Location
CapenaSee map here
Reviews
1
More info
From 550 - 595 per apartment per week.
Top floor (bedroom/ensuite/kitchen and lounges) can be rented for two people only at 335-395 per week Includes linen, cleaning and heating

This traditional and charming apartment is near to Rome, just 45 minutes by public transport, but also perfect for those wanting to explore the stunning Lazio region. Full of character, the apartment is in Casa Galilei which, in itself, is almost hobbit like with caves that are cut into the regions soft tufa rock. This apartment is the antithesis of cave like in feeling, however, with a large open plan design that extends over two levels, meaning that you also gain the most spectacular views over the surrounding valley.

This historic building was actually once used as the local monasterys guest accommodation, and was beautifully renovated ten years ago, using traditional design which includes handmade terracotta tiles and wooden beams. Indeed, the caves, which are closed off now, date back over two thousand years to Etruscan times and are believed to have been tombs.

Capena village is not only an historical and cultural place to stay, it is also very pretty indeed and, if you rent a car you will be able to access many equally stunning places in the area. We are huge fans of the Lazio region and love nothing more than to share some of its secrets with our guests. These include nearby lakes, Orvieto, River Tiber Nature Reserve and the Parco dei Mostri in Bomarzo. The Sabrine Hills, dusted with snow in winter, have plenty of walking trails and because its olive oil and organic produce is highly celebrated, Jamie Oliver filmed one of his TV episodes here. More trails are opening up in the region all the time, thanks to Capena being an active member of Italys environmental movement, Salviamo il paesaggio, difendiamo I territori. The local archaeology group is also very proactive in Capena , which means that there is plenty of information available on local sites such as Lucus Feroniae Roman site - Capena's own mini-Forum.

ROOMS AND FACILITIES
Casa Galilei sleeps six to eight people in three or four bed rooms spread over two floors. The fourth bedroom can be used as a second lounge if not used as a bedroom. There are two bathrooms, a kitchen, large lounge and laundry room.

2 minute summaryMap & highlights
Ive often thought about driving to Italy from the UK for our annual family holiday. Then Ive laughed hysterically and had a nice lie down. My childr...

2 minute summaryTop 10
Ditch the overpriced, overstuffed theme parks, abandon cruise ships, and give kids clubs the kiss goodbye. Instead of all inclusive resorts which do z...

Friendly local nature of the village and its people, also the warm
welcome from Juliet the owner. Beautiful charm of the accommodation, and its setting.

We support the local community in a general way by encouraging our visitors to use local shops and restaurants. Not content with the maps provided, we have drawn our own map of the area and we provide a guide to the local shops and reviews of the restaurants so visitors can make an informed decision about where to eat. Our watchword is "Live like a local".

The village has a very thorough recycling scheme and we encourage guests to sort waste and put the bins out for collection on the correct days through our "It's not rocket science" recycling campaign.

Apart from general practical information about the area and the village, including directions, we also provide visitors with other information about the village's history and its culinary and artistic heritage. The entire Sabine Hills area is reputed to produce the best olive oil in Italy due to its low acidity and we emphasise this to our guests and tell them about local olive oil trails. We are constantly seeking out new local attractions, preferably off the beaten track and over 10 years this has evolved into a new website: www.hiddenlazio.com, which is continually being added to. We encourage visitors to use local transport if possible. We provide detailed instructions on the best way to reach the village by public transport and otherwise lay on a taxi service so that guests can avoid the need to rent a car.

Casa Galilei was a completely derelict corner of the Renaissance monastery built on the site of the village's medieval fortress before we restored it. Formerly the monastery guest quarters, it had been uninhabited for nearly two centuries and used to house chickens and a mule. Caves at the back of the property were actually tombs in the Etruscan necropolis that predated the medieval and renaissance buildings and bear evidence of hand-working more than 2000 years old. The building was restored by a local master builder, Mimmo, who was born in the village and is completely familiar with the local materials and building styles after a long apprenticeship with his father. He and his brother Comilvio worked non-stop for 18 months to restore the building expertly using the materials that would have been used originally, i.e. hand-fired terracotta tiles, specially imported from Tuscany laid in the pattern that would have been used for this type of dwelling, and colossal chestnut beams that had to be manhandled into place using a winch and pulley system much as the monastery's original builders must have done. The original room plan has been left as it was. Light is funnelled into the two windowless rooms that are inside the monastery building from the brightly lit outer rooms by a clever system of skylights and openings in the walls.

The village has been awarded funding to restore the historical centre and work on this massive project is well underway, with a new drainage and sewage system installed to replace the ancient system of leaky pipes, new cobbles and - best of all - a car park below the old square so that the area will soon be traffic-free. The next stage of the work is now going in, which is to restore the facades of the buildings facing onto Piazza del Popolo.

We try to minimise energy use. We also have showers and half-flush toilets. The walls of Casa Galilei are 3 feet thick and provide wonderful insulation, meaning we do not need air conditioning or fans in summer and hardly any heating in winter (though we do have gas-fired central heating).

The village started a very comprehensive waste recycling scheme about two years ago.

Many of our guests enjoy visiting the River Tiber nature conservation project near Nazzano, a nearby village. The conservation area is a paradise for bird-watchers with many bird hides and well-maintained footpaths. Other attractions include river trips down this unspoilt stretch of the Tiber, coupled with lunch at the organic restaurant in the reserve with the added bonus of wild boar spotting!

We run a paper-free operation as far as possible and conduct all bookings and administration via the internet.

The house is equipped with broadband internet and is proving very popular as a retreat for writers or other types of teleworker. Nearly all our returning guests fall into this category and welcome the chance to feel part of the local community.

The houses are owned and administered by Juliet, who lives in England most of the year but has a long association with Capena, having lived there for a few years in the early 1980s and now a very regular visitor. The properties are run from day to day by her friend Stefania who is a much-loved and respected member of the local community. Stefania speaks English, Spanish and German and is also wonderful and infinitely patient with our guests, sometimes taking them on days out, inviting them for meals in her own home, introducing them to the locals and generally making them feel part of the local community.

Our cleaners Debora and Enrica live in and around the Rocca.

Casa Galilei and Casa Marconi are both newly restored properties but despite this, it is amazing how many odd jobs need doing all the time. Stefano, our odd job man can turn his hand to anything from mending a leaky pipe to fixing the internet and is frequently called upon to do both. He lives round the corner and is particularly appreciated for his willingness to help out at the drop of a hat even in the evening or at weekends.

Capena now has a thriving community centre (Cantiere Sotto Sopra) that puts on initiatives of all kinds, from gospel choirs to salsa classes via lessons to make traditional cakes at Christmas. Casa Capena supports the centre and some of our musical guests have even performed there! 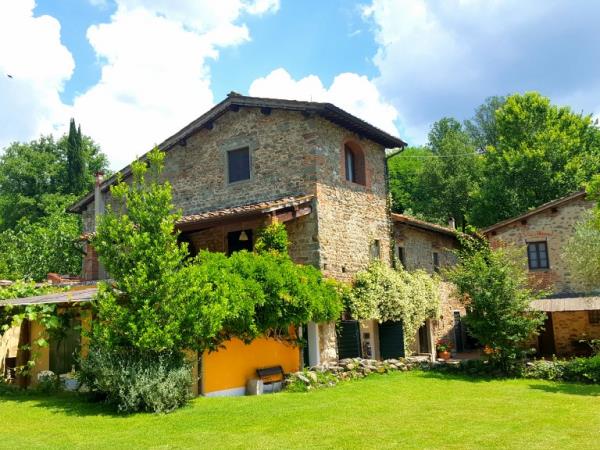 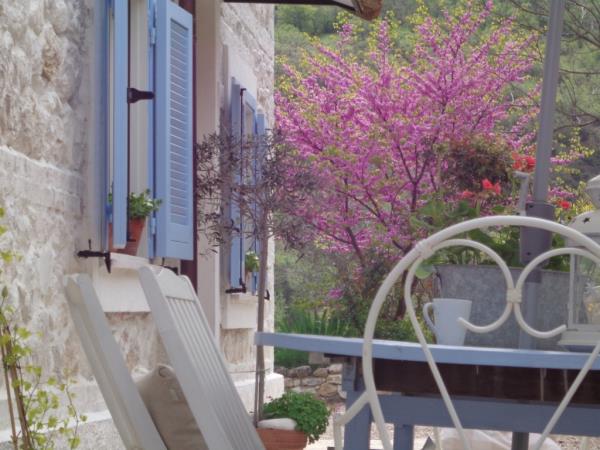 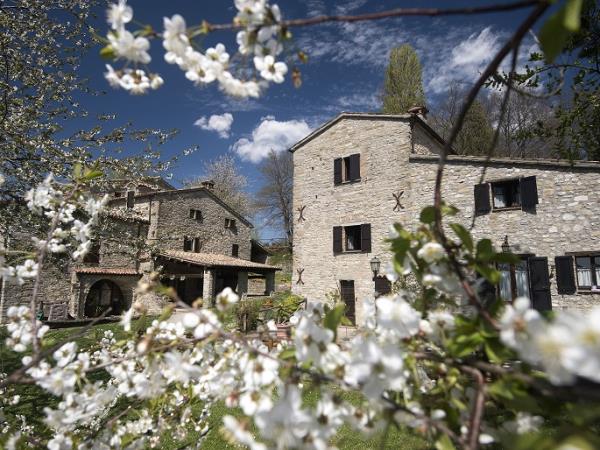