Menu
The future of zoos

Responsible Travel has been contemplating how zoos could look in the not so distant future.The adoption of a relatively new concept emerged from the growing concerns surrounding captive wildlife; the virtual reality zoo, the izoo These images bring to life the new type of zoo concept and suggest how virtual reality could solve the problem of zoos. 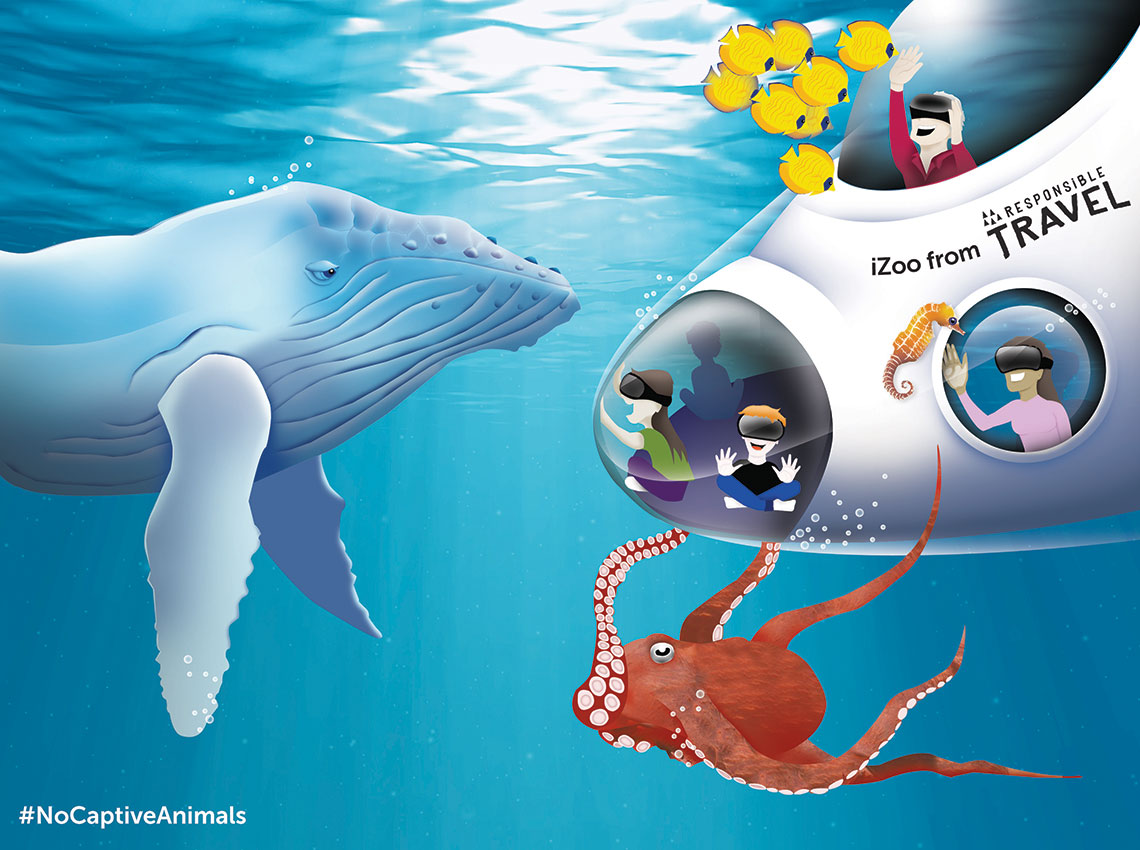 Visitors can climb into a stationary submarine at iZoo. They are given virtual reality headsets that allow them to dive deep into a virtual ocean, coming face to face with marine species. Illustration by: Lisa Joanes.

In this way, people can be connected to a virtual world full of wildlife. Although it seems futuristic, with the development of technology we believe iZoo is just around the corner. Virtual reality headsets will soon allow children to fly on zip wires with virtual birds and dive in a submarine over a virtual Great Barrier Reef.

The ease of global connectivity means that conservation issues can now be brought directly to large audiences around the world. Field conservationists, biologists and researchers can be beamed directly from the savannah or the rainforest and onto large screens at iZoo. The audience can then ask questions which will flash up on the screen, while the conservationists answers will explain the challenges and benefits of conservation. With current technology advancements, is there a need for zoos in the future?

Field conservationists are beamed directly from the savannah and into iZoo. The audience can then ask questions which will flash up on a large screen immersing a global audience into conservation challenges and benefits. Illustration by: Lisa Joanes.

Read our other zoo articles: