I had the immense pleasure of listening to Al Gore speak at the business leaders event I hosted during Nature Day at COP26. His comments on the climate crisis were, as ever, insightful and loaded with a challenge for us all to do more. They were also optimistic. Given its been 15 years since he released his film An Inconvenient Truth which laid out the scale and realities of global warming  and taking into account the slow progress from governments globally to address climate change since - I find his optimism both astounding and truly inspirational.

You can watch his speech in full below  but in short, here is an overview of what he said. 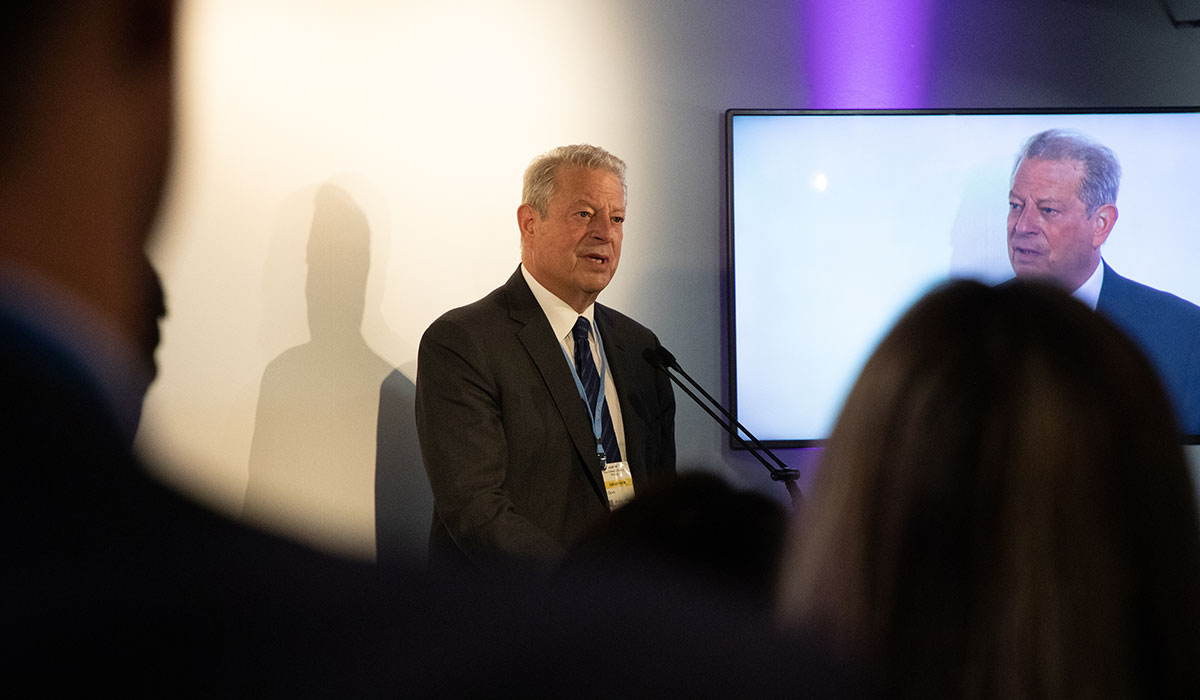 There is no competition between climate and protecting nature, the IPCC and the international body dedicated to protecting biodiversity have made it very clear. Climate and nature are inextricably interlinked.

In the past decade, land use change has been responsible for 10% of all carbon emissions.

Theres 3.3 times as much carbon stored in first few centimetres of topsoil than in all the trees & vegetation in the world put together. It is only relatively recently that land use conversion and agriculture have become a primary source of greenhouse gases.

Regenerative agriculture which keeps soil covered, reduces tilling and keeps roots in the ground is significant. We know that farmers in the USA who farm in a regenerative way have much more resilience to extreme weather events than those who dont.

Business accounting systems that separate financial profit from the impacts on nature and climate are no longer valid.

For too long, our measures of economic success have ignored greenhouse gas pollution, or plastic waste going into the ocean, depletion of top soils, the assault on biodiversity, a lack of investment in education or environmental protection - things considered external to our standard accounting system.

Investing in protecting nature and climate is a win win win for business, for climate and for us. As Winston Churchill once said. The time for equivocation and half measures has passed. We have entered a period of consequences.

We are seeing the consequences of climate change all over the world. It is in our own-self interest to make the changes needed to protect nature and address global warming.

Marginalised communities, communities of colour, and those of low income around the world are more likely to suffer the effects of climate change, to be deprived of green space or be unable to access the healing effects of being in nature.

Indigenous populations  just 6% of the worlds total population  live on 26% of our land mass. However, they act as stewards to a huge 82% of remaining biodiversity that is currently in jeopardy. 2020 was the third worst year on record for primary tropical tree cover loss, after 2016 and 2017. A loss felt most keenly by indigenous communities. We need to move away from deforestation and towards regenerative agriculture.

There is overwhelming evidence that we are meant to be in nature and the benefits of nature for human health and justice are significant.

Both the WHO and a collective of 230 medical journals worldwide issued a release in September reporting that the climate crisis was the number one threat to human health around the world.

There are many technologies being developed to pull CO2 out of our atmosphere. They may prove effective with time.

But as of now, the best technology we have to remove carbon from our atmosphere is a tree. Scale that technology up and its called a forest.

Protecting nature is essential to solving the climate crisis.