Montenegro walking holidays are all about the countrys magnificent national parks, because this small country is packed with protected and very pretty landscapes. A two centre holiday, you start in the mountain town of Zabljak, gateway to Durmitor National Park, where the Mount Durmitor plateau is surrounded by a plethora of lakes. Staying here gives easy access to go hiking among the forested slopes, along the stunning Tara Canyon, through a land brimming with waterfalls and even swimming in glacial Crno Jezero lake.

For the rest of the trip, you're based further south in Perast on the Bay of Kotor, a beautiful Venetian town on the shores of the Adriatic. Indeed it was described by Lord Byron as 'the most beautiful encounter between land and sea, and there are many such villages along the coast oozing Montenegrin littoral loveliness. As well as exploring the coast, however, you also take a day out in Lovcen National Park, where one of the most popular treks is up to the top of Mount Lovcen, to visit the mausoleum of the much beloved 19th century ruler, philosopher and poet, Njegos.

You leave one of Montenegros best kept secrets until the end of this walking holiday: Lake Skadar National Park on the border with Albania. The largest lake in the Balkans and very remote and pristine, it is a haven for birdlife, there are glorious walks all around it, and you can take a boat trip around it to see some of its highlights, including a 14th century monastery on an island in the middle of it. Dinners are included in this trip, except on your free day, and so you will also get a chance to savour the unknown and very much underrated Montenegrin local produce and cuisine. With almost every village producing its own cheese, they also have their own version of Prosciutto called prsut, and the coast is seafood central. In addition, there are thirty wineries around Lake Skadar alone. So plenty of goodies to fill your walking boots.

2 minute summaryMap & highlights
Montenegro punches above its weight. It might be small and sparsely populated, but its scenery is big, bold and dramatic  and its a paradise for wal...

2 minute summaryMap & highlights
Walking holidays are the oldest form of tourism known to man. For centuries people have travelled by foot whether it is was for a pilgrimage or just f...

We are well aware of the impact tourism has at home and abroad, and we make every effort to balance the environmental impact of travelling with the immense benefits sustainable tourism can bring to destinations and the people who live there. So we start in the office: we turn off all electrical equipment every night; we use energy-efficient bulbs; we measure print and paper consumption, and re-cycle wherever possible; we print our brochures on paper from sustainable sources.

All our holidays have their own sustainability rating so our customers can be sure that we are collectively supporting responsible tourism.

Group size: Having no minimum number means that groups sizes can be small and therefore the trips have less impact on the environment.

Walking has very little impact on the environment as you provide most of the energy yourself and, when youre strolling from place to place, you can enjoy a relationship with locals in a way motorists passing through never can. We promote an understanding of the local culture and history in order to provide a better experience for visitors and hosts.

By including the entrance fees to several national parks we are contributing to their preservation.

We proactively encourage our customers to think about travelling responsibly too: packing light, saving water, buying locally and re-cycling all maps and route notes at the end of their trip.

Leaders & local suppliers: We use a family-run local agency who manage this trip for us, and they in turn use guides from the region.

We include visits to small local producers of produce such as wine and prosciutto, helping to support local businesses.

Many of our overseas staff have worked for us for many years now  in fact, the 20 returning staff this summer have, between them, clocked up an impressive 189 years! 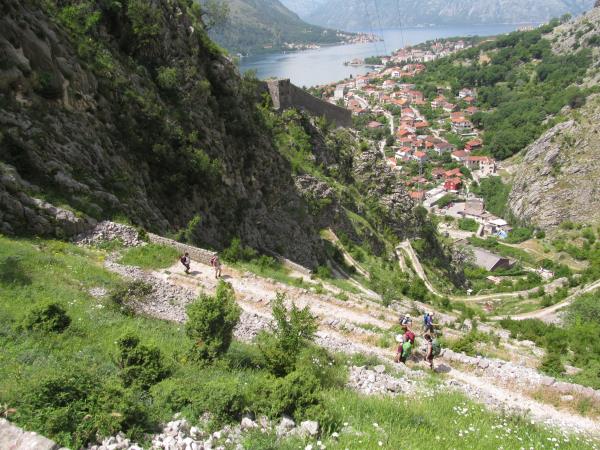 Self-guided pleasure walking in the beautiful Bay of Kotor 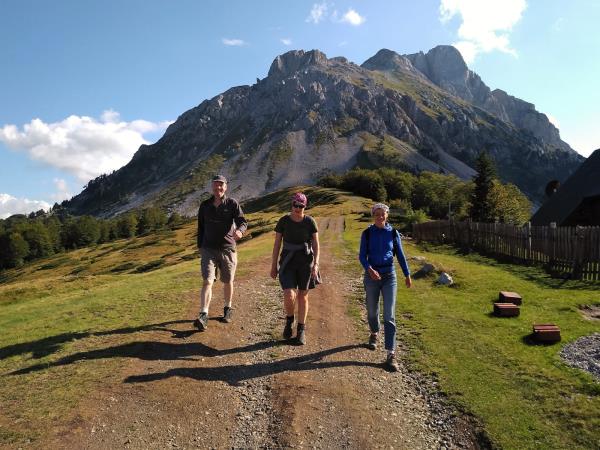 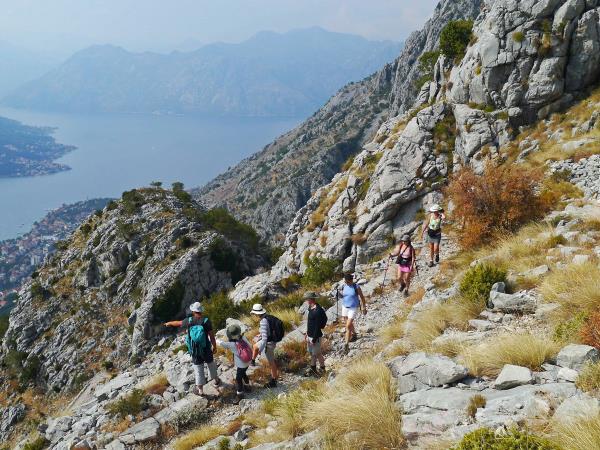