This eight day Sicily walking holiday is not only an amazing way to see this volcanic island but also takes in three other islands in the Aeolian archipelago just north of Sicily, also volcanic and also boasting great natural beauty. Because although Mount Etna is the most famous, the volcanoes in Sicily spread far afield.

Starting in Catania on Sicily, we head straight away by ferry over to Lipari, the largest of the Aeolian islands and have time to settle in after the journey, staying in a locally owned 3 star hotel. Our treks begin properly on day two when we hop over to the island of Vulcano where we take a three hour guided trek to see the islands steaming fumaroles, and also make the most of the volcanic thermal springs. The perfect remedy after a hot hike.

Because we go back to Lipari that night, this gives us a whole day of walking here the next day, with a morning hike up to the north coast to gain great views over the crater of Monte Pilatus which erupted in 729 AD. Then another trek to the south of the island in the afternoon gives views back over to Vulcano crater, and great perspective over the geological formations created during ancient times.

Lipari is followed by two days on the island of Stromboli, a perfectly formed volcanic beauty, still fully active and just 12km2 in size with a 900m summit which we will climb during our stay. Although the summit is closed in the event of volcanic activity, not surprisingly, but the last time that happened was 2007. There is also plenty of time to enjoy the islands wonderful black beaches and, at dusk, hike to the west side of the island to witness the Sciara del Fuoco, a river of lava that washes straight out to sea. For many, this is one of the most memorable sights of the trip.

And finally, back to Sicily to spend two days not only climbing Mount Etna, where we spend one night in a mountain lodge, but also taking in some of the other cultural attractions. Such as the medieval hilltop town of Taormina, famous for its ancient Greek theatre which is still used for a prolific summer festival. But it is Etna that takes centre stage on this island, which we climb with expert guides to a point where we can see the four craters at the summit, as well as superb views across the contrasting cobalt blue sea.

2 minute summaryBest time to go
Less effusive and more inscrutable than their mainland counterparts, Sicilians dont conform to carefree Italian stereotypes. Life on the island has b...

Small group tours:
Small group travel is not large group travel scaled down. It is modeled on independent travel – but with the advantage of a group leader to take care of the itinerary, accommodation and tickets, and dealing with the language. It’s easy to tick off the big sights independently – but finding those one-off experiences, local festivals, travelling markets and secret viewpoints is almost impossible for someone without the insider knowledge gained from years in the field. Those with a two-week holiday, a small group tour will save valuable planning time.
Our top tip:
Walking poles are essential on this on hilly lava, rocky ash and sandy terrain. As are gaiters, to stop ash getting in your boots.
Trip type:
Small group holiday. Max. 16 people. Min. age 16.
Activity level:
Moderate to challenging, 3-5 hr/day on hilly or steep terrain.
Accomm:
4 nights apartment, 1 night mountain lodge, 2 nights 2* hotel, all traditional Sicilian style.
Included:
Flights from London, accommodation, all breakfasts, 4 dinners, transport, tour leader.

Good!...The optional trip on Etna was very interesting, even though we couldn't get to the top Read full review

Activity:
Few holidays have as little detrimental impact on the environment and local residents as a trekking trip. Erosion on and adjacent to popular paths is a growing problem in certain places and therefore our trip leaders encourage clients to stick to advised routes in order to minimise this. We do believe in leaving no more than footprints although this tour actively encourages guests to talk to local people, visit local cafes and restaurants, and use shops to purchase traditional gifts and crafts.

Accommodation and Meals:
We spend 4 nights in family run apartments in the small village of Canneto, 2 nights in hotels and 1 night in a comfortable mountain lodge. All of the accommodation we have selected is run by local people, which is good for the community. Tourism is particularly important for businesses on the very small islands and remote mountain ranges we visit. Where meals are provided, local and organic ingredients are used wherever possible. There will be a range of Mediterranean food on offer- pizza and pasta with rich tomato sauce, arancini, olives, fresh seafood, gelato and granita. Your local guide can suggest restaurants to suit your needs where meals are not supplied.

Local Craft and Culture:
A large amount of this tour is focused on nature and climbing volcanoes, however we encourage clients to engage with locals wherever possible. By using local services like hydrofoil transfers and authentic restaurants we encounter real people and can forge connections between clients and locals. One evening in Lipari we organise a wine tasting in a wine shop. Here we can try regional wine, cheeses and other bites in an authentic environment. There are other local crafts for sale throughout the tour and buying these generally has a positive effect on small businesses. However, we ask that clients do not buy obsidian stones as we dont like to encourage damaging larger rocks.

Charity:
If clients are interested, we can organise a meeting with a local N.G.O. called G.A.P.A. which we have supported in the past. This group actively helps children in one of the poorest neighbourhoods in Catania by organising summer camps, school support, sports activities and neighbourhood improvement meetings. They are self-funded and usually make money by hosting dinners, concerts, shows and exhibitions so by visiting something like this we can make a large contribution to this worthy cause. 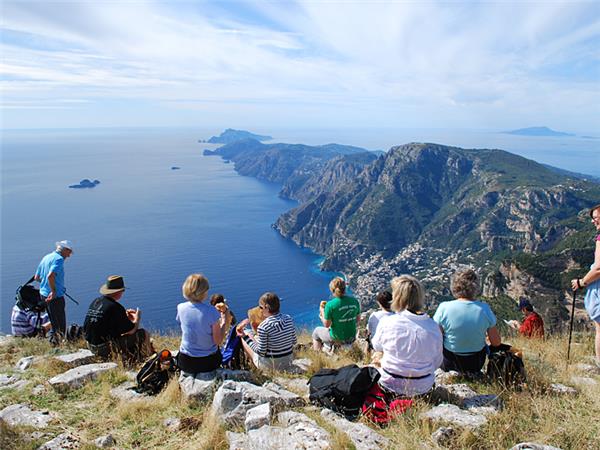 Walking and wine tasting in Tuscany 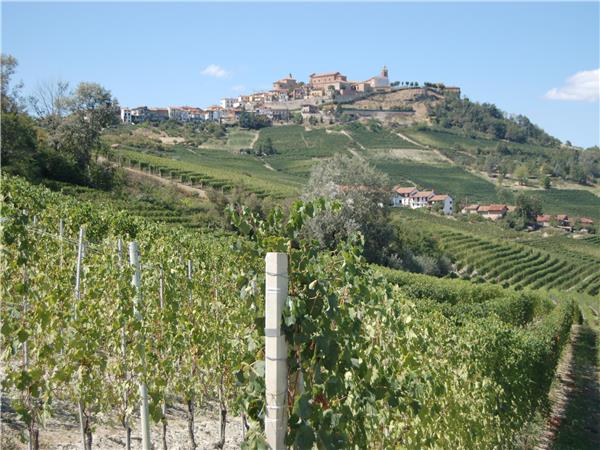 A gastronomic gem quietly tucked away