Alongside a rich imperial past, Uzbekistan boasts an equally absorbing present as Central Asia's only Stan to border the other four - a cultural and geographic crossroads that made it one of the legendary Silk Roads key meeting points. This trip provides a remarkable journey along timeless trading routes linking East and West.

Begin in Tashkent with Tamerlaine's Square, Chorsu Bazaar and the old city's most striking mosques and madrassahs, before heading for the beautifully preserved medieval city of Khiva through the Kyzyl-Kum Desert  a glimpse of rural Uzbekistan enlivened by visits to the 'desert citadels' of Toprak Kala, Ayaz Kala and Koi Krylgan Kala. Amid Khiva's wind of ancient lanes, discover the old citadel Kunya Ark, the Emir's Palace and the magnificent Juma Mosque with its 200 individually carved wooden pillars.

Driving on through haunting desert you reach Bukhara  a place of atmospheric alleyways, tiled madrassahs and beautiful palaces as enthralling today as their Silk Road heyday. Compare the East-meets-West style of the Emir's Summer Palace with the one in Khiva, alongside the majesty of Kalyan Square with its great minaret and the 10th century Ismael Samani Mausoleum.

Traversing the Golden Road, pause at the potteries and shrines of Vabkent and Gijduvan, before arriving in the storied city of Samarkand. Memories of renowned ancient ruler Timur Lang (Tamerlaine) dominate the remarkable capital of one of Central Asia's greatest former empires. Visit Tamerlaine's Tomb, the Ulugbek Observatory and the Shah-i-Zinada complex, as well as the majestic Registan Square, ringed by stunning blue tiled madrassahs.

End your journey with a glorious day trip to Tamerlaine's birthplace Shakhrisabz in the heart of the Zerafshan Mountains to enjoy breathtaking views from the top of his Ak-Sarai Palace, as well as visiting Timur's intended Mausoleum and the Kuk Gumbaz Mosque.

2 minute summaryBest time to go
Silks and spices gave the world brilliance and flavour, but the men who travelled the Silk Road shared the priceless gifts of art, architecture and, a...

2 minute summaryBest time to go
Traversed by traders selling silks and spices for centuries, the Silk Road, and the historical cities along its spidering tributaries, shared the pric...

There's some long drives involved which can be a bit tedious, as landscape doesn't really vary, and toilets en route a bit dodgy. Take water and something to read.

Excellent. One hotel (Samarkand) a bit disappointing - adequate but characterless, and staff not particularly helpful - but all others very good. Guide on route from Tashkent to Khiva was very poor, and guide in Shakhrisabz rather disinterested, but all other guides and drivers very good.

Relax and enjoy the people and country but make sure your drivers and guides understand your itinerary and interests.

Yes although one does wonder about the use of cars in certain environments.

We have a strict environmental policy to make sure that the fragile eco-structure of the desert is not damaged or spoilt in any way. Our guides are trained to uphold this policy and all clients are fully briefed on appropriate/responsible behaviour whilst in wilderness areas. Our Leave No Trace ethic is applied to all trips in all regions, and as tour operators is something we are careful to promote. In each area we employ and develop close relationships with drivers and guides. We feel the interaction between our friends and our clients offers both parties a valuable understanding between cultures.

In Uzbekistan we use local ground handlers who in turn book locally run hotels, providing employment for a number of members of staff and support families. The ground handlers also use local drivers and local guides at the sites  our clients are taken to local family run restaurants. This means that all the operational costs go directly into the local economy. For example in Samarkand we take our clients to a paper making factory that is reviving the traditional form of paper manufacture that only died out in the early part of the 20th century. This is reviving an ancient art and providing local employment.

In order to facilitate an enduring support structure for the communities we visit, and to show a commitment to these values, in January 2009 we set up a charitable foundation through which we can channel funds to both existing NGOs and our own development projects. In addition to organising ethically sensitive tours, having our own charitable foundation allows us to raise money  through the cost of our tours, charity trips and fund raising events  which can then be used to fund various projects in education, sanitation, reforestations and a number of other important issues facing developing communities. Wherever possible we are happy for our clients to visit these projects to see for themselves where and how this money is being spent. This is a very exciting development for us and something we hope in time will become a major part of our organisation. 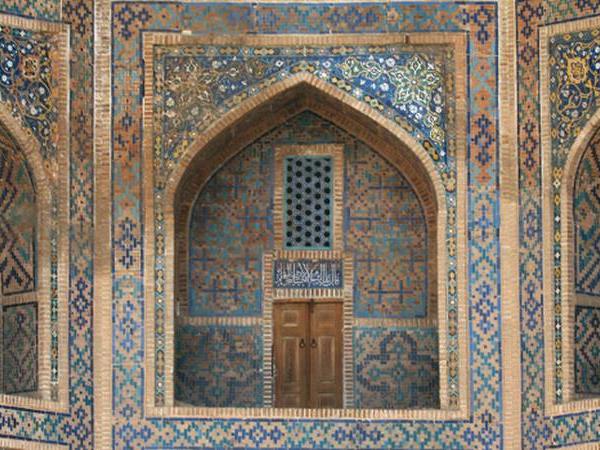 The Silk Route, Beijing to Tashkent

Travel from China to Central Asia on this historic journey