Duration
8 Days
Type
Tailor made
Reviews
1
More info
7 nights accommodation (5 half board+2 B&B) based on two in a shared twin/double room.Transfers to/from hotels and the airport and ferry ports.
Baggage transfers and people transfers as indicated.
Inter-island flights and ferries + private guide.

Trek through the spectacular landscapes of Santo Antão, the second largest of the Cape Verde islands, famous for its wonderful walking. Home to huge, jagged peaks, unusual rock formations, volcanoes, ravines and lush green valleys, the scenery and views on this wonderful island are all so striking. Terraced fields cut into the almost sheer valley sides are farmed by local people, who grow fruits and vegetables, including sugar cane, bananas and cassava. The coastline of Santo Antão is equally spectacular, with paths threaded along the cliffs offering some of the most dramatic coastal walks anywhere in the world. As you walk, drink in the views but also keep any eye out for the islands wildlife, including vultures, kestrels, wagtails, blackcaps and reptiles.

Our walks are concentrated in the north east of the island. This eight-day holiday runs on a guided basis. Paths are generally good but are sometimes not well marked and can become indistinct or overgrown in places. In addition, the island itself is safe and local people very happy and friendly, but its interior is remote, and its villages are relatively inaccessible. Thats why using a local guide is recommended. They are not expensive and our guided package includes your own private guide who will also be able to give you lots of background and information, so you get the most from this island.

Its useful to have a good head for heights, for both the paths and the mountain roads! Paths are mostly mule trails with only a low wall between the path and the drop off! All flights and ferry rides between the islands are included.

7 nights accommodation (5 half board+2 B&B) based on two in a shared twin/double room.Transfers to/from hotels and the airport and ferry ports.
Baggage transfers and people transfers as indicated.
Inter-island flights and ferries + private guide.

2 minute summaryMap & highlights
Historic mule trails thread through the terraced hillsides of Kynthos, Greece. After a little clearing and a bit of mapping, theyve proved to be exce...

2 minute summaryBest time to go
This relatively unknown archipelagic nation, made up of ten volcanic islands lying 500km off the West African coast, is fortunate in so many ways. Geo...

The hiking in Santo Antao is outstanding. The scenery is spectacular and the paths are generally pretty good with the locals always ready to lend a hand
when you get lost. The local transfers of bags and hikers was generally very reliable (couple of minor issues but nothing more than we expected). The local
"agent on the ground" was very good and Deborah did more than could be expected to help us to get sorted out after our delayed start. The
accommodation was of a reasonable standard and generally better than we expected. Food was good except at the Casa das Illhas in the Paul Valley.

Do not rely on the tour operator to help out if things go wrong with your flights, they won't! We went on the self guided trek and managed pretty well but some of the tour operator's instructions are wrong and the GPS waypoints they provided were just a list at the end of the directions with no reference to
where they applied to! Experienced hikers will be fine and if the directions were simply updated/corrected it could be easy.

The local people are very poor and tourism is really helping their economy with many of them directly employed by it.

We had a great time after a very difficult start due to the plane having to return to Lisbon because of a sandstorm.

By ecological tourism like this to Cape Verde we are helping to conserve the pristine beauty of the island which could be lost were visitors not to come to enjoy this landscape.

We recommend the use of a guide for this trek. Not only will the clients get to enjoy the beauty of these areas and to enjoy the local wildlife, flora and fauna but the guide is able to give them a greater appreciation of its importance to the island.

We advise all of our clients to stay to the marked paths. This is to maintain the environment as they pass so that it remains pristine for walkers using the pathways in the future. We also advise that they take all of their rubbish with them until the end of the day and recycle or dispose of it as is appropriate.

Whilst the accommodation which we use is surrounded by the lush greenness of the hillsides and their vegetation they do not impinge on it. They also are in areas where it is possible to enjoy the wonderful vistas of the island.

For all of our guided walking we use a guide who has been guiding walkers in Cape Verde for a great many years. This enables our clients to benefit from hikes enhanced by our guides' local knowledge on the island's diverse flora, fauna and wildlife as well as in insight into how the island works and its culture.

Wherever possible we attempt to make the most of local products and services which are available in order to enhance the holiday for our clients. This can include the use of local transport companies or car hire where necessary, as well as the locally owned and run accommodation hotels which we partner with on the island.

We believe it is important to work with the local community in order to maintain the beauty and splendour of the islands of Cape Verde as it currently is rather than it being spoilt, which could so easily happen were the local community not behind working to keep the island in it's diverse paradise. 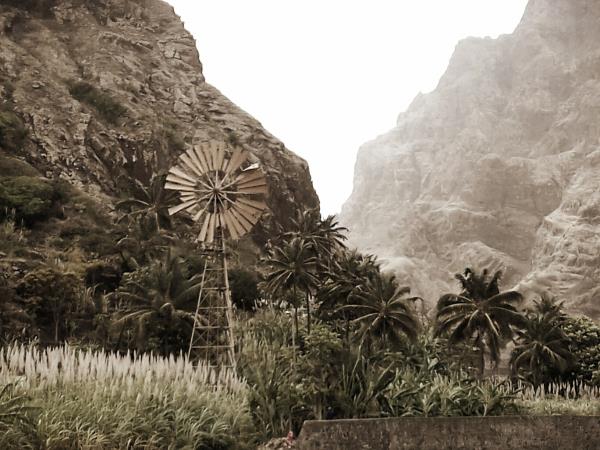 Celebrate the locals and landscapes of Cape Verde 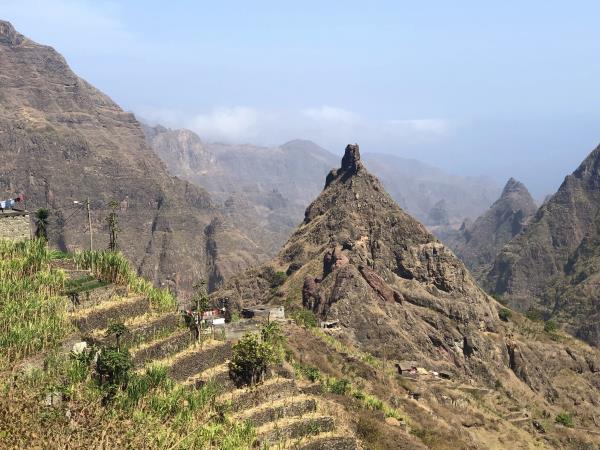 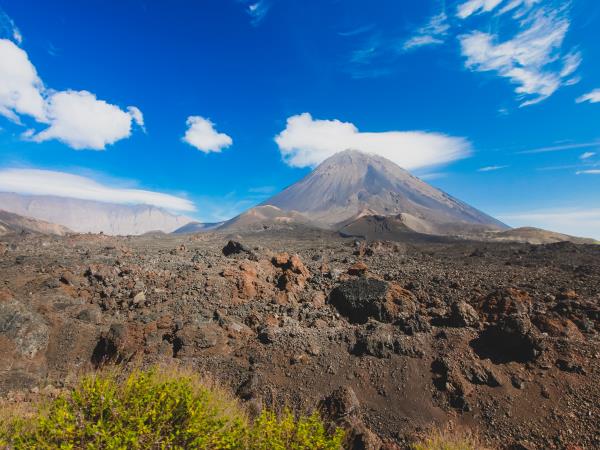