This Costa Rica holiday is tailor made, but manages to remain affordable thanks to the use of modern, shared minibuses between each of the countrys natural highlights. This is a great way to tour the key highlights  beginning in Tortuguero, named after the green turtles that nest on its Caribbean shoreline, but whose protected rainforests also shelter sloths, otters, caimans and several species of monkey. Your eco lodge here has its own private canal, and the jungle wildlife is best spotted during gentle, early morning boat tours. By night, observe turtles laying their eggs on the moonlit beaches during the nesting season.

Next youll take a shuttle bus to Monteverde, via San José. This is one of Costa Ricas most famous protected areas, and offers a whole new ecosystem: the cloud forest. This is one of the worlds richest habitats, and Monteverde is home to some 400 bird species along with 100 mammals. If youre lucky, you may spot the resplendent quetzal. Well marked trails here are ideal for self guided nature walks. Another bus takes you onwards to El Arenal Volcano. Its not been active for some time, but its still a gorgeous sight, especially reflected in the waters of Arenal Lake. End your tailor made Costa Rica holiday on the Pacific coast, on the beaches of Manuel Antonio National Park. The popularity of this beach means there is a wide choice of accommodation here to suit all budgets. Explore the lush jungle backing on to the beach, and seek out monkeys, iguanas, sloths, armadillos  and some 350 species of birds.

2 minute summaryBest time to go
Little Costa Rica is an adventure playground on an enormous scale. Adventurers can negotiate its rain and cloud forests on foot, horseback, mountain b...

The wildlife watching was truly exceptional. In every location, we saw wonderful things, plants, invertebrates, reptiles, amphibians, birds (!!!!) and mammals. It was easy and rewarding to see a great variety of species. Read full review

Ecotourism in Costa Rica is one of the key activities of its tourism industry. The country was a pioneer among of several in Latin America turning to ecotourism as a way of responding to the growing demand for responsible travel. Eco-friendly lodges and activities draw visitors to the many extensive national parks and protected areas around the country, and you will be impressed by the slick and professional way in which these policies have come to fruition.
Our local partners in Costa Rica, with whom we work to select accommodation and activities for you, have a declared policy of adhering to responsible attitudes toward waste and water management and energy resources. They aim to strengthen these principals through management practices of their employees. The companies seek to minimize the impact of visitors on the landscape and its wildlife, respecting the fragility of the ecosystems. They aim to respect local communities, supporting conservation and development initiatives. As part of their work, they engage in activities to promote the human development of the communities they visit.

You will be travelling in shuttle buses - saving fuel on private transfers - operated by a group of companies with a strong commitment to sustainable tourism which participates in various projects around the country.

Your accommodation virtually throughout is in lodges which are dedicated to the conservation of the natural environment and wildlife.

Tortuguero National Park on the Caribbean coast has incredible biological variety owing to the existence of 11 different habitats, including rainforest, swamps, beaches and lagoons. Its home to the manatees, caiman and crocodiles, which live in the channels; and endangered jaguars, three species of monkeys and three-toed sloths among a multitude of mammals thriving in the forest, along with reptiles and375 species of birds. There are more than 400 species of trees and approximately 2,200 species of plants. Tortuga Lodge is a leader in the field of environmental protection here. Its a secluded lodge encompassing jungle trails, a private canal and an isolated beach on the Caribbean Sea. The lodge provides highly trained staff and guides, local descendants of the first settlers in the area who came from Jamaica, Costa Ricas main Caribbean city of Limon (also of Jamaican descent) and Blue Fields, Nicaragua. Your guides will insure that you see the hidden Tortuguero because they live here all year round and make a constant study of the environment. The beaches are a key nesting ground for endangered sea turtles, including hawksbill, loggerheads, green and leatherbacks. Tortuga Lodge supports scientific study of these creatures and protects their breeding grounds.

Following your visit to Tortuguero you will be heading to the mountains to explore the trails and observe the rich flora and fauna in the Monteverde Cloud Forest Biological Reserve. Administered by the tropical Science Center, the reserve was set up by Quakers to conserve its unique wildlife-filled landscape and protect it from the threat of hunters, mine prospectors and land developers. If you elect to take a guided tour in the reserve, your entrance fee will contribute to the sustainability of this policy.

You move on to the area around Arenal volcano, staying at Volcano Lodge. The hotel proprietor established a reforestation project called Leave your mark on Costa Rica. This ongoing project as thus far involved the planting of over 3,000 trees in the region. You, the hotel guest, can participate by planting a tree yourself here: enquire at the hotel.

Even when you are relaxing on the coast at the end of your holiday, you are on the doorstep of the Manuel Antonio National Park, which conserves its endemic wildlife. Your hotel here, Villa Bosque, is very much concerned with ecological good practice and is a participant in the Certification for Sustainable Tourism scheme - established by the Costa Rican institute for Tourism - promoting eco-friendly initiatives. The hotel has participated in beach clean-ups, donates money annually to the national parks organisations, and is a member of an organisation devoted to the preservation of the titi monkey, threatened with extinction on the Pacific coast.

The lodges and hotels we have chosen for you are active in their support of their local communities.

Tortuga Lodge on the Caribbean coast supports local organisations, donating annually to support turtle research and helping to build the museum. They also provide support for the volunteers of Global Vision International, and rebuilt the school in neighbouring San Francisco, also donating musical instruments and cost of traditional clothing fora children's dance troupe there. Tortuga Lodge regularly donates to the police force and Tortuguero village school. Arrangements can be made in advance if you want to combine your holiday stay there with volunteer opportunities locally.

El Establo Hotel in Monteverde is involved with cultural initiatives in the local community. One of their projects is to assist with the provision of costumes for a local childrens dance troupe (you may be able to see one of their performances; enquire at the lodge).

Your hotel Villa Bosque on the Pacific coast gives financial support to the Asociación Pro Bienestar del Anciano San Francisco de Asis in the neighbouring port of Quepos. This organisation provides support and assistance to elderly members of the community, including food, physiotherapy, medication and the purchase of a microbus. 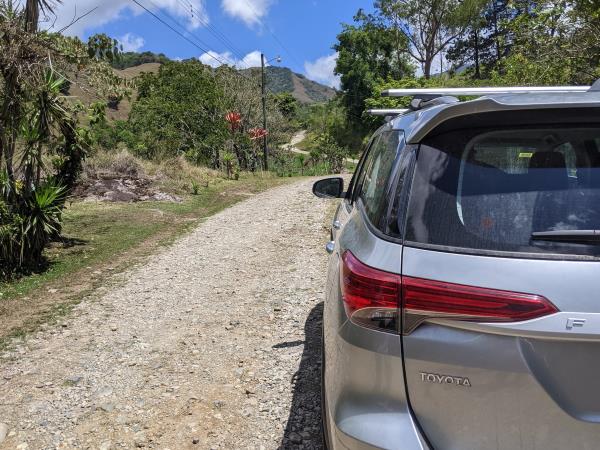 Self-drive Costa Rica's hidden gems, away from the crowds 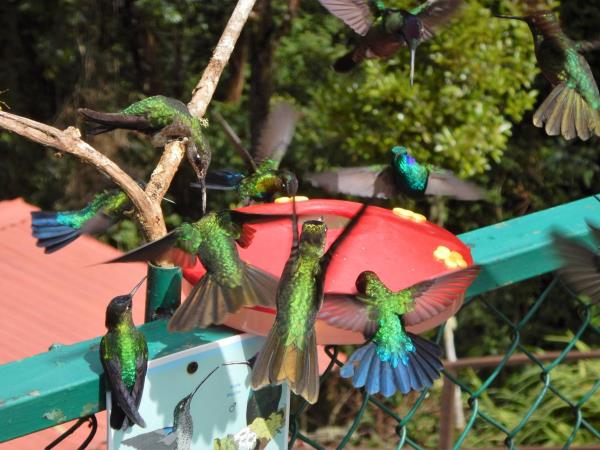 A tailormade selfdrive trip with a focus on natural history