Dipping into Kyrgyzstan, Tajikistan, Uzbekistan plus one of China's remotest regions, this trip offers adventure and culture in equal measure on an epic cultural journey along the towns of the ancient Silk Road, taking in spectacular ranges like the Tien Shan and Fan mountains, high nomadic pastures, rugged mountain passes and dazzling alpine lakes like Son Kul (3000m) along the way.

See dazzling storied towns ranging from the legendary cities of Samarkand and Bukhara with their array of breathtaking mosques and madrassas, as well as a host of lesser known ancient gems. These include the vibrant Uighur city of Kashgar, the 3000-year-old town of Osh, Khodjent (past host to Alexander the Great), the UNESCO-protected jewel of Khiva, the charmingly laidback Kyrgyzstan capital of Bishkek, the silk-making town of Margilon, the ceramics centre of Rishton, and the 11th century caravanserai Tash Rabat.

You'll also experience both the largest and oldest bazaars in Central Asia selling everything from camels to traditional crafts (from silk to metalwork), mix horseback exploration with journeying in a characterful old converted Soviet-era truck, climb the minarets of legendary mosques, and stay with locals either in communal yurts or welcoming family homes. Add treks to soaring 7000m+ peaks, and a chance to experience colourful local games like Kok Baru (Buzkashi).

2 minute summaryBest time to go
Traversed by traders selling silks and spices for centuries, the Silk Road, and the historical cities along its spidering tributaries, shared the pric...

What's included:
Trips are on full board basis, and include transport as outlined in itinerary, twin-share accommodation and entrance fees.
Our top tip:
There are some long days driving on bumpy roads  take travel pills if youre prone to sickness.
Trip type:
Small group. 4-12 adults plus tour leader.
Activity level:
Leisurely/moderate. Some long days on foot.
Accomm:
13 nights hotel/guesthouse, 9 nights homestay/yurt.
Solos:
Solo travellers welcome. Single rooms available.
Meals:
22 breakfasts, 21 lunches, 19 dinners.
Included:
Accommodation, all transport, local guide, all activities, entrance fees.
Pricing:
The currency converter above works on todays interbank exchange rate. We do take bookings in a variety of currencies, but the rates are often set months in advance and may therefore differ from those shown above which are for guidance purposes only. Please enquire for details.

Road journeys. And bus that had plenty of space to sit alone.

Read the pre departure information. Dont take a bag you cant handle easily up flights of stairs without help. Dont chose this trip if you are going to demand to sit at the front because you get car sick. If you get car sick this is not the trip for you. If you are the sort of person who gets irritated by lots of check points and and bag searching this is not for you. I loved the trip but then I had a 14 kilo back pack, two hands free and a sense of humour.

It benefited local homestay and yurt owners. And local drivers and guides.

I chose it as high on journeys and landscape but low on city tours which I dislike. It delivered.

Travelling the mountains of Tajikistan and the homestay there.

Enjoy. Do not bring so many things: it is not so cold, you do not need a slipping bag nor the sheet, nor gloves. All the stays, even yurts, are warm. 8Bring comfortable shoes for walking and a pair of slippers.

In Central Asia we have developed unique relationships with many of the semi-nomadic peoples of the region and through our form of interactive, socially conscience tourism have helped them adapt to the modern, changing world by providing important income opportunities. With Sogan Bai, an eagle hunter from the shores of Lake Issyk Kul, or Noorgul, a shepherdess from the pristine Son Kul, or Nazira and her family at Tash Rabat, we have been responsible for introducing them to the homestay market, helping them to provide good, clean and interesting accommodation which in term allows them to educate their children, improve their standard of living and look after their ill.

The wonderful thing about this kind of interactive tourism is that everyone gains  the nomads financially and us with the wonderful welcome and experience they give us. On our horse treks, we work exclusively with the fine horse-man Anar Bek, who along with his family and members of the local community, ensure that the horses we trek with are well treated, well fed and well looked after. Wherever possible we stay in locally owned accommodation, eat in locally owned establishments and purchase supplies from the local nomads.

We also support several NGOs around the world, all carefully selected to improve the standard of living for the communities we visit. 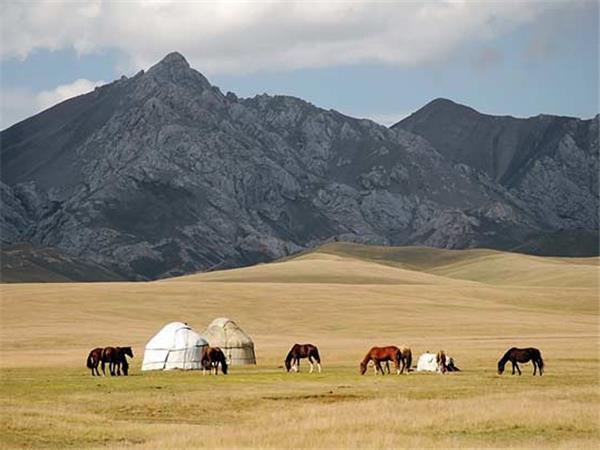 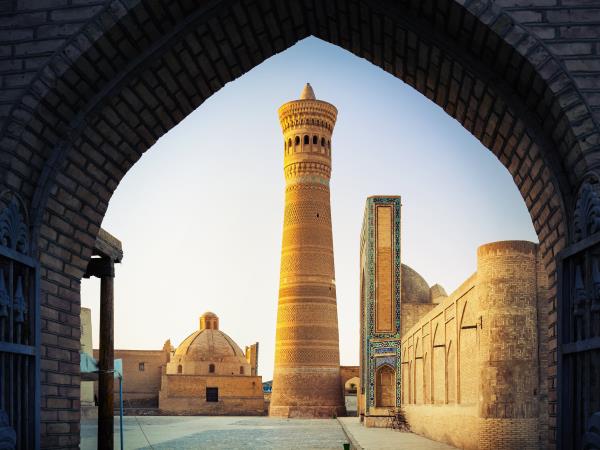