This Croatia cycling holiday is a small group tour, fully guided and following a spectacular itinerary through five national parks. The first is Risnjak National Park which is in the north of the country, in the Gorski kotar region, boasting superb mountain and forest trails. Following this is Velebit Nature Park, which is actually two national parks combined into one: Paklenica NP and the Northern Velebit NP, the former a land of canyons and pine forests and the latter all karst limetone wonders.

Plitvice Lakes National Park, and UNESCO World Heritage Site, is for hiking rather than biking, but well worth it to see its uniquely beautiful chain of sixteen turquoise lakes, connected by waterfalls and pools. We will also hike in Paklenica Canyon, but are back on our bikes in Krka National Park, taking in its karst limestone features, waterfalls and also climbing to a magnificent viewpoint at Lake Visovac.

This cycling holiday is categorised as easy to moderate, and we have full vehicle support along the way, transferring luggage from hotel to hotel, but also being there for anyone who wants to take a rest for a while. We want you to enjoy the national parks, the nature reserves that surround the Mreznica, Krupa and Zrmanja rivers, as well as traditional Croatian rural life. We use quality, multi-gear touring bicycles, and follow paved roads with almost no traffic, avoiding big climbs when possible. Short enough for you to get off and push if you prefer. This is a holiday after all, not a race, although a sense of adventure is the one thing that you should bring with you, as well as having a flexible approach in the event of us having to change the itinerary at the last minute.

2 minute summaryMap & highlights
Most cycling holidays in Croatia are hop on, hop off trips. Hop onto your saddle, hop island to island, and then hop off at copious Croatian coastal w...

On our trips we bike on paved roads only, walk and hike off the beaten paths and forewarn our guests not to feed, fish, hunt or disturb animals. Traveling on bike produces no carbon footprint, unlike using all-terrain-vehicles, moto-cross bikes, or other modes of industrial transportation. Also traveling on bike slows your pace down so you take in more of the nature that surrounds you. By buying local products you are supporting this country's economy and helping Croatia stand on its feet again! We consider it our responsibility to lead efforts to maintain and preserve the integrity of this fledgling sector by petitioning the introduction of tighter controls over the use of the countrys natural resources.

In our office we minimize printing actions and recycle paper.

This trip ensures that the local people benefit as much as possible in the form of jobs (we employ local guides and drivers, we use either a family owned hotel or home stay with a local family), and most of all by minimizing the negative environmental impacts. Other than that we use local transfer services, buy food from the small farms and work on developing responsible waste management by stimulating waste recycling.

As a company, we support local community by building camps in partnership with local families, building bridges and accesses to the rivers. In order to preserve traventine barriers on Zrmanja River we have built wooden detour bridges. Part of our staff is vegetarian and because of that we try to provide quality vegetarian meals on our trips. 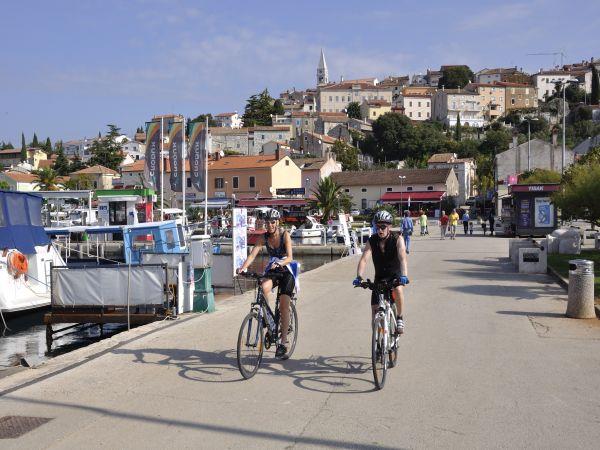 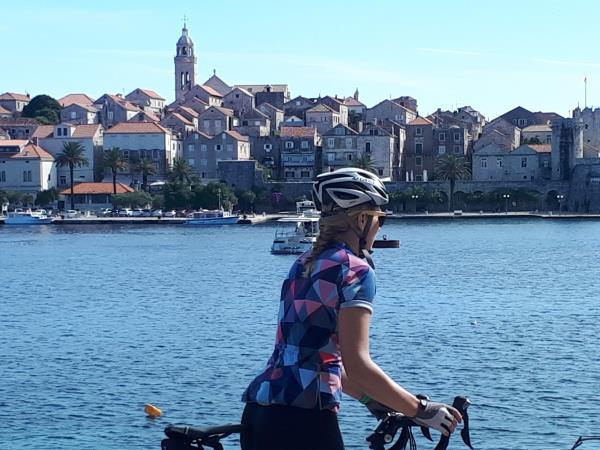 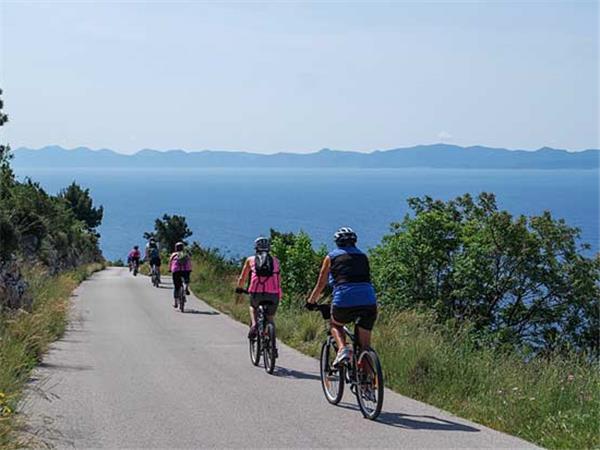 Cycling through the Dalmatian Coast Islands in Croatia