A Polynesian Kingdom made up of one beautiful island after another, Tonga draws adventurous travellers from across the globe in search of pristine beaches and rich underwater life  in particular humpback whales, which arrive in the waters from late July-early October. This is one of the few places in the world where you can snorkel with them and their newborns. As if Polynesia wasnt perfect enough.

Things to see & do in Tonga

This ones right out of a fairytale  a South Pacific kingdom where you can swim with humpback whales one day and hike in remote jungle the next.

The Kingdom of Tonga has a warmth and authenticity thats far removed from some of the South Pacifics more touristy hotspots. You wont find party islands or slick, sealed-off chain resorts here, the vibe is very low-key; and the welcoming population ensures that youll soon get a handle on Tongan culture. If you prefer your holidays with a little more action, though, theres plenty to keep you busy. Of course, theres all the snorkelling, diving, yachting and kayaking that you could hope for, as well as the rare chance to swim with humpback whales. Head inland, meanwhile, and youll see theres almost as much to do above the water, with plentiful hiking and biking trails and forested national parks to explore.
See all our Tonga Holidays 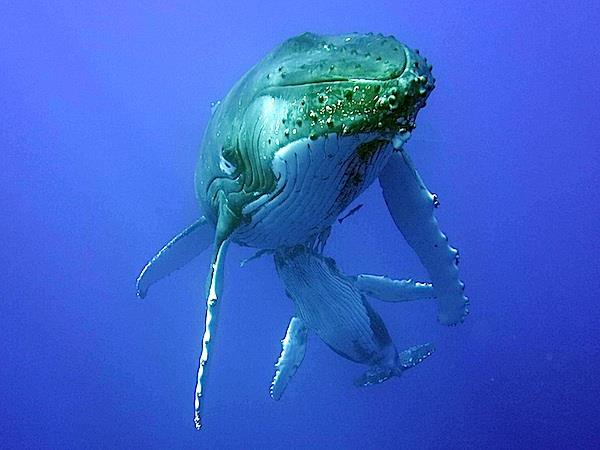 Swim with humpback whales in Tonga

Swim with humpbacks - stay at beachside resort in Vava'u!

See all our Tonga Holidays
Travel Team
If you'd like to chat about Tonga or need help finding a holiday to suit you we're very happy to help.

Set to the south east of Fiji and south of Samoa, Tonga is home to 170 islands, 40 of which are inhabited. Its divided into four different island groups, which include craggy volcanic islands, low-lying coral islets and a healthy serving of colourful coral reefs. The southernmost group is Tongatapu, home to capital city Nuku'alofa.

There’s evidence of human settlement in Tonga as far back as 1000 BCE and Tonga was once the most powerful country in the South Pacific region, lead by the legendary 12th century chief T’ui Tonga. Dutch sailors landed on these shores in the 17th century, followed by British explorer Captain Cook, who first visited the islands in 1773, calling them the ‘Friendly Islands’. In 1900 Tonga became a British protectorate, remaining part of the British Empire until 1970. Even during this colonial period, Tonga retained its indigenous governance, and the Tongan royal family is one of the longest running hereditary monarchies anywhere in the world.

Tongan culture is typically Polynesian and Tongans are welcoming, relaxed and known for their hospitality. As with most countries in the region, family is the central unit of Tongan life, with elders commanding the most respect. Traditional dress and dance still feature heavily in Tongan culture, and tapa cloth making and mat weaving is an everyday part of Tongan life, with women gathering in small groups to weave and chat – a bit like a Tongan version of a knitting circle. Thanks to the country’s colonial heritage around 98 percent of the population is Christian and the vast majority of Tongans go to church every Sunday – if you get the chance to join them, snap it up – it’s a cultural experience not to be missed.

Things to do in Tonga

Many people visit Tonga with one purpose in mind only – swimming with whales. Humpbacks visit the calm, clear waters off Tonga from July to October each year to breed and to birth their young. Small group tours let you get up close and personal with these impressive beasts, with full briefings and professional guides provided for your undersea adventure, who’ll not only guide you through the waters, but give you the low down on humpback whale behaviour. The ‘Eua Island in the Tongatapu Group is a haven for walkers and nature lovers, with the best trekking in Tonga. The mountainous forest of ‘Eua National Park offers some great challenges for walkers and along the way you can enjoy the views at one of the park’s stunning lookouts.
Written by Nana Luckham
Photo credits: [Page banner: Brandon Cole] [Intro: Duncan Wright] [Landscapes in Tonga: David Broad] [Swimming with Whales: Green Fire Productions]
Back to the top