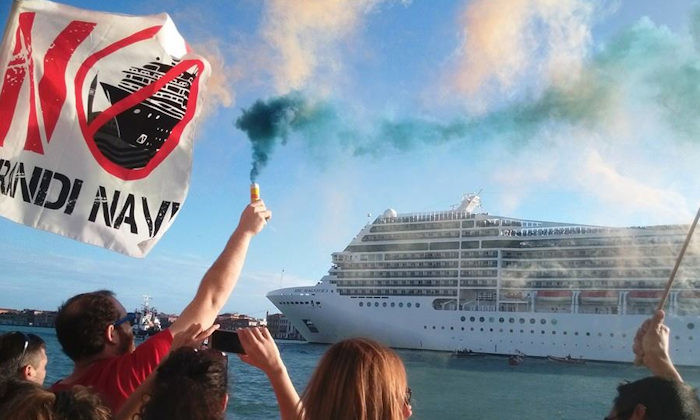 Not only has Cruise tourism grown but so have the ships. With a continued push of 'bigger is better' and the recent release of Harmony of the Seas, the local impacts of these floating monoliths have become an afterthought. Considered as one of the most beautiful cities in the world, Venice is falling victim to its own allure and repeated visits of these giant cruise ships. Its historical streets are straining under the pressure of thousands of tourists emptied into the city every day.

Local Venetians are becoming increasingly frustrated with the pollution, physical damage to the city and the large numbers of tourists that swamp their home. There have been repeated demonstrations and petitions to reinstate a ban on large cruise ships entering Venice but these actions are falling on deaf ears.
Take action!

We caught up with local campaigner and activist Silvio Testa also author, campaigner and co-founder of weareherevenice.org Jane da Mosto to learn more.

What's your role?
Silvio is one of the original activists in the movement; Jane runs a small NGO that connects scientific research and analysis with community action and awareness raising; major impetus for establishing her organization came from the lack of articulated and objective thinking on the cruise ship problem.

What's the name of the campaign?
Comitato No Navi (No Big Ships Committee).

When did it launch?
The "Committee" was founded on 9 January 2012 to strengthen and coordinate the various groups engaged in trying to protect Venice from the damage caused by cruise ship traffic (direct and indirect). The general movement against large cruise ships in Venice began in 2008. 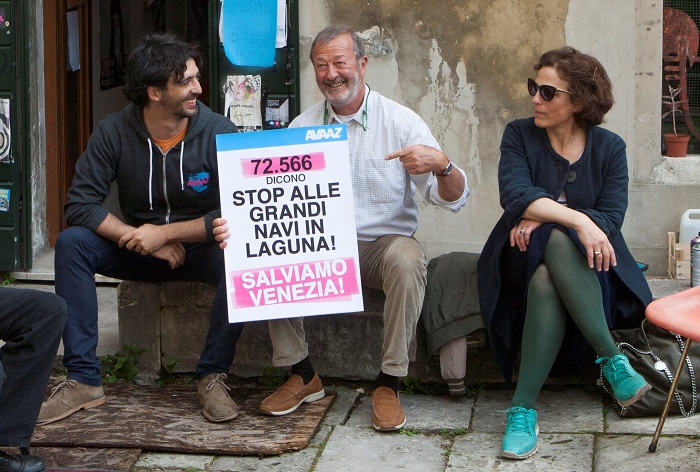 Photo credit: In order, Luca Nicotra from AVAAZ, Silvio Testa and Jane da Mosto. This petition reached 150,000 signatures in about 3 days and was delivered the to the Italian Prime Minister in person.

Tell us about your campaign in a nutshell?
Stop big cruise ships from passing through the heart of Venice, stop them from coming through the lagoon and into Venice altogether.

What inspired this campaign?
An increasing number of disproportionately large cruise ships passing right through the centre of Venice, close to Piazza San Marco, Venice's monumental heritage, and close to homes. There are large risks and environmental issues associated with this, including air pollution and health effects. Additionally the impacts on the fragile city of large groups of tourists have been shown to far outweigh the benefits of additional visitor numbers and jobs in the sector. Cruise ship traffic in the lagoon causes major erosion and worsens the natural trend of the ecosystem towards becoming increasingly like a marine bay.

Share with us a story about a person that's currently getting a rough ride because of these issues?
The residents of Venice are feeling humiliated and powerless. (Non cruise) Visitors to Venice and Venice lovers are shocked by the situation. In 2012 the Italian government declared it would re-route cruise traffic and nothing at all has changed - except for ships over 96,000t.
The other day, I was walking with my 8 year old son. A gigantic cruise ship seemed like it was coming towards us on a dark and rainy miserable autumn evening. Covered in blue and white lights. I asked him what he thinks when he sees cruise ships in Venice. He replied "It makes me think of you and it makes me think Venice is dying".

What change needs to happen to make things better?
The national government has the power to decide - and implement - a solution. Obviously they should develop this in consultation with the city administration and local citizens, and while considering what is best for the long term future of Venice.

How will the world be a better place if and when you succeed?
Bigger and bigger cruise ships aren't just a threat to Venice but also to many other places in the Mediterranean region and indeed all around the world. They are a threat to the environment and security as well as people's health (including the health of people who travel on a cruise ship instead of having a real holiday). 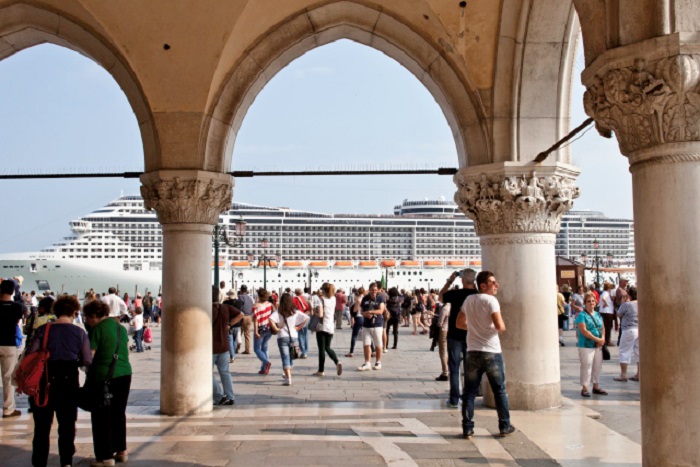 If you had a mega-phone for 10 seconds on a rooftop to get your message out, what would you shout?
Venice and the lagoon are inseparable elements of a single system. To save Venice we must protect the lagoon. Get the cruise ships out of Venice and the lagoon; they are killing the city and threatening the health of the lagoon.

If you had a 10 second slot on TV which image would you show to get your message out?
Photos of the big demonstrations that the Comitato No Navi has organised over the years to show how strongly Venetians feel about this issue; photos collected via the blog - a flash mob followed by a short campaign in 2015 to gather citizens' photos of the cruise ships in Venice. 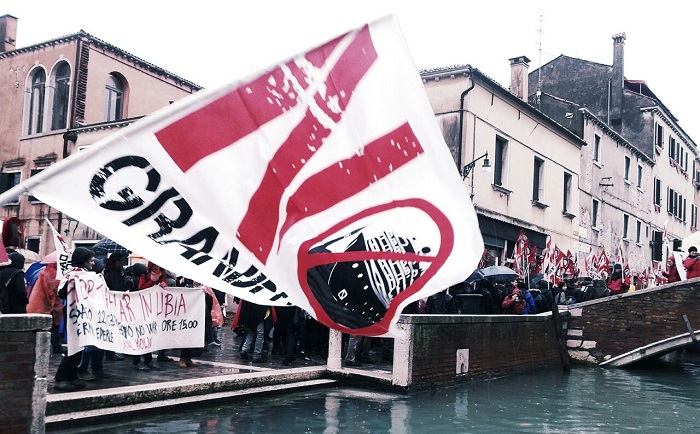 Is there one person who figureheads this campaign? Tell us about them and their inspiration and aspirations.
What's especially powerful is the broad range of diverse groups and personalities involved in Venice's fight against cruise ships. Silvio was the original spokesperson for the campaign and did a lot to get mainstream attention.

What's the campaign website?
Comitato No Navi and weareherevenice.org.

Do you have a target end date for this campaign?
As soon as possible! The campaign will end when a definitive solution for removing cruise ships from Venice and the lagoon has been found AND IMPLEMENTED.

Responsible Travel's view
“
Large cruise ships are becoming increasingly less welcome and need to place further consideration on their environmental, cultural and physical impacts. Venice and its lagoon is a UNESCO world heritage site that's clearly under a lot of strain. If large cruise ship companies are not going to take responsibility for their presence then a reinstatement of the ban can be the best possible solution.
”
Back to the top