Why are there so few wildlife holidays in England? 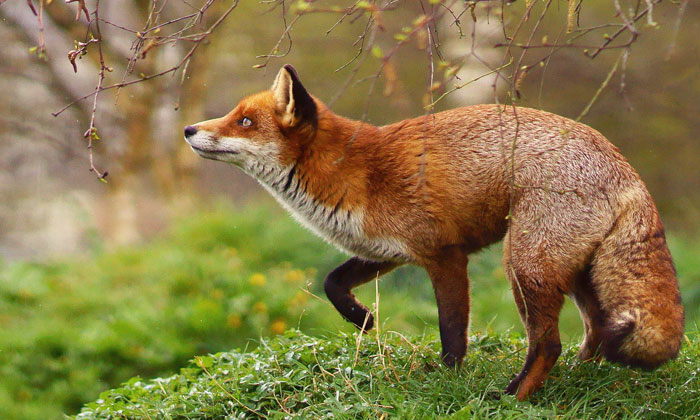 In August 2017, road signs appeared in Suffolk declaring CATS EYES REMOVED. The county council was letting drivers know that there were no longer reflective studs down the middle of the road, but concerns about animal cruelty were raised. Children and tourists were particularly upset at the suggestion of pet felines being randomly blinded. The signs were removed.

England is a nation of animal lovers, after all. We love our pets, we spend hours watching nature documentaries, and most of us would leap at the chance to take a safari in Africa, or spot bison in Poland. But when it comes to our native wildlife, things get more complicated. Anything from wild boar to beavers have everyone  the public, landowners, farmers and the government  up in arms. We cant seem to agree on the role of our wildlife. Opportunity or threat? Harmless or harmful? At Responsible Travel, we sell plenty of wildlife holidays in Scotland, but wildlife holidays in England just dont exist. Why?

To start with, there isnt much to spot. Deer and grey squirrels may be thriving, but 56 percent of species in the UK are in decline, according to Rewilding Britain. The wildlife that remains is rarely free to go about its business quietly. Badgers are being culled in an attempt to halt the spread of bovine tuberculosis and the National Trust still allows trail hunting on its land, which can result in foxes being killed. In Devon, a wild population of beavers have won the right to keep their home in the River Otter, but only until 2020. England is no longer home to the big beasts that still roam through Europe, either  those wolves, bear and lynx that transform landscapes and draw in revenue from wildlife tourism. 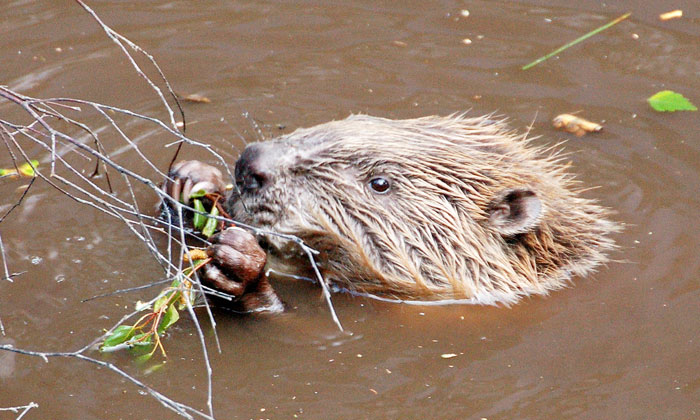 It doesnt have to be this way  England could be hopping with wildlife. Mainland Europe points the way. Here, there is a landscape of fertile lowlands, used for agriculture, and forested uplands, where the soil is poorer and the climate harsher. These uplands are natural wildlife refuges for large predators and herbivores. In England, however, habitat loss is significant. Aside from the odd conifer plantation, there are few trees growing more than 200m above sea level. Woodland cover in England stands at just 10 percent, with the UK as a whole one of the least wooded countries in Europe.

In certain parts of England, the landscape is managed and manipulated to support niche sports like shooting. Northern Englands grouse moors are burned and drained to suit grouse but few other species. Foxes, stoats and crows are trapped or shot because they eat grouse and mountain hares are killed, as they carry ticks that affect the prize birds. In addition, protected birds of prey, including the hen harrier, have been illegally killed, as they predate on grouse.

Intensive farming has stripped much of the English countryside of its biodiversity, too, and sheep farming influences and shapes our natural landscapes. Sheep selectively browse out tree seedlings, ensuring that existing forests cannot regenerate.

Deer also destroy woodland habitat and, with no natural predators, their numbers are at their highest level for 1,000 years. Reintroducing wolves and lynx to England would help reduce the deer population, but the wolves perceived threat to human life  as well as to livestock, particularly sheep  frequently sparks resistance. Which is ironic, as in England today its the deer that are dangerous. Between 10 and 20 people are killed and over 700 injured every year as a result of car accidents involving deer, according to the RSPCA. No human has ever been killed by a lynx, while deaths by wolves are exceedingly rare.

In part its simply a lack of room, rather than a lack of vision, that lies behind Englands complicated relationship with its own wildlife. In our tiny country, land is under pressure and while humans play the role of landlord, the wildlife sharing space with us is under pressure to behave right, or be forced out. 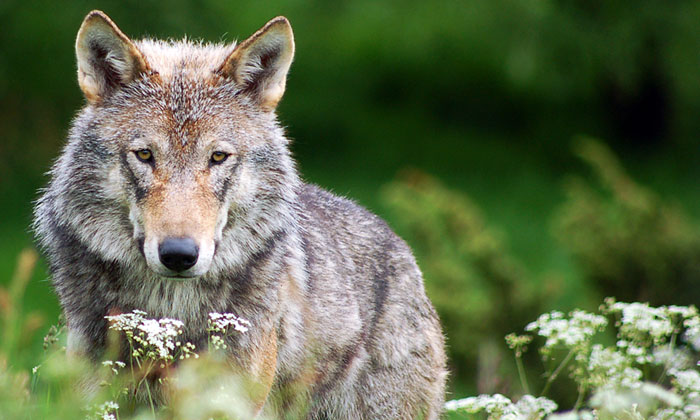 Foxes
Hunting foxes with hounds was banned in 2004, but attempts to repeal this law continue. Theresa May favours fox hunting and a free vote for MPs on abolishing the ban was in the Conservatives 2017 manifesto. And thats despite a poll carried out in December 2016 by the League Against Cruel Sports that showed record levels  84 percent  of the public opposed to fox hunting being legalised.

The National Trust, Englands largest conservation organisation, still allows trail hunting  where a scent is laid before dogs and riders pursue it  on its land. Animal rights activists claim trail hunting is simply a means of sidestepping the hunting ban, and still results in live foxes being chased and killed. A motion to ban trail hunting on the organisations land was narrowly defeated at its annual conference in October 2017, prompting accusations that the Trust was bowing to pressure from the hunting lobby.

Badgers
Badgers carry bovine tuberculosis and are culled in an attempt to control the spread of the disease to cattle. From autumn 2017, up to 33,500 badgers will be shot in England, up from the 10,000 killed in 2016. This is a highly controversial approach. Scientists say there is little evidence that the culls will help cut TB rates, and could spread the disease further by disrupting badger populations. Some suggest that the primary route of infection is cattle-to-cattle contact, and question the economics of culling, with vaccination costing £82 per badger, compared to £6,800 per culled animal.

Beavers
European beavers were once widespread in the UK, but in England they were hunted to extinction by the 16th century. In mainland Europe, beavers have been reintroduced in virtually every country in recent decades, even densely populated countries such as the Netherlands, where conservationists laugh at our angst over this animal. In 2016, Scotland recognised the beaver as a native, protected species, but in England, the jury is still out, despite the benefits they bring to a landscape. Beaver dams create habitats for tons of other species, slow rivers, reduce erosion and remove pollutants. Some beaver fans even believe their dams can protect towns and villages from flooding. Unfortunately, they sometimes also flood productive land, which puts the beavers in the bad books of farmers and landowners. There are a few small beaver populations in England, but they exist under heavy surveillance. Beavers unofficially released on the River Otter in Devon some years ago roam free only on a government trial, until 2020. In spring 2018 a family of beavers will be introduced to Greathough Brook in an attempt to stop the village of Lydbrook in Gloucestershire from flooding. Its the first ever such scheme funded by the government. The beavers wont be free to roam, however, they will be released into a 6.5 hectare enclosure surrounded by fencing to ensure they dont move into the wider landscape.

Wild boar
Wild boar live all over Europe, but in England they have a history of being reintroduced and wiped out again. Englands original wild boar were extinct by the 13th century but were reintroduced in the 17th, 18th and 19th centuries, before being hunted out. Today, populations in Kent, East Sussex and the Forest of Dean exist. Their habit of rooting up the ground for worms and grubs makes them unpopular with gardeners and farmers, plus they sometimes feed on agricultural crops, can pass on disease to domestic livestock and can be dangerous if cornered. They are native to England, though, and once played an integral role in woodland ecology. 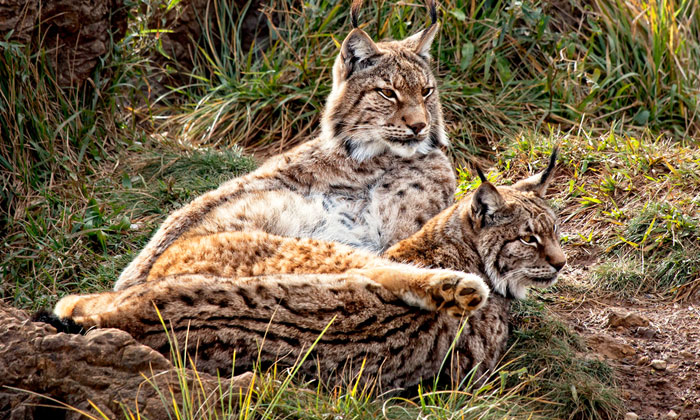 Lynx
Hunted to extinction for its fur between 500-700AD, the lynx is a British Isles native. It preys mainly on deer, rarely taking agricultural animals, and poses no threat to humans. There are plans to reintroduce lynx in Kielder Forest, Northumberland, and local consultations are ongoing. Lynx would help control deer numbers and protect forests from deer damage, and where they have been reintroduced in Europe, wildlife tourism has flourished.

Wolves
There are no current plans to reintroduce wolves to the English countryside, although a pack of six Swedish wolves was brought to a wildlife reserve in Devon in March 2017 by the Wildwood Trust. This organisation works to conserve British wildlife and reintroduce animals to where they once lived.