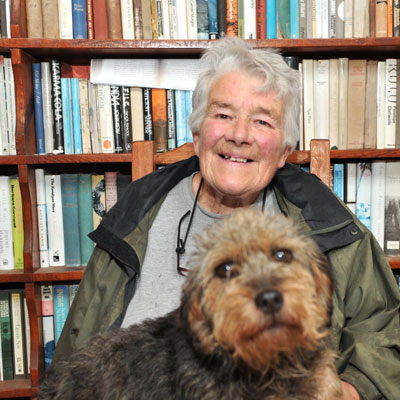 Dervla Murphy is best known for her first book, Full Tilt: Ireland to India with a Bicycle. Published in 1965 it recounts an overland cycling trip through Europe, Iran, Afghanistan, Pakistan and India. Her most recent book is Between River and Sea: Encounters in Israel and Palestine, published by Eland. Dervla has won worldwide praise for her writing and has been described as a travel legend. Now in her 80s, she continues to travel around the world and remains passionate about politics, conservation and bicycling. Here, Dervla tells Responsible Travel about her time-travelling dreams and how grateful she feels to have visited Cuba before consumerism was let loose. She writes to us on her trusty typewriter which she favours over computers, despite finding it hard to source the ribbons these days!

Wheres home?
For me home has always been West Waterford in Ireland where I was born 84 years ago. The small town of Lismore is set in very beautiful countryside and I grew up within easy walking or cycling distance of wide ancient woodlands with mighty trees to climb, a deep river to swim in and low mountains to climb.

Whats your first ever travel memory?
The Second World War restricted my movements until 1948 when a cattle-boat took me and my bicycle from Waterford to Fishguard. There I began a month of pedalling around Wales and England, pausing for a week in London where at that time even a teenager on a shoe-string could afford concerts and opera.

What inspired you to start travelling?
Something in my DNA which is still operative. 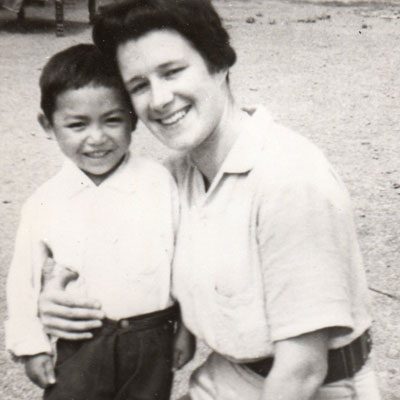 What do you dream of for our world in the future?
A generation that takes climate change seriously and tailors its life-style accordingly.

Whats been the biggest challenge youve faced on a journey?
Learning to control the emotions aroused by the Israeli government's consistent ill-treatment of the dispossessed Palestinians.

Wheres the best place youve woken up?
In my tent on an uninhabited stretch of high puna in the Peruvian Andes when I woke as the sun was rising over a crenulated 20,000ft summit in the near distance.

Is there one person youve met who you feel you were so lucky to connect with?
A Tibetan lama who occupied the room below mine a few miles from what was then (1965) the little town of Pokhara, accessible only on foot or by air via a weekly flight from Kathmandu.

Has anyone ever told you that you wont make it?
Many people in many places.

Tell us about a time when you felt like walking away from an adventure?
Never felt like that, probably because I thought a lot about each journey before setting off.

What are you most proud of?
My three month solo trek with a pack-mule from Asmara to Addis Ababa through the Simien Mountains at a time (1967) when there were no motor roads or towns along my route.

Whats your happiest travel memory?
My year's residence in Manningham (Bradford) and Handsworth (Birmingham) while collecting material for a book about race relations in England during the mid 1980s.

Whats always in your bag  no matter what adventure youre on?
Notebooks, pens and a very light but warm sleeping-bag.

What do you still dream of doing that you havent yet done?
At 84 it would be unrealistic to dream about the future. Were I able to time-travel I'd enjoy following Alexandra David-Neel's route across 1930s Tibet. 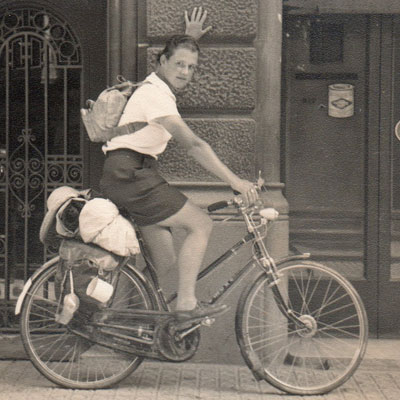 Where would you like to be right now?
Right now I'm happiest at home, beginning a book about a recent visit to Jordan.

In your lifetime, wheres the most memorable place youve been and why?
I find it impossible to choose ONE 'most memorable' place. Among the many unforgettable places along my route, I've recently been thinking anxiously about Cuba as I knew it ten years ago. Already it was plain that Fidel Castro's remarkable achievements - now acknowledged by President Obama - would soon be threatened by late Capitalism. I'm glad I could spend five months exploring the island before consumerism was let loose.

What does responsible tourism mean to you?
It means doing enough preparatory reading to value other cultures and traditions for their own sake, not merely because they're "exotic". And being aware of the immense environmental damage being done by the development of mass tourism. And making an effort to discover those endemic regional problems so often concealed behind the tourist industry's glossy pictures and smooth panegyrics. Then estimating the costs and benefits to local communities when foreign cash flows in but their resources, including natural beauty, are drastically depleted by motorways and mega-hotels.

Find more information about Dervla's books here
Read all our folks we love interviews & be inspired!
Back to the top