Description of Vienna to Budapest cycle ride, self guided

A week long cycling holiday from Vienna to Budapest, this tailor made trip is one of the most wonderful ways to dawdle along the Danube. Because although this is a tailor made itinerary, it is aimed at travellers who love independent slow travel, taking in all the cultural and natural highlights along the way, and at their own pace. Be it the grand Schonbrunn Palace and Vienna State Opera House at your starting point, or the Hungarian national parliament on the Danube River front in Budapest, where your journey ends.

There are plenty of great sights in between of course, including the Roman remains at Petronell-Carnuntum in Austria, the historic capital of Slovakia, Bratislava, and then the many ancient riverside towns and villages that you cycle through in Hungary. One example is Mosonmagyarovar, known as the 'city of 17 bridges', with a city centre boasting a beautiful array of baroque buildings. Another Hungarian highlight is Esztergom, sometimes called Hungarian Rome, with its magnificent basilica and baroque building around the recently renovated Széchenyi square.

It is not all cities on this cycle along the Danube, however, with plenty of stretches through woodland, open rural landscapes and passing vineyards, making it hard to chose the best picnic spot every day. Staying at 4 star family owned hotels along the way, breakfasts are included, leaving you to make your own arrangements for lunch and dinner with, on average, 54km to cover every day. Your luggage will be transferred for you from one hotel to the next. Electric bikes are also available for this trip for a supplemental charge of £75. 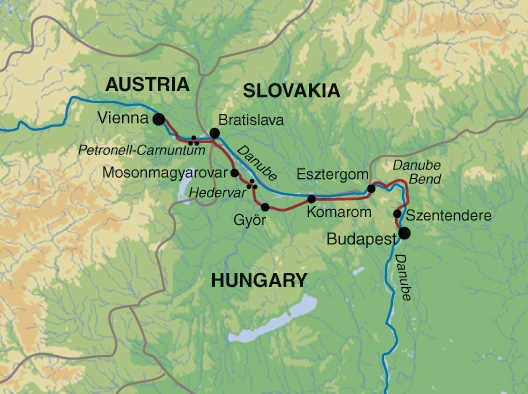 1 Reviews of Vienna to Budapest cycle ride, self guided

The lovely town of Gyor and the family hotel we stayed in there. The beautiful architecture in Budapest.

Read the instructions through before you start - in some cases the extension detour miles are written after youve reached your destination.
Ferries are easy to use, but plan your cycling to arrive in good time - they mainly operate hourly.
Learn a few words in the language - they really appreciate the effort .
Cafes are few and far between ..... pack yourself a snack and drink and stop where you like the view.

To some extent with family run hotels - apart from the start where we were put in to a big chain hotel!
The route is quite remote for a lot of the day without cafes - so hard to help the local economy, other than at the start or finish of your day. If you find a coffee on route its often served in a takeaway cup - so not ideal. We only used bike and local transport for getting around during our holiday - but we did fly there!

A good introduction to self guided holidays. Route descriptions were thorough and accurate. Lots of bikers on the route - of all levels. Mostly on designated cycling paths. For us, we usually prefer something a bit more off the beaten track . Although this is following the Danube, the route is quite often on the dam wall which often doesnt have a view of the Danube!

Activity:
As this is a cycling trip, the carbon footprint and effect on the environment generated by our activity is minimal. Although this trip is self-guided, leaving clients with ultimate flexibility over what they do or dont do on the trip, we encourage people to engage with local culture as much as possible, to spend at small businesses and to operate with a leave no trace policy. Already arranged is local bike hire, which is paid on booking, and luggage transfers using local services. So we can ensure that this trip is providing some benefit to local businesses and employment levels.

Water:
We recommend that instead of repeatedly purchasing bottles of mineral water, that cyclists re-fill a singular container. This is more environmentally friendly, reducing the chances of plastic waste. Along the Danube Cycle Path between Passau and Vienna there are several water-bottle-fill-up opportunities (local drinking fountains). Drinkable water is also available nearly everywhere at restaurants, cafes and your accommodation.

Accommodation and Meals:
You will spend 7 nights in a mixture of simple inns and comfortable hotels. Along the more rural parts of the trip the accommodation varies from charming inns to family run hotels. The vast majority of staff will be locally employed, which is a boost to local economy. All breakfasts are included and will be taken in a continental style. Ingredients will be locally sourced wherever possible and should include some specialities like regional hams and cheeses. Lunches and dinners are an opportunity to explore cuisine along the Danube and to support businesses in the area. Wed recommend traditional Apple strudel and Kaiserschmarrn in Austria, Viennas Naschmarkt for fresh fruit and veg, Goulash in Hungary, and locally produced wines in the Danube Bend region.

Local Craft and Culture:
This itinerary is designed to pass by several cultural and historical sites, which encourages clients to stop by, enjoy and support these churches, castles, small towns and villages. Highlights that you may consider include visits to the grand Schonbrunn Palace, Sigmund Freud Museum and a tour in the Vienna State Opera House, the Roman remains at Petronell-Carnuntum, Bratislavas quaint city centre, cathedrals and palaces of Gyor, Babolna for its famous horses and stud museum, the Basilica of Esztergom and museums and galleries in Budapest. 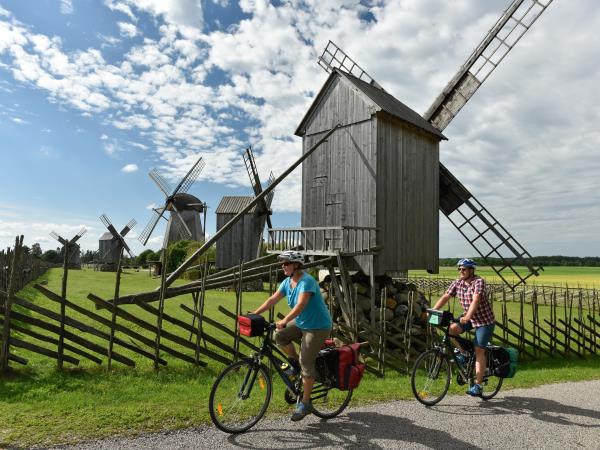 11 days guided cycle tour of the Baltics: Vilnius to Tallinn 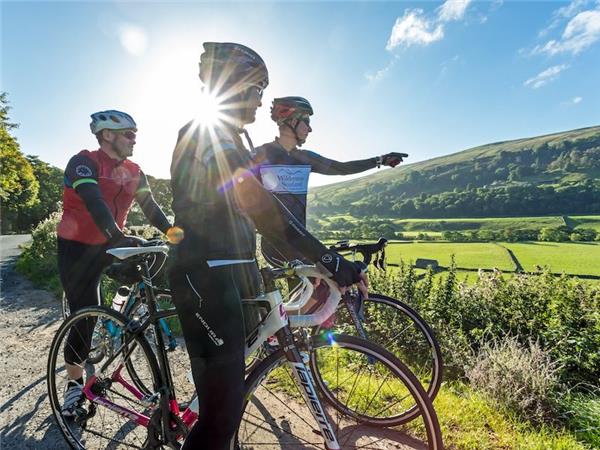