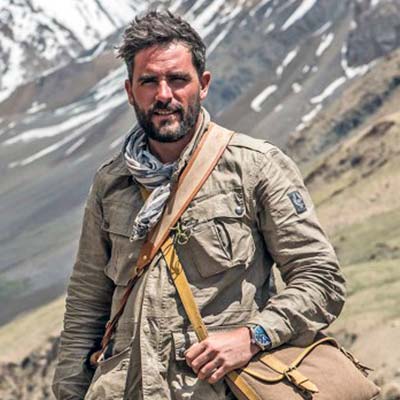 Levison Wood is a British explorer, writer and photographer. His work has featured around the world. Wood has recently travelled from Russia to Iran, and previously walked the length of the Himalayas, a six-month journey of over 1,700 miles from Afghanistan to Bhutan, which was televised on Channel 4 as a five part documentary series, airing in 2016. His accompanying book 'Walking The Himalayas' has been published across the globe. Levison also walked the length of the river Nile - an expedition of 4,000 miles that took nine months and was also documented to critical acclaim. His book Walking the Nile was a Sunday Times bestseller. His work has taken him around the world leading expeditions on five continents and he is an elected Fellow of both the Royal Geographical Society and the Explorers Club.
Explorer and presenter Levison Wood is on the road again, throwing himself right in at the deep end for his daring new Channel 4 series, Russia to Iran: Crossing Wild Frontiers. This time, he is travelling in the Caucasus – a region of surprisingly beautiful landscapes. Although Levison explores some troubled countries – and passes through regions that that the Foreign Office advises against visiting – we love that he takes the time to meet local people. Throughout his journey, they show him kindness and generosity, breaking many negative stereotypes. If you are tempted to have your own adventure in the Caucasus, take a look at our guides to Russia, Iran and Georgia.

Where’s home?
I live in Hampton Court, London. It's a nice combination of being far enough away from the madness but close enough to commute into town. Also it's right next to the river and Bushy Park which is glorious.

What’s your first ever travel memory?
A holiday to Greece with my parents when I was four or five. I remember having to learn to ask the Greek shopkeeper for some sweets in Greek.

What inspired you to start travelling?
I always wanted to see the world with my own eyes and form my own opinions. I read lots of books about explorers and history which I loved.

What do you dream of for our world in the future?
That we realise just how fragile our environment is and that we stop being selfish, that the population will steady out - or even hopefully drop, so that nature can recover a bit. If we don't then basically our children will lead a pretty tragic life.

What’s been the biggest challenge you’ve faced on a journey?
Overcoming the death of a companion. A journalist called Matt Power came to write about me and collapsed and died while in the remote African bush in Uganda.

Where’s the best place you’ve woken up?
I can mention a thousand places, but perhaps on a mountainside in Nepal to the sound of a cockerel.

Is there one person you’ve met who you feel you were so lucky to connect with?
Again - a thousand people, but I've been fortunate enough to meet some pretty amazing humans, from the Dalai Lama to George Clooney but it's my close friends that I feel luckiest about.

Has anyone ever told you that you won’t make it?
Ha, plenty of times. My boss in the army thought I was mad for leaving in the midst of a recession. I told him I'd be fine.

Tell us about a time when you felt like walking away from an adventure?
The only time I've walked away from an adventure was when I tried to cycle from Madrid to Gibraltar. It was January 2005 and didn't stop raining. I was poor and slept at the roadside and didn't eat for days. Eventually I got arrested by the Spanish police who thought I was a tramp and spent a night in a homeless shelter. After that I gave up cycling and went to Morocco instead where the weather was better. 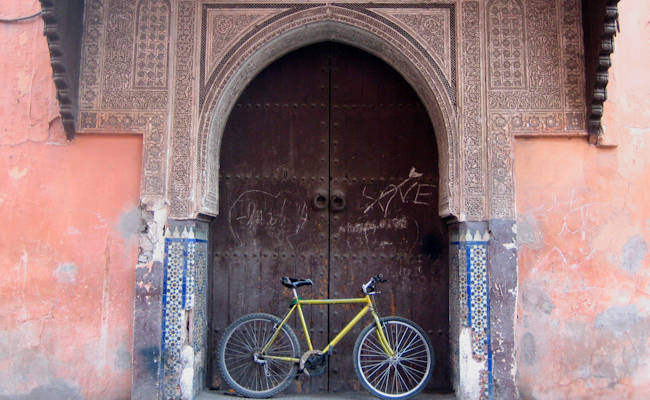 What keeps you going if you ever feel like giving up?
The privilege of being able to travel for a living.

What are you most proud of?
Getting into the PARAs probably - passing the gruelling selection and commanding soldiers on operations in Afghanistan.

What’s your happiest travel memory?
I think a road trip with my best mates from London to Malawi.

What’s always in your bag – no matter what adventure you’re on?
A compass and a linen shirt.

What do you still dream of doing that you haven’t yet done?
Antarctica, PNG, Canada, Japan, road trip across the USA etc etc.

Where would you like to be right now?
On a beach in Thailand.

In your lifetime, where’s the most memorable place you’ve been and why?
Cape Town, the first place I travelled solo.

What does responsible tourism mean to you?
It means making the right decision - working with local partners, writing honest reviews, speaking out about poor performers and people abusing the system/ ecosystem/ local population.
Read all our folks we love interviews & be inspired!
Back to the top