A fascinating odyssey into pre-Columbian Peru taking you from Andean peaks to ancient pyramids via an eco lodge hidden deep in a forest, and one of the worlds highest waterfalls.
Lima Internal flight to Trujillo Pyramids of the Sun and Moon Chaparrí Mountains Stay in a forest eco-lodge Chiclayo Tomb of the Lord of Sipan Chachapoyas Karajia Gocta Falls Kuelap Chilla Revash Leymebamba Cajamarca Cumbe Mayo Internal flight to Lima
Price
£3225 excluding flights
Convert currency:

Far from Machu Picchu and well off the beaten track, the northern highlands of Peru are home to some of the countrys most enthralling and remarkably little-known ancient sites. Here can be found traces not only of the Incan civilization, but also Moche, Chimu and the Chachapoyas cloud warriors.

Over 14 days, this small group tour leads you to a series of amazing locations, including colonial Trujillo, where you will see the largest adobe pyramids in the country. In the Chaparrí Mountains youll overnight at an eco lodge in a private conservation area where Andean condors, guanacos and spectacled bears can be seen.

In Chiclayo, the twin-pyramid complex holds the tomb of the Lord of Sipan and gave up what many consider to be the finest collection of pre-Columbian art ever unearthed. In Leymebamba youll see over 200 mummies, while the clifftop mausoleums of Revash are haunting.

Other highlights include the majestic pre-Incan fortress of Kuelap, the famously scenic drive down from the mountains to Cajamarca, and of course the trek out to the Gocta Falls. Reckoned to be the third-highest falls in the world, theyre a breathtaking sight, and the noise has been compared to that of a plane taking off.

This tour begins and ends in Lima, the City of Kings, with two internal flights included to ensure you make the most of your time. Travel in June, and youll spend a day at the lively Raymillacta festival in Chachapoyas, when thousands of people descend from mountain villages in all their finery for a wild cultural celebration. 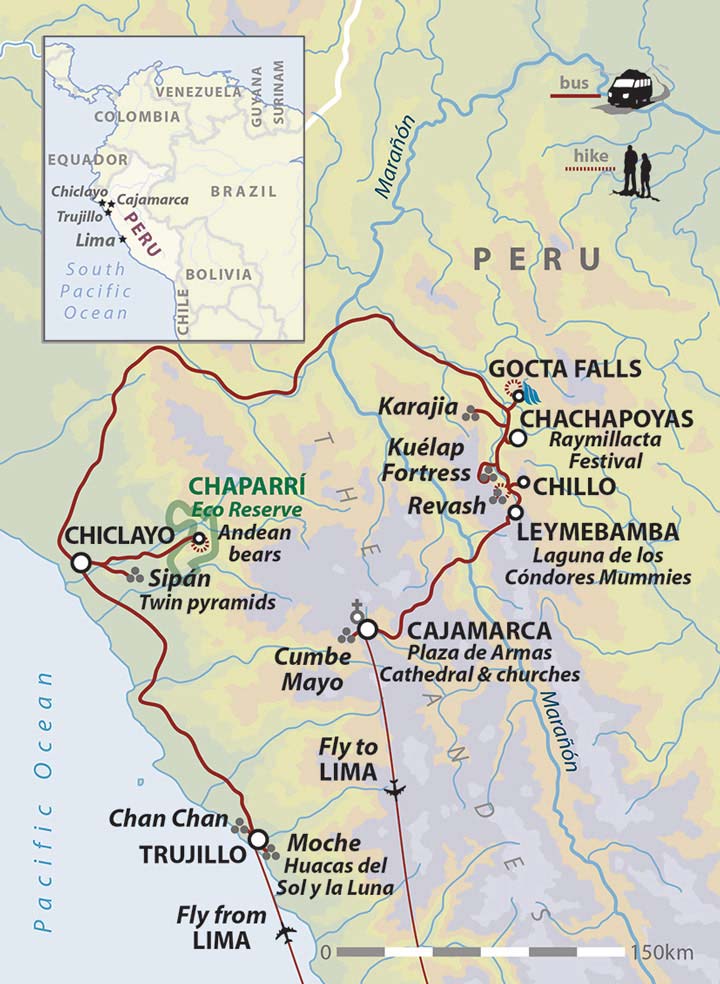 Seeing the spectacled bear with her very young cubs. Visiting the Lord of Sipan exhibition. But we enjoyed all the historic sites

Be aware that the accommodation is not luxurious and can be cold at night as many do not have heating. Be prepared for spending quite a lot of time on the
road between destinations

e tried to buy souvenirs locally made but weight restrictions meant we couldn't purchase much. Our visit to the nature reserve to see the spectacled bears
supported local employment and conservation.

Excellent. Our guide in particular was wonderful.

We have a strict environmental policy on our Peru tour to make sure that the environments we visit are not damaged or spoilt in any way. All our guides are trained to uphold this policy and all clients are fully briefed on appropriate/responsible behaviour whilst in wilderness areas. Our Leave No Trace ethic is applied to all trips in all regions and, as tour operators, is something we are careful to promote.

On the fifth day of the trip you will visit Chaparri, a 35,000 hectare, natural, mountain paradise which is home to a variety of endangered species such as the Andean or spectacled bear, the guanaco and the Andean condor. Run and owned by the local community, Chaparri is a conservation and ecotourism project where local people benefit from protecting their natural resources. Additionally Chaparri is the centre for scientific investigation into dry forest ecosystems and the species that live there.

In South America we use local ground handlers - this means that all the operational costs go directly into the local economy and helps to improve employment opportunities in remote regions. By incorporating home-stays, locally owned hotels, restaurants and the services of guides and drivers into our Peru tour, we ensure that the money you spend on your trip goes directly into the local economy and local communities benefit from tourism.

As a company we also supports emergency relief efforts in the areas we travel to, such as the Pakistan Earthquake Fund set up in 2005 and a variety of other community benefiting NGOs around the world. We also support several other NGOs around the world such as the Hope Foundation, Tibetan schools trust and Adopt-A-Minefield, which are all carefully selected to improve the standard of living for the communities we visit. There are full details of these on the Responsible Tourism page on our website. 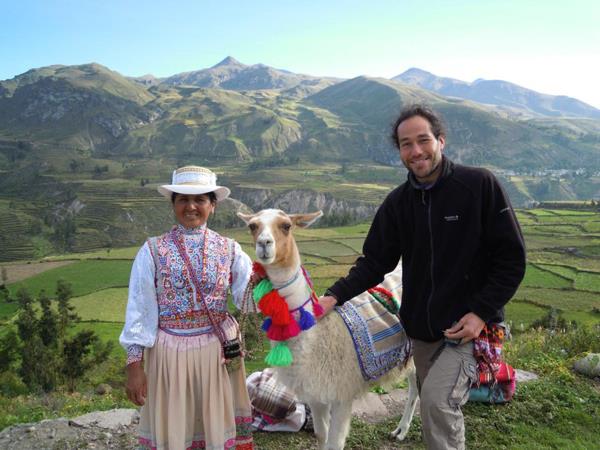 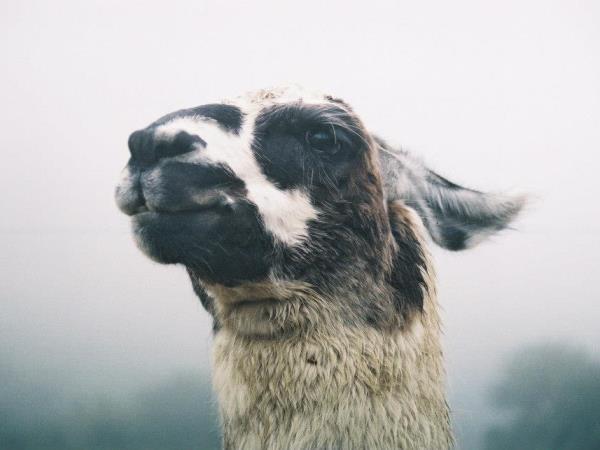 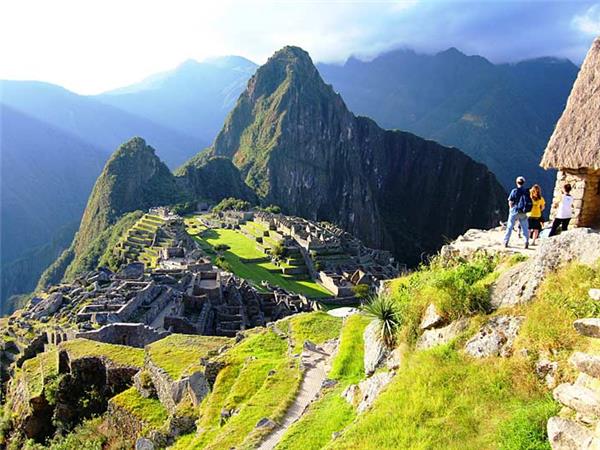 An unrivalled combination of history and spectacular scenery