The Far North Line is a very rural railway. It extends from Inverness to the northernmost part of mainland Scotland. Up here, the landscape is flooded with stories  a situation that only intensifies once you cross onto the Orkney archipelago. With its history of Neolithic and Viking inhabitants, this place said to have a higher density of archaeological sites than anywhere else in Europe.

This is an eight day group trip, with trains, ferries and transfers included, and a guide accompanying you. Youll enjoy tours of some of the areas interesting sites, such as Naver Valley and Dunrobin Castle on the mainland, and walking tours of Orkney, including time in Stromness, its largest settlement. Look out for the Neolithic standing stones known as the Ring of Brogdar, and Skara Brae, a prehistoric village.

Back on the mainland, enjoy some time on the wild coastline  ticking off Duncansby Head, the lighthouse at mainland UKs most northeasterly point, before returning, windswept and exhilarated, to Inverness.

Six nights in hand-picked three and four star-standard accommodation.
Breakfast throughout.
Dinner on four evenings.
Rail travel from Inverness to Helmsdale, from Dunrobin to Thurso & Tain to Inverness.
Half day tour from Helmsdale through the Naver Valley.
Morning tour from Thurso to Dunnet Head. Entry to Dunrobin Castle.
Ferry from Scrabster to Stromness.
Walking tour of Stromness and sightseeing transfer from Stromness to Kirkwall.
Full-day tour of Orkney with an expert local guide, including admission to all sites visited.
Ferry from Burwick to John oGroats.
Tour/transfer from John oGroats to Dornoch.
Walking tour of Dornoch.
The services of a tour leader, accompanying the group and providing guiding and assistance throughout.
Transfers as described.

Not included: dinner and lunch except where stated, optional visit to the Highland Park Distillery, drinks, gratuities & tips.
Please note the price for single travellers: May £2445 / June - September £2545

2 minute summaryBest time to go
Train is, without a doubt, the best way to explore Scotland. Relaxed, and wonderfully scenic as it takes you through landscapes unscarred by roads, ra...

2 minute summaryBest time to go
People who live in Orkney are called Orcadian, which is sort of apt because it is reminiscent of the word Arcadian, the old Greek word pertaining to...

The beauty of each place by a warm and competent guide.

Excellent due to a sensitive and knowledgeable guide, Dan Tyler and each visit was so well explained and also a fine group of like minded people.

This tour is carefully planned and organised so that clients can access remote areas without the need for a car. We are expanding our range of public transport holidays for those who actively choose low-carbon transport.

This guided tour has been designed to allow you to explore much of Scotland, travelling from Inverness to Helmsdale, Dunrobin to Thurso and Tain to Inverness by train. It takes you beyond the end of the train lines, through the careful addition of short taxi transfers and guided mini-coach tours.

Access to Orkney is via ferry, from Scrabster to Stromness and Burwick to John o'Groats.

We choose our business partners carefully, checking that they share our values of sustainable and responsible travel. For us, true sustainability means promoting and maintaining a way of life in remote and often rural locations.

We are corporate members of the John Muir Trust, an organisation committed to protecting the Scottish Highlands and islands. We are also members of AITO, The Specialist Travel Association, and adhere to their strict code of conduct.

The internet is our main marketing channel. We produce limited printed materials for past customers and enquirers and our preferred method is to supply holiday documents via an app. We make sure any leftover marketing materials are recycled.

We prefer to work with locally-owned and managed businesses in order to provide an authentic experience in each destination. All transfers and tours are conducted by local people who share our values and commitment to sustainable travel. Wherever available, we partner with small, usually family-owned accommodation in each location.

The meals included in this tour are in local hotels and restaurants. Each menu focuses on local specialties, with ingredients coming from the local area as much as possible.

We strive to ensure that interaction with the local community is always at the heart of the experience. Our day excursion in Orkney is led by a local expert, who has years of experience and knows the destination inside out.

We directly employ a small team in central Glasgow who travel to work by public transport, cycling or on foot. Each member of our staff undertakes at least two educational visits in a year, so we can always recommend and include the best local restaurants and experiences. We stick to our promise that we wont send you anywhere we havent been ourselves. The whole team share our values of environmental and sustainable responsibility. 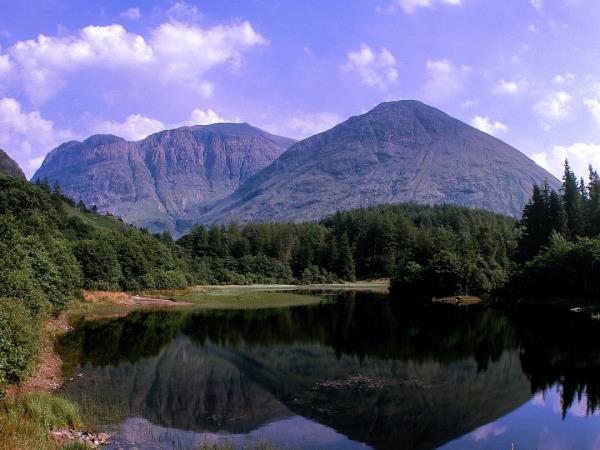 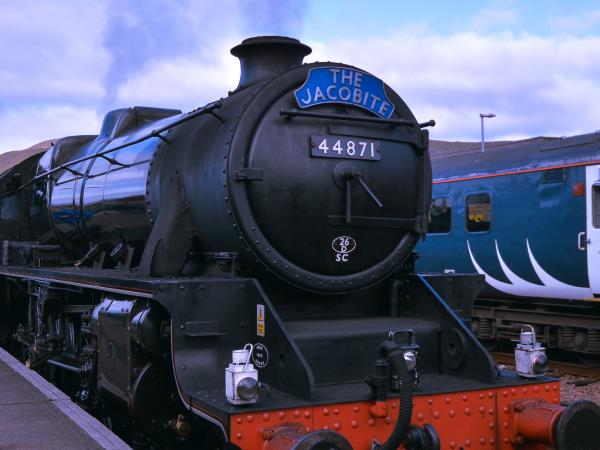 Take the world's best rail journey to the Isle of Skye