A wonderful opportunity to see some of the finest sites of the ancient world. This long weekend in Jordan takes you to Petra & the famous Dead Sea. Petra is -named as one of the new 7 wonders of the world! This 5-day privately escorted tour of Jordan takes you from the capital city of Amman through dramatic scenery and historical landmarks including Mt Nebo and Madaba to the rose red city of Petra. Spend a full day at Petra visiting the famous ancient city with a private guide including Petra by night and a cooking class. Journey into the sands of Wadi Rum and enjoy a revitalising float in the buoyant waters of the Dead Sea before returning to Amman for your onwards flight.

This tour is with your own English-speaking driver guide and private vehicle. The knowledgeable guide will accompany you for the duration of your trip giving you the option to travel at your leisure and away from the crowds whilst giving you an insight into the history and traditions of Jordan. This trip can be tailor-made to create a unique vacation for your individual requirements by travel experts with intimate knowledge of the destination. You can extend this trip as you like, with extra time to take in more of the wondrous sites on offer.

If you would like help with flights or would like us to add in any additional tours please let us know - we would love to tailor-make your perfect trip to the wonderful country of Jordan. Meals are included and all accommodation is listed in our full itinerary. Please contact us for details.

Prices includes private transfers, accommodation, tours and daily breakfast.
Prices vary according to availability, standard of accommodation & season & are per person based on 2 people sharing.

2 minute summaryBest time to go
A trip to Petra can be a box ticker or a deeper experience and if you have the chance to stay an extra day or two youll find theres much more than o...

Tailor made tour:
We offer a complete tailor made service allowing you to decide when you go, where to stay and what to do, to create a unique holiday for your individual requirements by our travel experts. We would be happy to telephone you to discuss your requirements and options. Our staff have intimate knowledge of this destination, so do please include your telephone number when you complete the enquiry form.
LGBTQIA+
Our partners behind this holiday promote inclusivity on all their trips and across their business and we are all committed to ensuring travellers face no discrimination on any part of the trip they control.
Dietary requirements:
We can cater for vegetarian and vegan diets.

The most memorable part of the holiday was having a dip in the Dead Sea. Read full review

Fantastic. We fitted so much into 5 days, and stretched ourselves physically & culturally. It was a great trip. Read full review

Reviewed on 21 Feb 2012 by Geraldine Hillmale

Petra was the most memorable part of the holiday. Read full review

Taybet Zaman Eco Resort, Petra: Located 10 kilometres from Petra, the village of Taybet has been converted to a 5 star resort with the support of the local community. The old village was almost deserted as the community had moved away during the 1960s, and in the early 1990s the mayor proposed turning the old village houses into a tourist resort, rebuilt and owned by the local community. The end result was a recycled village, owned, rebuilt, and run by the locals, keeping the community and its heritage alive and spurring economic growth. There is a Turkish bath and a restaurant serving traditional Arabic meals as well as a small market area which sells locally produced pottery and textiles to keep alive old crafts skills and bring employment and money to revitalise the villagers.

Taybet Zaman was restored with respect to authenticity of materials, environment and regional style, resulting in a preservation of culture along with a recycling of materials, offering a rustic and local Jordanian experience to its guests. Since its completion in 1994, Taybet Zaman has won numerous awards, including the 1996 British Airways Tourism for Tomorrow Award and the 1997 Green Global Commendation Award.

Local Guides: As a company we have a policy of staying in locally owned accommodation wherever possible and our ground agent employ local guides using transport owned and operated by local people. Lunches are eaten in locally owned and managed restaurants thus supporting the community financially. This provides valuable employment to the region and keeps the money you spend in the country which helps to maintain and develop the infrastructure. 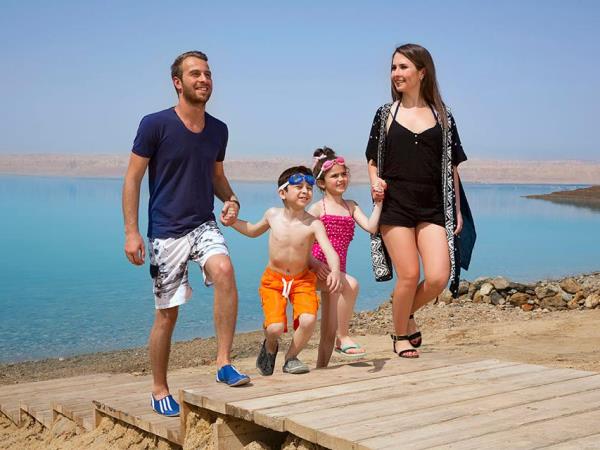 Create a lifetime of memories on a dream family vacation