With so many photos of Belize capturing its underwater beauties, dont overlook what is flying all around there too. An extraordinary array of birdlife, from mot mots to kingfishers, hawks to mangrove swallows all to be spotted on bird watching holidays in Belize. Thanks to the countrys biodiverse habitats, be it savannah one day or rainforest the next. And the national bird of Belize, the keel billed toucan is just about everywhere.

For every species of fish sought after in Belizes barrier reef by divers, there are as many species of bird spied on by wildlife enthusiasts. In fact, there are 547 species of bird and about 500 species of fish. In fact, you will lose count completely on bird watching holidays in Belize when you are stopped in your tracks by blue-crowned motmots in the rainforest, Yucatan nightjars at Lamanai, or the keel billed toucan, the national bird, just about everywhere.
See all our Belize Holidays

Give us a call
Travel Team
If you'd like to chat about Belize or need help finding a holiday to suit you we're very happy to help.

rosy@responsibletravel.com
Belizes avian Arcadia is thanks to its biodiverse habitats of savannahs, rainforests, broadleaf forests, pine forests and wetlands. Due to the countrys size and accessibility, you can easily flit from one to the next  although there are some locations, such as the Crooked Tree Wildlife Sanctuary (CTWS), that pack many of those habitats into one vast landscape.

A must visit on any bird watching holiday in Belize and founded in 1984 by the internationally renowned Belize Audubon Society, CTWS is made up of 6,630 hectares of lagoons, creeks, logwood swamps, broadleaf forest and pine savannah. But it is the savannah that is home to one of Belizes most spectacular species: the jabiru stork, the tallest flying bird in Central and South America, which chooses this beauty spot to nest, arriving in November and staying until newborns take flight around April or May.

Bird lovers could spend days on end at Crooked Tree alone. The wetlands are wonderful to explore by boat, especially during Belizes dry season (February to May), when it becomes an ornithological oasis. The lakeshores are prime birding locations for beauties such as the black-collared hawk, pygmy kingfishers, rufus-tailed jacamars and, if you are lucky, the sungrebe and agami herons.
Tropical birds abound in Belize, but to be fully immersed in rainforest habitat, bird watching holidays will often head south to the Mayan Mountains. The Jaguar Reserve in the Cockscomb Basin, as well as its eponymous resident, is home to over 300 bird species, thriving in tropical fauna such as mahogany and Santa Maria trees. These birds in paradise include the prolific keel billed toucan, endangered scarlet macaw, emerald toucanet and great raptors too, such as the king vulture.

More centrally located, the rainforests of St. Hermans Blue Hole National Park are also managed by the Belize Audubon Society. These rainforests feature walking trails that lead you to not only the types of birds of paradise mentioned above, but also plenty of other multicoloured wonders such as white hawks, red-legged honey creepers, crested guans, lovely cotinga and slaty-tailed trogons.

However, one of the best aspects of bird watching holidays in Belize, is that you can peruse prizes from the countrys natural and cultural heritage in one day. The journey to the ancient Mayan site of Lamanai, for example, is on a boat along the New River, or Rio Nuevo, the longest river to solely run through Belize, in a north easterly direction, with its mouth in Chetumal Bay. Near the bay, the river forms a lagoon which became home to a Mayan civilisation as far back as 1500 BCE.

So, although you will need to stand back to take in the greatness of Lamanai when you get there, you will have your binoculars glued to you en route as you purvey the waterside cypress trees for the likes of the black-collared hawk, northern jacana, mangrove swallow, olive-throated parakeet and the more elusive purple gallinule. Once you get to the splendid Mayan marvels, more parrots, motmots and toucans join the party. Although birdsong can be upstaged considerably by the famous howler monkeys here.
Last but not least, more Mayan and avian wonders await at Caracol, which is enveloped by the Chiquibul Forest Reserve. Although it is believed that much of Caracol is still to be unearthed, the majority of its secrets concealed under the rainforest floor, the birdlife is out in the open and well recorded, including rarities such as the keel-billed mot mot as well as the crested guan, great curassow and the ocellated turkey.

Climbing to the top of Caracols great pyramid at Caana makes sense of its Mayan meaning Sky Palace, towering 40m over the rainforest canopy. Although for birding fans, every corner of Belize is like a sky palace, really, with natural kingdoms that are highly protected, respected and revered. 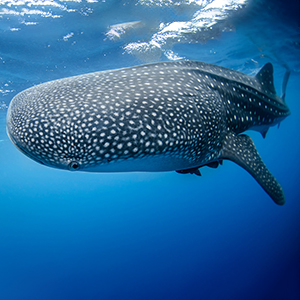 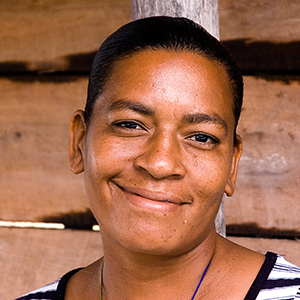 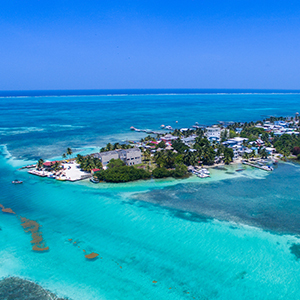 Belize map & highlights
Belizes highlights are scattered across the map on land and sea, with a jungle-lined coast that stretches almost 300km, plus hundreds of cays and islands. 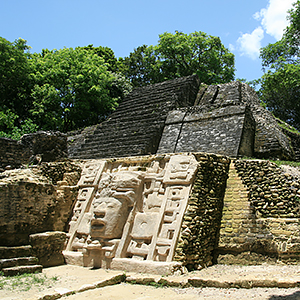 Maya sites in Belize
Read about the history, where to see the great sites, and what sort of adventures await on our Mayan holidays in Belize. 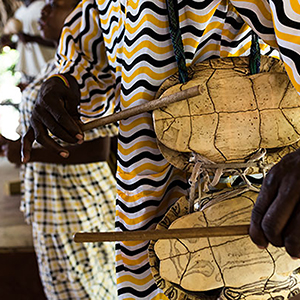 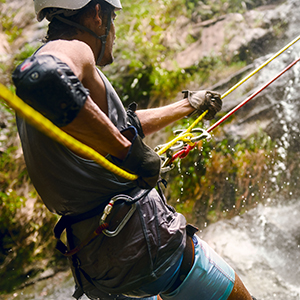 Exploring inland Belize
Explore inland Belize with Maya guides who illuminate the culture and beliefs of their communities. 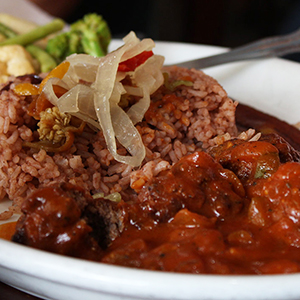 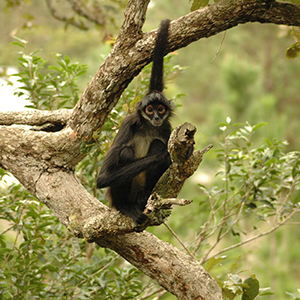 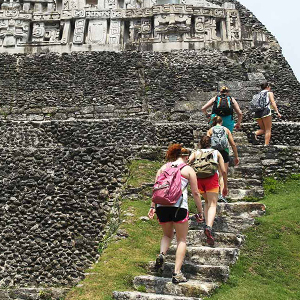 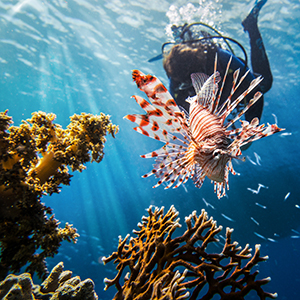 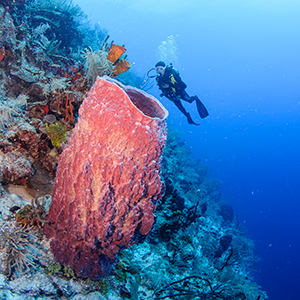 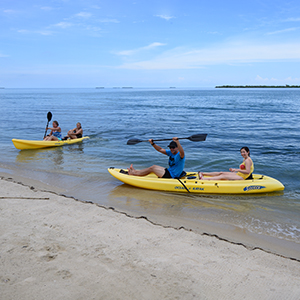 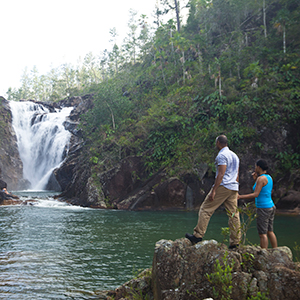 Belize honeymoons
While it has plenty of paradise beaches, Belize is very much a honeymoon destination for adventurous couples. 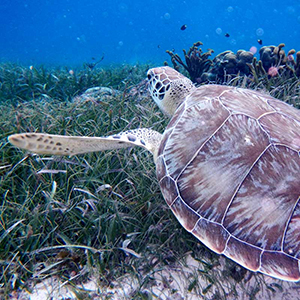 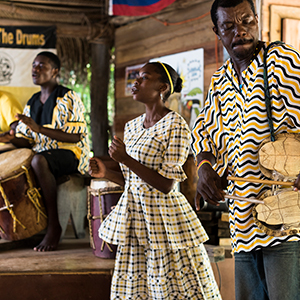 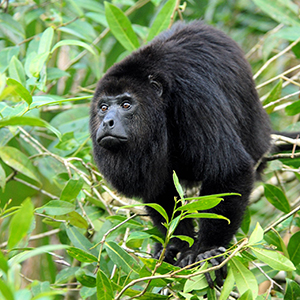 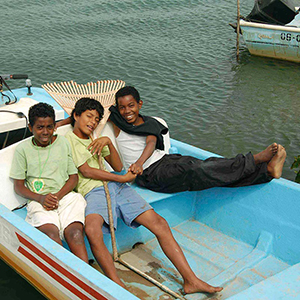 Volunteering holidays to Belize could get you spearing destructive, invasive lionfish, IDing sea turtles on the second biggest barrier reef on the planet, or building boardwalks over fragile rainforest floors. Read our travel guide to find out more about volunteering in Belize.