Situated at the crossroads between eastern and western cultures, both Bosnia and Serbia are rich in heritage and tradition, as demonstrated by this spellbinding tour that takes from Belgrade to Banja Luca by way of Prizren, Sopocani Monastery and Sarajevo.

Iconic historic sites that you will visit over a two-week itinerary include the magnificent Iron Gates Gorge on the Danube, the famed Serbian Orthodox monastery in Gracanica, and the 16th century Ottoman bridge, Stari Most, in Mostar. These are framed against a series of beguiling landscapes that will ensure youre glued to the window throughout, such as the agricultural heartlands of Serbia, Derdap National Park and the majestic ar Mountains.

While every day of this trip offers new experiences and sights, there are a few definite highlights. The atmospheric Sopocani Monastery, built in the 13th century and a UNESCO World Heritage Site. A mountain train journey on the way to Srebrenica. A glimpse inside the Sarajevo Tunnels, a lifeline during the Bosnian War when the city was under siege, and a tour around the historic centre of picturesque Mostar. Youll also take a boat cruise on the twisty-turny Uvac Lake, and see a number of sparkling waterfalls.

This tour spans Bosnia-Herzegovina, Kosovo and Serbia, tracing the course of the Danube at times, and is never less than enthralling. Expect to fall deeply for a region that has risen from a dark period in history to showcase a remarkably resilient historic and cultural capital. 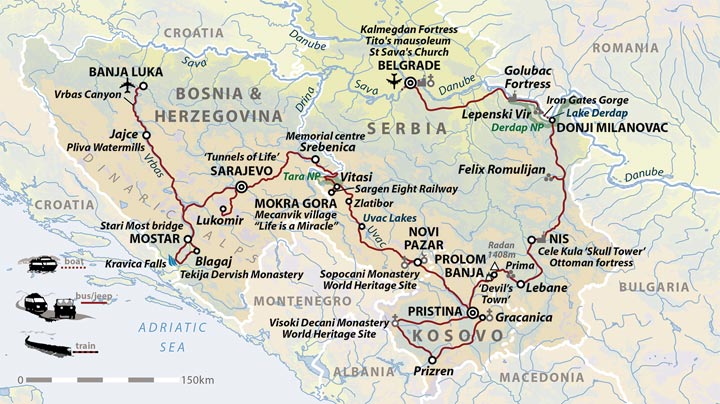 2 minute summaryBest time to go
This Balkans travel guide focuses not only on the Balkan region but also, for the main part, on holidays that take you to more than one country here. ...

2 minute summaryBest time to go
Bosnia and Herzegovina is often abbreviated to BiH which, if you pronounce it in English, isnt exactly an inspiring acronym. But this country is far ...

The trip guides' frank explanations of the history of their regions as we
travelled through these troubled places.

Prepare by reading on the history of the region.

Yes, the trip coordinator / planner had taken trouble to ensure benefits to
locals.

Very highly the trip leader / coordinator was outstanding in her
management of the group, it's timing and progress as well as of the many
extravcalls on her time and expertise.

By keeping the group size to a maximum of 12, we can also minimise the human impact on the fragile sites and ecosystems we visit.
We attempt to reduce plastic bottle use wherever possible by promoting use of reusable and filtered water bottles. Our partnership with Water-To-Go provides a discount on filtered water bottles to our clients. We do not provide water from plastic bottles to our clients in country but always ensure there is regular access to drinking water on our tours.
We are promoting the natural beauty and ancient heritage of Serbia, Kosovo and Bosnia & Herzegovina through visiting not only Derdap National Park and Tara National Park, but also the UNESCO World Heritage Sites of Sopocani, Gracanica and Visoki Decani. UNESCO Sites are chosen by the UNESCO committee and must "bear a unique or at least exceptional testimony to a cultural tradition or to civilisation", "an important interchange of human values" or be outstanding examples of major stages of Earth's history or ecological and biological processes in evolution. Visiting such sites helps sustain the traditions and natural ecosystems of Serbia, Kosovo and Bosnia & Herzegovina through tourism.
Throughout most of the trip we will be travelling in minibuses. Travelling as a group in a small bus contributes less pollution than a multitude of vehicles. We will also be exploring many areas on foot, by boats and by train, to not only soak up the amazing sights at a slower pace, but to reduce our environmental impact and footprint along our journey. Slower travel also allows for more chances to interact with people from another culture.

The best way to share stories and meet new people is over a plate of great food and a glass of wine in hand. On Day 5 in Radan Park (Serbia), we will be eating in a local farm to try a traditional Serbian lunch. On Day 13, we will be going on a wine tasting and dinner in a local vineyard, near Mostar. Supporting the local food industry in the Balkans not only maintains the cultural identity of the country but connects cultures through the most ancient of pastimes, eating and drinking!
On each Group tour we use local ground handlers. This means that all operational costs go directly into the local economy and help improve employment opportunities in remote regions. Such support can also be seen in our incorporation of homestays, locally owned hotels, family run restaurants and the services of local guides and drivers into our itineraries, which ensures that the money you spend with us goes directly into the local economy and local community. 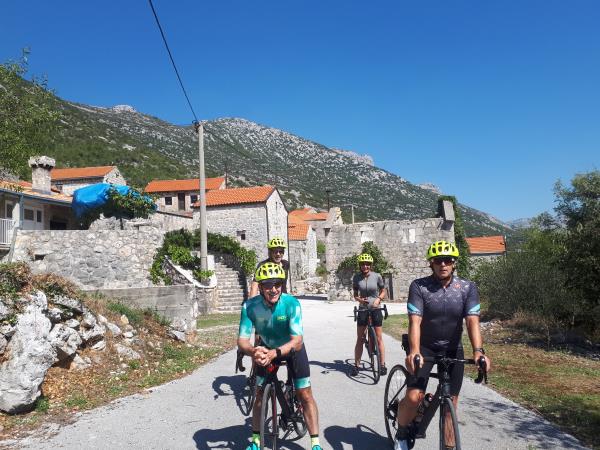 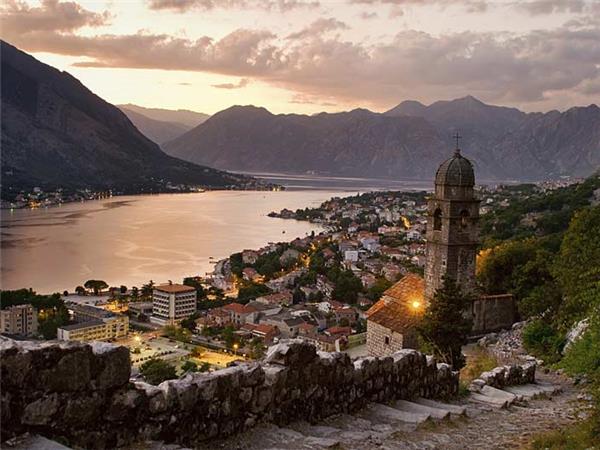 Holiday to Montenegro and Bosnia-Herzegovina

A magical mixture of European and Eastern culture 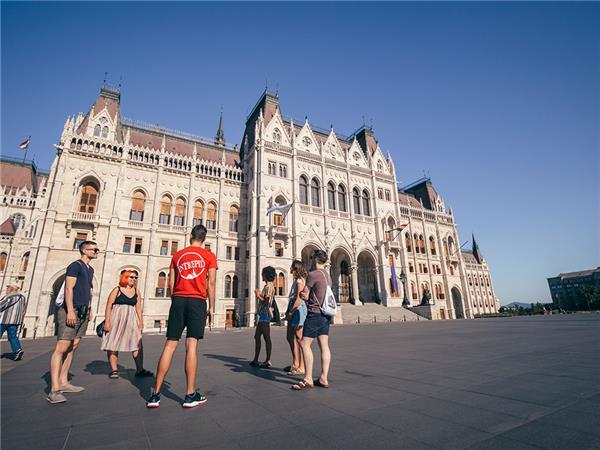