Discover Borneo on this 13 day overland tour, taking in Sarawak, Sabah and Brunei. Misty rainforests, orangutans and exotic tribal culture are just a handful of the highlights that await on this fantastic adventure, perfect for nature lovers and anyone with a taste for adventure.

This tour focuses on the Malaysian part of Borneo, divided into the two states of Sabah and Sarawak. Youll find traditional culture and abundant wildlife in both, visiting several national parks which are home to Borneos most famous resident, the orangutan, as well as proboscis monkeys, wild boar, snakes and numerous birds.

You will have the chance to meet the Iban people in Sarawaks rainforests. Long ago, the Ibans were legendary head-hunter tribe, but today the peaceful descendants of these fearsome people are waiting to meet you, and visiting their remote longhouse, one of the last remaining of these communal buildings, is a highlight of this tour.

The tour travels to Niah National Park, also in Sarawak, which is home to an archaeological site where human remains dating back 40,000 years were found. There is also a huge cave system here, decorated with ancient paintings, where bats and swiflets swarm.

Tucked between Sabah and Sarawak is the small state of Brunei. Petroleum has made this one of the richest countries in the world, making its head of state, the Sultan of Brunei, one of the most wealthy men on the planet. Explore this unique place for a day, taking in its spectacular mosques and the enormous Sultans Palace.

Next, move on to Sabah, and head offshore to enjoy a day snorkelling and chilling on the beach on Survivor Island, nicknamed after the reality TV show filmed here. We spend time in Kota Kinabalu, the state capital, before enjoying the beautiful national park around the famous Mount Kinabalu and relaxing in the hot springs here.

US $1398 including domestic flights only
Convert currency:

2 minute summaryBest time to go
A snow-white Renaissance English fortress from the days of the White Rajahs and a 19th century South Indian mosque; perhaps not what youd expect to f...

2 minute summaryBest time to go
Tacked onto the northern tip of Borneo, Sabah lays claim to more than its fair share of the earth's riches. Altitude aficionados can get their fix on ...

Reviewed on 04 Jan 2019 by Josefa Lullington

Mr SK Law was the one who met us at Kuching Airport the day of our arrival, drove us there the day of our flight to Miri and also took us to and from Kampong Bako the day we visited the National Park, so we saw him a few times and we liked him very much. The whole trip was very well organised and we enjoyed every minute of it. We are very grateful for all your help and we will recommend "Responsible Travel " to our relatives and friends.

The most memorable part was arranged by Jerry Tao to attend the Remembrance Day celebrations on Labuan Island - an unexpected addition and very much appreciated. Some of the other highlights were visiting Bako National Park (seeing proboscis monkeys and wild boar plus the rock formations); the Orangutan Sanctuary and seeing a female and her baby; visiting the Niah Caves; the visit to Brunei and the visit with Jack Koh to Kinabalu Park. Learning the history & cultures of the areas we visited was a special treat.

Immerse yourself in the history & culture of the areas visited. Don't hesitate to communicate with your guides if you have anything of particular interest. Don't hesitate to ask questions - the guides are only too happy to share their knowledge. Most of the trip was very pleasant although I found the trip to the Iban Longhouse a bit tedious (a liitle too much emphasis on Tuak) and the facilities less than basic. Our guide while extremely knowledgeable, generally engaged, but not very attentive at meal times and my wife (being a celiac) required gluten free meals. Another one of our guides while English speaking, was almost impossible to understand because of his accent

Our holiday I'm sure benefitted the local people especially the Iban as it put money into their facility plus we were expected to give a gift on arrival and suggested we tip at the end.

There were sufficient positives to out weigh any of the negatives and I would rate it a four out of 5. Most of the hotels were more than adequate and had good locations

On this trip, you will visit Semenggoh Orangutan Rehabilitation Center that is set up in 1975 to provide care for orphaned and injured Orangutans, the Wild-man of the Jungle. The center is situated within the boundaries of the Semenggoh Nature Reserve, approximately 24 km from Kuching and is the best place to see semi-wild orangutans in Sarawak. The center main aims are to rehabilitate wild animals with the objective of subsequently releasing them back to the wild as well as to conduct research on endangered species. The entrance fees paid to the center goes directly to paying for the rehabilitation not only the Orangutans, but the other animals that are now brought here. By following the parks rules, visitors are able to witness the incredible majesty of these creatures while contributing to their survival. Donations are also welcomed by the center and we would ask all our clients to donate a small amount for their visit.

Your trip also includes a visit to Bako National Park in Sarawak as well as Kinabalu Botanic Garden in Sabah. Bako is a small, coastal, mangrove forest well known for its conservation and education work and is home to just under 300 rare proboscis monkeys; while the Kinabalu Botanic Garden is Malaysia's first UNESCO World Heritage for its outstanding universal values and most important biological sites. Both parks are premier conservation centers in Borneo and are renown for their wealth of plant, wildlife and beautiful scenery. Your park fees help the national parks to protect and maintain these precious ecosystems. Your park guides are trained to educate you to be respectful and careful while exploring along the trails, as well as teach you the importance of conserving forests, as well as the sustainable use of forest resources.

In our trip to the remote Borneo interior in Sarawak, we stay with a local tribal host at an Iban traditional style Longhouse. The longhouses are locally built for generations by sustainable practices of using the local materials from the surrounding jungles. The accommodation are of basics standard with light goes off at 10 pm.

We provide travelers with suggestions for Code of Conduct for Environmental responsibility:-
- Our Pre-Tour What to Expect information provide accurate pre-trip information concerning the specific to a particular trip including the social, environment and political situation;
- We recommend the guest bringing their own re-fillable bicycle water bottle and avoid using one-off plastic bottled water.
- We also discourage the use of plastic bags, suggesting customers to bring their own dry bag or small waterproof backpack. During tours, we recycle wherever possible, and try to keep our waste as low as possible;
- We never allow traveler to take pieces of coral or other endangered plant life home as a souvenir.

We build up our partnership with as many local as possible, from the local boatman, homestay, street stalls and small cafes. As much as possible, we stick to the same local people who are then familiar with our expectation.  All of our local guides and local partners are provided with a fair wage and secure job. We love to send them on feedback from clients to encourage their good work and work with them, as a team to provide great service.

For our boat trip to the Bako National Park we use the transportation provided by local boat association that is made up of local fishermen who uses their downtime to provide transfer for the visitors to the park. This provide additional revenue for the local community.

Similarly, the longboat visit to the interior longhouse in Batang Ai is also provided by the local tribal community. Individual boatmen are regularly trained by local district authority with safe and environmental friendly practices.
The income from the overnight stay at the longhouse goes straight to the longhouse family who hosts you, and then other people in the longhouse who have helped out during your stay. You will have the opportunity to interact with the tribe, enjoy an evening meal and learn more about their life and customs. The cost involved also helps to fund medical supplies, schooling and bring wealth to the area in order to ensure that their way of life is sustainable. You will be escorted to the longhouse by local guides and boatmen that are all from the surrounding villages. Your guide will brief you on how to act or feel to be welcomed and respected locally, such as educating you on a few local phrases and information on local etiquette and tipping.

You will visit many local markets during the trip, such as the Lachau Bazaar market in Sarawak on your way to Batang Ai as well as Sabahs Nabalu Market. These markets are frequented by locals and it is a wonderful place to pick up authentic souvenirs and money helps to fund locals living and working in the area.

We provide travelers with suggestions for Code of Conduct for Social responsibility and ways to minimise negative impacts on local cultures:-

-We recommend the traveler when buying souvenirs, head to the shops of traditional artisans or local cottage industry for locally made products. That will be helping to keep traditional crafts alive, while also supporting our small, independent business owners and artists. We always favour local products over imported items, but avoid buying things made from the tusks or horns of endangered animals (such as hornbill and coral), or from at-risk plants (such as orchid and pitcher plant). We educate travellers how and why purchasing locally produced goods and services - souvenirs, crafts, meals and guides from locally owned establishments has beneficial effect  communicate a sense of the significance of this to local communities;
- We also suggest ways to minimise negative impacts on local cultures such as giving the best possible advice about bargaining, as well as advice on giving gifts or money to beggars, children, and people they have just met;
- We recommend the traveler always ask first before photographing or videoing people. Asking before clicking also offers the chance to have a conversation and to connect;
- We advice travelers to dress respectfully with an awareness of our local standards that varies with each culture and religion, including dressing modestly at certain religious sites and check what swimwear is suitable for pools and the beach. 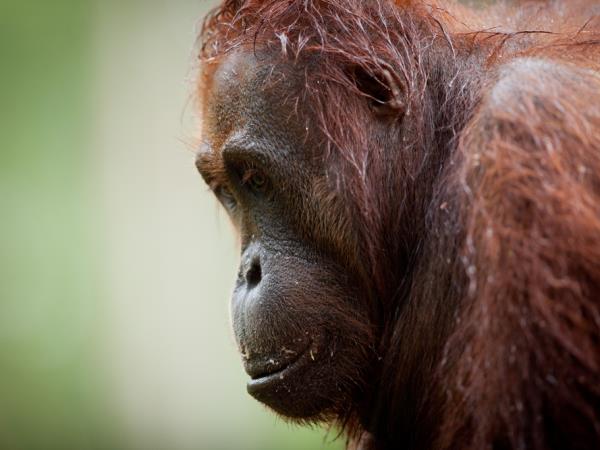 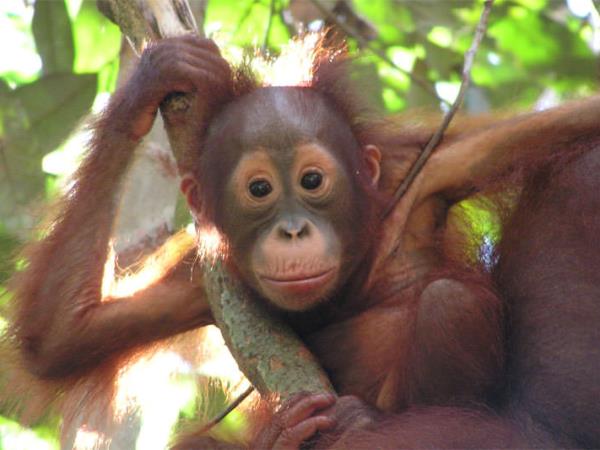 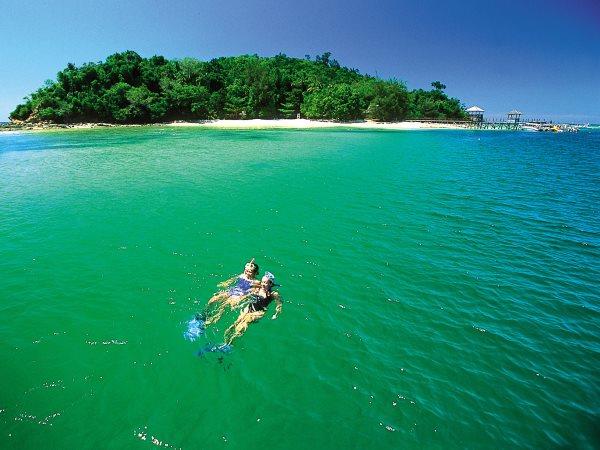