El Salvador is one of Central Americas tiniest and most overlooked nations, yet it has far more to offer than you may think. With a rich culture, beautiful villages, tasty traditional food, thriving craft scene and a 500-year-old capital city, there is plenty here to keep you busy for a week or two  before chilling on the surf-drenched beaches of the Pacific. Discover more in our El Salvador travel guide.

El Salvador is far more likely to feature in newspapers than travel brochures; perhaps this is why it remains off most tourists radars. Maybe they also stay away because there is so little known about its attractions  who knows off the top of their head what there is to do here? Most stories focus on the Salvadorians who are emigrating, rather than the small but growing number of travellers who are arriving. But as our El Salvador travel guide shows, these intrepid travellers have stumbled across a well kept secret.

Tiny El Salvador would fit inside the UK more than 10 times, yet it is home to some 600 bird species, and 20 volcanoes, two of which are active.

Four sea turtle species nest on El Salvadors wild Pacific shores, and its sweet, shade-grown coffee is drunk the world over. The countrys dark past is revealed along the Route of Peace that winds between former guerilla strongholds and once-devastated villages. The Route of Flowers, its creative counterpoint, leads travellers through artisan villages and vibrant food markets, in a wonderful display of the resilience and spirited culture of the Salvadorian people.
See all our El Salvador Holidays 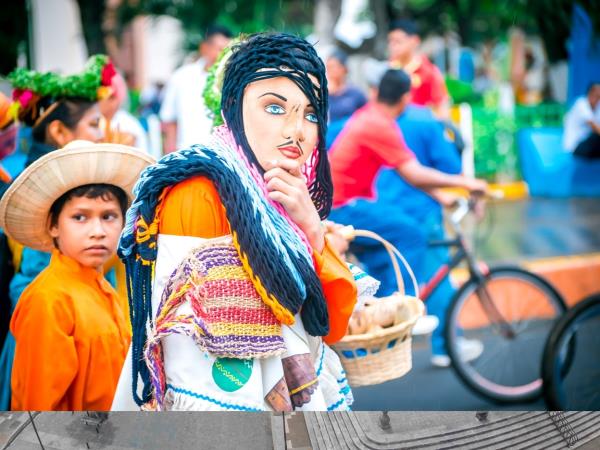 Central American adventure, away from the tourist trail 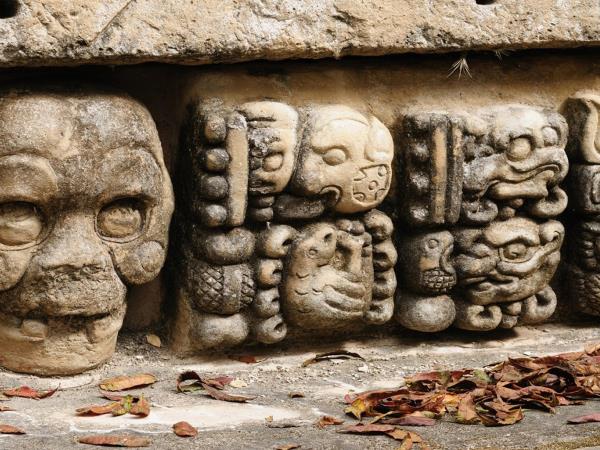 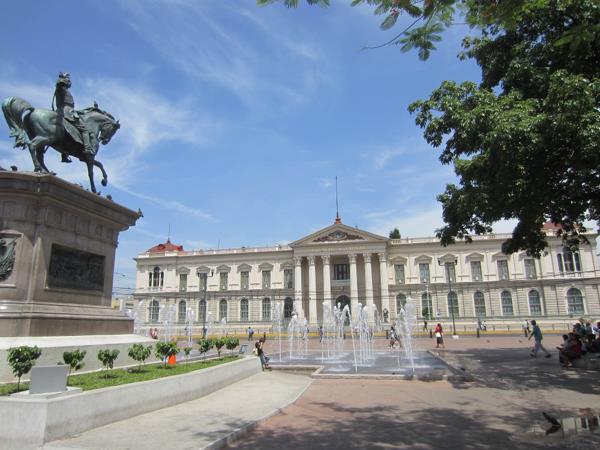 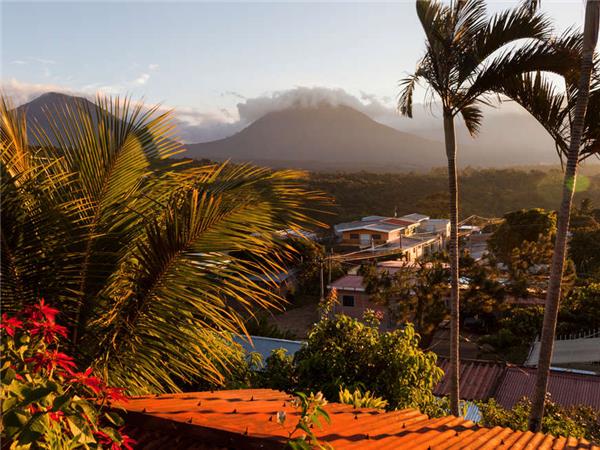 the smallest country in Central America, but the third most populous.

Little El Salvador is surprisingly packed with colonial, cultural and coastal treats; there is more than enough here to keep you busy for a couple of weeks, especially as the laid back vibe means that hours easily drift into days. It is possible to spend a week or two here exclusively, but many holidays combine the country with Honduras, or as part of longer Central American overland tours, crossing over from Guatemala or Honduras. El Salvadors compact size means that in just a few days you can visit colonial towns, volcanoes and wildlife-rich coast, with the Ruta de las Flores providing an excellent tour-within-a-tour which can be completed in a day. Long drives are, happily, minimised, and the proximity of many attractions means you can often spend two or three nights based in one town.

Central American adventure, away from the tourist trail

See all our El Salvador Holidays
Travel Team
If you'd like to chat about El Salvador or need help finding a holiday to suit you we're very happy to help.

This network of mangroves, islets and natural canals is El Salvadors most important marine ecosystem, hosting a huge number of native birds and reptiles, as well as endangered hawksbill turtles, which nest here from May to September. Kayak though the mangroves, hike through the forest, learn about turtle conservation projects or visit a nearby cocoa plantation to learn how chocolate is made.
Jiquilisco Bay
Joya de Cerén

In 600AD, the Laguna Caldera volcano erupted, burying a nearby farming community. Today, the site is known  unsurprisingly  as the Pompeii of the Americas. Unlike Pompeii, however, it seems that all inhabitants escaped. This is the best preserved example of pre-Hispanic life in the region, as homes, a sauna, agricultural tools, religious items, sleeping mats and even fields have been found virtually intact.
Ruta de las Flores

The pretty name is somewhat misleading, as the real gems along this 36km route are not the flora, but the many colourful artisan villages. If you can, visit at the weekend, when the markets and plazas really come alive with traders and food festivals. This is also prime coffee country, so you can visit a plantation en route, and learn how to harvest and roast the beans. Dont miss the museums, churches and craft galleries.
Ruta de las Flores
Ruta de la Paz

To learn more about El Salvadors more recent  and tragic  history, head to the Ruta de la Paz  the Route of Peace. The Museum of the Revolution tells the story of the civil war, while a scenic hike up Cerro Pericón traverses landscapes that were once guerrilla strongholds. The village of El Mozote was the scene of one of the wars bloodiest massacres; today, residents do their best to spread messages of peace to visitors.
San Salvador

While many Central American capitals are best whizzed through, this 500-year-old city is chaotic but surprisingly attractive, with plenty of trees and an impressive cathedral overlooking the main plaza. Walking tours reveal a jumble of architectural styles, as San Salvador was rebuilt several times following historic earthquakes. Visit the national palace, the excellent museums and buzzing marketplaces.
San Salvador
Suchitoto

Suchitoto was at the centre of a thriving indigo trade during colonial times, and you can still visit a functioning workshop today. Wander through its cobbled streets with pretty, painted houses, learn to prepare the national dish of pupusas, visit the galleries and laid back cafes, or head to the adjacent Lake Suchitlan where you can kayak and look out for the migratory birdlife, particularly birds of prey.
Tazumal

Tazumal was once a thriving Mayan city, which was abandoned some eight centuries ago. In its heyday its trade and cultural networks reached as far as Copan in Honduras and Chichén Itzá in Mexico. The most important structures are two large pyramids, and artifacts recovered from the site can be seen in the onsite museum as well as in San Salvadors Museum of Anthropology.
Tazumal
[Previous] [Next] [Close] 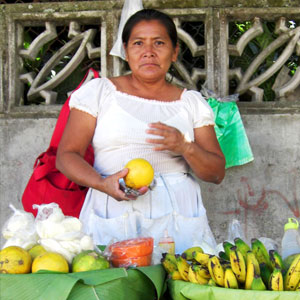