Adventurers and lovers of wild open spaces will be in their element in Mauritania. A country twice the size of France, it has a population of just 4.3 million and a tiny trickle of foreign visitors to match. An unstable security situation keeps people away, but you can experience the desert, historic towns and sweeping coastline if you take some precautions and travel with an experienced operator. Our Mauritania travel guide reveals more.

Dwarfed by neighbouring Morocco on the tourism scene, little visited Mauritania is no less dramatic when it comes to history and natural beauty. The desert is a constant presence here. Swathes of creamy sand, dramatic monoliths, ancient rock paintings and a string of storied caravan towns dazzle in the interior, while the desolate beauty of the Atlantic coastline is fodder for kitesurfers and birdwatchers. Culturally, Mauritania is a nation of nomads and even in the cities youll find tents and wandering camels.

Socially, the country is far from harmonious. Despite being outlawed since 1981, caste-based slavery still exists here, with around 18 percent of the population living as bonded labourers. Whats more, the risk of terrorist activity has put off all but the most adventurous travellers. Tread cautiously and use an experienced operator, however, and you can get your Mauritanian fix, whether that be exploring the dunes around Adrar, learning from nomadic tribes or revelling in the unspoiled seascapes and birdlife of Banc d'Arguin National Park. Read on in our Mauritania travel guide.
See all our Mauritania Holidays

too dangerous to visit. 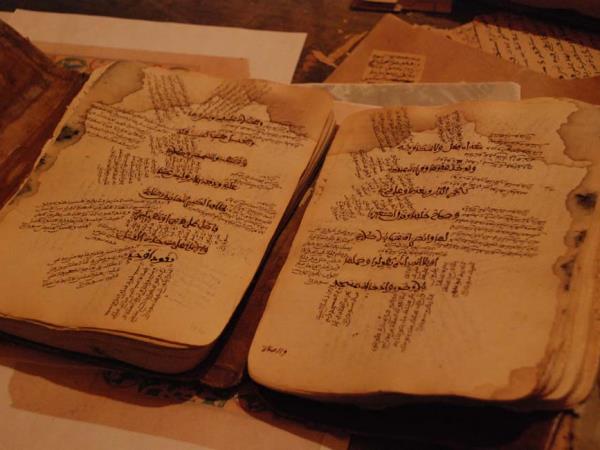 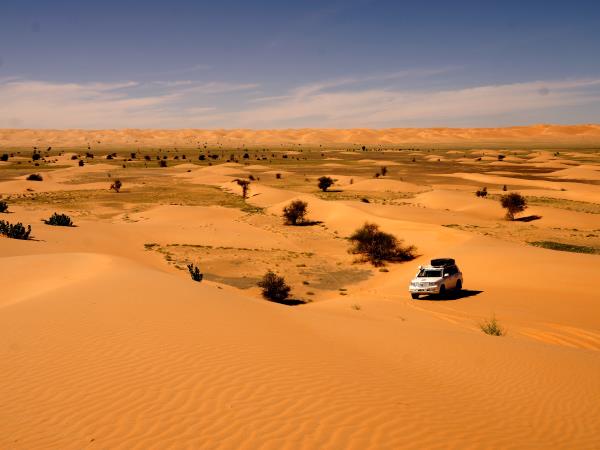 Travel from North Africa through the Sahara to the tropics 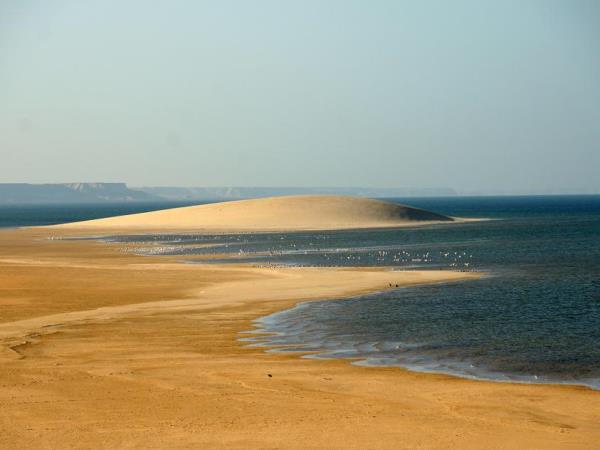 Guinea Bissau to the heart of the Sahara overland tour

Travel from Guinea Bissau to the heart of the Sahara 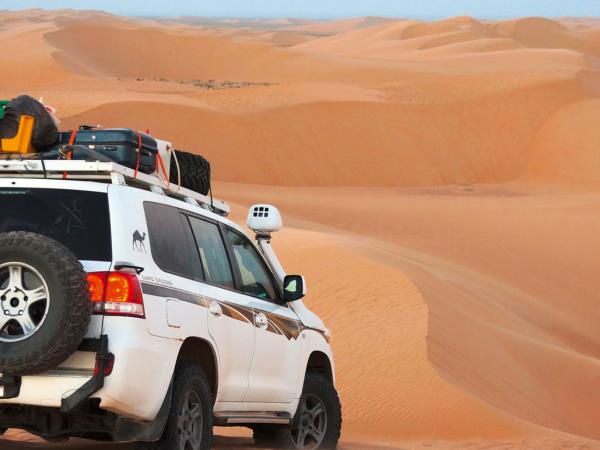 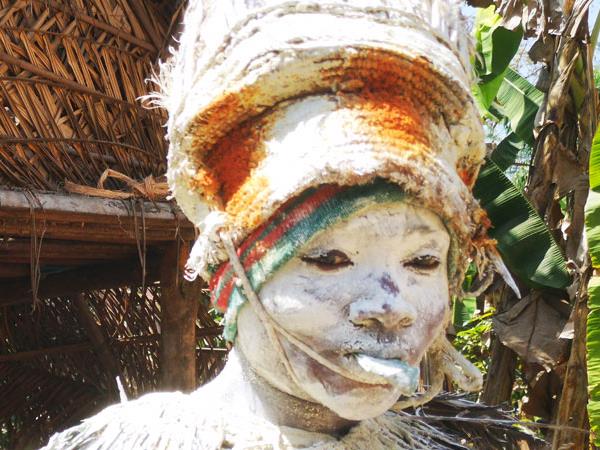 An epic journey from Morocco to the voodoo coast of Benin

About twice the size of France, Mauritania is bordered by Algeria, Mali, Western Sahara and Senegal, and has an Atlantic Ocean coastline. The country is dominated by the Sahara Desert, which includes the sweeping sand dunes of childhood imagination, but also plays host to mountains, rocky plateaus and ravines. The Senegal River forms the countrys southern border, while to the north lies the highest peak, the 915m tall Kediet ej Jill, close to the northern border with Western Sahara.

International flights arrive in the capital Nouakchott, typically via Paris, Casablanca or Istanbul. Public transport consists of minibuses and bush taxis, and then theres the legendary Nouadhibou to Zouérat train, an old iron ore locomotive thats the longest in the world and takes around 18 hours to complete its journey. For the moment, however, its safer and easier to negotiate Mauritania on a small group tour.

Give us a call to help with your itinerary
1. Adrar
2. Banc dArguin National Park
3. Chinguetti
4. Nouakchott
5. Nouâdhibou
6. Ouadane
Adrar

Mauritanias Adrar region is the Sahara at its most enchanting. Its a showcase for the diversity of the desert, full of rolling sand seas, sculpted rock, scorched plains and deep green oases, not to mention a sprinkling of ancient cave paintings and a handful of crumbling, fascinating towns that were once leading trade hubs and Islamic cultural centres.
Adrar
Banc dArguin National Park

A historic caravan town with buildings dating as far back as the 13th century, Chinguetti is made even more alluring thanks to its location at the foot of some of the countrys most impressive dunes. Highlights include the twisting alleyways of the Old Town, a 16th century stone mosque, and a handful of dusty old libraries, which house the towns ancient and fragile manuscripts.
Chinguetti
Nouakchott

Sleepy Nouakchott is lacking in major tourist attractions, but its home to the Port de Pêche, one of the busiest fish markets in West Africa. Visit late in the day and you can watch the fishermen bring in their nets, and cap off the experience with a visit to a nearby fish restaurant. History buffs, meanwhile, will be well catered for at the citys Musée National and the Grande Mosquée.
Nouâdhibou

A sprawling fishing port of low-rise buildings and sandy streets, Nouâdhibou stretches along a wide bay in the middle of a narrow peninsula near the country's northern border. Thanks to the sleepy pace of life and the eerie shipwrecks that lie marooned in a bay to the south of the city, Nouâdhibou feels even more off the beaten track than it already is.
Nouâdhibou
Ouadane

Perched on the edge of the Adrar plateau and dating back to the 12th century, atmospheric Ouadane is practically deserted, with only a handful of families still living there. A UNESCO World Heritage Site, its a jumble of ancient mosques and houses and is home to several thousand historic manuscripts, mostly held in private libraries.
[Previous] [Next] [Close]

See all our Mauritania Holidays
Travel Team
If you'd like to chat about Mauritania or need help finding a holiday to suit you we're very happy to help. 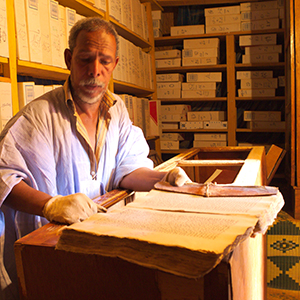