Tackle one of the top five coastal routes in the world on a North Coast 500 cycling holiday. Scotlands answer to Route 66 is a week-long adventure through wild, beautiful landscapes and remote communities where small groups of cyclists are warmly welcomed. Discover whats involved on a NC500 cycling trip, as well as highlights of this iconic route.

I think what makes the NC500 so exciting is the scenery first of all. This is a really remote part of Scotland. Its cold but the beaches are so pretty; you forget the weather and the hills straightaway. Then there is the challenge of it. There are climbs throughout and 100km or so to cover every day, so its very inviting for keen cyclists. You can finish the NC500 in just a week, so you can start on a weekend and only need five days holiday. And with so many people looking for low carbon holidays right now, this trip is great, as you can easily get the train up.

As Sunny Wattal, operations manager at our partner High Places explains, cycling holidays on the North Coast 500 (NC500) in Scotland take some beating. Launched in 2015 by the North Highland Initiative charity to boost economic progress in the area through tourism, it was the same year voted one of the top five coastal routes in the world.

The NC500 is a (very) scenic route around Scotlands wild north coast, beginning and ending at the red sandstone walls of Inverness Castle. Just over 500 miles (805km) long in total  hence the name  it passes through six regions: Wester Ross, Sutherland, Caithness, Easter Ross, the Black Isle (actually a peninsula, and a great place to spot dolphins), and Inverness-shire, plus locations such as Dunrobin Castle and John oGroats. Lauded as Scotlands answer to Route 66, there is simply no better way to experience the NC500 than under your own steam on two wheels.
See all our Scotland cycling Holidays

Every day on the North Coast 500 has its own charms, but there are several that really draw attention to themselves. On day one, youll enjoy lovely views of the Beauly Firth as you set off, then pass the Rogie Falls and its famous salmon ladder, as well as the tiny and remote railway station at Achanalt.

Day two sees you tackle the winding, grinding ascent of Bealach na Bà, which is followed by a lovely, long descent to Applecross. Your thighs burn the most on day four, the hilliest section with some 3,500m of climbs to conquer. But the prospect of a reinvigorating blast of sea air on the creamy white sands of Achnahaird Bay will keep you going.

Then day five, which according to the High Places team is a favourite for many riders, theres 140km of rolling terrain ahead. The path hugs the coast for much of the way as it rises and falls through some of the routes finest scenery.

One of the highlights for me is the Bealach na Bà pass, says Sunny. Its a big climb but there are some lovely sea views on the way down. I also loved seeing the edges of the Western Isles, across the Kyle of Durness, where the landscapes are so exposed. Many people dont realise the beauty of the beaches in this area. 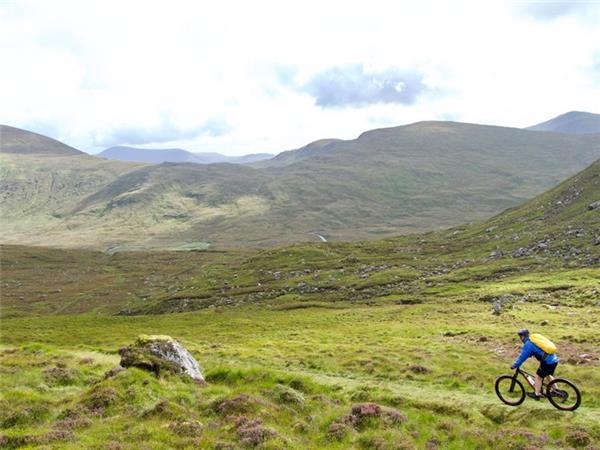 Probably the most important point to mention here is that while several endurance cyclists  including Mark Beaumont  have completed the NC500 in less than 40 hours, you dont have to. In fact, taking your own sweet time is encouraged. If you want to stay behind at the café for an extra slice of cake, push your bike up the hill or pause to take in a stunning sunset, you can always catch up with the rest of the group at your accommodation later. Typically, though, youll be in the saddle for six or seven hours a day over the course of a week.

There are some tough climbs involved and several sections on main roads, so you will need to be quite physically fit and comfortable with a bit of traffic. That said, our responsible tour operators take care to avoid the busiest sections.

Sunny Wattal explains: The NC500 is a very popular car sightseeing route, and you also get a lot of people from continental Europe coming on Harleys. For that reason, we dont always follow the exact route all the way. For example, on the final stretch we avoid the narrow single carriageway of the A9 where it gets very busy with traffic and go into the interior instead. But the overall distance is the same.

Youll be riding as part of a friendly and motivating small group, professionally guided and with a support van shadowing you all the way. So theres always someone to cheer you on over the next pass, and if youd rather skip the last few kilometres in the afternoon and catch a lift instead, no-ones judging you. Numbers are limited, usually to around 12. That means less impact on the often isolated communities you pass on the way, and you can stay in smaller locally owned accommodations.

We use B&Bs where possible, says Sunny, but mainly hotels, which serve very Scottish food and can cater for all dietary requirements. In the smaller, more remote areas, our groups usually spend the evenings socialising at the hotel together.
Restaurants and pubs a short walk away from your accommodation may also be used for evening meals, and will likely serve up a variety of locally sourced produce. Thats important because, as successful as the NC500 has undoubtedly been, there remain question marks over the economic value it has brought to smaller communities. Our responsible cycling holidays see to it that your money doesnt just disappear into the bank account of some mega hotel or restaurant chain.

This far north in Scotland, the cycling season is limited by the weather, Sunny points out. Youve got mid-May and June, then after that come the midges and crowds of summer which we aim to avoid. And from late September it gets cold that far north. So we have two trips in early and late summer and both sell out quickly. Cycling in the shoulder seasons means you need to be especially conscientious with packing to ensure youve got the right clothing to cope with rain or shine.

Lastly, while bikes can be hired and awaiting your arrival in Inverness, youre also free to bring your own if preferred. For a supplement, companies such as High Places will be happy to arrange for your bike to be picked up a few days before the trip starts, and drop it back off again afterwards, leaving you free to make your own way to the start point unencumbered. 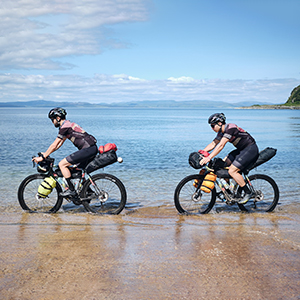 Cycling in Scotland travel guide
Scotland cycling holidays combine a glorious sense of freedom with a wonderful range of landscapes. 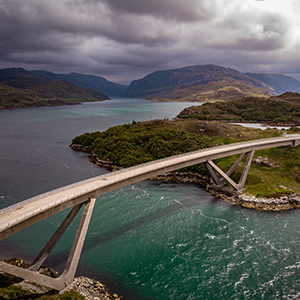 Where to go cycling in Scotland
Few European destinations offer such a sublime mix of challenge and wild natural scenery as Scotland.