A wildlife holiday to Canada will put you in reach of animals that set up shop in some of the most sensitive ecosystems in the world, from Arctic tundra and sea ice to coastal rainforest and oceanside First Nation communities. Read our guide to find out how to view wildlife responsibly in Canada.

On one hand, wildlife holidays to Canada are, by nature (ha ha) a responsible form of travel. Youre educating yourself about a vast, fragile environment and learning how to guard it. Youre investing in wildlife stewards like First Nation lodges and kayaking guides. And when you hike, kayak and sail in small groups  and take your time to watch and learn  youre massively reducing your impact on the animals landscape.

On the other hand, a wildlife watching holiday heaps a whole load of responsibility on your shoulders. Youre placing yourself in tundra and rainforests that are built for bears and whales  not people. Youve got to ghost in and out, tiptoeing as lightly as you can. The best way to do that? Travel with a tour operator who uses guides committed to leaving only a positive impact on the wildlife and environment. Go with guides that value the safety of animals almost as highly as your safety  and that, in fact, value the wildlifes happiness over yours. Read on to see what makes a responsible wildlife holiday to Canada. 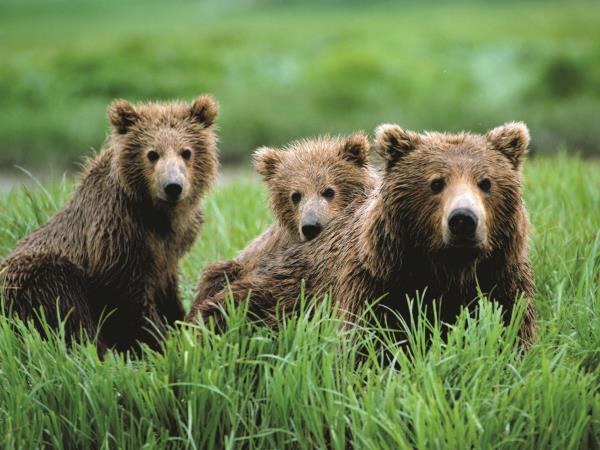 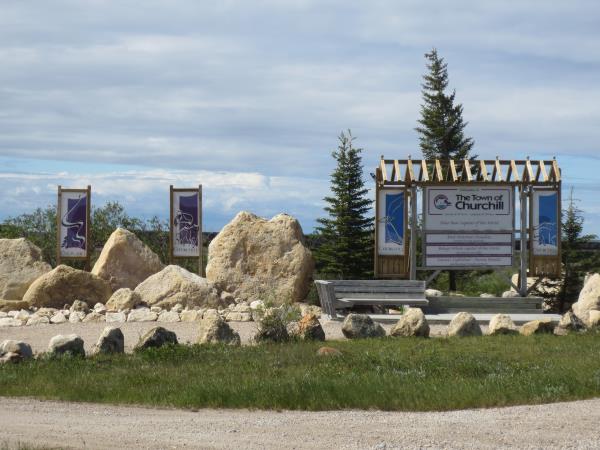 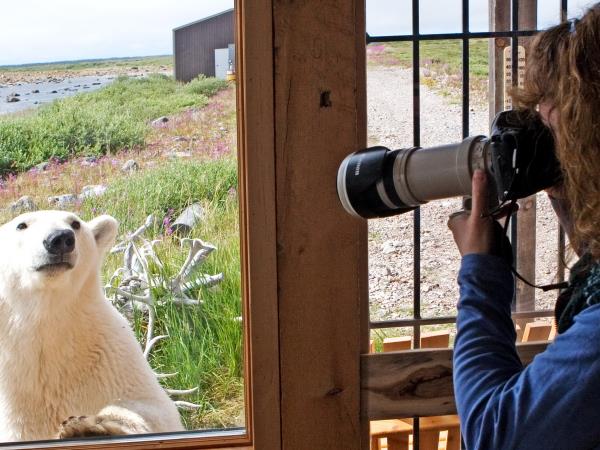 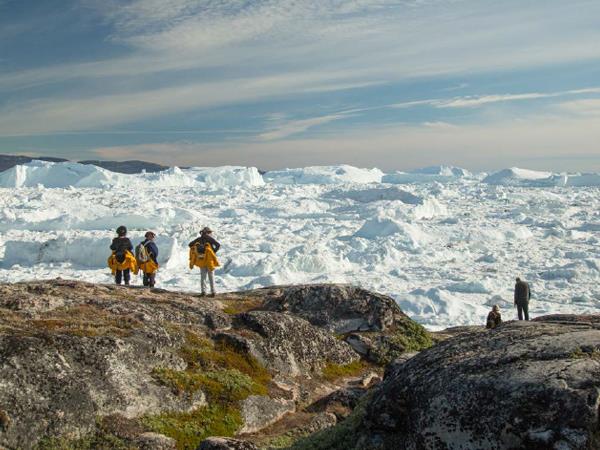 Venture where the sun never sets 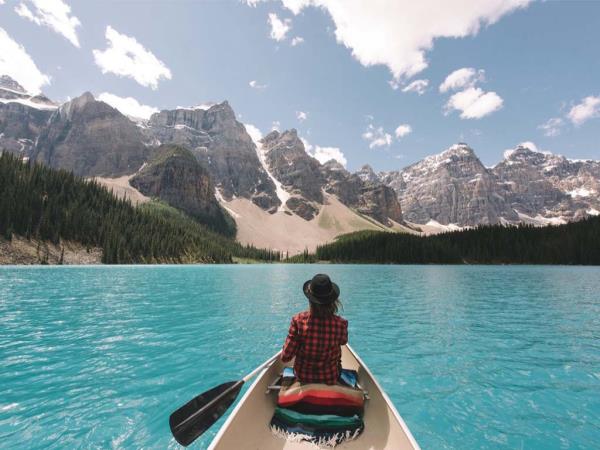 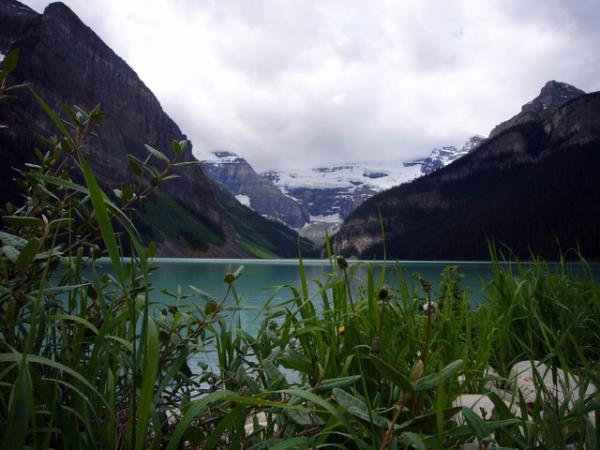 Images of bears crossing roads, fighting over scraps in rubbish dumps or snuffling around porches are a dime a dozen these days. Canadian bears have evolved at a remarkable pace to adapt to human company. Now that more and more people are hiking, biking and camping in their territory, theyre also losing their fear of people and cars.

Worse than that: bears are wandering into campsites and towns, tempted by the intriguing aromas of barbecues and rotting rubbish. Parks Canada rangers have started using noise, sprays and paintball guns to reinspire a fear of humans, reckoning its better than the alternative  the euthanasia of an aggressive bear defending its food source. Theyve also enforced a no-stopping zone west of Jasper in the Rockies, so that bears can forage for berries in peace without coachloads of tourists stopping for a gander.
What you can do

Habitat loss goes hand-in-hand with human-bear conflict. In the Canadian North, polar bears are spending longer near easy food sources  say, towns like Churchill  while waiting for the ice to form, which they need to hunt seals from. Contrary to popular belief, more polar bear sightings dont necessarily mean that their numbers are increasing. It means that their icy territory is rapidly shrinking, moving them towards easier pickings.

For a country that touts its green credentials  banning captive cetaceans, top-notch recycling facilities, cities powered by hydroelectricity  the Canadian government is pretty bad at saying no to oil pipeline development. The Enbridge Northern Gateway pipeline through the Great Bear Rainforest has been shelved, but theres always another in the works.

Hunting is one of the greatest threats to bears in the Great Bear Rainforest. This near untouched 3,800km2 treescape is home to around 100 ultra-rare spirit bears, whose white-gold fur stems from a recessive gene. And while British Columbias Ministry of Forests, Lands and Natural Resource Operations has outlawed killing spirit bears, hunters with a permit are perfectly entitled to shoot a black bear that could potentially be carrying the recessive gene. In 2012, nine of the First Nations communities who live in the forest voted to ban bear hunting in their traditional territories. The government is still issuing hunting licenses.

Hunting polar bears is perfectly legal in Canada. Its also the only country in the world that allows international exports of polar bear furs and skins. This isnt usually hunting for subsistence; polar bears are a commercial commodity, with the biggest skins fetching up to £14,000. Its a complicated issue. The Canadian government and conservation groups see polar bear hunting as sustainable, as theyve recorded a healthy population of polar bears. They argue that climate change is more of a threat, anyway.

Conversely, some conservationists have suggested that the way polar bears are counted is flawed. And the very fact that hunters target the largest males means that the healthiest animals  the ones more likely to survive increasingly warm winters  are being removed from the population.

Canada passed the Free Willy bill  or less catchy Bill S-203  in 2019, effectively banning the capture and breeding of cetaceans like whales, orcas, dolphins and porpoises for entertainment. Out in the Pacific Ocean, however, the 70 strong pod of southern resident orcas of British Columbia are struggling. Their plight was summarised by the image of one of the whales swimming with her dead newborn for 17 days. The pods first healthy calf in three years was spotted in 2019; its like a held breath.

Environmental stresses like PCB chemical pollution and heavy shipping are largely to blame. But disturbingly, the whole ecosystem is cracking up. Unlike the transient mammal-munching orcas of the Inside Passage and Baffin Island, Vancouver Islands resident population depends on the disappearing Chinook salmon.

Other whales unwittingly dice with danger, swimming through dense shipping grounds on both the Pacific and Atlantic coasts of Canada. Propeller scars on slow-moving right whales are common. Malnourishment is another big issue. Over 70 underfed grey whales washed up dead between Washington and Alaska in the first half of 2019. Perhaps, like the orcas, their food stocks are shrinking; perhaps conservation measures have been so effective that the whale population has outgrown its food source. The jurys out for now.
What you can do

Indigenous communities are often the first people to notice  and protect  the animals and ecosystems theyve lived in sync with for centuries. Its especially true of indigenous Canadians, whose traditions and values have grown out of harmony and respect for nature.

In British Columbia, the Kitasoo/Xaixais First Nations have partnered with university researchers and NGOs to research rare white spirit bears (or Moksgmol) in a non-invasive way. Its a sacred animal to the communities, and theyve learned that to protect them from hunting and logging then theyve got to get scientific proof that the numbers  and salmon they depend on  need staunch protections. The provincial and federal governments have got behind them, investing £71m in a stewardship programme for the 27 indigenous nations of the Great Bear Rainforest.

The rainforest First Nations communities have also pioneered eco-lodges inspired by ancestral long houses  car-sized cedar dining tables and ocean-view windows included. Indigenous people are often the only permanent residents of the most remote communities in BCs far north and Baffin Island, so theyll give you a new perspective on Canada and the wildlife in it.

Spirit Bear Lodge is a great example of wildlife conservation, and cultural preservation, as it fosters a close relationship with the local First Nation community. By widening its scope beyond wildlife observation, travellers can enjoy a deeper, more immersive learning experience, while the local community benefits from sharing their stories in an authentic way.

We've been delighted to hear about Canada's ban on plastic in 2021, which should increase the health of its marine wildlife. Issues that continue to put pressure on wildlife are mining projects which disrupt the salmon run and the ecosystem around it. Oil pipelines running toward the coast also pose a permanent risk of an oil spill.
Tom Brown from our wildlife holidays specialist Natural World Safaris shares his views on polar bear hunting: The Inuit do have quotas for hunting polar bears, which comes out of a cultural agreement as they have historically always hunted them. However, there is an issue around some of them selling their quotas to hunters. We had one visitor who came on a tour who was very anti-hunting, but when she got here, it changed her perspective on the issue. Hunting in a responsible way is a good thing in terms of keeping the numbers down and so on, but when we overhunt it becomes an issue. Hunting isnt a risk to polar bear population numbers anymore. The biggest risk to the polar bear is global warming and the loss of ice. 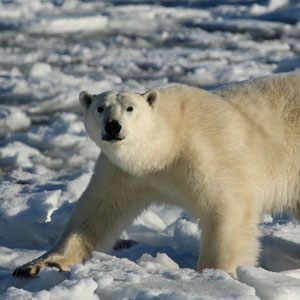 Best time to see wildlife in Canada
Are you after bears, narwhals, caribou or polar bears? Read on to find out the best time to go on a wildlife holiday in Canada. 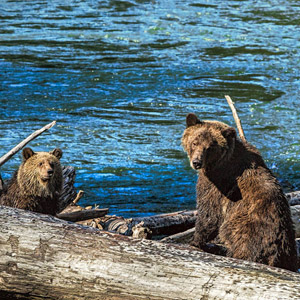 Wildlife in Canada travel guide
Wildlife holidays to Canada explore a part of the world where a cast of storybook creatures rule the roost. Read our travel guide to find out more. 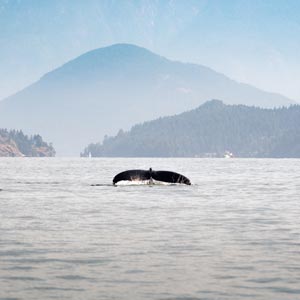 Orca and whale watching holidays in Canada
Whales and orca love the islands, bays and ice  and the juicy salmon that come with it. Read on to discover how to see whales in Canada. 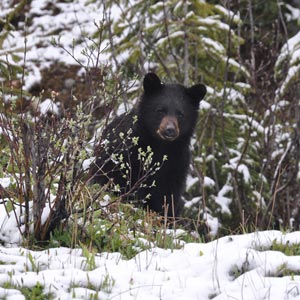 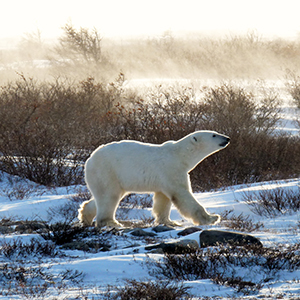 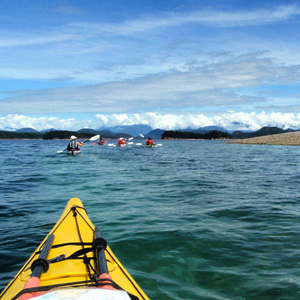