Places to visit in Denmark

As an island nation, finding out the best places to visit in Denmark is just as much about noting travel times as suggested itineraries with a combination of ferries, trains, planes and buses helping you make the most of your time in Denmark, as highlighted below on our rather useful map.

If you enjoy travelling by bicycle, train and ferry, youll love exploring Denmark  from Copenhagens super-sleek metro system to the well-planned cycle routes all over the country, everything works like a dream.
If ferries arent your thing, dont despair  bridges and tunnels carrying rail and road traffic connect many islands, including the major routes from Copenhagen to Malmö in Sweden, from Sealand to Funen and from Funen to Jutland. Covering the country by land and sea gives you a great sense of the scale and character of the nation, but if youre desperately short of time, you could hop between Copenhagen and Denmarks seven regional airports by air. 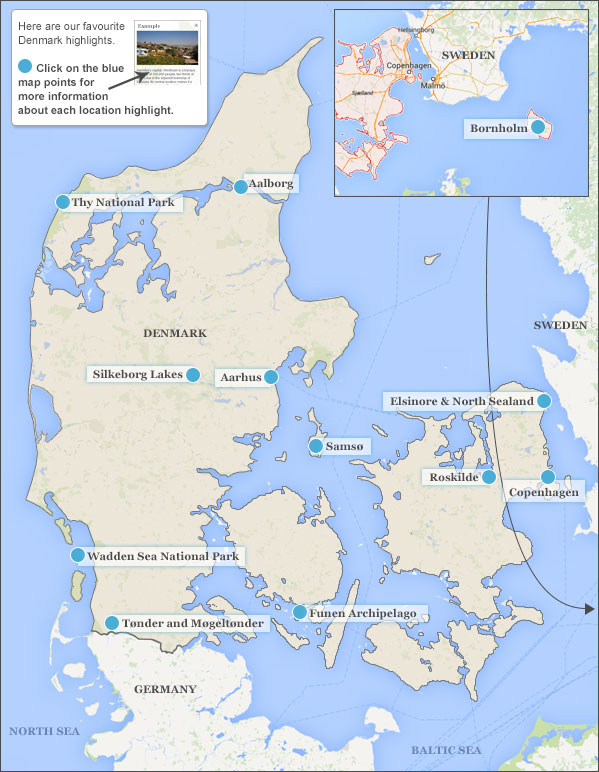 Aalborg has fine historic buildings and good restaurants, but the main reason to come this far north is to discover Viking history in the coastal wilderness. Nothing can prepare you for North Jutlands spectacular fields of stone circles at Lindholm Høje. This burial site is part of the impressive Nordjyllands Historiske Museum. You can refuel on Viking inspired dishes in the café.

Aarhus, the second largest city in Denmark, has an energetic, youthful atmosphere thanks to a large student population and a thriving café and music scene. Wander around the Old Town (Den Gamle By), an open-air museum of historic Danish architecture, dose up on Danish contemporary art at ARoS and visit the impressive new Moesgaard Museum of prehistory  theyre all superb.

Flung out in the Baltic Sea east of Sealand and 200km from Copenhagen, the island of Bornholm is a favourite holiday retreat for the Danes. As elsewhere in Denmark, cyclists get a good deal, with easy-going routes leading past swaying cornfields and villages bedecked with flowers. The islands white sandy beaches and clear water are the stuff that special memories are made of.

Copenhagen (København) is supremely easy to explore on foot or by bike. Once youve seen the colourful harbourside buildings, the intriguing Rundetårn, a 17th century observatory tower, climbed by a ramp, and the fairytale-esque Tivoli gardens, youll want to check out the alternative vibe in Christiania, shop for Danish design or lose yourself in fabulous New Nordic flavours at a cutting-edge restaurant.

The region of museums and castles north of Copenhagen is peppered with heritage wonders such as Kronborg Castle in Elsinore (Helsingør), immortalised by William Shakespeare as the setting for Hamlet. Then theres the Louisiana Museum of Modern Art in Humlebæk, home to Scandinavias largest collection of greats such as Picasso and Warhol, and the Museum of National History at Frederiksborg Castle in Hillerød.

A tiny house in Odense on the island of Funen (Fyn) was the birthplace of Denmarks most cherished author of folk tales, plays and poems. The Hans Christian Andersen Museum celebrates his work, putting it into historical context. Beyond the town, you can pedal through woodlands, visit fairytale castles and skim pebbles on quiet beaches.

Head for West Sealands main city to visit its brick cathedral, which is World Heritage listed, and the Viking Ship Museum featuring magnificent ships, rescued from the sea. Roskildes music festival is one of Europes biggest, an eight-day jamboree which attracts 130,000 revellers at the end of June. West of Roskilde is a fascinating living museum of social history, Andelslandsbyen Nyvang.

The island of Samsø is an experiment in carbon neutral living. All the electricity consumed by its community of around 4000 is generated from an offshore wind farm and most residents heat their homes with solar power and biomass energy. Country lanes wind between its organic strawberry, potato and livestock farms; you can hire a bike or explore by bus.

West of Aarhus, the town of Silkeborg lies on the River Gudenå in a beautiful region of lakes with thickly forested banks. This is a popular area for canoeing on smooth, calm water. Energimuseet, situated near Denmark's largest hydroelectric power station in the village of Tange, is a hands-on science museum with a focus on the history and theory of alternative energy.

The first expanse of Danish wilderness to be protected as a national park, Nationalpark Thy covers 200km² of pristine beaches, dunes and lakes on the wild North Jutland coast. Wild deer, otters and rare birds such as golden plovers can be seen here. Cycling and walking trails crisscross the park and riders can hire Icelandic horses, while windsurfers and kitesurfers catch the waves at Klitmøller.

Tønder in South Jutland is the oldest market town in Denmark, with a wide square and atmospheric cobbled streets. In the nearby village of Møgeltønder, you can wander along a perfectly preserved 17th century street and gaze in astonishment at the richly decorated interior of the medieval church where Prince Joachim, youngest son of the Danish monarch, married Marie Cavallier in 2008.

The coast and islands of Nationalpark Vadehavet in southwest Denmark are breezy and unspoilt. You can potter around by bike  the 28km circular Vikings and Wadden Sea Cycle Route takes in Denmarks oldest town, Ribe, with medieval buildings and a reconstructed Viking village. An hours drive north of Ribe is Henne Kirkeby Kro, an inn creating superb dishes from kitchen garden ingredients.

Get more ideas about where to go in Denmark 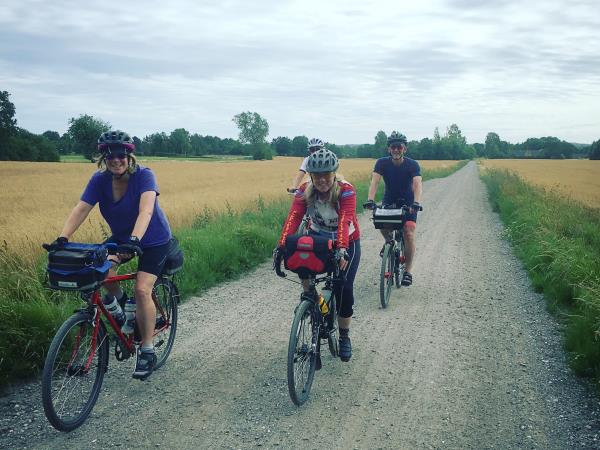 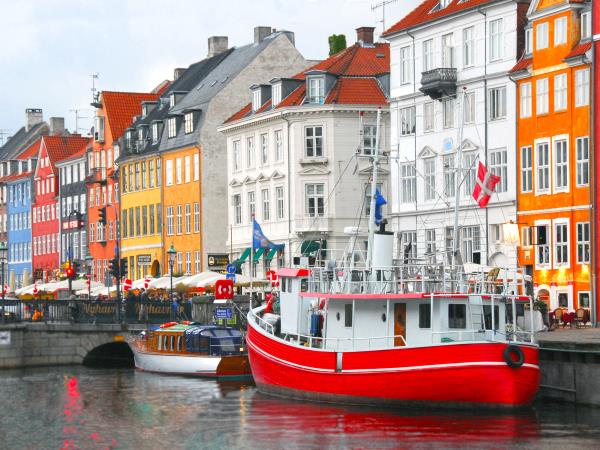 A week-long tour through the capitals of Scandinavia! 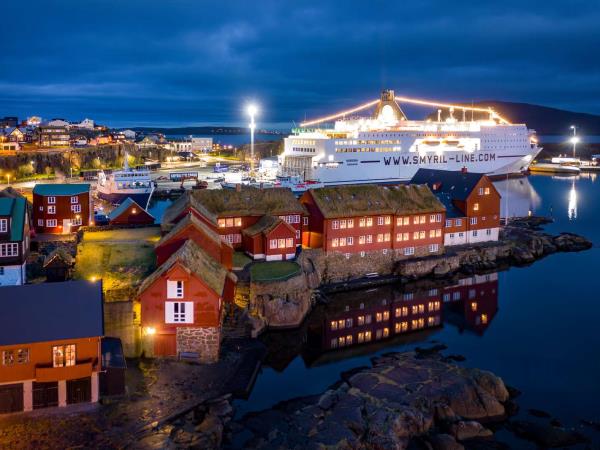 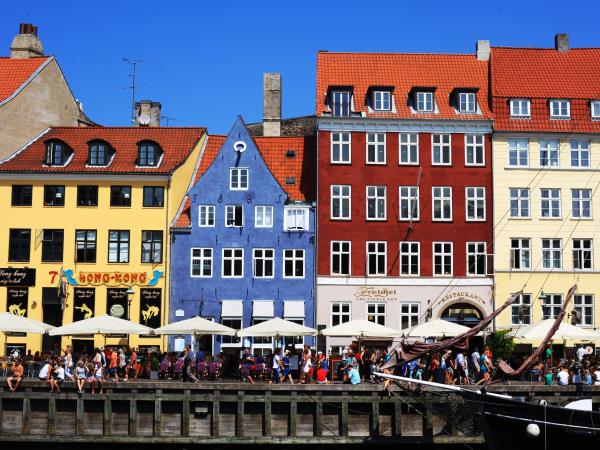 All the charms of Northern Europe in 2 weeks

Contact us - call or email Call us from anywhere No queues or automation Sign up to our newsletter
Photo credits: [Page banner: Nelson L.]
Back to the top