Dominica is like an antidote to some other Caribbean islands when it comes to getting it right. Tourism is very tied in with the local community, which really is one of the huge plus signs when it comes to responsible tourism in Dominica. They arent overrun by multinational hotels, they have created the first long distance walking trail in the Caribbean, and they have three national parks. Please read below to find ways in which you can help them stay responsible, support their sustainability, and spread the word about the good job they are all doing.

Dominica has rare qualities compared with other Caribbean destinations when it comes to tourism. It doesnt just go seeking tourist dollars. It has a feisty, admirable sense of its own identity. The people value their natural and cultural heritage. And they strive very hard, as communities, to ensure that there is a strong ethos of responsible tourism throughout the island. There are no international hotel chains. There are three national parks on one tiny island. There is a thriving indigenous population, which is also active in tourism. There are plenty of food and water supplies locally. And it has the first and finest long distance walking trail in the Caribbean. The only real issue is that it stays that way, and that responsible tourism in Dominica remains a shining beacon not only through the Caribbean but throughout the world. And beams brighter in the process.
See all our Dominica Holidays 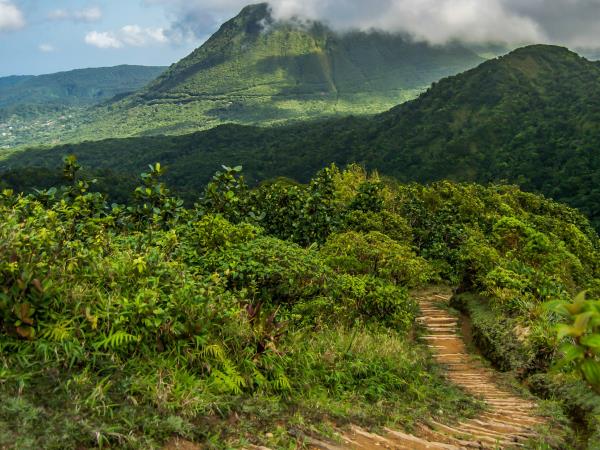 Explore this beautiful island and get back to nature 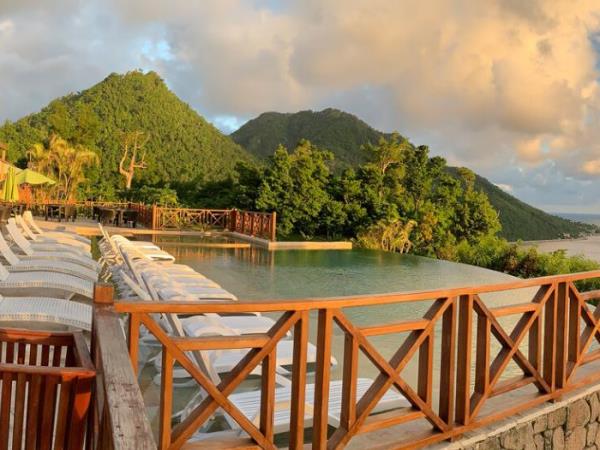 Indulge on this adventure holiday in the Caribbean 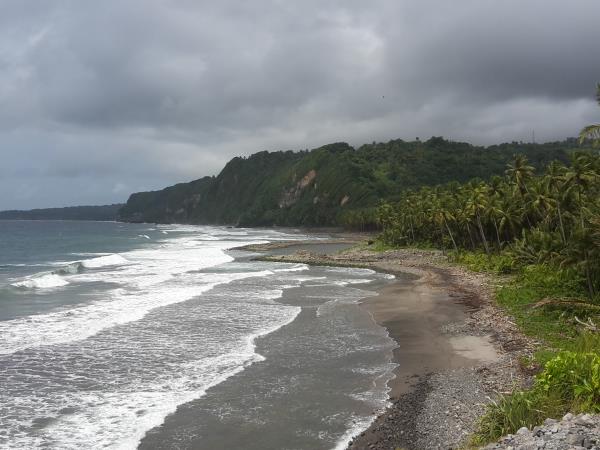 Walking and sightseeing holiday in Dominica

An easy holiday on the rugged Caribbean island of Dominica 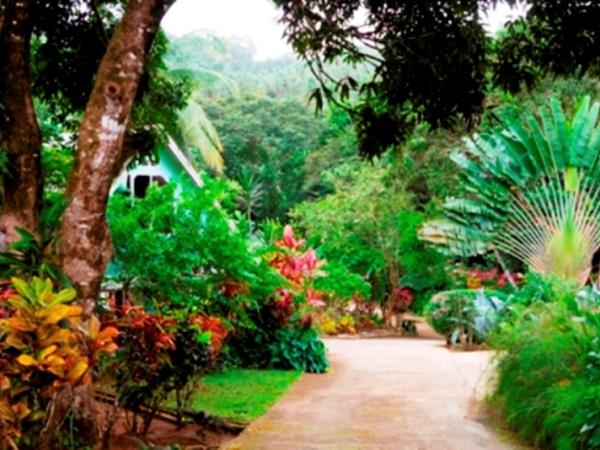 Dominica self catering cottages in Marigot 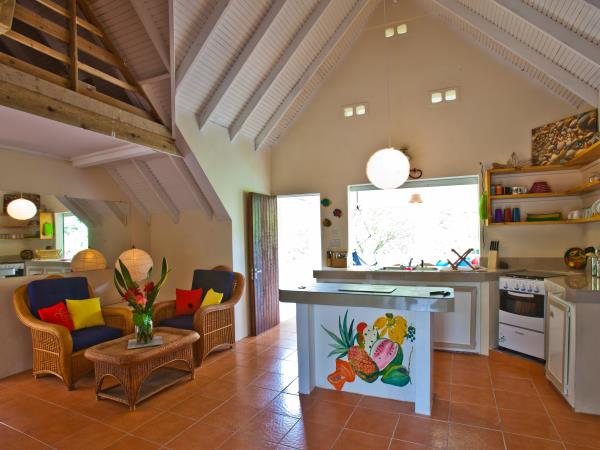 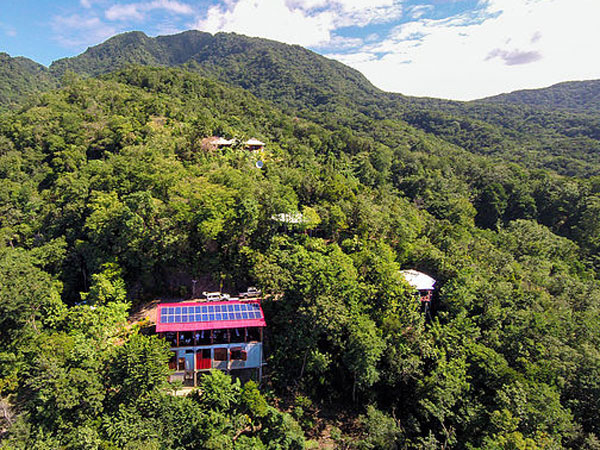 Unlike the Sami or the Sioux, the indigenous people of Dominica, the Kalinago, aren’t famous internationally. Despite the fact that they have a 3,400 strong population in a country that is only 750km² in total area, and have survived invasions by the Spanish, French and British over the centuries. Long before that, coming originally from South America, they battled with Arawak Indians for territories. So by the time the colonists moved in, they proved to be fierce resistance fighters, keeping invasions at bay for much longer than some of their neighobouring islands. The Kalinago have become the subject of a well known myth, that they were vicious cannibals over the centuries. However, experts have now confirmed that there is absolutely no evidence to support this in history.

Sometimes called Caribs or Carib Indians, this is a name given by the Europeans, so their own chosen name, the Kalinago, is the one we are plumping for. We also rather like the name they gave to their own island – Waitukubuli, meaning ‘Tall is her body’. It is in honour of the Kalinago people that the islands’ long distance walking trail, which covers the length of this beautiful tall body, is called the Waitukubuli Trail, and it passes through the indigenous territory.

You can visit their cultural centre, the Kalinago Barana Aute, for fascinating tours, tours and cultural experiences, but remember that this is not just for tourists. It is a homeland to thousands of people, now living in eight coastal villages over an area of 15km, but who have lived all over the island for generations. Founded 2006 to share the living and ancient culture of Dominica's indigenous Kalinago people. A people who are thriving, with 65 percent between the ages of 18 and 35, and their own democratically elected Chief. However, there are questions over the purity of the people today, and in May 2008 the Chief proposed a law requiring that Kalinagos only marry within their ethnic group in order to preserve the population. He also requested that non-Kalinagos be refused from being resident on the reserve. However, other legislators on the Kalinago Council refused to see these drastic proposals through.
What you can do
Visit the Kalinago Barana Aute Cultural Centre, a place to get a real sense of human survival on this island as well as its ancient heritage, be it cookery or craft, politics or performances, collective farming or fishing. They also run Kalinago guided tours into the countrys interior.

Dominica often has the word ‘poverty’ associated with it, with GDP statisticians citing it as one of the poorest countries in the world in terms of GDP. Which is an unfortunate label for Dominica to hold around its magnificent mantel. And an inaccurate one too, in our view. Because it depends on how you define poverty.

When you travel in Dominica you are immediately struck by the fact that it is resource rich. It has rich volcanic soil, an abundance of rainfall, with its famous 365 rivers flowing into the sea and an abundance of small fecund farms. The water quality is also way up there with the likes of other volcanic international H20 brands, albeit just not branded and bandied about as well as the Volvics of the world. In fact, as recently as 20 years ago, Dominica was known as the bread basket of the Caribbean, exporting fruit and vegetables to other Caribbean islands which are not able to produce to the same extent. Subsistence farming was the norm, and still is, with smallholdings producing a wide variety of fruit, vegetables and poultry to cater perfectly for the family. With fishing resources adding to this, of course.

Then the bottom fell out of the basket when banana crops were wiped out by Hurricane Dean in 2007. Dominica’s leading export was wiped out overnight. This coincided with a growth in technology, and local people saw a way to move from farming into earning flashier bucks, in IT or indeed tourism. Tourism accounts for 18 percent of the GDP, and much of it is community led. The Ministry of Tourism supports the development of sustainable tourism, in order to protect and promote Dominica as a country that prides itself on its natural resources, as well as its community involvement.

So, when you stay at one of the proliferation of homestays or small guesthouses around the country (international hotel chains are almost non-existent here, except for the floating ones doing the Caribbean) around the country, where your breakfast, lunch and dinner is often sourced from no further than the back garden, you will be hard pushed to label this country as poor. In such places the bread basket overfloweth, as does the spirit of welcome.

However, as the young generation migrate to seek work in the cities, or emigrate completely, farm-led tourism is at risk in terms of plots being handed on to children. And so by supporting this unique aspect of Dominican tourism, we are celebrating their agricultural heritage and reminding the next generation that it is something to be valued. Every country wants to progress and so we are not suggesting that Dominica limits its economic growth. But actually, wealth that is generated by sustainable food production and an abundance of vital resources is, in this day and age, the new rich.
What you can do
Dont see a homestay as doing your bit to alleviate poverty. See it as a way to celebrate the success of subsistence farming, the natural wealth of Dominica, and dont label Dominicans as poor.
Michael Eugene, co-founder of our leading Dominica specialists, Jungle Trekking Adventures and Safaris: “Farming is seen as something that is almost exclusive to the older folk on the island now. The younger folk have been bitten by the tourist bug and the computer bug, so everybody wants to migrate to the city, drive a taxi or be on a computer. But those families that are very strong in family values, and strong in economics, realise where this bread and butter has come from and, as a result they need to preserve that heritage within the family and continue to work the soil.

“On our walking tours, we stop at one homestay for a lunch and everything is from the farmer’s yard, from the eggs and chicken, carrots and broccoli, chives and all the seasoning, as well as fish that she gets in the local community. I dare say that in most developed countries, it is unlikely that I could go into the backyard and pick me my lunch and breakfast. So to me this isn’t poverty.“

One of the priorities for Dominica, after ensuring that people are safe and well, is to pay urgent attention to the Waitukubuli National Trail – not only one of the greatest long distance walking trails in the Caribbean but also in the world. Not only because it spans 185km from Scott’s Head in the south to Cabrits National Park in the north but because when it was created by community ecotourism aficionados, Friends of Waitukubuli, working closely in partnership with government, its main aim was to link remote villages by reviving traditional trails and, in so doing, bring tourists through these otherwise unknown beauty spots. This includes the villages that make up the indigenous Kalinago Territory.

Now managed by the Department of Forestry, it is an exemplary example of community-government partnership when it comes to creating superb natural infrastructures that put countries like Dominica on the map. There are 14 segments in the well mapped trail, each taking a day to complete. So, you can pick ‘n mix or take on a serious challenge and do the whole thing, with welcoming homestays along the way. Using a local expert guide along the way, of course. Sadly, damage caused by Hurricane Maria in 2017 closed the trail, but repair work is ongoing and progressing well.

What you can do
Support the Friends of Waitukubuli by making donations which will go directly towards trail management, as well as keeping communities aware of the benefits of such trails. By going on a walking or wildlife watching holiday you will take in parts of the trail at some point, and appreciate the greatness of this national achievement that started very much at Dominica’s grass roots.

Responsible Travel would like to thank the Dominica tourist board for their sponsorship of this guide. 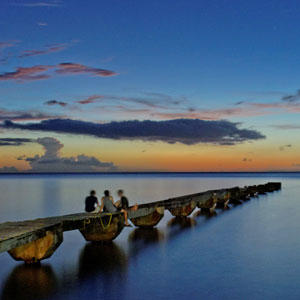 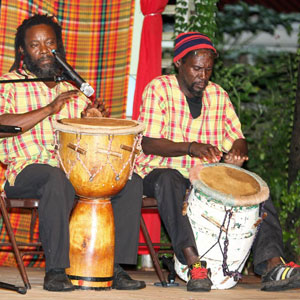 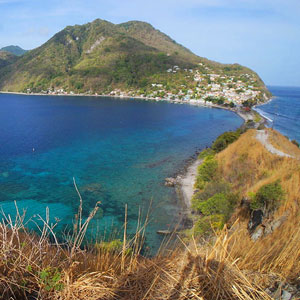 Places to visit in Dominica
Dominica is a tiny island that packs a seriously pretty punch. From rainforest to volcanic voracity; a superb long distance walking trail to sublime birdlife. And, most of all, mountains. 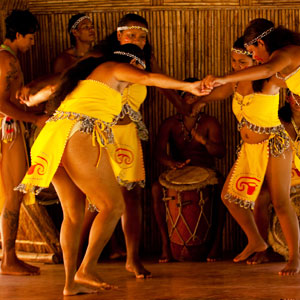 Things to do in Dominica
Dashing around is not really the Dominican thing. Take a deep breath and tune into the island, whether that's walking the Waitukubuli Trail or waiting for whales to dance in front of you. 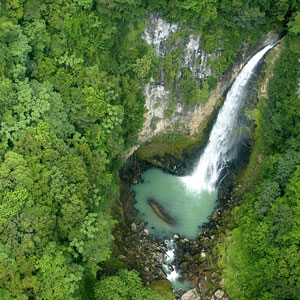 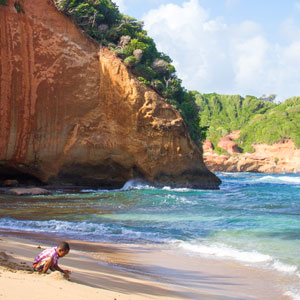 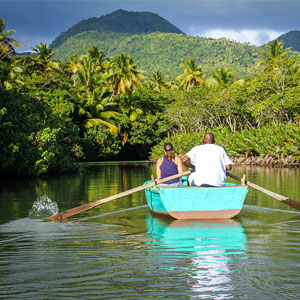 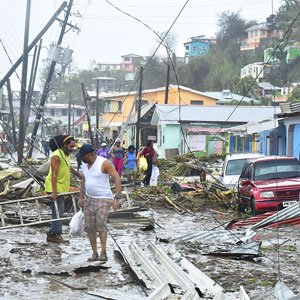 The best way to explore the rain and cloud forests, volcanic craters and steamy slopes on Dominica holidays is by hiking. Which is why the Waitukubuli National Trail, the only long-distance walking trail in the Caribbean, is so highly rated by international trekkers. Spanning 185kms from north to south, it was designed by the local community to link up remote villages.