Those who want to see and be seen head to the French Riviera in summer, while many others want that unique photo of themselves amid the famous lavender fields that bloom through July. The best time to visit Provence is after the crowds have died down, when you can walk, cycle and feast on Provençal cuisine in an atmosphere of relative calm.

“Apart from the peace and emptiness of the landscape, there is a special smell about winter in Provence which is accentuated by the wind and the clean, dry air. Walking in the hills, I was often able to smell a house before I could see it, because of the scent of woodsmoke coming from an invisible chimney.” – Peter Mayle, A Year in Provence

French holidaymakers and international travellers descend on Provence and the Riviera like a cloud of cicadas during the summer  visit out of season, and the region is just as gorgeous and glamourous, but nowhere near so crowded.

It’s best to avoid the French Riviera, and indeed many of the most popular locations in Provence, during the height of summer. This admittedly ravishing region is just too popular and you will have a far more enjoyable time visiting outside of the peak season. The best time to visit Provence is unquestionably either April to May, or September to October, when the weather is pleasant and the crowds have largely died down. True you’ll be missing out on the lavender season and the thrills of the coast in July and August, but what you gain is a more peaceful Provence, largely untroubled by coachloads of camera-wielding tourists and celebrity glitz. Winter too, can be lovely and still sunny, if you can cope with the roaring Mistral winds.

Call us for the best time to go to Provence 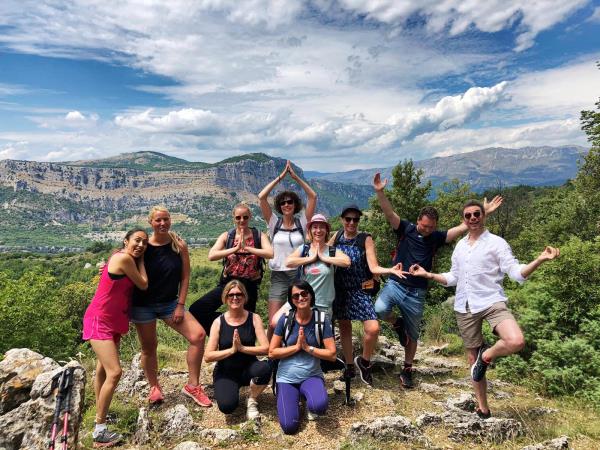 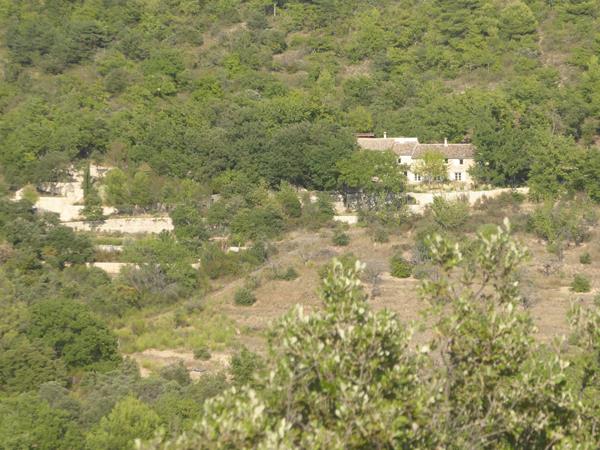 Eco accommodation in the unspoilt heart of Provence 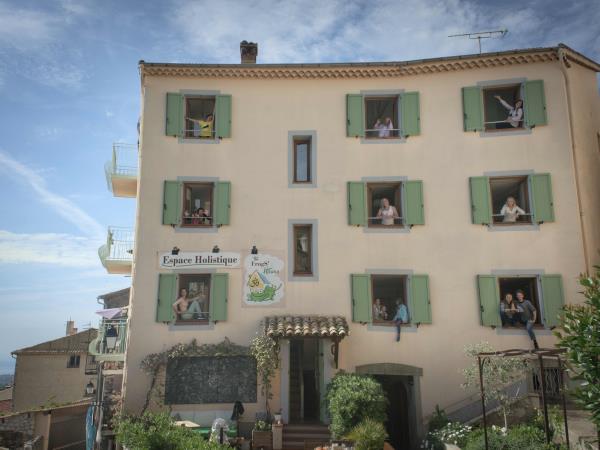 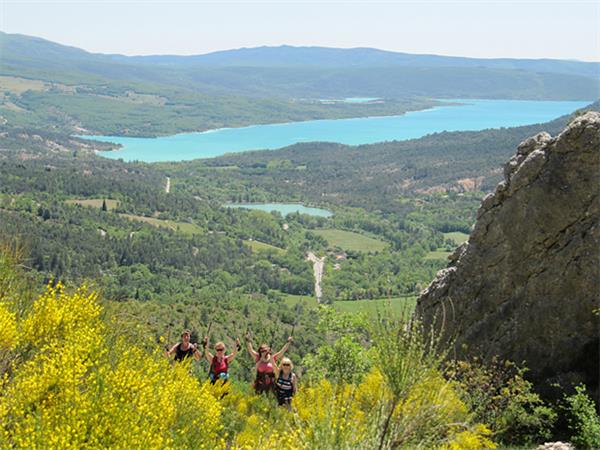 A guided walking holiday through beautiful regions of France 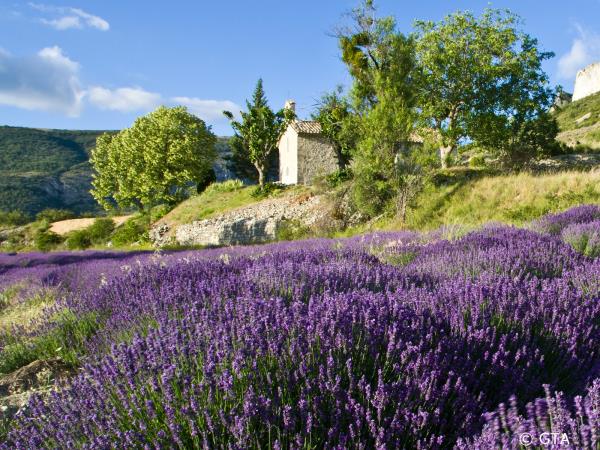 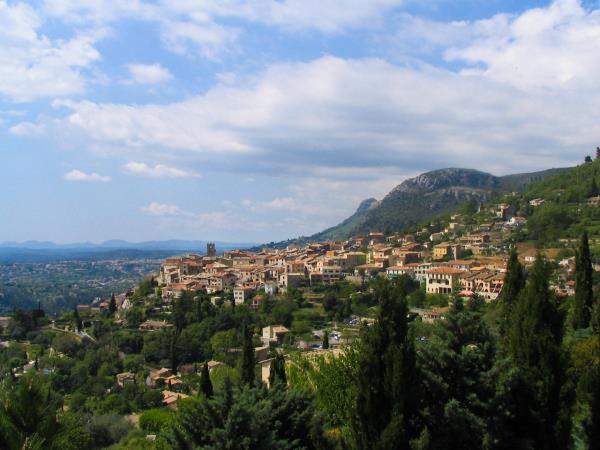 From 990 to 1100 6 days ex flights
Read 19 reviews
Tailor made:
This trip runs every week (mid-March to mid-Nov) with a set itinerary but the length of stay & arrival date can be adjusted to your needs

See all our Provence Holidays
Travel Team
If you'd like to chat about Provence or need help finding a holiday to suit you we're very happy to help.

One festival that won’t leave a sour taste in the mouth is the annual Lemon Festival in Menton, which runs for a few weeks from mid-February. Requiring around 145,000kg of the yellow citrus fruit to decorate its floats, stands and structures, it’s among the biggest events on the Riviera, attracting thousands of visitors who are never short of a fresh slice to go in their drink.

The Easter Festival in Arles is a well-attended and very sociable occasion, with a great evening atmosphere. It does, however, mark the start of bullfighting season in Provence, which we advise you give a swerve to – see our guide to responsible tourism in Provence for more details.
Also taking place in April, the Great Roman Games in Nîmes involve a weekend of gladiatorial combat and chariot races in a thrilling reenactment of ancient Rome, featuring participants from France, Germany and Italy in historically accurate dress. Events are held in the towns spectacular Roman amphitheatre, which was built 2,000 years ago and holds some 24,000 spectators  close your eyes and listen to the roars of the crowd, and you can almost see Caesar holding a thumb up or down.

In May the Cannes Film Festival, perhaps the most prestigious event in cinema, takes over the Riviera. Official events are of course restricted to industry bods, and if you do catch sight of a celeb on the red carpet it will most likely from a big distance  it may seem the height of glamour but if youre not in the inner circle theres little point being in the area. Macé Beach hosts the Cinéma de la Plage, screening Cannes Classics and Out of Competition films free of charge. Bring a picnic and turn up early for a deckchair.

Every June, thousands of sheep are moved to higher pastures, a migration nowadays organised by vehicle, but in the past on foot, a journey that lasted some 10 days. The Transhumance Festival in Saint Rémy pays tribute to this tradition, and in the town centre you can watch as a sea of sheep, donkeys and goats are paraded past by shepherds and their dogs. Kids will love it.

The Chorégies dOrange, a prestigious opera festival, is held in August in the towns ancient Roman theatre, which seats 9,000.

Any number of lavender-themed events take place across Provence in summer, but the Valensole Lavender Festival in July ranks among the best attended. Expect parades, live music and of course plenty of fragrant purses of dried lavender being liberally handed out.

Between June and September, the Soirees Estivales sees an eclectic programme of free concerts strung along the villages around Nice. Almost every village will have something on over the summer, so if youre holidaying and fancy something a little different, check with your host to see whats coming up. 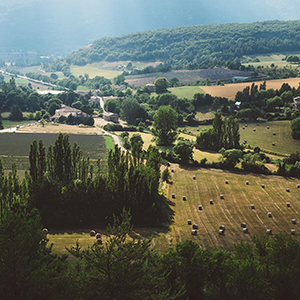 Provence travel guide
If you want to discover the real Provence then its best to head further inland, away from the busy Côte dAzur. 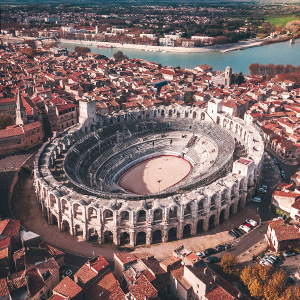 Provence Map & highlights
Provence is among France's most popular travel destinations, but where you stay can give you radically different experiences. 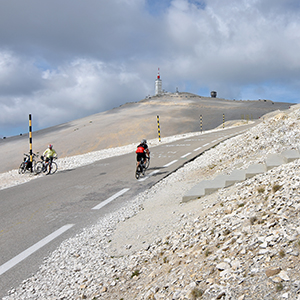 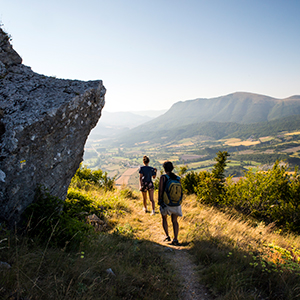 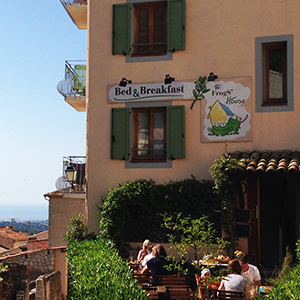 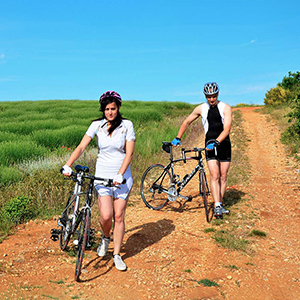 Provence tips & advice
Weve tapped up some of our specialist operators for their Provence tips and advice to help you plan a memorable holiday. 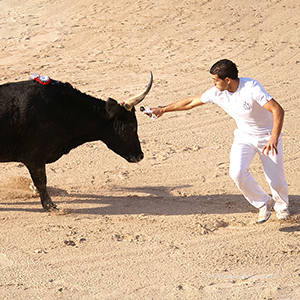 Responsible tourism in Provence
Travelling responsibly in Provence is fantastic - its one of those places where you can really notice the difference that it makes.