Spain and Morocco holidays reveal the long, shared history of these two countries, both at the tips of their continents, and just 14km apart. Andalucias cobbled streets, whitewashed buildings and geometric tilework merges almost seamlessly into the architecture of Moroccos cities, and these tours join the dots with buses, trains and boats.

If there was a bridge between Spain and Morocco, youd be able to walk across it in three hours at a brisk pace, but once you cross the Strait of Gibraltar between Europe and Africa, it feels like youve travelled much more than just 14km. Gaze across at the Rock of Gibraltar and wonder how so much can change in so little distance. A tour of Spain and Morocco, however, will reveal that these frontier countries have much more in common than you may think.

Disembarking at Tangier, youll swap the beer and bikinis of Tarifas beaches for the djellabas and camels on Tangiers; raucous Andalucian Spanish for the throaty tones of Arabic.

The Moorish architecture of cities such as Seville, Granada and Cordoba blends almost seamlessly into that of Marrakech and Rabat, all with whitewashed houses, mosques and minarets, and exquisite geometric tilework. The plaintive flamenco vocals sound eerily like the Muslim call to prayer, and the decorative Islamic gardens with their gently splashing water features and cool temperatures calm souls on both sides of the Strait. Find out more in our Spain and Morocco holidays guide.
See all our Spain & Morocco Holidays 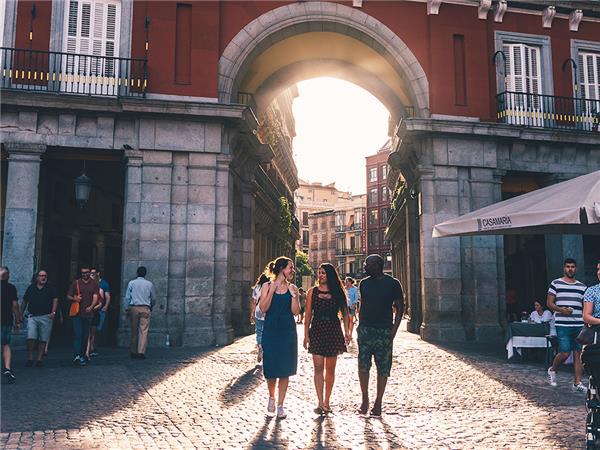 Madrid to Marrakech via Portugal 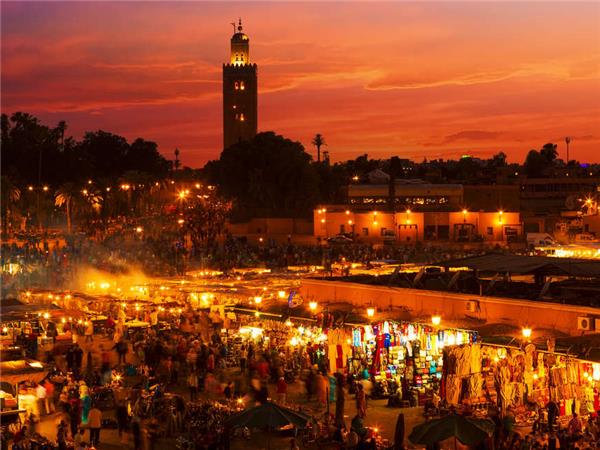 Moorish Spain to Marrakech by rail

Depending on the route you choose, some of our Spain and Morocco holidays run throughout the year, while others depart only in spring and autumn.

March-May and September-October are the best times of year for this trip; Spains interior and Moroccos low lying cities bake to a crisp from mid June to mid September, and while the Moors and Andalucians really know their stuff when it comes to cooling architecture, sightseeing is not fun in 40°C heat. Conversely, winter is damp and chilly, with particularly icy temperatures in Madrid and Salamanca, and Morocco dropping to 5 or 6°C at night. However, a Christmas trip here can be magical, while Easter sees processions and orange blossom across Andalucia.

Call us for the best time to go to Spain & Morocco

Moorish Spain to Marrakech by rail 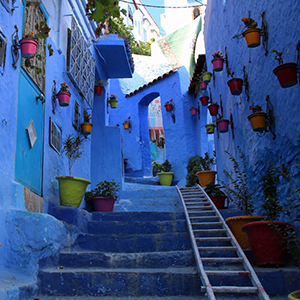 Spain & Morocco routes & highlights
Our holidays follow similar routes through Spain and Morocco, taking in Andalucias majestic cities and White Towns, before hopping on the ferry at Tarifa and ending in Marrakech.