Elephant conservation volunteering in Thailand could be one of the most memorable holidays you ever take. Help feed, bathe and walk these gentle giants around sanctuaries dedicated to rehabilitating them after a life of captivity and abuse. These also make fantastic family volunteering trips with kids aged 14 and over.

The Asian elephant is Thailands national animal, but sadly its survival in the wild, like so many large mammals, is threatened, principally by dwindling forest cover and poaching. Since the early 20th century numbers are estimated to have fallen from around 100,000 to 5,000 and many of these live in captivity. Among the reasons that elephants have been revered in Thailand for centuries is for their strength and longevity. Ironically these attributes made them perfect for the logging industry and until it was made illegal in 1989 (due to rampant deforestation causing flash floods) elephants would be put to work for years on end. Elephant training is one of the oldest jobs in the world, and was once viewed as a prestigious, hereditary profession. Thats no longer the case.
See all our Thailand volunteering Holidays 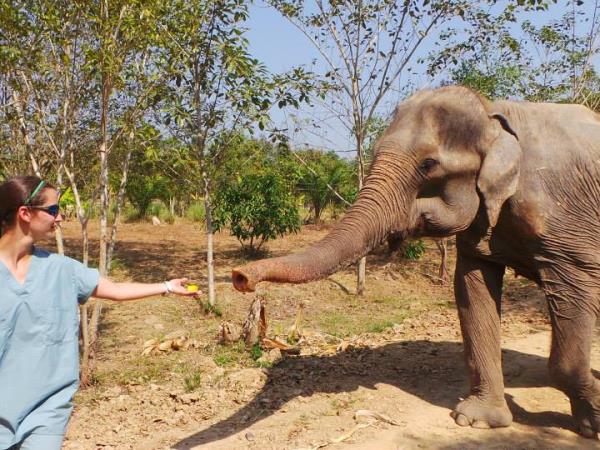 Care for Asian elephants saved from a life of abuse 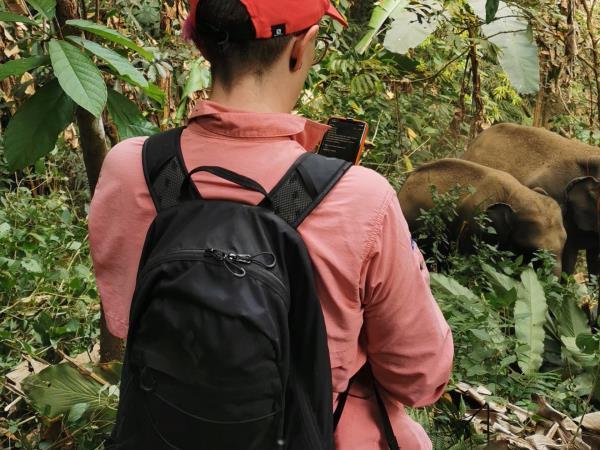 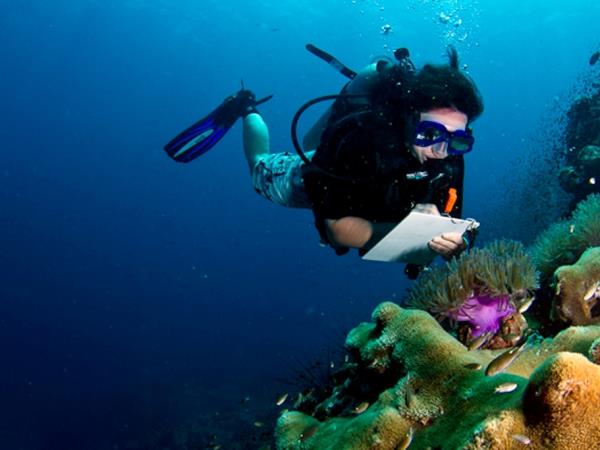 Diving and marine conservation on a beautiful Thai island 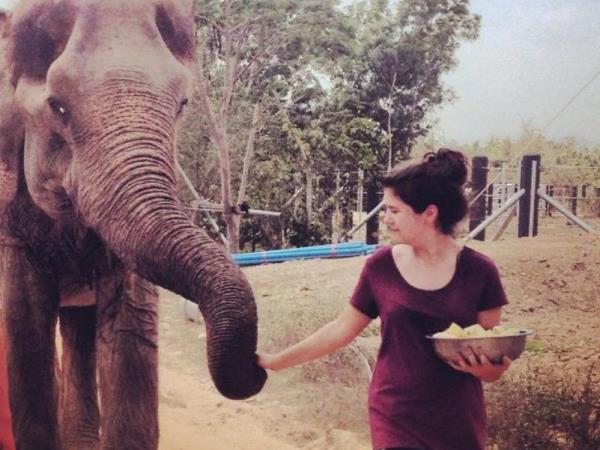 Volunteer with rescued elephants in an inspiring refuge 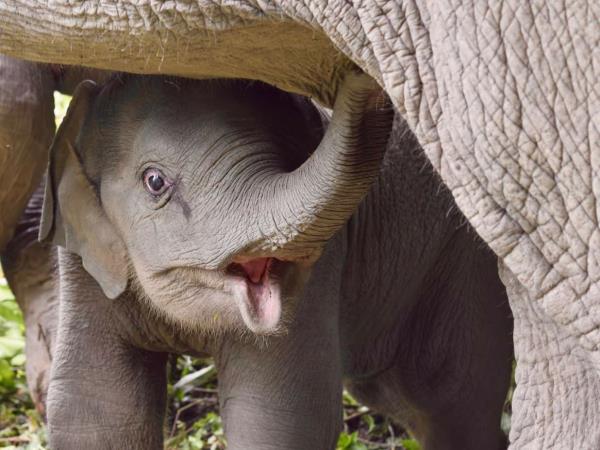 Stay with the Karen hilltribe and watch elephants in Thailand 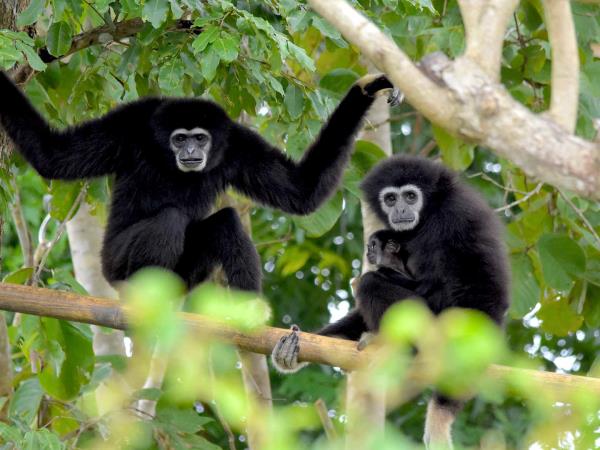 Volunteering break at a wildlife sanctuary in Thailand

The ethics of elephant tourism

With logging now illegal  though it still goes on in many places and remains a major threat to wildlife habitats  many elephant mahouts, often trained since childhood and forming lifelong bonds with their charges, instead looked to tourism and entertainment for their earnings. An elephant can consume up to 130kg of food every day - they're not cheap to look after! Elephant and other wildlife shows are still very popular among visitors to Thailand, and they involve painfully forcing the elephants to learn unnatural behaviours and using chains to tie them up. This is not to say that the elephants had it any easier when they were used for logging, of course. They would be brutally crushed in pens and tormented with poles tipped with spikes to break their will, worked hard and at constant risk of serious injury such as from falls or dropped logs. With illegal logging, there is also evidence that elephants are fed amphetamines to keep them working as much as possible.

Riding elephants is another big no-no, as it causes them physical harm. Remember, elephants are never domesticated, they are captive wild animals, even those born in captivity. This means they must be broken in and controlled in order for them to work, be around humans and give rides, a horrific process that involves breaking their spirit.

If youd like to contribute to their conservation, then you can volunteer at an elephant sanctuary, a safe haven for these beautiful animals once they have been rescued from captivity. These places help the elephants recover so that they can hopefully one day be released back into Thailands forests and jungles. In most cases however the animals remain there for the rest of their lives. Sanctuaries also provide employment for mahouts and encourage them to see the value in conserving elephants rather than exploiting them for tourism. Many of these sanctuaries are open to visitors, offering a much more ethical, wholesome tourism experience with no exploitative shows or experiences, just happy elephants exhibiting natural behaviours. The aim is to create as wild an environment as possible to encourage rehabilitation.

In some cases the elephant sanctuary will be situated within the grounds of a wider wildlife refuge where there may be dozens of other species being cared for, including sun bears, monkeys and gibbons. The sanctuaries tend to be off the regular tourist trail, in quiet rural communities. One is located a few hours drive south of Bangkok, close to a national park and a typically sublime Thai beach.
Your tasks will vary from day to day but you can expect to be doing a substantial amount of food prep. Left to their own devices, elephants spend around three-quarters of their lives foraging for food, which explains why they are so dependent on good quality vegetation for their survival. You will regularly be harvesting and collecting food such as pineapples and bananas from local farms, chopping it up and placing it around enclosures to help with enrichment  essentially teaching the elephants the skills they will need if they are to survive in the wild. The enclosures will need regular maintenance too, especially cleaning to keep them hygienic.
On the subject of hygiene, the most fun aspect of volunteering with elephants is always bathtime. Hosing them down, washing them with long brushes and watching as they spray each other with water is a joyful experience. You may also accompany them on grazing walks through the forests, and give tours of the sanctuary to visitors such as school groups.
At sanctuaries the food will be a mix of Thai and western staples, often vegetarian, and you can expect basic but comfortable facilities and western-style toilets. In more remote Karen communities near Chiang Mai however it will be far more rough-and-ready, with bucket showers and squat toilets, unless you opt for glamping, where youll have a private bathroom, comfortable bed and electricity for charging devices.

Care for Asian elephants saved from a life of abuse

From £665 7 days ex flights
Read 3 reviews
Small group travel:
Trips last for 1-6 weeks and start every week on a Sunday

Not all elephants are confined to wildlife sanctuaries. Others can be found living semi-wild in the mountainous forests near Chiang Mai, not entirely free but safe, protected and at liberty to wander around as they wish. You can spend a few days living and volunteering with a traditional Karen hill tribe community, either in homestays or wild camping (and glamping if you like a little more luxury), moving from place to place depending on where the animals are. After waking up in your hammock mahouts will teach you how to track wild elephants, about their natural behaviours and preferred foods. You will join local villagers with on-going conservation projects, engaging in a variety of physical tasks, such as planting vegetation and improving water sources  its a deeply immersive and authentic experience.

Does it even need saying that volunteering with elephants is absolutely magical for families? Bear in mind that some itineraries can involve quite physical, arduous work and due to the size of the elephants, the minimum age is 14 whereas trips volunteering with other wildlife usually require children to be at least 12 only. For families with teens, this is a deeply moving way to really get stuck into a vital conservation project.

Spending time with my family and working for these magnificent animals was such a rewarding experience. Hand feeding these gentle giants is something I will never forget. When you look into their eyes and connect with them, it's as if they can see who you are. You can tell these are intelligent and kind animals.  Joe Stern on a family volunteering holiday in Thailand 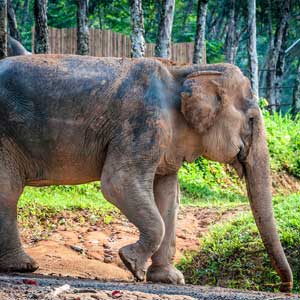 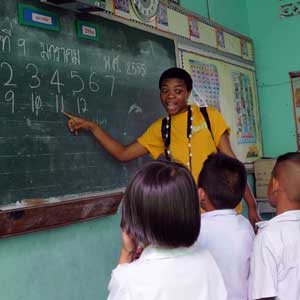 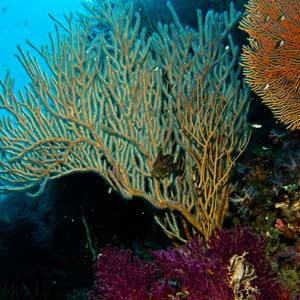