Zambia has a reputation as one of the finest countries in Africa for wildlife viewing. Peaceful parks, a great variety of game and hugely knowledgeable guides make for an exceptional safari experience. We take an in-depth look at safaris in Zambia, detailing what to see, where to see it and how to get closer to the wildlife that lives in abundance here.

Safaris in Zambia rarely disappoint. While the Great Wildebeest Migration draws the crowds to Kenya and Tanzanias Ngorongoro Crater bustles with jeeps, Zambias parks offer amazing wildlife viewing, often without any other tourists around. There are 19 national parks and 34 game management areas covering over 22.4 million hectares in this landlocked country, but Zambias safari scene still feels a little unknown, drowned out by the noise of promotion from South Africa, Tanzania and Botswana. This helps it to slip under the radar and means many parks are rarely visited. Gorgeous South Luangwa National Park scoops up the majority of visitors, but without ever feeling crowded, while Zambias other parks simply get on with what they do best: providing an unspoiled wilderness for a dazzling smorgasbord of wildlife.
See all our Zambia Holidays 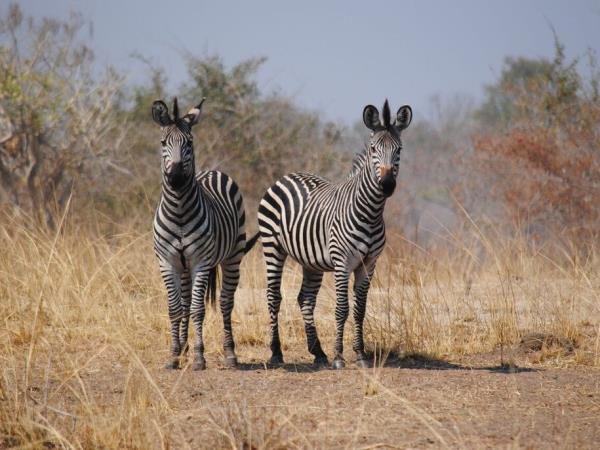 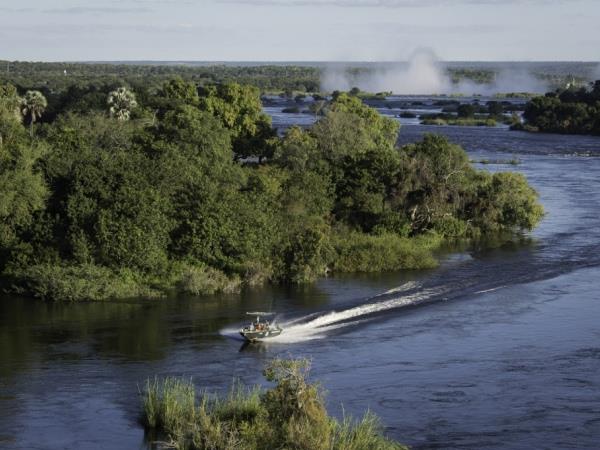 A Safari in South Luangwa and the Victoria Falls combined 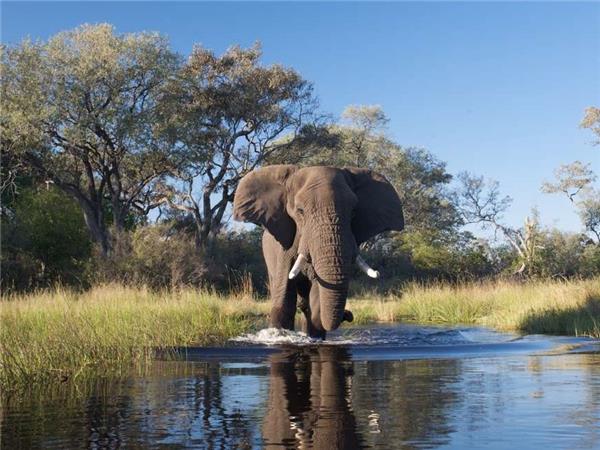 Family safari in the heart of the Okavango Delta 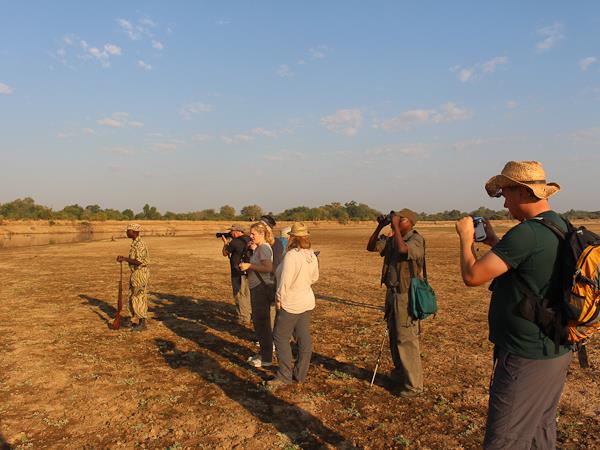 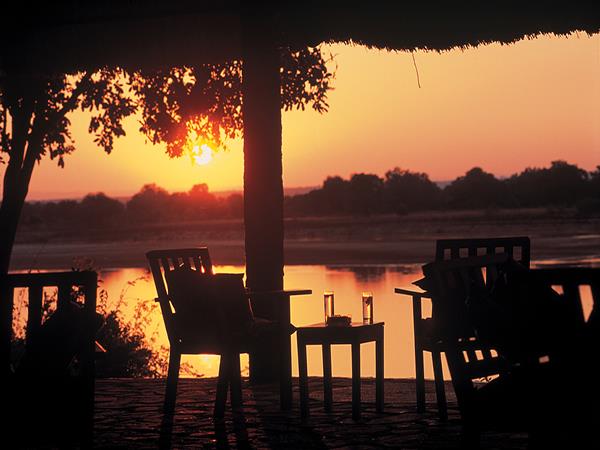 Where to go on safari in Zambia

Most holidays to Zambia include South Luangwa National Park  with good reason. Its often referred to as the finest wildlife sanctuary in Africa, and is home to a huge density and variety of wildlife, much of it rarely seen in other reserves. Youll find all creatures great and small, from the Big Five, to bee eaters and bugs, easily appreciated on the walking safaris that were pioneered here in the 1950s. Despite its popularity and fame, the park is never crowded  you cant say that about the Ngorongoro Crater. Typical itineraries fly from Lusaka to Mfuwe and from here its a short drive into the park  ideal for time-pressed travellers.

If you have more time, its definitely worth exploring Zambias other parks, many of which have a distinctly best-kept-secret feel. Its not as easy to fly between lodges and parks here as it is in somewhere like Kenya, so expect some journeys on bumpy roads. North Luangwa is a rare gem, where youll encounter a vast array of wildlife but hardly any visitors. There are few vehicle tracks here, so walking safaris are the norm. Lower Zambezi National Park has an abundance of game and paddling the river in a canoe gives a whole new perspective on it. Glide past hippo pods and basking crocs, watched by elephants drinking on the banks.

Kasanka, Zambias smallest national park, and the Bangweulu Wetlands are within striking distance of South Luangwa, with the latter home to extraordinary birdlife but rarely included on standard safari itineraries. Over in the west of the country, Liuwa Plain National Park awaits, a wonderfully undeveloped landscape that plays host to one of Africas other Great Migrations, when massive herds of blue wildebeest arrive from Angola in November. Kafue is Zambias largest national park and one of the biggest in the world, containing a huge variety of landscapes, from grassland to forest, where everything from cheetahs to zebra roam. Its also one of the few parks accessible by public bus!

Zambia boasts a comprehensive mix of safari accommodation. In general, though, the feel is a little more modest and low key than in other parts of south and east Africa.
Accommodation tends to be more rustic  especially some of the remote bush camps  however, in parts of the Lower Zambezi and also in South Luangwa there are a few lodges that could certainly compete with some of the best on the continent. On the whole, though, safaris in Zambia place emphasis on the quality of the game viewing, the authentic bush experience and the expert levels of guiding, and dont go so big on the bling you find in Botswana and South Africas luxury lodges. Camps tend to be small, with those in remote parks offering space for just a handful of visitors. Simple campsites, often situated just outside the park, also offer a more purse-friendly option and intrepid travellers will revel in the chance to take off into Zambias less-visited parks, wild camping along the way.

How to go on safari in Zambia

Walking safaris are an immersive way to discover the countrys pristine wildernesses, barely changed since Dr Livingstone explored here in the mid 19th century. They help you to zero-in on the tiny details of the bush, as well as bringing you thrillingly close to large animals without the relative security of a 4x4! Nowhere does them better, or offers them more widely, than Zambia. Every guide is highly qualified, with a depth of knowledge and experience that brings the bush into sharp focus. As well as following tracks to spy on the big beasties, a great guide will draw your attention to insects and birdlife, for a rounded insight into Zambias wildlife. He or she can also give you the heads up on all the latest conservation initiatives and issues.
While walking safaris are heavily promoted (in Liuwa Plain, for instance, they are the main means of safari exploration), they are not the only option. Game drives are offered by camps and lodges, with the same quality guiding as a bush walk, and nighttime drives are a great way to see nocturnal creatures and maximise your chances of seeing leopards.
Canoeing the Zambezi is a unique and surprisingly unstrenuous way to appreciate the rivers wildlife. You can paddle from Nyamomba on the Zambezi up through Chiawa Game Management Area into the Lower Zambezi National Park, camping out each night and spotting hippos, fish eagles, elephants, crocs and much more as you go.
Zambia isnt as easy to get to as Kenya or South Africa  flights are not direct and connections not as frequent as other safari destinations  but thats partly why its not crowded once you get here. Internally, there are now direct flights between Mfuwe and Royal (Lower Zambezi) and Livingstone and Royal, to save connecting in Lusaka. There are also a few flights a week from Lusaka to Liuwa Plain National Park.
Guided small group holidays or tailor made packages are the best way to take a safari in Zambia, and if you have more time, consider an itinerary that roams a little further afield. Trips that travel overland to Lake Malawi and the beaches of Mozambique add culture and relaxation to your safari adventure, or try a safari expedition from Malawi, through Zambia and on into Zimbabwe.

What can you see on safari in Zambia?

What cant you see might be the more concise question, since Zambias parks throng with such a huge and diverse mix of wildlife. Theres the Big Five, with leopards a highlight of South Luangwa, plus other large scale attractions, including hippos, giraffes and beefy crocs basking on the river banks. From July, the Busanga Plains in Kafue National Park are the best place to see cheetahs and dont overlook the birdlife, either. During the rains, the flooded Bangweulu wetlands attract huge quantities of birds, all drawn here for the insect banquet thats served 24/7 at this time of year. See pelicans, flamingos, storks, cranes and herons, as well as the extraordinary shoebill, with its gigantic, prehistoric-looking beak.
Zambias blessed not only with a range of wildlife, but fantastic quantities, too. Some 100,000 black lechwe congregate in the Bangweulu wetlands, while huge buffalo herds up to 1,000 strong roam through North Luangwa, tracked by great numbers of hyenas and lions hungry for a meal. Zambia is also the location for not one, but two massive migrations. Tanzania and Kenyas Great Wildebeest Migration steals the limelight, but in Zambia the almost 50,000 blue wildebeest that head to the Liuwa Plains from Angola each November easily rival this sight. Pint-sized Kasanka National Park, meanwhile, is the destination for the largest mammal migration on the planet  10 million bats fly here in October and November from the Congo Basin. 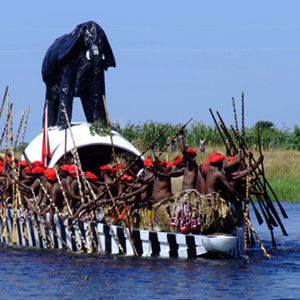 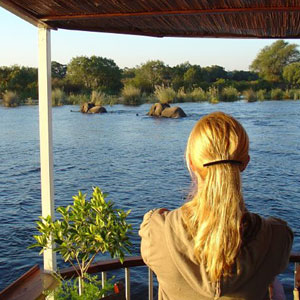 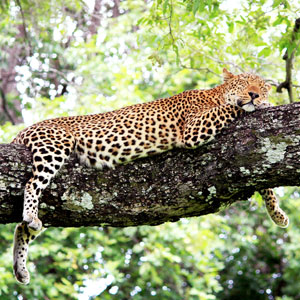 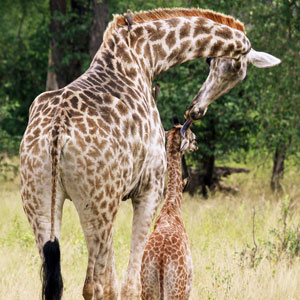 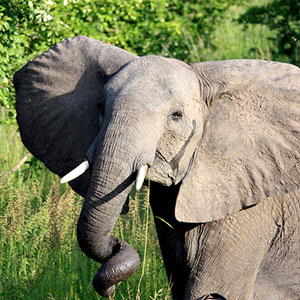 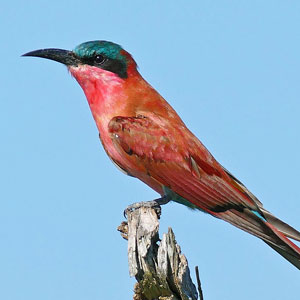 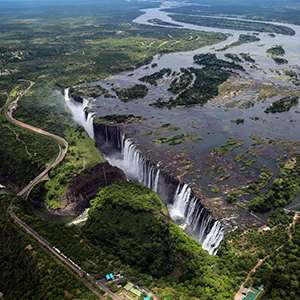 Best way to see Victoria Falls in Zambia
Victoria Falls is one of the Seven Natural Wonders of the World, a thundering curtain of water measuring 1.7km wide, plunging off a basalt plateau into a deep gorge below. 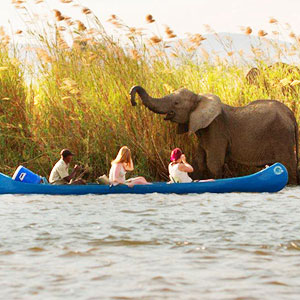 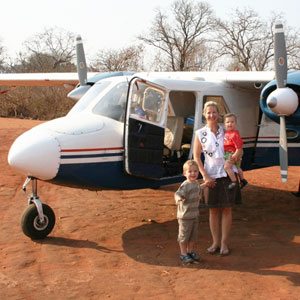 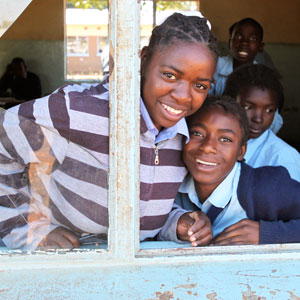