The Nakasendo Trail is not only one of Japans most ancient thoroughfares, it is also one of modern Japans most aesthetically exquisite walking trails. Used since the 8th century by feudal lords needing to traverse this magnificent, mountainous terrain between Kyoto and Edo (todays Tokyo), this itinerary includes five days of walking along the trail, from one ancient post town to another. Walks range from two to six hours long, leaving plenty of time to enjoy the traditional ryokan inns and minshuku guesthouses that the Nakasendo Trail is so famous for. Here you can soak in traditional Japanese baths and even thermal springs but also in the culture, always so enlightening for visitors who come to enjoy these unique walking trails in Japan. The best tastes of Japan will come from the dinners that will be lovingly prepared for you along the way.

Linking up with train networks along the Nakasendo Trail, this holiday starts in Kyoto and ends in Tokyo, with several days to enjoy both of these fascinating cities, with a private guide to lead you on one of the days. There is plenty of flexibility built into the itinerary to accommodate how much walking you would like to take on, and with walking terrain varying between paved paths going through post towns or more remote, rugged mountain ways, the Nakasendo Trail is accessible to many.

The best time to go walking on the Nakasendo Trail is between April and November, although it does rain from mid June until mid July, but with showers that are usually manageable. The Trail does get very busy during Japanese holidays, however, such as New Year (29/12-4/1), Golden Week (29/4-5/5) and the O-Bon Buddhist Festival in August. We welcome any enquiries to assist you with this walking holiday, but especially regarding pricing during these peak times.

£845To£1495excluding flights
We are not currently accepting bookings with departure dates before September 2022. Various options from 3 days (£845) to 5 days (£1155).
Solo supplements apply.

2 minute summaryBest time to go
The wise words of Japans most celebrated writer ring true for any traveller, especially walking wanderers. However, if any walking trails in the worl...

Our top tip:
Make the most of the hot spring bath facilities and immerse yourself in divine Japanese culture.
Trip type:
Self-guided tailor made trip, with varying lengths.
Activity level:
Easy to moderate, with some very gradual ascents. 5 days of walking on 10 day trip.
Accomm:
minshuku guesthouses and ryokan inns. One night in temple lodgings. Hotel in Tokyo/Kyoto.
Included:
Accomm., breakfasts, Trail dinners, train tickets, map, Kyoto guide.
Solos:
This trip can be tailored for solo travellers at extra cost.

The hiking was varied and always interesting. The hills were spectacular with fall color. Read full review

The most memorable part of the holiday was the Nakasendo trail. Read full review

Perfect holiday for everyone on the trip. The most memorable parts were walking through O'Tsumago and Narai. Read full review

It was a trip of a lifetime! We enjoyed the incredible walks everyday followed by the stays at ryokans! Read full review

Reviewed on 14 Dec 2019 by Vivienne Degenhardt

The walking on the second and third days was quite wonderful, as were the stays in small inns along the way. Read full review

This is an experience we will never forget. Were already talking about doing a similar holiday in the near future! Read full review

Reviewed on 22 Oct 2018 by Salim and Sheila Aftimos

We loved everything about Japan. The only negative observation was noting the overpackaging of goods, particularly with plastics. We think the Japanese people are beginning to realise the importance of tackling this problem. Read full review

The walks through the ancient forests of Japan were above expectation, but the highlight I think was staying in the Ryokan - the charm and character of the inns and our hosts and the total immersion into a traditional Japanese experience with their tatami rooms, onsen baths and local cuisine. Read full review

We loved the beautiful walks and meeting the super kind inn keepers. A highlight was the tea house on the way to Tsumago, in the rain. Read full review

All the walking was memorable and parts (like seeing a bear and encountering leeches) were exciting. The food was exciting too! Read full review

We loved the whole thing - staying in the traditional inns, the self-guided hiking, the beautiful scenery, the hot spring bathing areas and, of course, the food. The hike meanders through forests, bamboo groves, and through villages and hamlets, so there is a wonderful glimpse of old Japan to see. Read full review

The trail was remote, stunning, quiet and interesting. The ryokans were spotless and the food fresh and continuing perfect. Read full review

Whilst the journey is a delightful walk, stop and enjoy the culture along the way. Read full review

Reviewed on 29 Sep 2015 by Elaine Blatchford

A great experience. We felt we had a very good introduction and understanding of Japan. We liked the combination of historic city, modern capital contrasting with rural Japan. Very well organized. Read full review

Great, the organisation was very good, the cultural immersion was inspiring and the landscape was surprising. Read full review

It was all a very fine experience. Terrific organisation, didn't miss a beat anywhere; great choices of accommodation/food. The combination of physical, topographical and cultural stimulation provided by this sort of travel is very very hard to beat. There were several occasions where I was simply floaty with delight. A knockout. Read full review

Excellent...in every way. The most memorable parts were... Seeing the old villages and towns along our walk - meeting so many friendly and helpful people in surroundings completely different from our own. And the food - different, flavorful, every meal exquisitely presented and excellent. Read full review

You will experience the satoyama landscape of rural Japan, the border area between arable flat land where rice is grown, and the mountains. Managed sustainably over centuries, it is biologically diverse and supports a wide variety of wildlife. The presence of small-scale tourism in the Kiso Valley has encouraged the conservation of these areas, and discouraged the development of golf-courses and other projects which have negative effects on the local biodiversity. We support conservation through the Nature Conservancy Council of Japan.

The villages you will visit along the Kiso Valley section of the Nakasendo trail were, until the 1970s, falling into disrepair and with few jobs, young people were moving to the cities. The villagers then began a concerted conservation and restoration effort, repairing the old wooden houses, and turning some of them into small minshuku guest houses. Over the past 30 years this gradual conservation has continued, and the Kiso Valley villages have enjoyed a steady stream of income and sustainable development from the visitors who come.

You will be staying at these traditional machiya houses, some over 200 years old. They are owned and run by several generations of one family, and all income from visitors stays in the village and brings the benefit of jobs for the younger generation. Your food will be prepared from locally-sourced fish, meat, and vegetables. Many owners also grow their own vegetables and rice. We support The Japan National Trust which helps protect the traditional buildings of rural Japan. 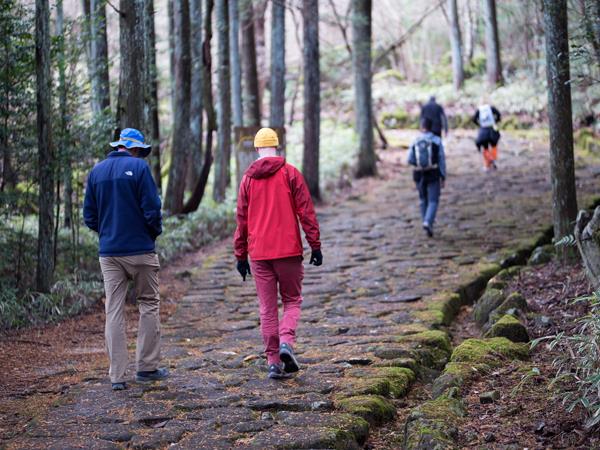 A challenging walking and hiking holiday in Japan 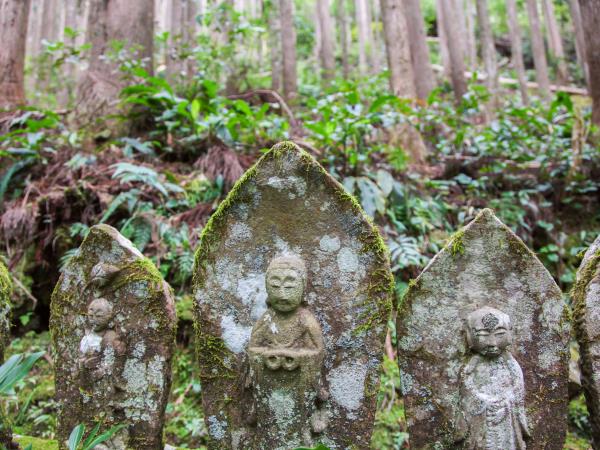 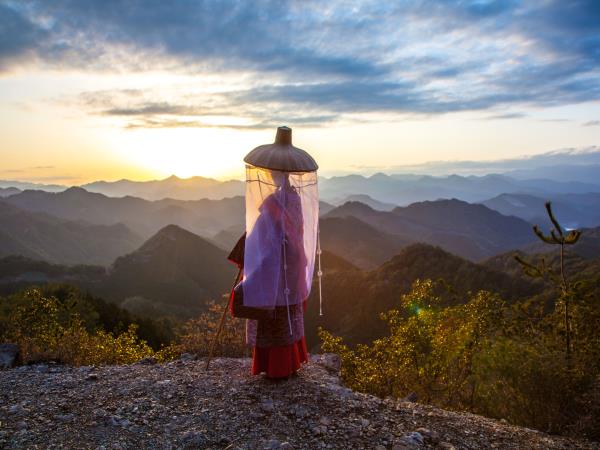