A wildlife and habitat-rich archipelago, the two main islands being East and West Falkland, there are 700 others to add to the list. A British overseas territory, the almost 3,000-strong population is fiercely proud of its island heritage, self sufficiency and conservation efforts. And there is a lot of beauty to preserve. Read more in our Falklands travel guide below.

The Falkland Islands are another world. This Atlantic archipelago has some of the earths wildest and most far out landscapes, with white beaches, hidden beaches and empty beaches. Empty, that is except for the sea lions, penguins, dolphins, whales, elephant seals and over 200 species of birds. In fact, all conflict aside, the real rulers here are actually penguins. Kings, even. King penguins are just one of five species living here, the others being rockhopper, Magellanic, gentoo and macaroni penguins, and here are nearly half a million breeding pairs. Observe them hanging out in their white, sandy kingdoms and keeping their beautiful beady eyes open for resident dolphins and whales, and the particularly vicious leopard seal.

The Islanders celebrate Margaret Thatcher Day every January. It was more my bag to celebrate the killer whales and delight at the colonising penguins to be honest.

Stanley is the capital, on East Falkland Island, and welcome land for many for whom this is a stopover en route to or from Antarctica. After which youll need a pint. Even the Falkland Islands have their own craft beer now. 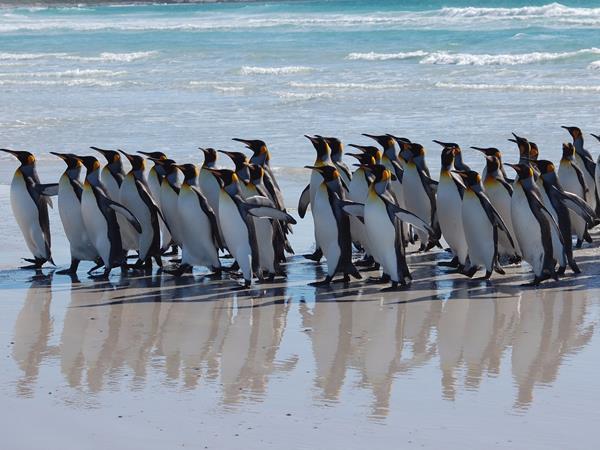 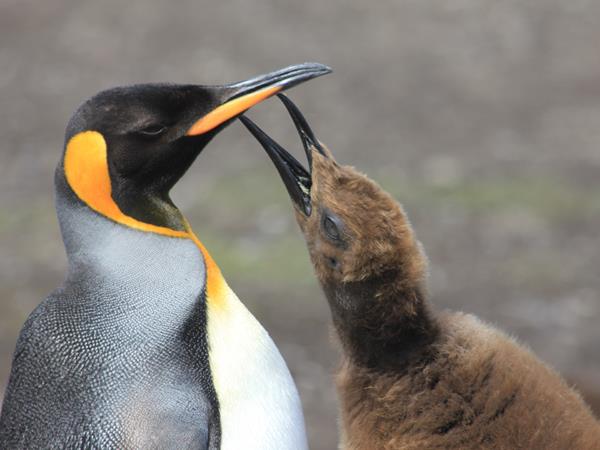 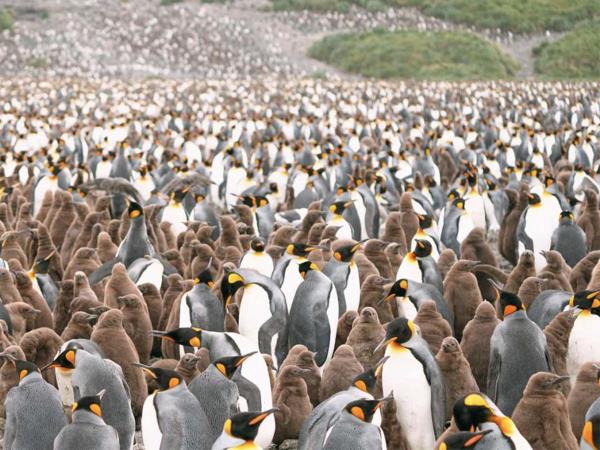 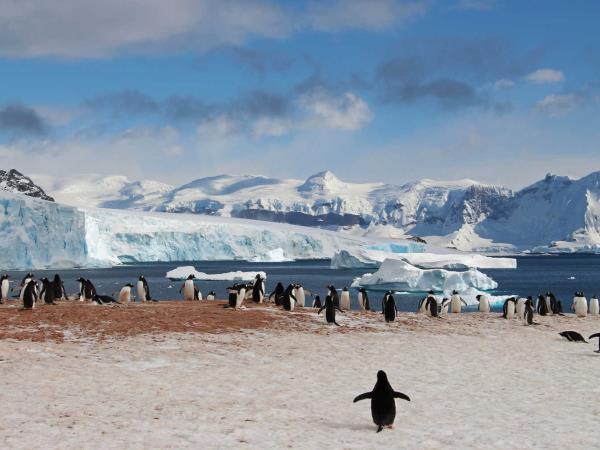 just a political minefield. For landscape and wildlife lovers they are deliciously diversified. Leave divisive to the politicians.

A visit to the fish and chip shop in Stanley, called Woodbine Café, is a must. And check out the town’s craft brewery, Falkland Beerworks.

Smoking is a theme here, smoko being the local word for afternoon tea and biscuits, named after the smoke break taken by British soldiers.
People & language
English is the language spoken on the Falkland Islands, and you will detect an accent which resembles the UKs West Country although there are some Scottish influences going on there too. The majority of the population call themselves either 'Falkland Islanders' or 'British', with a smaller number coming from either Chile or tiny St Helena.
People & language 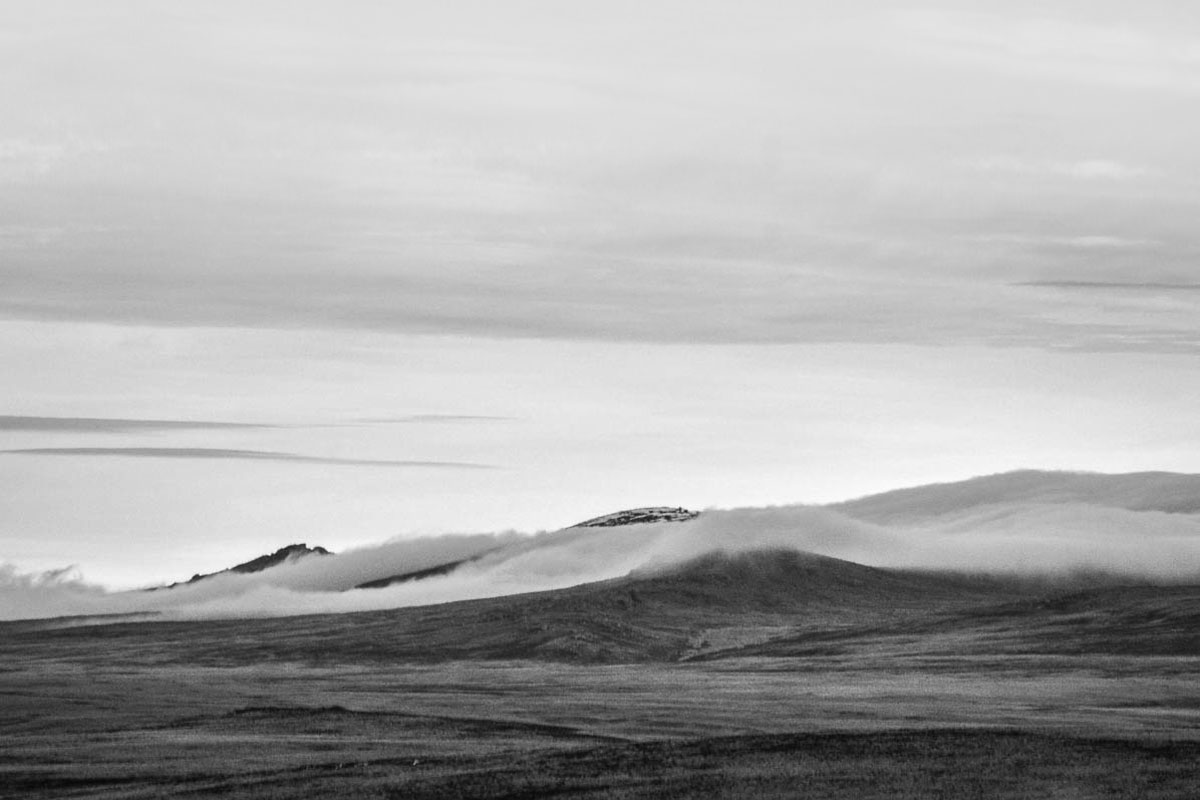 The main language on the Falkland Islands is English, although the word for ‘countryside’ is ‘camp’, which comes from the Spanish ‘campo’.

rosy@responsibletravel.com
Gifts & shopping
Falkland Island wool is magnificent quality and was once the mainstay of the local economy. Felted products are very popular.

Diddle Dee Jam is a real thing, made from the Diddle Dee berry no less, which looks a bit like a redcurrant.

There are several painters and artists on the island. Just ask. Everyone knows everyone.

Bring home a copy of the Penguin News, the island’s weekly paper. Grab it quick, it comes out Fridays. They do actually fly off the shelves.

Check out the Falklands Conservation shop in Stanley. THE place to pppppick up a penguin.
Gifts & shopping

Penguins far outnumber humans in the Falklands and in some spots they both live so close to each other, it feels like they could almost share a beer and a bit of banter.

How much does it cost?
Falkland craft beer in bar: £3.55 pint

Airport shuttle to Stanley: £17 one way

Round Robin flight over all the islands: £50-75

Fruit is expensive. One banana: £1 approx

Fish and chips in restaurant: £12
How much does it cost?

A brief history of the Falkland Islands

With years of territorial disputes, the Falkland Islands are a British Overseas Territory. The first person to set foot here was an English navigator in 1690, but the first settlement was founded by the French in 1764, at Port St. Louis, not too far from todays capital, Stanley. Interestingly, the French named the islands Îles Malouines, which is a derivative of Saint Malo in Brittany. The name Islas Malvinas was later given by the Spanish, a name that became general knowledge during the 1982 Falklands War.Read more
The 18th century was a busy time for colonisers, the British laying claim to the islands a year after the French landed, and you can still see ruins of a fort at Port Egmont on Saunders Island today. The Spanish then did a bit of a deal with the French, compensating them for the port, taking it over and calling it Puerto Soledad in 1770, only to lose that battle a year later. At this time, out and out war nearly broke out between the Spanish and the British, the latter recolonising by making Port Egmont the major port of call for British trade and military ships sailing around Cape Horn. Trade wins when there are trade winds.

Another war was calling, however, and in 1776 British ships were ordered to leave Port Egmont to serve in the American War of Independence. The Spanish moved back in 1780, ignoring the fact that the British had left a plaque as a mark of sovereignty. That was their loss, because in 1811, when they were called to serve at the the Peninsular War in Spain, they also left a plaque claiming ownership. Because that was going to work…

Argentina’s War of Independence and attempts to colonise
The Argentine War of Independence from Spanish colonial rule was fought from 1810-1818 and a ship flying the flag of United Provinces of South America (which included Argentina) claimed the islands as theirs. This was the beginning of a territorial dispute between the British and Argentineans that was to last until 1982, and still continues today. Life was hard on the islands during these years, with seal hunting and fishing the only ways to survive in this very remote spot.

The British take hold
With fishing and agricultural exploitation at the core of all colonial activities, it was the setting up of the Falkland Islands Commercial Fishery and Agricultural Association that was the turning point for British colonisation. In 1833, the first Lieutenant Governor of the islands was appointed, Richard Clement Moody but he didn’t actually settle there until 1841. He founded the new capital at the former Port Jackson, and renamed it after Lord Stanley, the British Secretary of State for War and the Colonies at the time. Moody’s Brook is what remains of the first Governor there today.

Argentinian reprisals
In the 1960s the question over sovereignty started to kick off again, the most serious being in 1966 when an airplane was hijacked by Argentineans and forced to land in Stanley, where flags were planted and local people taken hostage. This fizzled out, and it was agreed that the wishes of the Falkland residents were the only ones to be respected. They were, and still are, to remain British. However, communications were kept open between the British and the Argentineans with the creation of an airstrip and flight route between the two, fuel supplies being sent from Argentina to the islands and also a certain amount of dependence for medical supplies, telecommunications and fuel.

1982 Falklands War
Following the military coup in Argentina in 1976, the Argentinean army invaded the Falkland Islands on 2 April 1982. Because of minimal forces on the ground, they didn’t have much of a struggle on their hands for the first few days, during which time islanders were put under house arrest. That situation changed once the British sent in forces to retaliate, leading to a controversial conflict that lasted 74 days and ended on 14 June 1982 when Argentinian forces surrendered. During this relatively brief period, over a thousand people lost their lives, mostly military personnel and three islanders. Nearly half of the Argentinean loss of life was from the sinking of the ship, General Belgrano, when 323 of its crew died.

Postwar Falklands
One of the silver linings for the Falkland Islands after the conflict was that it was now well and truly on the map. Economic support was offered by the British government, infrastructure improved and, in 1985, the constitution changed the island’s status to one of a parliamentary representative democratic dependency, with the Governor as head of local government. The islands are self governing in all but foreign affairs. The British Nationality (Falkland Islands) Act 1983 also granted full British citizenship to all islanders. An RAF base was established at Mount Pleasant in 1985, and tourists still use RAF planes to enter the country from UK. The other closest airports that they can use are Santiago and Punta Arena, both in Chile.

Shifting ground
Following the 1982 war, there are still minefields on the Falkland Islands which are well sealed off. One of the problems is that because a lot of the terrain is peaty bog the land keeps shifting and, therefore, so do the mines. Indeed, some would say, so do relations with their neighbours in Argentina. Even as recently as 2017, alarm bells went off when a wealthy Argentinean businessman was rumoured to be considering a bid to take over the Falkland Islands Company. The exploitation rights for oil and gas is also an ongoing, potentially explosive area. The 21st century brings its own version of plaques and flags, it would seem. 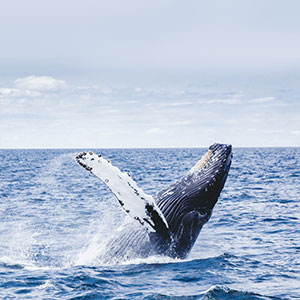 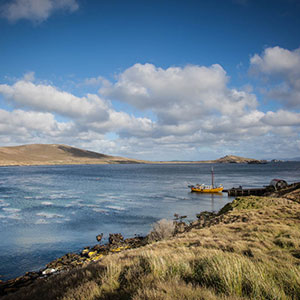 Falkland Islands Map & Highlights
Every name has a story here, from Stanley, which was named after the British Secretary of State for War and the Colonies, to Sea Lion Island... 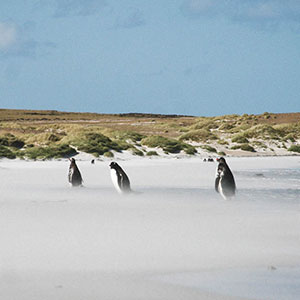 Things to do in the Falkland Islands
We love the array of wildlife on these 700 islands. You won’t get to visit them all, but you will see just about every species on just a handful of them... 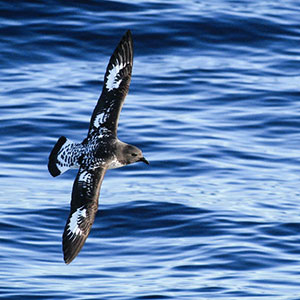 Bird watching on the Falkland Islands
With petrels, black-browed albatrosses, and endemics such as Cobb's wren, plus - of course - the penguins, you never tire of bird watching in the Falklands... 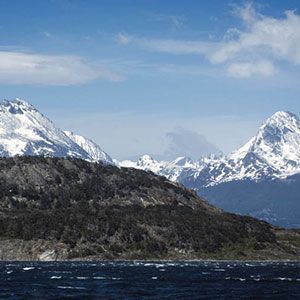 Falkland Islands as part of an Antarctica cruise
The Falklands are the perfect stopover on an Antarctic cruise, being close to the southern tip of Patagonia where most small ship cruises begin... 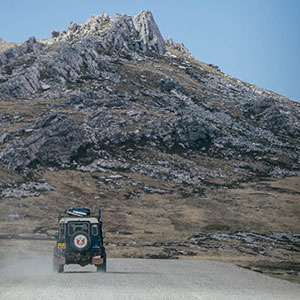 Falkland Islands Travel Advice
Our experts give advice about the natural wonders to be seen here, what to pack, how to spend money locally and what to expect on a small ship cruise... 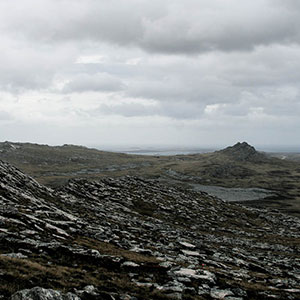