“You could run for days in Wales without ever having to touch tarmac,” says Poppy Backshall, from our trail running specialists Adventure Tours UK. “It really brings a sense of adventure into running that you just can’t get on the road.”

Epic runs can take you across the width of Wales, along high ridges and disused railway tracks, over open moorland where red kites and goshawks wheel in the skies above, and past historic villages, finishing on the coast where you can celebrate by cooling down sore feet with a paddle in the sea. Tucking into fish and chips afterwards with a few Welsh beers that you’ve more than earned is a perfect way to bid farewell to your fellow runners and guide.

This is the kind of sport where awareness of your surroundings is vital. Not only for your personal safety – it’s not uncommon to take a tumble on a downhill section – but also to ensure you’re respecting potentially fragile environments, where careless running could cause damage.

Spain’s Ordesa y Monte Perdido National Park, for instance, is a World Biosphere Reserve where over 100 species of butterflies and moths breed, including the rare giant peacock moth. Because you’ll be running (or walking) with guides who are either local or very familiar with the area, they know which parts to take extra care in, and which to avoid altogether. They’re aware of the unique threats to these environments, and how they are changing as the climate warms. Increasing temperatures and decreasing snow cover, for instance, is reducing both the quantity and quality of spring water in the park, which in turn degrades the habitats that depend on it.
See all our Fitness holidays Holidays

It was such a release and a very lovely break for my brain.

 Pamela Parker travelled on our trail running and yoga weekend in North Wales
Trail running is tough exercise, but made easy by luxurious accommodation (think private hot tubs to soothe weary legs), wholesome food and plenty of time to relax. Autumn camps focus on tips to maintain form over the winter months, while spring camps celebrate the return of the trail running season and bringing muscles out of hibernation. But don’t feel intimidated in the slightest – beginners are more than welcome.

For those seeking more of an adventure, long distance runs such as a trans-Wales epic from the border town of Newtown to Aberystwyth on the coast can fit the bill. This kind of trip is more suited to experienced, confident runners comfortable with being on the trail for four or five hours a day over several consecutive days.

Even here in one of the most picturesque parts of the UK there is no escaping the curse of plastic waste and littering. Our partners studiously avoid single-use plastics, providing guests with reusable drinking bottles, and using wax paper to wrap lunchtime sandwiches while also seeking out suppliers who share the same values. Groups trail running in Wales are also encouraged to pick up litter as they go as a way of giving back to the area they’re enjoying. It’s an act inspired by Trash Free Trails, an environmental non-profit organisation that aims to reduce litter in wild spaces by 75 percent by 2025.

Ordesa y Monte Perdido National Park makes a strikingly picturesque setting for a week of trail running in the Spanish Pyrenees, with practically endless routes and an appealing variety of terrain to be found across meadows, forests, high mountain ridges and gorges.

Trail running tours in Spain are also open to non-participating friends and partners. This is one of the best places for hiking in Europe, and there is the option to join a guided walk each day, led by a local, to learn about the area’s flora and fauna, as well as its history and geology, meeting up with the runners for picnic lunches.

The national park is home to many species of bird including the rare lammergeier (bearded vulture) – during a stay here you’ll a visit raptor feeding station and learn about the area’s successful breeding program.

Our Spain trail running tours see you staying in a beautifully restored 17th-century farmhouse with a log burner and luxury en suite bathrooms. These are small group trips, and you’ll get to know everyone over your first dinner, with a short talk from your guides covering the latest in trail running equipment, mountain running techniques and safety before the running starts in earnest next day. 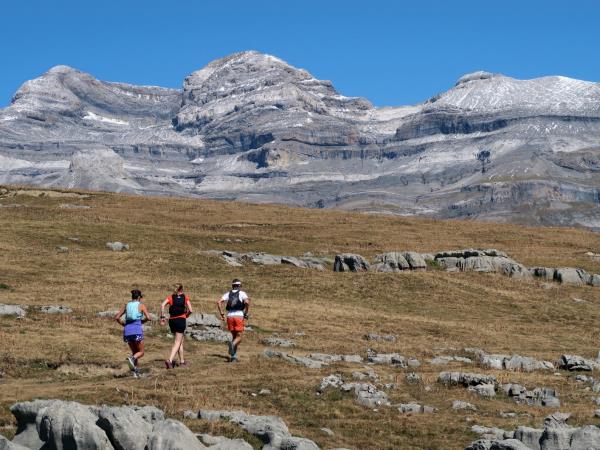 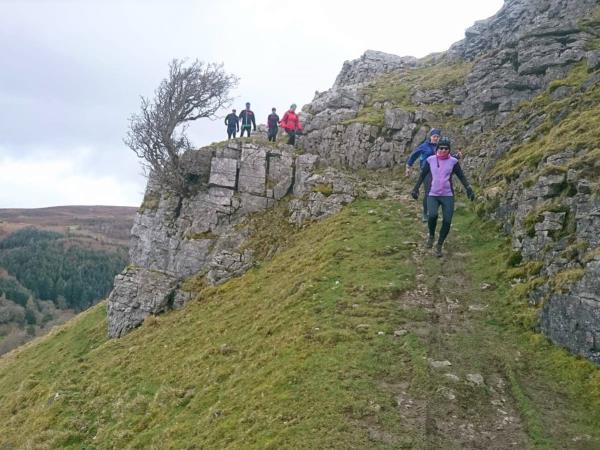 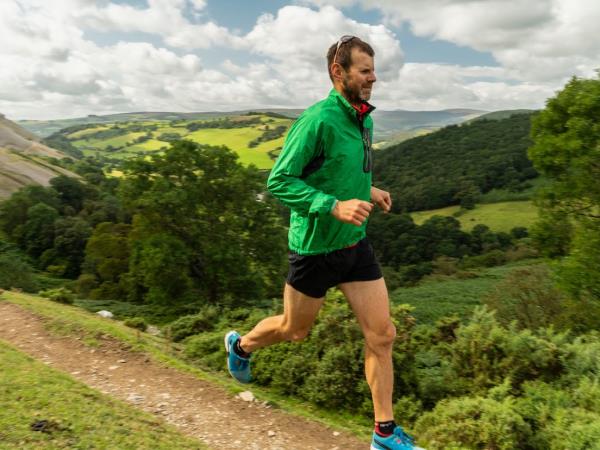 Travel border to beach on this long-distance running holiday

Travel Team
If you'd like to chat about Fitness holidays or need help finding a holiday to suit you we're very happy to help.

What do trail running tours involve?

A trail running camp could be an intensive over a long weekend in Wales, or take the form of a week-long trip in Spain where non-running partners and friends can join, walking in the mountains and meeting the runners for meals. Routes are informed by weather conditions and the guides knowledge of the surrounding terrain.

What they have in common  well, besides fantastic exercise in fresh mountain air, stunning scenery and great company  is professional coaching, whether it be from national orienteering champions or expert mountain guides, helping you develop your skills and abilities. They dont simply work on your fitness and running technique, but cover everything from the latest running technology and equipment to learning how to stay safe on the trail, run by head torch at night, and navigate correctly.

The organisation was seamless, expert guiding by a real enthusiast who made the difference, and pacing the group meant we all got the most out of the experience.

 our traveller Kate Evan-Jones about trail running in Spain.
These are small group trips, with numbers usually between six and 12. Youll train together in the day, and in the evenings youll analyse your progress together, and eat together too.

The impact of our trips on the local community is so important to us, says Poppy. One of the most significant parts of our trail running camps in Wales is ensuring guests are well-fuelled. We use a local caterer who always gets amazing feedback for her ability to make healthy food with the indulgent twist you want on a holiday. And she also sources many ingredients from local suppliers, so our camps indirectly benefit them too.

Camps are based in locations such as the Spanish Pyrenees or the Welsh countryside, where youll have a wide mix of terrain and routes open to you, which you can explore solo afterwards if you have the time and inclination.

Weve added an optional night onto our training camp because we find runners are keen to start actioning what theyve learnt with Tim, says Poppy. Whilst these camps do give you a good flavour of the trails in Wales, there is still so much to explore.

Best time to go on a trail running camp

The best time to go trail running depends very much where youre going, as this is a pursuit so heavily influenced by the weather. You are running in exposed areas, often at altitude, for long periods  so if youre trail running in Spain then you probably dont want to run for hours in the Pyrenees at the height of summer in July or August. And if youre trail running in the UK then late spring through to autumn is ideal, avoiding the winter cold and rain that can make trails muddy and slippery.

Much of the outdoor activity industry in areas suitable for trail running tends to be seasonal, so going outside of the peak summer months can provide helpful income for the small hotels youll stay in and the restaurants where youll sate hungry appetites in the evenings.

What is trail running?

Trail running takes place in natural landscapes across unpaved terrain, and frequently involves steep gradients such as hills or mountains. It tends to be easier on the joints than running on roads and other hard surfaces, as the naked ground absorbs much of the impact.

But trail running definitely has its own challenges. For one thing, the terrain can vary dramatically, so you need to concentrate closely on where youre putting your feet, especially when going downhill, to avoid stumbles and sprains. Consequently, the emphasis with trail running is less on speed and more on agility.

Trail runners are also more exposed to the elements  there are no handy bus shelters or shop doorways to shield you from an unexpected downpour. Youre likely to arrive back at base significantly muddier than when you left. But then again, thats half the fun.

Is fell running the same as trail running?

Fell running and trail running are similar in that they both take you away from roads and urban areas, out into nature, with hill climbs a regular feature. However, trail running (as the name suggests) sticks to paths or tracks that are often marked. With fell running, the terrain is typically somewhat rougher  some scrambling may be needed, for instance  and there may not be an obvious path.

Is trail running good for you?

Trail running is a fantastic outdoor exercise  great for stamina, mental health, muscles and cardio. Its arguably better for you than running in urban areas too. Theres far less air pollution, and hard surfaces such as pavements dont absorb as much energy, instead sending it back up your legs which wears away at your joints over time. On running trails, you also dont need to worry about dodging unwary pedestrians, electric scooters or aggressive chihuahuas.

However, there are other risks involved that you arent so much of an issue with urban running. Youre out in nature, so you need to know where youre going, and you need to be prepared not only for the terrain, but also how to cope with changes in weather when youre in exposed landscapes. If you should pick up an injury, how do you get back?

Thats why, in unfamiliar places, youre best-off to start with running as part of a small group and/or with a guide who knows the terrain well. Our trail running tours are a great way to get your bearings before heading out independently if you choose. 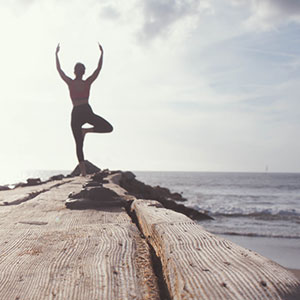 Fitness holidays travel guide
There are more ways to get fit than simply heading to a sterile, air conditioned gym 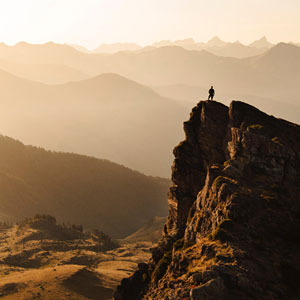 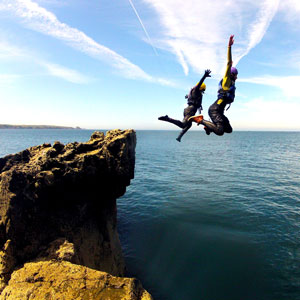 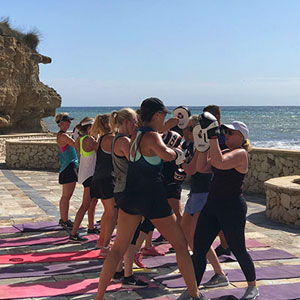 Luxury fitness retreats in Spain
Achieve your fitness and wellness goals in a relaxed, supportive environment.

If you're wondering what a wellness holiday entails or you wish you were able to practise Pilates or yoga somewhere nice and hot then we can help you set out on the road to rejuvenation. Far from being a holiday for hippies, wellness holidays allow you to rest and revive in your own way with healthy meals, like minded groups and expert exercise instruction ensuring you get to have your carrot cake, and eat it.