Thailand may be known as the gay capital of Asia, but Vietnam is at the forefront too, with a more progressive approach than many of its neighbours. Our guide to LGBT holidays in Vietnam will help you understand local attitudes, taboos and laws, as well as highlight some of the top locations.

A history of LGBT rights in Vietnam

A history of LGBT rights in Vietnam

Vietnam is one of the more progressive Southeast Asian countries when it comes to LGBT rights and has made huge strides in recent years in support of the LGBT community. As recently as 2000, same-sex couples were banned from cohabiting and homosexuality was officially described as a mental illness, but Vietnam has never had any official laws prohibiting same sex relationships or same sex sexual acts.
In 2015 the legislature passed the Law on Marriage and Family, which officially removed a ban on same sex marriages1. In November of the same year, transgender people who have undergone reassignment surgery were granted the right to register under their new gender2, and in 2017, Ho Chi Minh City opened Vietnams first LGBT friendly medical centre3, which offers counselling, STI tests, HIV treatment and other services for the gay and trans community. Whats more, LGBT people can serve in the military, the age of consent (16) is the same across the board, and annual VietPride marches in both Hanoi and Ho Chi Minh City work to raise visibility and awareness of LGBT issues.
See all our LGBTQ Holidays

Give us a call
But the positive news stories only tell part of the story and theres still a long way to go before equality is achieved. Although same sex marriages are no longer illegal, this is not quite as groundbreaking as it sounds: gay couples are neither recognised nor protected by law, and there are no laws prohibiting discrimination on the basis of sexual orientation or gender identity. LGBT people continue to face abuse and discrimination both in the home, at school and in the workplace.
Whats more, some critics have argued that the governments recent moves are a cynical ploy to attract LGBT tourists, or to distract from the government crackdown on political dissent by pointing to VietPride as an example of freedom of speech and assembly.
1 www.pri.org
2 www.pinknews.co.uk
3 www.pinknews.co.uk
Attitudes towards the LGBT community

LGBT travellers are unlikely to encounter hostile reactions in Vietnam, and gay foreigners are not actively persecuted. Hanoi and Ho Chi Minh City both have gay scenes, and homosexuality is slowly becoming part of mainstream culture. In 2011, the openly gay film Lost in Paradise, directed by Vu Ngoc Dang, was a big success both inside and outside the country; and in 2012, the sitcom My Best Gay Friends launched on YouTube and became an instant hit. When in late 2014, US Ambassador to Vietnam Ted Osius arrived with his husband and baby, it was seen as a sign that the country was on its way to becoming a more open and accepting nation to the LGBT community.
Attitudes towards the LGBT community
However, while it can be a relaxed and tolerant country towards LGBT tourists, homosexuality remains a controversial topic in a country where respect for traditional family values runs deep. Gay venues keep a low profile and most gay Vietnamese choose to hide their sexuality from their families. As is the case in most countries, there are substantial differences between attitudes towards homosexuality in rural areas and large cities, and by older people and younger generations  the latter in each case being far more open minded. In 2014, for example, a USAID report4 on LGBT rights in Vietnam found that conservative views on sexuality remained across the country, despite a number of LGBT support groups springing up in urban areas. 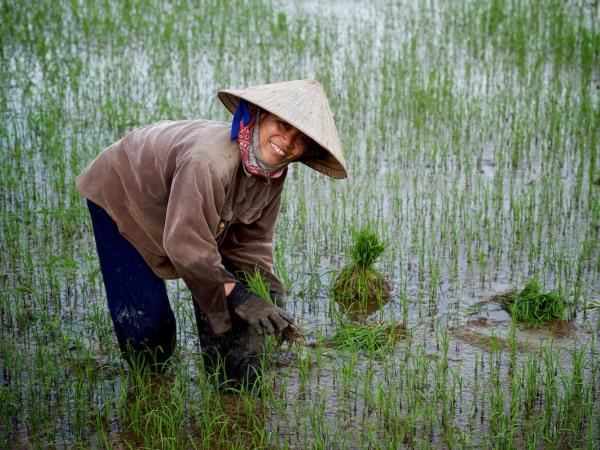 A fascinating tour of Vietnam, taking in the most wonderful aspects of the country 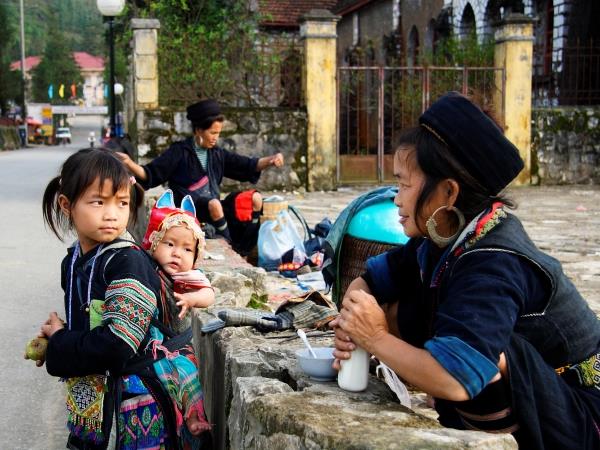 A family-friendly exploration of Vietnam's highlights 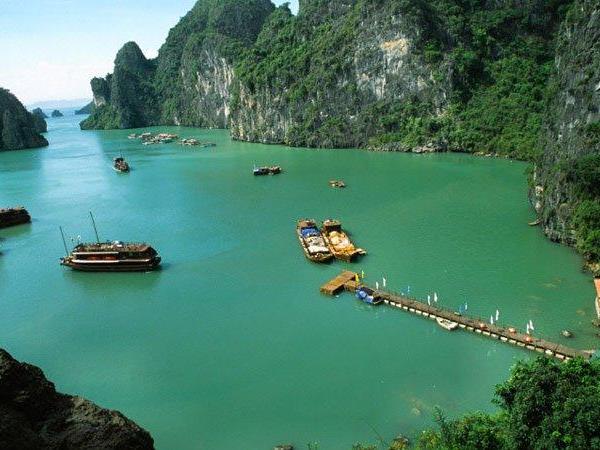 This comprehensive tour is a perfect introduction to Vietnam 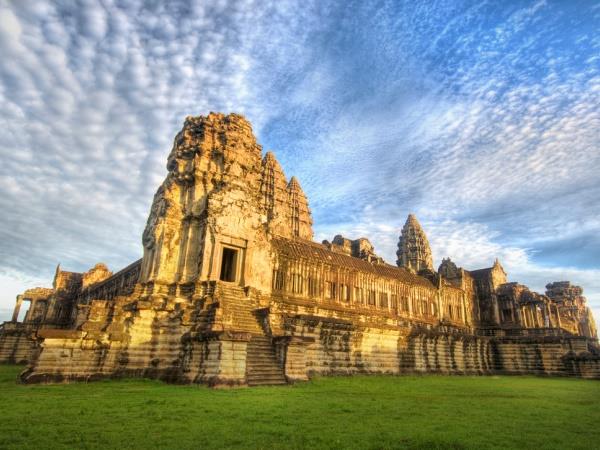 Vietnam and Cambodia tour, along the mighty Mekong

Follow the mighty Mekong River from Vietnam into Cambodia 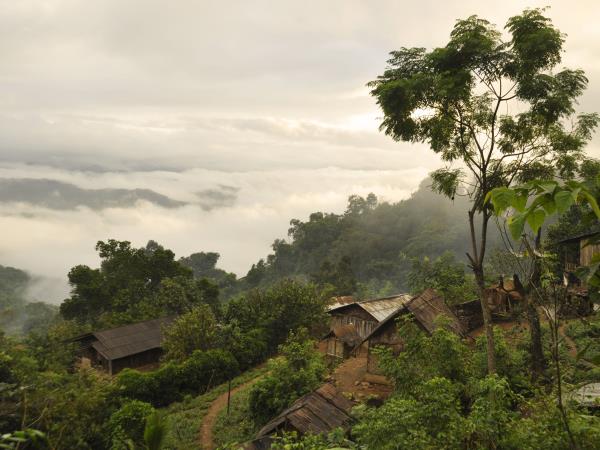 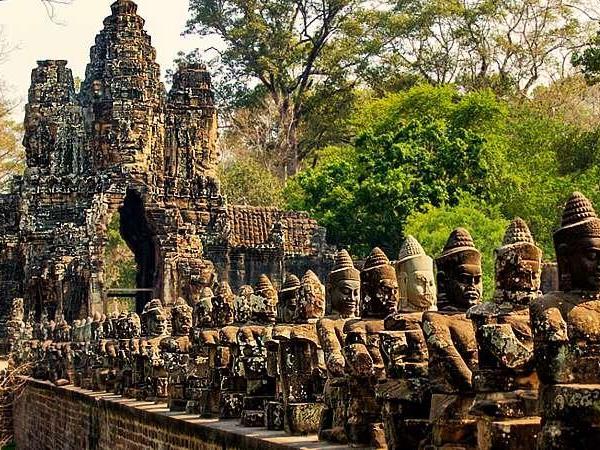 16 day adventure across Vietnam and Cambodia

Alongside Thailand, Vietnam has gained a reputation as one of the most LGBT friendly countries in Asia for foreign tourists. LGBT tourists are unlikely to encounter any harassment and will be able to explore the mountains, beaches and ancient sites without any issues. Checking into hotels as a same sex couple is perfectly acceptable and both Ho Chi Minh City and Hanoi have a low key gay scene, with a number of bars, restaurants, saunas and hotels that are LGBT owned or LGBT friendly, as well as gay clubs featuring regular drag shows and themed LGBT parties, though youll have to do your research to find them. To a lesser extent, there are some LGBT friendly venues in the both the beachside city of Danang and heritage hot spot Hoi An, too.
While all the tour operators we work with describe themselves as LGBT friendly, its worth asking questions to learn more about how this is put into practice in their Vietnam holidays. Its easy to operate an LGBT friendly tour in Ho Chi Minh City or Hanoi, but its less straightforward to incorporate village tours and family homestays into the itinerary. Good operators should be able to share information about customs and beliefs  not just for Vietnam as a whole, but for individual regions, religious sites and places of special interest across the country.
Its worth remembering that theres a fine line between expressing your identity and respecting local customs as a responsible traveller. We would generally advise, for example, avoiding skimpy, see through or overly tight clothing. Vietnam remains a very traditional and conservative society, and public displays of affection are not the norm. Couples of any sexual orientation should avoid kissing and putting their arms around each other in public. In fact, if you do see two men or two women with their arms around each other or holding hands, this is almost certainly a sign of friendship

VietPride This festival takes place over several days in both Ho Chi Minh City and Hanoi, though the Hanoi event is larger and includes a film festival, talks, parties and a bike rally. Though only launched in 2012, its becoming more and more mainstream, and is attracting big name sponsors.

iSEE This group works towards the rights of minority groups in Vietnamese society, including the LGBT community.

The Travel Gay Asia and Utopia Asia websites provide information about nightspots, restaurants and gay-friendly accommodation across the country.