Responsible tourism in the Maldives

If youre wishing to travel right then pay attention to our responsible tourism in the Maldives page that features sections on climate change, tourist taxes and how carbon emissions are affecting the warmth and level of the Indian Ocean.

Responsible tourism in the Maldives

TRAVEL RIGHT IN THE MALDIVES

The Maldives is one of the most famously exclusive holiday destinations. A little slice of paradise, floating in the warm, turquoise waters of the Indian Ocean, it is synonymous with luxury, honeymoons and peace. However, peace is far from the daily reality of many Maldivians. For over 30 years, tourists and local residents were kept apart in the Maldives under the guidance of the countrys third president Maumoon Abdul Gayoom, who designated resort islands which were exclusively for the use of tourists  and local islands where Maldivians lived, and outsiders did not set foot. However, in 2008, the environmental and human rights activist, Mohamed Nasheed, became the fourth president of the Maldives and, in so doing, began to pave the way for guesthouses to be built on local islands.

Unfortunately for Nasheed he was ousted at gunpoint in 2012 following mass opposition protests and threats on his life. After being held under virtual house arrest he was then convicted in 2015, under the countrys anti-terror laws, to serve 13 years in prison. Amnesty International denounced the conviction as politically motivated and the US commented that the trial had an apparent lack of appropriate criminal procedures. Nasheed, who is represented by human rights lawyer Amal Clooney, has expressed his fears over religious extremism and how climate change will impact the Maldives.

Recent events in the capital of Malé have led to further unrest as government troops, backed by the current President Abdulla Yameen, turned on opposition MPs in an attempt to stop them participating in the Maldives' Independence Day celebrations in July 2017. As a result of this state-sanctioned violence, the British Foreign Office issued a warning to travellers to take appropriate security precautions, comply with local security requirements and avoid protests and rallies when visiting Malé. The rest of the Maldives is considered trouble free, for now. We therefore advise all travellers heading to the Maldives to refer to the British Foreign Office website to ensure youre clued up on the most up-to-date information before departing.

The Maldives' former President Nasheed turned the world onto climate change and how it was affecting the Maldives by holding a cabinet meeting underwater in 2009. During the meeting, he signed a carbon emission cutting document prior to the UN climate change conference. Aside from the headline grabbing theatrics, Nasheed explained that the Maldives' highest point, on a resort island in Addu Atoll, is around 2.5 metres above sea level and the average height of Maldives as a whole is just over a metre.

If carbon emissions were to stop today, the planet would not see a difference for 60 to 70 years.  Nasheed speaking in March 2012

Melting ice caps and the expansion of water, caused by warmer temperatures, have caused the worlds sea levels to increase by around 20cm since the first recordings in 1880. The annual rise has been markedly faster over the past 20 years: around double that of the previous century, and by 2100 it is estimated that sea levels will have risen by around 2 metres. Nasheed had a point: the world needs to act, now, to help prevent the Maldives, as well as many other coastal regions, from becoming a modern day Atlantis.

If carbon emissions continue at the rate they are climbing today, my country will be under water in seven years.  Nasheed speaking in April 2012

In 2015 the Maldives began to charge a daily $6 Green Tax for tourists staying at resorts, hotels and on cruise ships, but not on local island guesthouses. You would hope that this additional revenue means that the current Maldivian government is taking the threat of climate change just as seriously as Nasheed did. However, with long haul flights being one of the largest environmental threats around, the Maldives finds itself in something of a horrible Catch-22 predicament as almost all of the government's tax revenue is generated by import duties and tourism levies.

Additionally, many other practices, such as sand mining, coral harvesting and shark fishing, are completely unsustainable. It's often only thanks to tourism that local people are encouraged to make money with an eye on a sustainable future rather than further devastating the environment.

Biosphere Expeditions have been studying the reefs around the Maldives for nearly a decade and have witnessed an ever increasing spiral of coral death and reef decline, especially during the catastrophic coral bleaching event in the spring of 2016. Following on from this, in 2017, still more reefs have continued to die in the Maldives which, according to Dr. Jean-Luc Solandt, the expedition scientist and coral expert from the Marine Conservation Society, isn't going to halt anytime soon.

Of course there are always opportunities for some recovery, but the problem is that impacts just keep increasing  sedimentation, pollution, ocean warming, overfishing, ocean acidification, you name it, its all here in the Maldives, which is why the reefs are in such bad shape and many are unlikely to recover. Indeed, many of the resorts in central areas where we have surveyed are where weve recorded the most catastrophic declines, as the intensity of human impact is highest there." - Dr. Jean-Luc Solandt speaking in 2017

Tourists are taxed 10 percent on anything thats considered a service facility, including water sports, as well as a further 12 percent tourist tax and $6 environmental tax, per person per night on resorts and boats.  Ruth Franklin, from our supplier Secret Paradise.

It's very easy to hold tourism accountable for all of the problems that countries like the Maldives have to face, for example: climate change, poverty and waste disposal, but if it wasn't for the money that tourism brings in then the picture for local people would often be far bleaker. Before the advent of tourism here in the 1960s, the average life expectancy for the Maldives was 36 years old. The arrival of tourists to Kurumba Island in the early 1970s started to create income for the government through land purchasing, with subsequent tourist taxes and import duties further boosting the country's economy.

It would be naive to say that all of the money raised through tourism goes directly to local people; however, it has helped to pay for healthcare and education centres throughout the islands as well as providing an alternative source of income to fishing and other unsustainable practices. There is still a lot of poverty, not many jobs, and it's very hard to call the present government a fully functional democracy but the money brought into the Maldives through tourism is making a difference and is therefore fundamental to securing a sustainable future.
Photo credits: [Nasheed protest: Dying Regime] [Male airport: Simon_sees] [Local people: Dying Regime]
Written by Catherine Mack
◄ Local islands 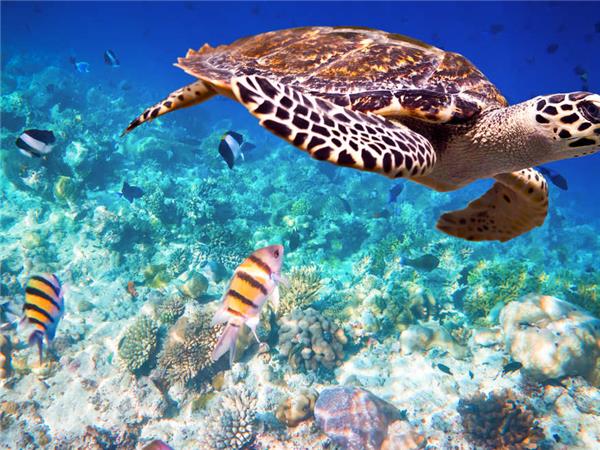 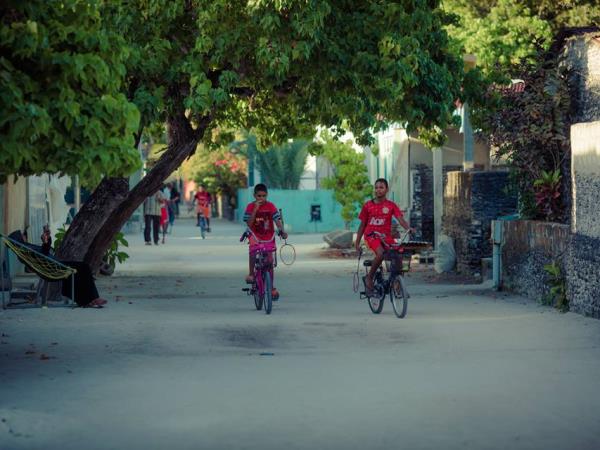 Private Cultural Experience in the Maldives 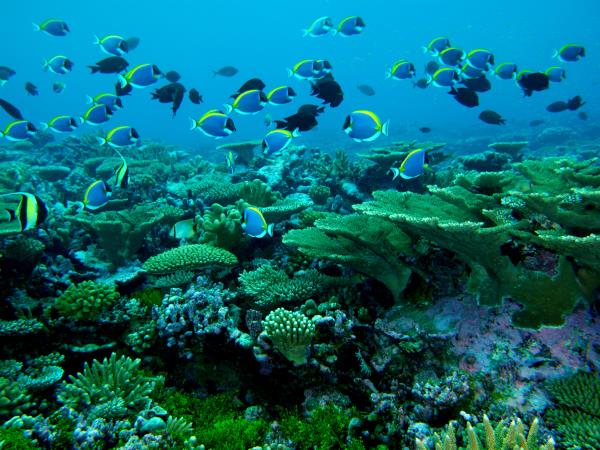 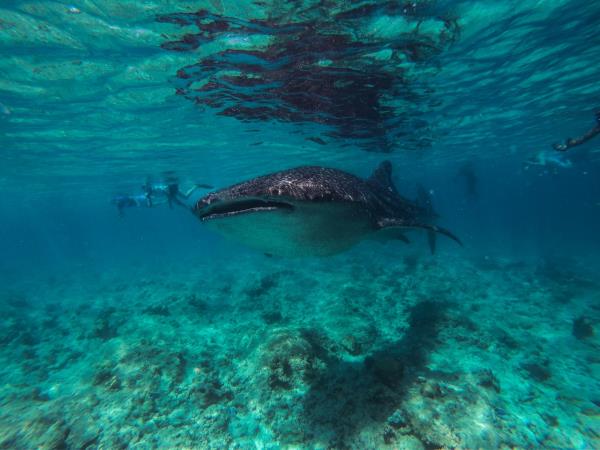 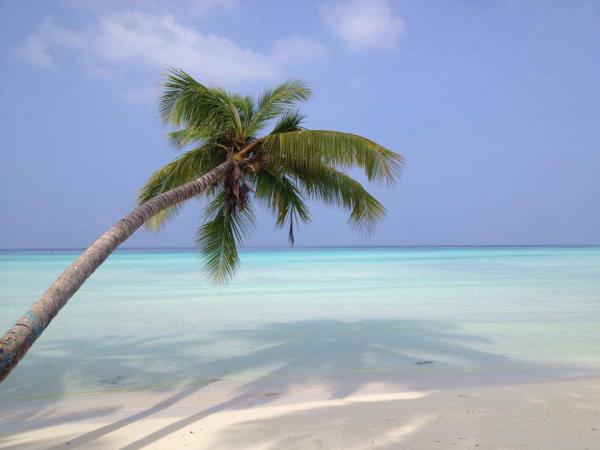 Boutique hotel on the local island of Gan, Laamu Atoll 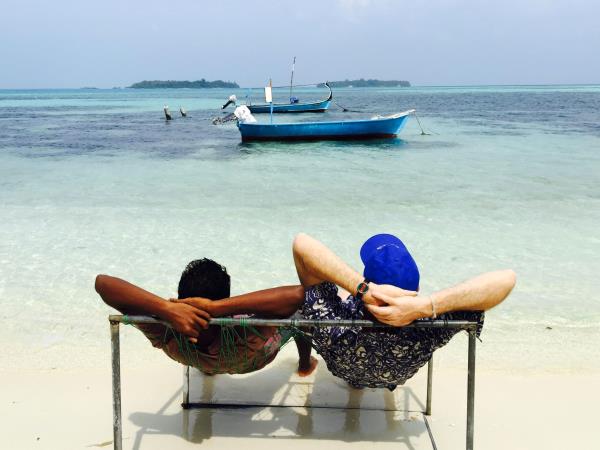 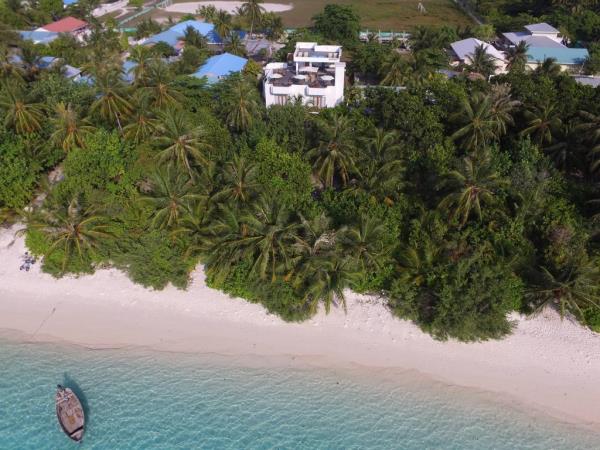 Maldives All Inclusive dive hotel built by divers for divers

From US $2200 per person per week
Photo credits: [Page banner: Pakhnyushchy]
Back to the top