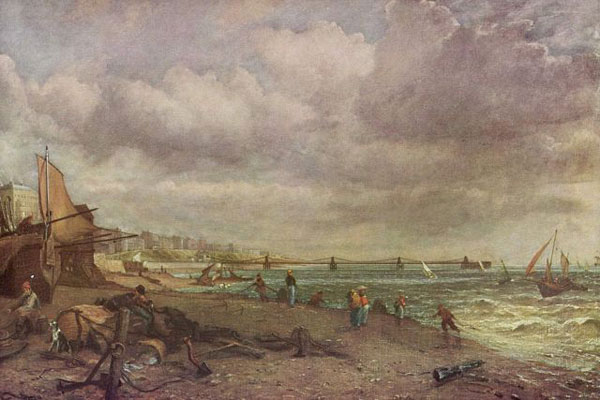 In the past couple of years there have been hundreds of articles focused on overtourism, and its become one of the most debated issues in travel today. Much has been written about overcrowding, environmental degradation and the negative impact of mass tourism on local life in cities such as Barcelona and Venice, where locals have been driven to protest because of the dire circumstances in which they find themselves.

However, while the media coverage may be a new phenomenon, overtourism itself is not. Tourism has been taking its toll on communities and landscapes for maybe hundreds of years. Ever since the advent of large scale tourism residents have faced challenges  whether it be losing their homes and land to developers or having to change their way of life because of the influx of large numbers of visitors. In fact, the earliest example of overtourism that we have come across happened in the 1820s, right here in Brighton, just a few hundred metres from where Responsible Travels office is today.


The fishermen of Brighthelmstone
In the 19th century, when large numbers of affluent visitors began to descend upon seaside towns and villages, some residents were unhappy about the influx of visitors and the changes that they brought with them. Brighton, then known as Brighthelmstone, was a popular getaway on Englands southeast coast. During the 19th century it rapidly developed as a resort for wealthy holidaymakers, and then, after the advent of the railways, for day trippers from London. This transformation was aided by local fishermen who would provide bathing machines for the tourists, display curiosities on the beach and arrange trips out on pleasure boats.

As Brighton became more popular, some of those invested in the towns new resort status began to view the fishermen as an inconvenience. There were complaints that the fishing nets spread across the beachfront obstructed tourists on their seaside promenades, and one visitor named Peregrine Phillips wrote in his diary that fishermen had nothing but contempt for tourists.

In 1821, a local police chief, spurred on by the complaints, made the decision to remove a number of fishing boats from a popular section of the beachfront, sparking protests from the fishermen. In the end the fishermen lost out and their boats were confined to an enclosed area of beach, out of the way of the visitors.

Further trouble ensued in 1827, when town commissioners ordered local fishermen to remove their capstans from Brightons West Cliff area. This time there were riots, led by a man called Buck Marchant, who armed himself with a crowbar to protect the men. The protest was quelled and from then on, the local fishing industry was confined to the beach below the cliffs, where it could no longer interfere with the towns burgeoning tourist trade. 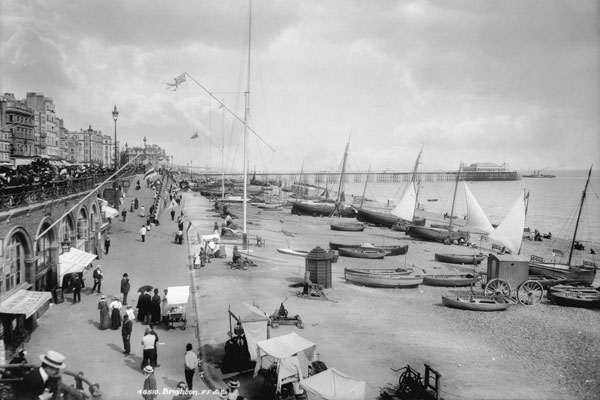 Fishing boats in Brighton. Photo by Francis Frith & Co
Off the rails
The negative effects of tourism werent confined to the seaside, however. As railway companies, guidebooks and industry trailblazers such as Thomas Cook began to capitalise on the idea of package tours and mass travel, a number of people began to complain about the negative effects of tourism. Europes towns and countryside were overrun by tourists, they said, and ruined by the increase in guesthouses, pensions and restaurants1.

The Lake District, for example, became the scene of protest during the planning of the proposed Kendal and Windemere railway in the early 1840s. There were numerous objections from landowners, supported by the Lakeland poet William Wordsworth, who was worried about the effect of mass tourism on the landscape2. So vociferous were the protests that the construction of the line was postponed  eventually opening in 1947. John Ruskin, an art critic and Lake District resident, fought against a further extension of the railway to Ambleside in the 1880s, describing it as vandalism and writing that: The stupid herds of modern tourists let themselves be emptied like cols from a sack at Windermere and Keswick"3.


A new problem in New England
Across the Atlantic, coastal areas of the US such as Maine saw tourism increase dramatically after the end of the Civil War, and then with greater speed after the advent of the railway when visitors would pour in from cities along with East Coast. Middle class vacationers transformed the coastal landscape, and developers built huge hotels and holiday homes, leading to the gradual displacement of maritime families. Because traditional industries were in decline across the New England coastline, local families were forced to sell their land to wealthier seasonal residents or developers, and many took jobs as cooks, gardeners and servants for holidaymakers. In some towns, the summer influx was larger than the year round population4.

At around the same time, Niagara Falls was swiftly becoming the countrys most popular attraction, so much so that tourists began to grumble about overdevelopment at the site. As far back as the 1830s, there were complaints that the landscape around the falls was being spoilt by the sheer number of visitors, and by the mid 19th century, the number of shops, photographers and aggressive guides were, according to some, ruining the experience. This was exacerbated following the Civil War when cheaper train fares made the falls even more accessible, and visitor numbers rose from around 20,000 a year in 1838 to 80,000 a year in 18505 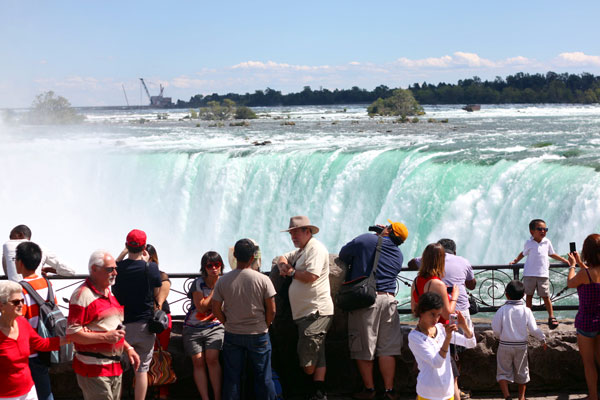 Niagara Falls, NY. Photo by Erik Sena
Conservation, culture & conflict
Other populations have of course suffered during the development of the tourism industry. During the late 19th century huge swathes of land were forcibly taken from native populations in the United States and Canada and turned into protected national reserves in the name of both conservation and tourism, leading to violent resistance in some cases. In 1877, for example, an incident known as the Nez Perce War saw fierce battles between members of the Nez Perce tribe and federal soldiers, including one in Yellowstone National Park that led to the death of a tourist and the injury of several others 6. These kinds of clashes are far from historical; almost a century later, the Maasai faced displacement as Kenyas national parks were established in the 1960s. In the 21st century, conflicts continue as native peoples are evicted, harassed and even killed to make way for tourism, from the San in Botswanas Kalahari Game Reserve, to the Wanniyala-Aetto of Sri Lankas central mountains.7


But have we learned?
Problems of overcrowding, environmental damage and the displacement of local peoples would only increase with the tourist industrys expansion during the 20th century, thanks to expanded road and rail systems and the advent of commercial airlines and bargain travel. As we gear up for another busy summer season in Brighton  which comes complete with overcrowding, littered beaches, and disruption to local life  and as people across Europe continue to protest the fact that their homes are saturated with tourists, its clear that the concerns raised during the early days of mass tourism have only become more pressing; and that tourism managers continue to prioritise quantity over quality, and the needs of tourists over those of local communities. Now, as then, too much tourism negatively impacts the environment, culture, locals, and, in the end, tourists themselves. Its essential, then, that the travel industry listens to and works closely with local communities to minimise the negative impact of tourism and ensure that destinations are preserved rather than destroyed. 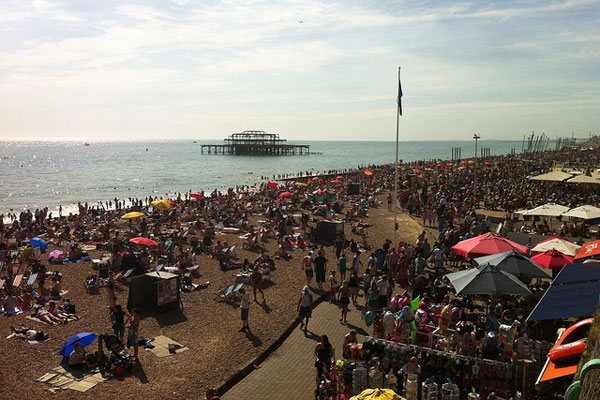 Written by Nana Luckham
Back to the top