Things to do while on a Croatia cruise

Apart from chilling out, sunbathing and swimming, there are many things to do on a small ship cruise in Croatia. Almost every island has a trail or two, taking you up to hilltop hideaways with panoramic views or to secret coves well away from tourist crowds. Food and drink is always high on the agenda, as is exploring Roman and Venetian architecture. Read more in our guide

Things to do while on a small ship cruise in Croatia

From island hopping to island hiking

Being on the water is one thing, but Croatias islands are a wonderful place to discover your landlegs too, and so always pack your walking shoes as well as your water ones. Mljet Island National Park is like finding a treasure island full of natural nuggets. It is pretty unique, with two saltwater lakes surrounded by pine-wooded hills, and many more beaches beyond peeking through the trees. Losinj is another pine-filled paradise, but with no less than 1,000 types of wild herbs growing among its prolific walking routes.
You can hike to the Adriatics highest peak on the island of Brac, where Mount St. Vid reaches 780m with great views across the archipelago, as well as some ancient Roman villages to discover en-route. Your treat at the end of it is the beautiful white limestone beach at Zlatni Rat which beckons like a siren down below.

If you havent tried sea kayaking before, Croatias coast and islands are the places to do it. You can hire a kayak in most places and often our tour operators will include a paddling excursion as part of your trip. If you get a chance to do a guided kayaking trip, go for it, as you will discover beaches and deserted islands you never knew existed, while being supervised and super safe in the process.

Hello.
If you'd like to chat about Croatia cruising or need help finding a holiday to suit you we're very happy to help.
Rosy & team.
01273 823 700
rosy@responsibletravel.com

As if bobbing around these spectacular islands isnt enough, you are spoilt with some of the most extraordinary architecture on many of them. Croatia could almost be described as greedy for gorgeousness sometimes. Korcula Islands main eponymous town not only has a medieval walled old city, but also a 14th-century cathedral in the middle of it. Hvar Island also boasts the magnificent 17th-century Cathedral of St. Stephen, located in one of Croatias finest town squares in Hvar Town. In fact, Hvar is history central, with Stari Grad being one of Croatias oldest towns, and a UNESCO World Heritage Site for its waterfront Renaissance architecture.
Zadar town, on the mainland, also competes for oldest town status, and is a stop on some northern islands cruises. Take time to visit its heritage highlights which include an ancient Roman forum and the magnificent pre-Romanesque St. Donat's church. Oh, and did we mention the architectural greats of Dubrovnik and Split? Both waterside; both wonderful.

Croatias food is already great, but some islands like Vis boast a particularly sumptuous slow food scene. The countrys wine is also still very underrated internationally. Many of the islands are covered in vineyards, such as Krk which is famous for its own white Vrbnicka Zlahtina wine. Croatian cuisine is one of the main reasons why you should pick a small ship cruise over the all-inclusive dinners of a big liner. Usually, only one or two meals a day are included, so at sunset you can step off the boat and let your taste buds lead the way to harbour seafood restaurants and backstreet wine bars.
Photo credits: [From island hopping to island hiking: Jaganjac] [Paddle through paradise: Rakkhi Samarasekera] [Helpdesk: Darios] [Awesome architecture: Mario Fajt] [Booze cruise: Brian Stacey]
Written by Catherine Mack
◄ Map & highlights | How to choose ► 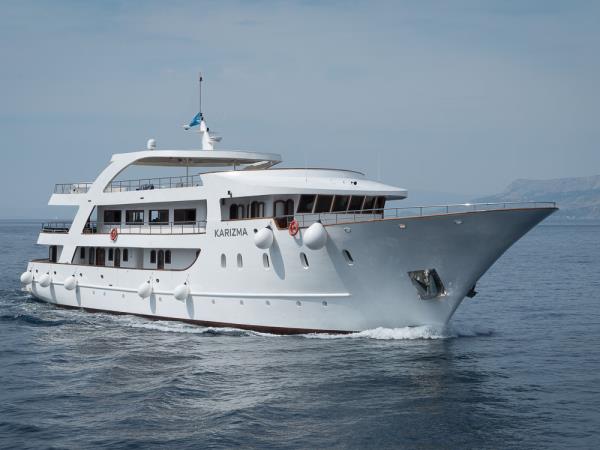 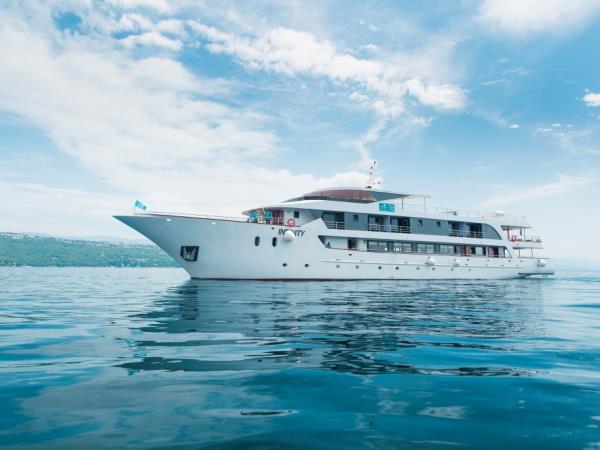 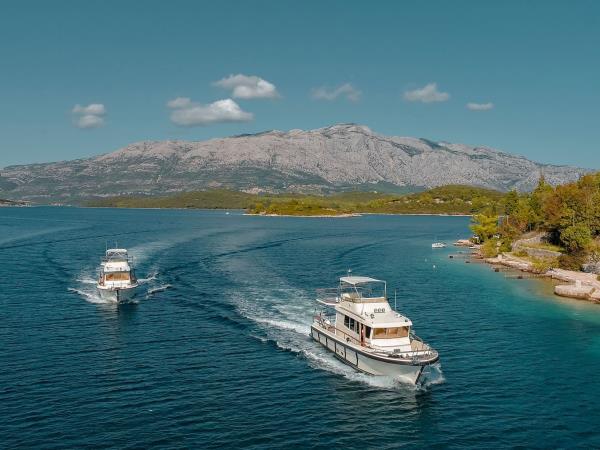 Contact us - call or email Call us from anywhere No queues or automation Sign up to our newsletter
Photo credits: [Page banner: Sergii Gulenok]
Back to the top