Dolomites photography holidays zoom in on one of the worlds most dramatic mountain ranges. Explore classic photography locations in north-eastern Italy  from Tre Cime and Chiesa di Santa Maddalena to the boathouse on Lago di Braies  with an experienced tutor, while developing your skills in a supportive group environment.

There’s a beautiful Ladin word, enrosadira, meaning ‘alpen glow’, that describes the Technicolor transformation of rock as it is bathed under the light of sunrise and sunset. Nowhere is the effect more vivid than the Dolomites of northeastern Italy.

The calcium carbonate pinnacles and ridges of the Dolomites are considered by many people to form the most photogenic mountain range in the world. Known as the Pale Mountains, their jagged peaks spear dramatically up to 3,000m out of the valleys and pastures below. They would often feature on the European Grand Tours of the 19th century, and one regular modern day visitor is James Rushforth.

A photography guide for our tour specialists Wild Photography Holidays, James is so enamoured of the Dolomites that he’s written several books about it, covering everything from photography to ski touring and traversing the famous via ferrate (steel cables affixed to the rock to create climbing routes). He says: “I love the Dolomites for the friendly people here, the unique architecture, but most of all because it’s like a big adventure playground, summer or winter.”

From a photographer’s perspective, this kind of scenery is absolute gold dust. There is the iconic image of the Tolkien-esque Tre Cime di Lavaredo towers jutting out like rotting teeth; steep mountain passes overlooking peaceful alpine meadows that are strewn with wildflowers in spring; Tyrolean communities where it’s common to encounter people wearing traditional dress; glacial lakes, waterfalls and bubbling springs; and, clear skies permitting, superb potential for astrophotography given the minimal light pollution.

“We mostly stick to the more well-known areas,” says James, “but as soon as you leave the passes the coach groups disappear and we have the scenery to ourselves. The Dolomites is a compact mountain group but there’s an immense amount to see, and you do get people coming back year after year because of that.”

There are far taller and more remote mountain ranges out there, and many that are better known. But few can compete with the Dolomites for sheer drama.
See all our Dolomites Holidays 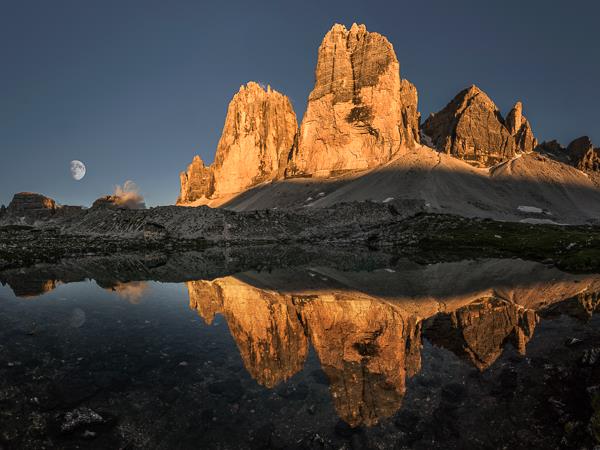 Italy photography holiday in the Dolomites

Spring and autumn photography in the Italian Dolomites

See all our Dolomites Holidays
Travel Team
If you'd like to chat about Dolomites or need help finding a holiday to suit you we're very happy to help.

Over the course of a week or so you can traverse the region from south to north. Youll spend time in areas such as Ampezzo, Sesto and Caldini di Misurina, dipping down into the valleys to sample Tyrolean culture, and then heading back up to explore vast alpine plateaus and exposed mountain passes.

During World War I Ernest Hemingway served as an ambulance driver close to the riverside town of Cortina dAmpezzo, near the Natural Park of the Ampezzo Dolomites, a vast alpine wilderness of peaks, valleys and forest. Here youve got key locations including the Tre Cime; the five towers of, er, Cinque Torre; Croda da Lago, a very popular hiking spot; and the gorgeous Lago Limides, whose still, clear waters reflect the surrounding peaks.

The Lago di Braies is a highly sought-after location, with its stilted boathouse a popular place to position yourself. Inspiration for compositions comes thick and fast as you head through the rustic Val di Funes to capture another classic Dolomites setting, the Chiesa di Santa Maddalena, by sunset. This simple church is surrounded by peaceful meadows and woodlands framed against towering peaks.

Valle Isarco, known for its white wines, is home to the medieval town of Chiusa from where youll explore some of Italys most picturesque villages. Its a short drive from there to Alpe di Siusi, a sprawling alpine meadow that in spring is carpeted with 800 species of wildflowers  orchids among them, including the very rare ladys slipper. Here, amid all this colour, and little wooden huts perching next to babbling brooks, youll find practically endless vantage points to experiment with.

Dolomites photography holidays usually get underway in Venice, a two-hour drive from Cortina dAmpezzo. Naturally, youre encouraged to bookend your trip with a day or two photographing the City of Bridges  James recommends going out in the evenings when the cruise ship crowds have died down and you can get some lovely reflections in the water.

As this is a UNESCO World Heritage Site there is a debate over finding a balance between leisure and environmental protections. Accommodation is provided in small, family-owned hotels that the holiday company will have been working with for years, and youll eat in local restaurants wherever possible. Both contribute to sustainable tourism in the Dolomites and benefit places that are too small to take in coach groups.
Trips are led by highly experienced mountain guides and photography tutors familiar enough with the region that they can adapt itineraries easily to cope with fluctuations in weather or areas that are closed off. Youll travel as part of a small group limited to 10 people, which minimises the impact on local communities and also ensures that everyone can enjoy plenty of one-on-one instruction. Youll be out in the field for as long as possible so expect early starts. Evenings spent in group review sessions tend to be a highlight of photography holidays, with positive, practical feedback often leading to rapid improvements.

You dont need any experience for this trip, or even any hi-tech equipment. The itinerary is tailored as much as possible to meet the requirements of everyone in the group, and youre free to opt in or out of as many tutorials as you wish. Beginners with smartphones are just as welcome as photographers with 40 years of experience.

When to go on a photography holiday in the Dolomites

Holidays run in June, when the winter snows are receding from the valleys and meadows, and October, when the forests are a striking patchwork of red, brown and gold. June is all about the wildflowers and the alpine spring, says James. In October the Dolomites are less accessible, as many hotels and lifts are closed, but the wonderful autumnal colours in the trees make this another of my favourite times to be there.

Whenever you go, pack layers, sunglasses and especially, wet weather gear. John Cigusis travelled in mid-June and said: It rained briefly nearly every day later in the afternoon. The mountain tops still had snow and meadows were green with flowers. A traveller needs clothing for rain, warm and sunny, and cooler temperatures. Light hiking shoes should suffice for on trail hiking.

James Rushforth knows the vagaries of the Dolomites weather as well as anyone: Its always mixed, because its a mountain range, but dont assume you wont get any good photos if the weather doesnt play along. We always try to head out in all weathers, and in fact some of my best photos have come about when I got a break in the clouds or a sudden ray of sunshine.

Call us for the best time to go to Dolomites 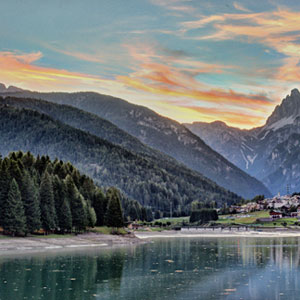 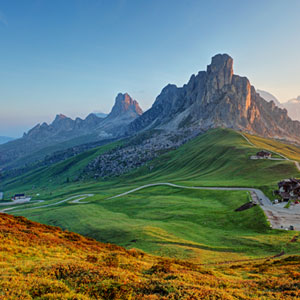 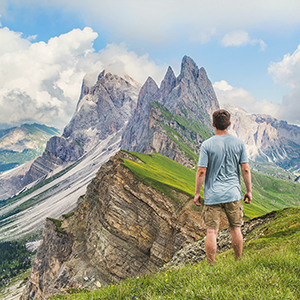