There is much to be commended when it comes to responsible tourism in Saint Lucia, with local initiatives helping to save sea turtles and reserves and bird sanctuaries helping to protect the island's incredible biodiversity. However the increase in visitors has put pressure on both the environment and local populations. Our responsible tourism Saint Lucia page highlights some of these issues and explains what you can do to help.

Saint Lucia has for the most part avoided the fly-and-flop beach holiday clichés, becoming known instead for its natural beauty, hiking and birdlife. While resorts do exist, the strict controls on the height of buildings plus the Queens Chain  a historical law declaring that all land within 57 metres of the high tide mark belongs to the people of Saint Lucia, who must be granted access  have ensured development is controlled and inclusive. That being said, the number of resorts crowding the northern shores mean that seekers of nature and solitude should head elsewhere on the island.

Bananas were Saint Lucias largest source of income for decades, but this has been overtaken by tourism, which accounts for 65 percent of GDP. The big question is whether it can retain its niche, high-end share of the market. Saint Lucia may be a beautiful Caribbean island, but around a fifth of its population lives below the poverty line and is extremely vulnerable to the effects of natural disasters, as well as world events outside of their control; the drop in visitors following 9/11 resulted in bankruptcy for many businesses.

On an island with more than three times as many tourists as residents, all visitors have a lasting impact on Saint Lucias environment, its economy and its culture  and with that comes a responsibility to ensure that the impact is a positive one. 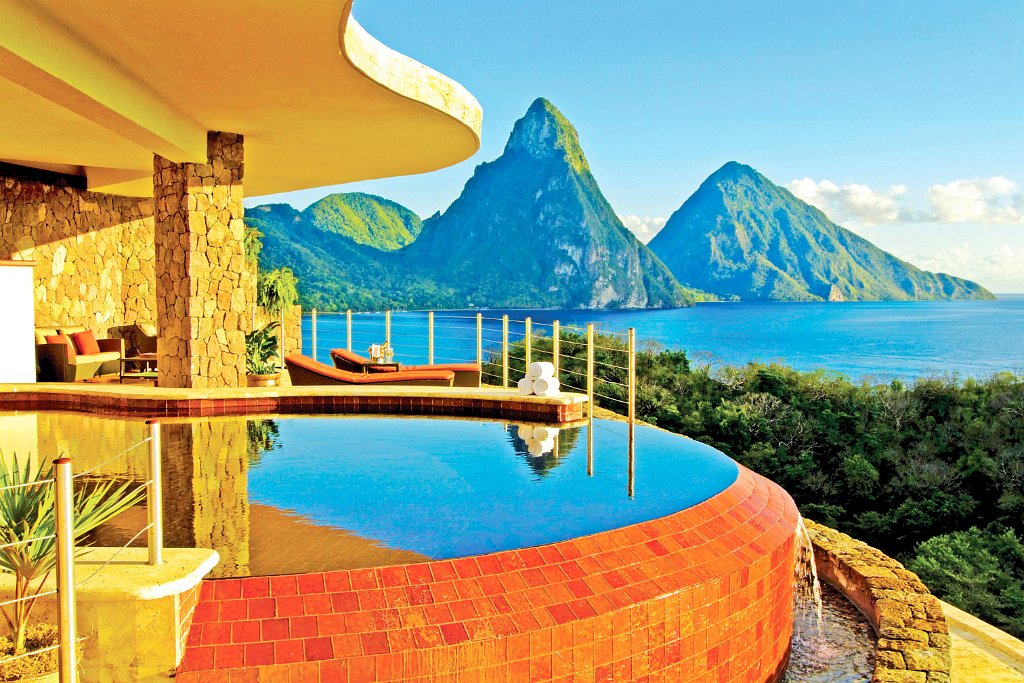 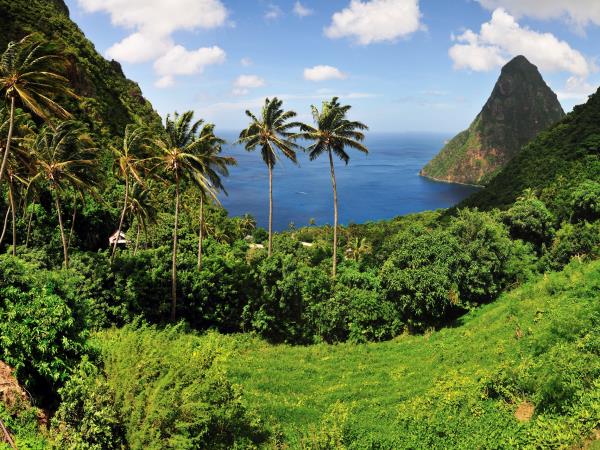 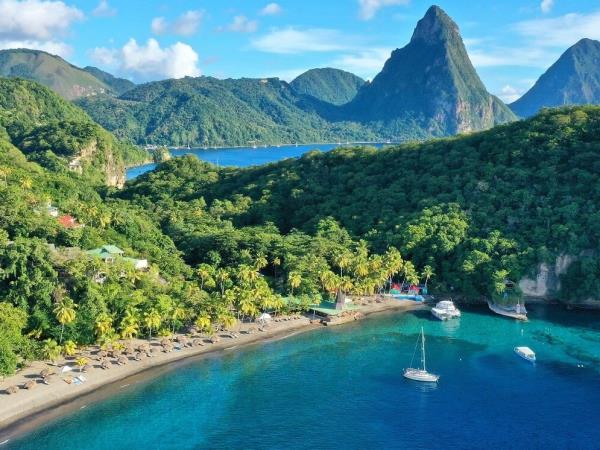 One of a kind, environmentally conscious Caribbean resort

Saint Lucias Heritage Tourism Programme was founded in 1999, with the aim of celebrating local culture and putting tourist money into local pockets. This, in turn, supports the conservation of Saint Lucias unique heritage; from cocoa plantations and Creole cuisine to vibrant festivals and Amerindian archaeology. Local people are encouraged to become tourism entrepreneurs, and to feel a sense of pride for their Caribbean culture. Creating employment and opportunities in remoter parts of the island also reduces the migration of young and educated people to the north, spreading the wealth to where it is most needed.

What you can do
Perhaps a better question would be  what cant you?! Saint Lucias heritage is varied  with little explored natural attractions and a fascinating and inviting culture.

Two of the least responsible tourism models exist in Saint Lucia  all inclusive resorts and cruise ships. Both bring large numbers of people to the country, but with little benefit to the local economy. All inclusive resorts generally create limited local economic advantages and have a large environmental footprint.
Large cruise ships are another mass tourism offender. There are numerous ways in which these floating cities impact negatively on the destinations they visit and on the oceans themselves. They disgorge thousands of tourists at Saint Lucias cruise ship terminal, which stresses infrastructure but delivers little economic benefit. They are polluting and often have a bad record when it comes to treatment of staff. Find out more about why we dont support or market holidays on large cruise ships.
What you can do
If you like the idea of a resort, seek out those that operate responsibly. The best resorts build a loyal and skilled local workforce, reduce energy costs and waste, source fresh local produce and offer an exciting range of sensitively planned excursions. This model benefits the destination, the local people and the tourists.
You wont struggle to find small, locally run accommodation in Saint Lucia either, so do seek that out as an alternative to resorts and all inclusives. These not only keep money within the local community, they deliver a really personal and intimate experience of the destination.

Back from the brink

The saving of the Saint Lucia parrot – whose numbers were once as low as 100 – is a Saint Lucia success story. The island’s only parrot – which also happens to be one of its five endemic species – has gone from being hunted to being a national hero, the national bird and a tourist draw. But many endangered species inhabit Saint Lucia’s forests and surrounding ocean, and their survival will be due to both local awareness campaigns as well as responsible tourism.

One example is the sea turtle. Green, hawksbill and leatherback turtles nest annually on Saint Lucia’s shores, their tiny hatchlings emerging weeks later. Illegal sand mining, the poaching of eggs and of the turtles themselves and being accidentally caught in or injured by fishing nets all threaten these creatures, but the fantastic work of committed conservation groups created in collaboration with the Saint Lucia National Trust is ensuring a safer future. They raise awareness in local schools and communities, and campaign for harsher penalties on those found to be breaking the law. They also organise nightly patrols to watch over the nesting leatherbacks in the Grande Anse Marine Reserve.

Further inland, there are a number of reserves which protect Saint Lucia’s rainforests and mountains. Edmund and Quilesse Forest Reserves protect thousands of acres of tropical rainforest and are managed by the forestry department, who can issue trekking permits and assign expert local guides. The Millet Bird Sanctuary shelters all five of Saint Lucia’s endemic bird species; all of these protected areas offer walks of varying lengths and difficulty, and the chance to learn about endemic plants and their medicinal uses.

What you can do
Visiting any of the reserves or sanctuaries listed above provides income to fund rangers, research and management of these protected areas. Doing so with a local guide also supports local naturalists – and demonstrates the value of nature-based tourism.

Take a step further by donating money to one of the sea turtle conservation initiatives – or take a sea turtle tour with accredited guides, and your money will go back into the initiatives that are helping to protect these creatures. Alternatively, volunteer on the night patrols – counting eggs, marking nests, measuring the turtles and deterring poachers.
James Crockett, from our supplier Jus Sail, highly recommends supporting local initiatives: The Grande Anse Sea Turtle Conservation project is well worth supporting, they are now receiving donor assistance and need visitors. The Mankote Mangrove project near Vieux Fort should be up and running by winter 2015  and will also be worth supporting.

James Crockett, from our supplier Jus Sail, highly recommends trekking with a local guide: Certainly do a hike in the rainforest, with a certified and registered guide, who tend to be excellent, passionate and dedicated. 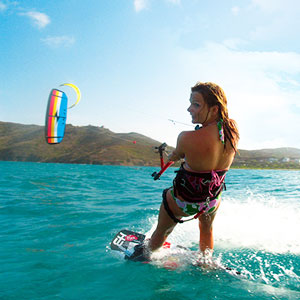 Best time to go to St Lucia
Spring into early summer is the best time to visit Saint Lucia - missing peak season as well as the annual rains. 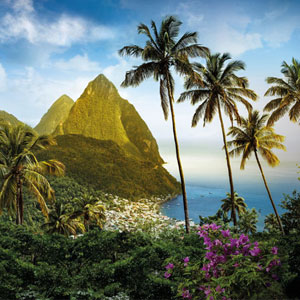 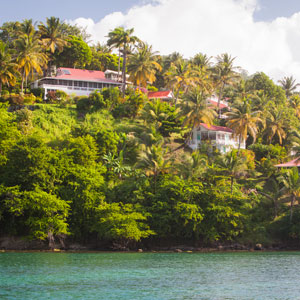 Places to visit in St Lucia
Saint Lucia may be a small island, at just 43km and 23km wide, but theres plenty here to keep you occupied, from white sand beaches to chocolate farms to frolicking dolphins to sailing along with the trade winds - take a look at our interactive map to see out top Saint Lucia highlights. 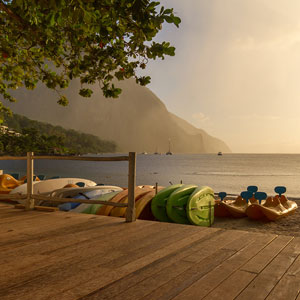 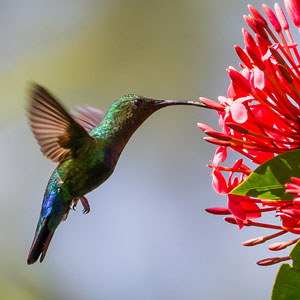 Bird watching in Saint Lucia
When it comes to avian experiences, this tiny Caribbean isle is a tropical treasure trove of tweeters, thanks to its thick forests, wetlands and coastline. 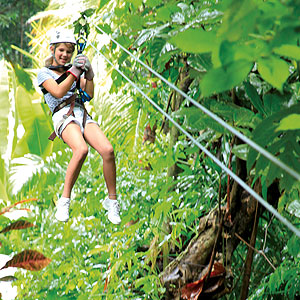 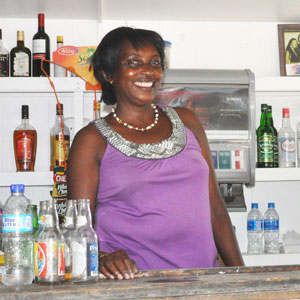