Walking in Snowdonia National Park is not a walk in any old park. This is the realm of Wales highest mountain, after all. To be fair though, even its seventh highest peak, Pen yr Ole Wen (978m), is on a par with the highest that England has to offer. Find out recommended walking routes in Snowdonia, as well as where to stay and how to stay safe whilst walking and summiting in the shadow of Snowdon.

Escape into the heather-clad moors and plug-like volcanic outcrops of Snowdonia National Park and youd be forgiven for assuming that this remote regions tracks and footpaths would be known the world over. Theyre not, of course. In fact many of Snowdonias walking trails are known only to the local dog walkers, bird watchers, rambling groups and professional walking guides.

On a small group walking holiday, your guides will almost always live in the local area. This is because theyve known many of the parks trails since they were a babi bach and as such they exude an enthusiasm and a passion thats the same as if they were welcoming guests into their own back yard. This always makes the entire experience more enlightening, and safe, as well as allowing walkers to find out which local pub serves the best pint of Purple Moose or where you can buy some Black Bomber cheese.
See all our Snowdonia Holidays 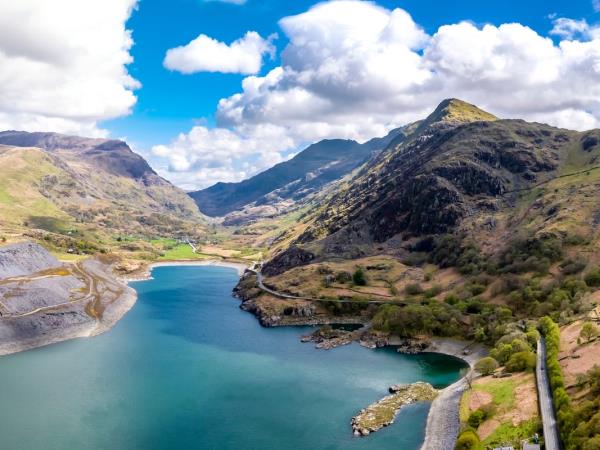 Exploring the pathways over hills and through valleys 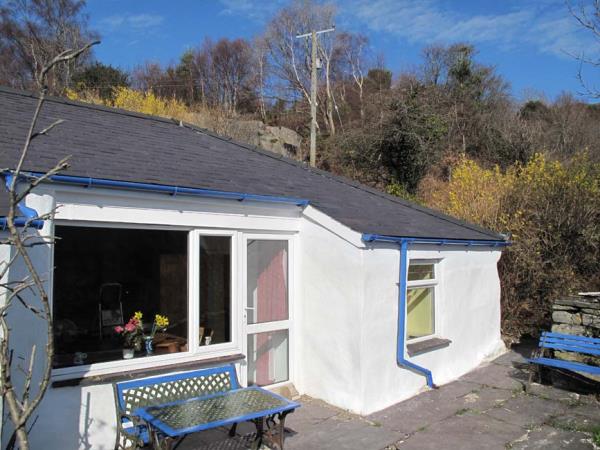 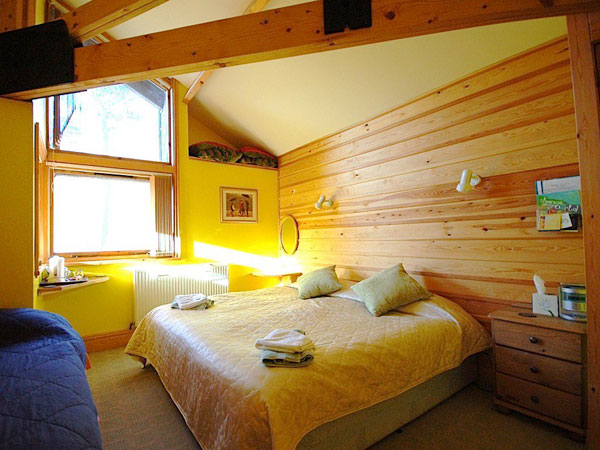 Snowdonia self catering accommodation in Wales 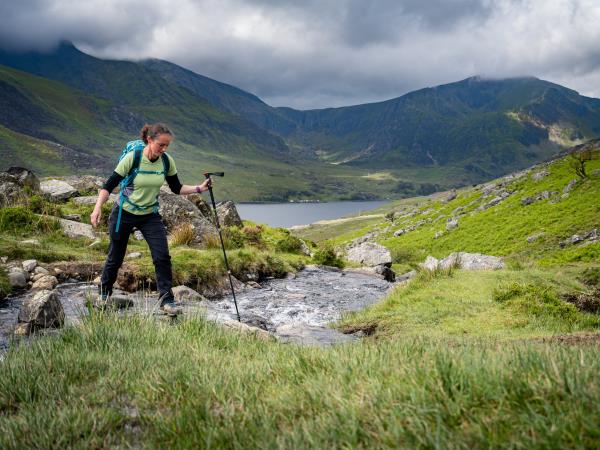 There is one summit, however, that stands out as something of an international celeb. One thats considered a challenge, albeit an achievable one, and is perhaps starting to gain a bit too much attention, truth be told, especially during the summer months. Its Snowdon, of course, all 1,085m of it.

You dont need a guide for Snowdon in the summer, and you can even take a train to the top, and back down again, if you wish. This accessibility explains the mountain's popularity, but she still has her secrets. There are several paths to the summit that are a lot tougher, more technical, than the popular charity walker routes. In the winter, also, what was once considered easy going might well be treacherous, especially if undertaken without the correct gear. To make life easier, organised walking holidays here tend to only run from April to October.

If youre looking for recommended walking routes in Snowdonia National Park, as well as some of Snowdons lesser known summiting trails, as well as some top tips on safety, then grab a slab of mint cake, tie up your laces and read on because theres only one way were going  and thats right to the top.

There are plenty of villages to be found in the heart of Snowdonia National Park that have become synonymous with walking holiday makers and outdoor enthusiasts. Places like Capel Curig, Llanberis and Betws-y-Coed, close to the confluence of the Conwy, Llugwy and Lledr rivers.

Visiting these central hubs or, even better, staying nearby, is like placing yourself in the middle of a giant spiders web of walking trails with various distances, gradients and degrees of difficulty all to be discovered, if you know where to look. The start of numerous walking trails which wind up into the mountains and across high ridges can often be discovered behind a village pub or next to the church  if you werent aware of their existence then you just wouldnt notice that they were there.

For instance, did you know that on a clear day you can see practically all of Wales highest peaks from the top of Moel Siabod? The 12km walk from Capel Curig takes you to Siabods rocky summit through peaceful riverside woodland before requiring a slight scramble to reach the grit stone ridge. Theres also an easier, less technical, walk to the top  the views are exactly the same no matter how you choose to arrive.
You can also find a walking trail to the top of Pen yr Ole Wen from the shallow, stream-fed, Llyn Ogwen, a winding ribbon lake thats as steeped in scenery as it is in the legends of King Arthur. Pen yr Ole Wen is as tall as the highest peak in England although it only ranks as seventh tallest in Wales.

From abandoned slate quarries to views out to Cardigan Bay and opportunities to scramble to the top of Tryfan, Bristly Ridge, Devils Kitchen and Gribin Ridge, the best walking routes take you to places that you might otherwise have missed.

Claire Copeman from our Snowdonia walking holiday specialists, Adventure Tours UK, shares some of her favourite walking routes: Personally I love a quick lap of Llyn Idwal. It's a gorgeous spot and feels thoroughly wild and remote, yet you can do a circular walk in just 1.5 to 2 hours. Another gorgeous long walk I did just last week was the full length of the Carneddau range. Starting at Pen yr Ole Wen it's a long old hike up to the first peak and then a steady hike across this vast plateau. A particularly rewarding route down is to follow the river to the famous Aber Falls.

Snowdonia self catering accommodation in Wales

See all our Snowdonia Holidays
Travel Team
If you'd like to chat about Snowdonia or need help finding a holiday to suit you we're very happy to help.

Best-reserved for walkers with a high degree of fitness and plenty of hiking experience, the 14 peaks route encompasses Snowdonia’s highest mountains, all of them over 900 metres. It’s not as exhausting as it sounds though, when completed over three days. You’ll be walking for between eight and ten hours each day and this is a route where the services of a local guide are worth their weight in Black Bomber cheese. Claire Copeman has been there, done that, earned the bragging rights. “The 14 peaks is epic, such a challenge and easy to underestimate, but such a brilliant feeling to complete. Conquering Crib Goch was an amazing personal achievement for me, a ridge I’ve always avoided. It’s best done with a guide. With our 14 Peaks holiday, we wanted to give people the chance to tackle an iconic and challenging route, with the best chance of success and also to learn about the area’s nature, history and geology at the same time, so you get the story of the area as well as a safe pair of hands.

Point to point or centre based?

Although it is possible to hike from one village to the next in Snowdonia, it can be a bit of a faff when it comes to unpacking and packing your bags every night. A much better option is to stay in one place and return each night to a welcoming log burning fire, Welsh slate floors and comfy sofas.

Just down the road from Betws-y-Coed is Capel Curig, a village central to Snowdonia's walking trails and mountain routes, and a well respected base for anyone looking to make the most of the great outdoors. At least one of our small group North Wales walking holidays uses an award-winning hostels as its base. Others might use a 3* hotel in Llanberis, or even include a little glamping. Wherever youre staying, you can expect it to be conveniently close to the trailhead and surrounded by lovely views. Which kind of goes without saying. You are in Snowdonia after all.

For many walkers there's only one reason to stay in Capel Curig, and that's Snowdon, but if you think there's just one way to get to the top then here's where you find out a few more:

There are several trails leading to Snowdon's peak, some more technical than others. All of them are stunning, though and all of them rewarding. Join a small group guided hiking holiday and your guide will take into account several factors before deciding which route, including the weather on the day, and the group's ability. Snowdon is a very popular hike, so the guide will also use his or her knowledge of the routes to avoid other walkers as far as possible.


How to stay safe when
walking in Snowdonia 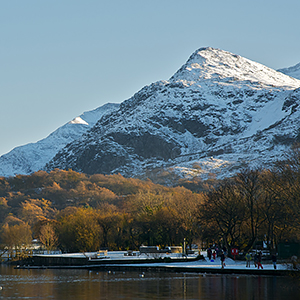 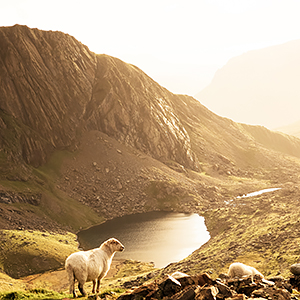 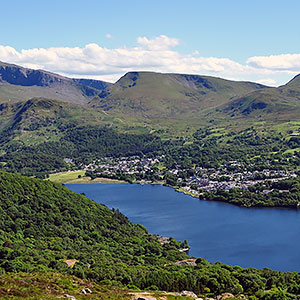 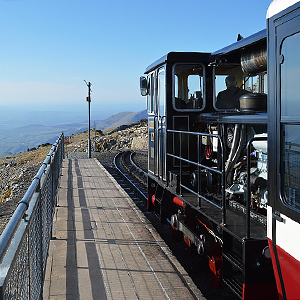 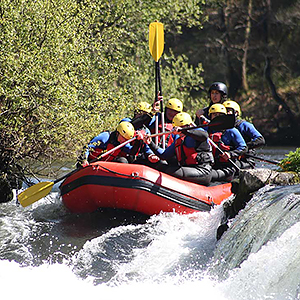 Multi activity holidays in Snowdonia
Snowdonia National Park is one of Europes top outdoor activity areas with a wonderful array of wet and wild options to keep small groups safe, smiling and satisfied all day long. 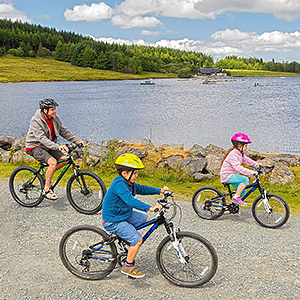 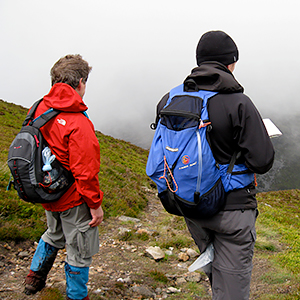 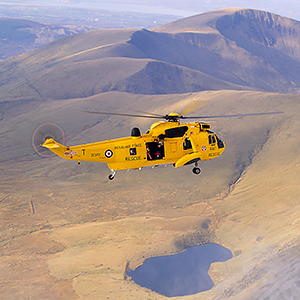 Contrary to perceptions, Wales isnt really all that wet, at least not compared to the rest of the British Isles.