Tourism is growing fast in Vietnam, a country with a dark history that is looking towards a bright future. But there are plenty of issues to keep in mind when it comes to responsible tourism in Vietnam - from the overcrowding and pollution of UNESCO-rated Halong Bay, to the fair treatment of Hoi An's skilled tailors. Read our tips below to find out how to travel better in Vietnam.

Vietnam is a country very much in recovery; though the war may have ended four decades ago, its effects linger on. US sanctions  lifted only in 1994  have stunted the countrys economic growth; unexploded landmines plague farmers and children; and land poisoned by chemical weapons remains unable to produce much-needed food. Faced with these horrors, its a wonder that the Vietnamese culture remains as vibrant and enticing as it is  but its also understandable that their need for employment and sustenance often takes priority over the conservation of their landscapes, as tourism development marches on, unchecked, and is now spreading into some of the most pristine regions.
There is still much to celebrate here  the forests, coastline, islands and traditional villages are astonishingly beautiful, and visiting these places in a respectful way contributes to their conservation  as well as showing the Vietnamese people that tourism can be carried out in a way that gives back to the land and culture, rather than taking from it. 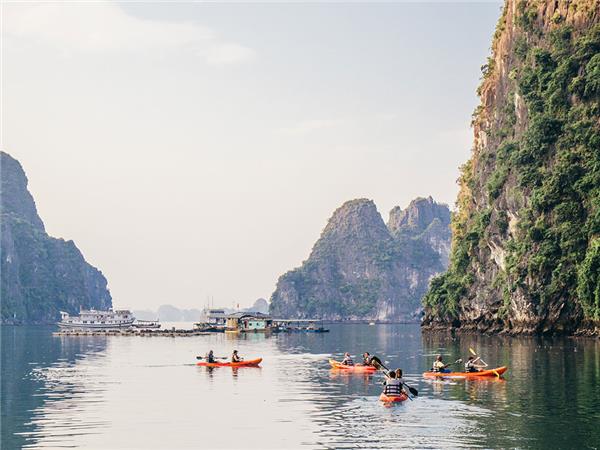 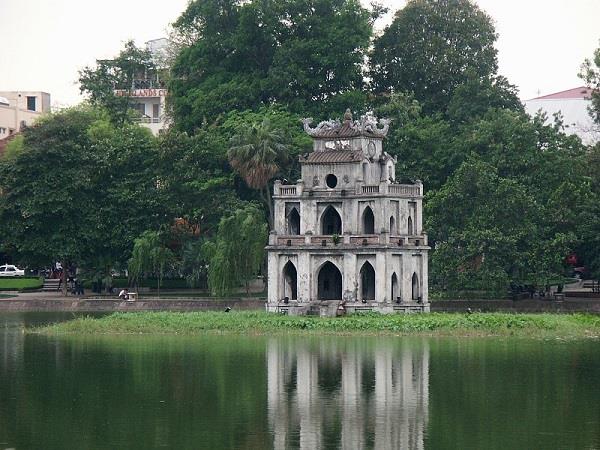 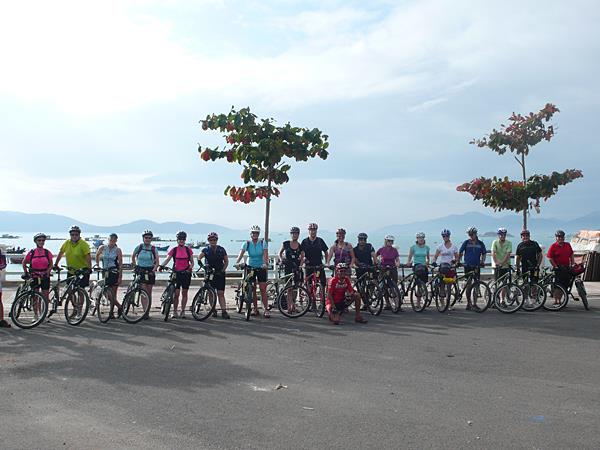 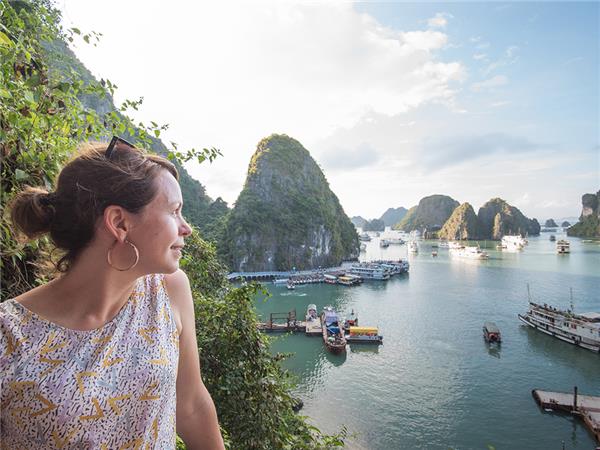 A magnificent journey of discovery 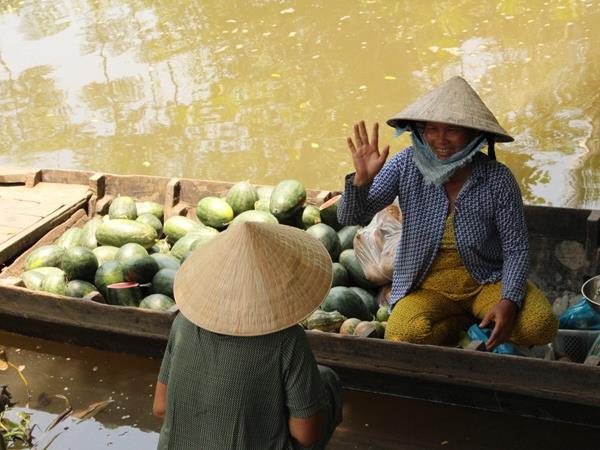 From bright lights, to beaches and junk boats. 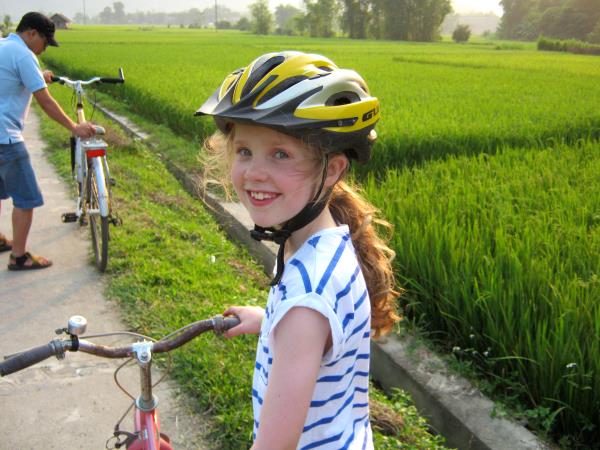 A fabulous family holiday including the best of Vietnam

The UNESCO World Heritage Site of Halong Bay is simply gorgeous  the largest marine karst landscape in the world has some 2,000 sugarloaf limestone islands rising from its waters, and each day thousands of tourists flock here to photograph the spectacular views, cruise out to secluded beaches and kayak through fairytale caves.

However, if you look that bit closer the story is rather different. Litter bobs around in the bay along with dead fish and raw sewage. Swimming is not an option in many areas, and youre unlikely to have these secluded islands all to yourself  you may well be sharing them with dozens of other boats. Even the air is hazy with pollution. Sadly, the local government has not capped the number of tourists of boats who set out into the bay each day. Instead, they have created plans to resettle local fishing communities  some of whom live in floating villages  inland, apparently to prevent them emptying wastewater and trash into the water, despite the traditional culture being as integral to this landscape as the karsts themselves. Halong Bay is still very much worth seeing for yourself  but only responsible tourism will be able to return the bay to its full glory, and protect the communities who are its custodians, so be sure to travel right.
What you can do

Choose an operator with a responsible tourism policy. Ask about their methods of disposing of trash and wastewater, and whether they invest in any local clean up initiatives. Find out if the staff are local  many of the fishing communities around the bay are no longer able to fish  as the sealife is dying, and the waters polluted  so employment in tourism is a way of sustaining their floating communities.

Dont just stay on your ship. Find a tour which visits local communities, and which allows you the chance to interact with the people and spend money by buying refreshments or crafts.

If your boat crew or guides throw litter into the bay, report this to your operator and shout about it on review sites and social media. The word will spread that tourists demand responsible practices, and more will begin to follow suit.

Take a two-night cruise rather than one night  this allows you to sail further and to reach some of the more pristine bays and islands, beyond the pollution and litter. But remember  once there, you are responsible for keeping it this way.

Vietnams legacy of hardship continues to spill over into the next generation. Child trafficking  for slavery or the drugs trade  is a serious concern here, and Vietnam has one of the highest numbers of children forced into the sex industry in the world. Tourism is a major contributor to this, as around 15 percent of females associated with prostitution under 18. Note that we do not refer to these young people as 'child sex workers' or 'child 'prostitutes', because as campaigning organisations have rightly pointed out, these children are not working. They are victims of abuse and rape. Indeed many children are now being trafficked  kidnapped or sold  to be abused overseas as well as in their home country.

Dont assume that if you are not in Vietnam to take advantage of its children, then you are not part of the problem. Laws in Vietnam are not adequate to protect children, and there is no explicit criminalisation of child sex tourism  so making a stand when you can is a crucial part of the fight against it. Some hotels, bars and restaurants will have signs or information in their menus stating their commitment to stamping out child prostitution  so try and support these if you can.

If you see western tourists with local children, or a Vietnamese child being brought into a hotel by a local adult, report it to the owner of the hotel or restaurant. It may be entirely innocent, but any ethical business will at least enquire. If they fail to act, take your business elsewhere, or if you are very concerned that the child is in danger, report it to the Vietnam Child Helpline on 0084 1800 1567 (toll free), run by Child Helpline International.

The best way to stamp out child sex tourism is to provide an alternative for the children. Social enterprise projects train and employ kids and young adults from disadvantaged backgrounds to prevent them from having to turn to this kind of work.
Kian Rackley, from our supplier Insider Journeys, explains more:

"Social enterprises are springing up all over Vietnam  theyre one of the best ways to give back, as well as having some pretty good Vietnamese food! STREETS International in Hoi An takes in and trains disadvantaged children in a Jamie Oliver-style restaurant, covering all aspects of hospitality from waiting on tables to being a chef. It results in a recognised diploma. Learning English is paramount, so they also take small groups of travellers into the markets each week to practice. There are two similar restaurants in Hanoi and Saigon called KOTO, which means Know One Teach One. In Hue, an organisation called Spiral focuses on disabled children and young adults. They recycle things that you can find on the street into jewellery and then sell it. All of the money goes into funding heart transplants in Central Vietnam."

Tailor made  at what cost?

There is much valid criticism of the appalling treatment of workers in garment factories by high street clothes shops  but many visitors come to Vietnam and treat their tailor in the same way. Hoi An in particular is famed for its streets lined with skilled tailors  but just because you are in Vietnam, dont assume this is a green light to argue for low prices and impossible deadlines.

Hoi Ans tailors all face enormous competition, and for some of the lower end shops, prices are pushed down further and further to attract customers. Bartering is all part of the process  but be sure you do it fairly. Try and get a discount for commissioning three or four items, rather than one. Additionally, prices range wildly, as does quality  if you are going to haggle over a price, be sure youre not doing so with a tailor whose prices are already barely high enough to cover costs.

Allow enough time for the clothes to be made  including at least two fitting sessions and adjustments. If you order clothes in the evening and are told you can pick them up in the morning, someone is clearly working through the night to finish an item of clothing to fit in with your tight travel itinerary  and probably being paid very little, possibly without breaks. So allow two or three days, and check that the work is not being done overnight.

Kian Rackley, from our supplier Insider Journeys, explains:
"In the city a child might ask for money in exchange for carrying something or selling postcards, or in the countryside children will do a handstand on a water buffalo and everyone takes a photo... but then of course the child expects cash in return. The problem is that more often than not theyve actually been sent out by their family, so if you do give them money then youre endorsing the enterprise. Its always a personal choice, but we tend to advise travellers not to hand over cash or take photos in those situations."
Vo Thi Bich Ha, from our supplier Haivenu, is from Vietnam. She shares her Vietnam travel advice on adjusting to cultural differences:
"Parts of Vietnam are not very developed and you can see vendors and beggars. You need to learn how to say no politely and happily  but firmly, so that they know that you are not a customer. Even if you just give them a glance, they can really become an annoyance. But just say no politely, and show absolutely no interest in what they are doing, and they will walk away. Dont get annoyed with them  this is how the society works in Vietnam, and people are just trying to make a living." 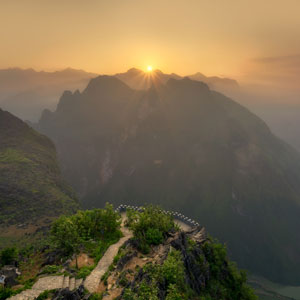 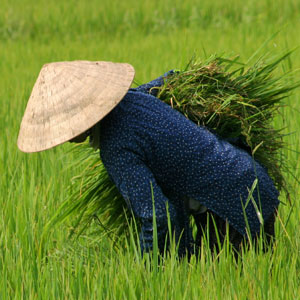 Vietnam travel guide
Our Vietnam travel guide reveals how to explore the Mekong Delta, get out on the waters of Halong Bay, traverse this long country by train, and meet the hill tribes of the north, for an unforgettable Southeast Asian holiday. 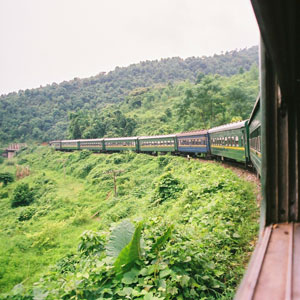 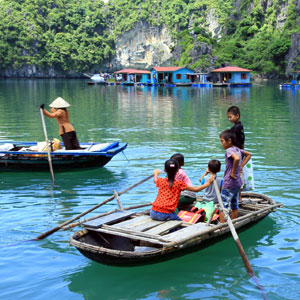 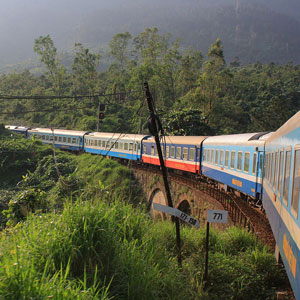 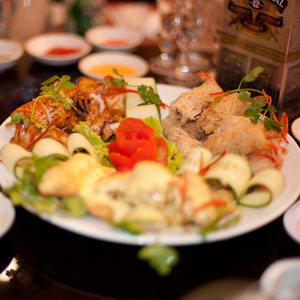 Cooking & food holidays in Vietnam
It is within the kitchens, the markets and on the streets where you'll discover the one true tie that describes Vietnam's cultural identity: its food... 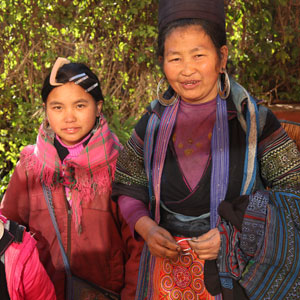 Vietnam Hill Tribes
Discover the tribes, villages and cultural travel tips that will help you travel like a local in Vietnam, way beyond the stream of tourists... 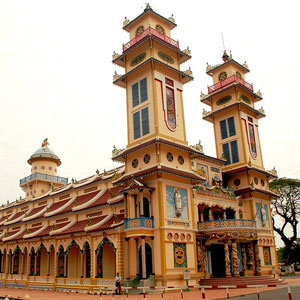 Vietnam history
A Vietnam history tour will take you from the Hanoi Hilton to the Cu Chi tunnels with no end of important key historical sites in between... 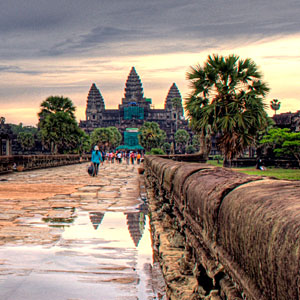 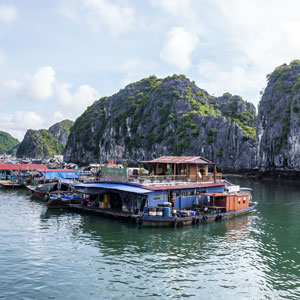 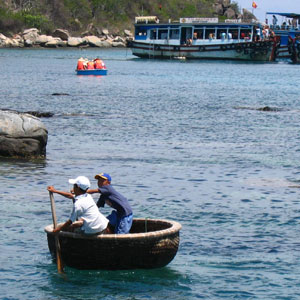 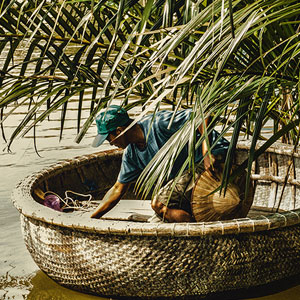 Vietnam travel advice
If you're wondering how to find secluded beaches and whether you'll be hassled by street vendors, our suppliers have shared their top Vietnam advice... 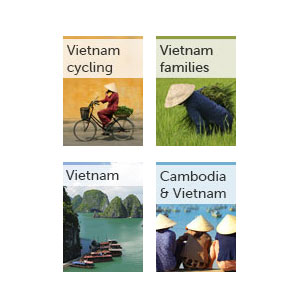