The global population of the endangered snow leopard is thought to be no more than 9,000 or so, with some of the largest populations found in the under-explored mountain ranges of Central Asia. Snow leopard tracking in Central Asia takes you from Kyrgyzstan to Tajikistan, with skilled trackers and conservation experts ensuring that your chances of sightings are excellent, while the accommodation in such remote areas is not as basic as you might assume.

One of the most sought-after places in the world for those hoping to see the elusive snow leopard in the wild has always been the mountainous Ladakh region, in India-administered Kashmir. In August 2019 however, a controversial act of parliament to make Ladakh a union territory resulted in a tense security lockdown which has majorly disrupted travel to the region and continues at the time of writing (October 2019).

While hoping the situation in Kashmir is resolved soon and peacefully, we also note that snow leopard tracking in Central Asia, specifically the Ala Too and Pamir mountain ranges of Kyrgyzstan and Tajikistan, makes for a superb alternative. The region is less well-known perhaps and still with its own accessibility challenges, but it also boasts healthy populations of these mysterious and fascinating big cats, and responsible operators are developing superb itineraries that combine highly skilled tracking with vital conservation efforts and a hint of unexpected luxury.

There are thought to be between 250 and 300 snow leopards in Tajikistan, and up to around 400 in Kyrgyzstan. Usually keeping to higher altitudes where it would be next-to-impossible to find them, in the winter months they are forced to come lower in search of prey, and this is where expert trackers come in. The best way to locate a predator is often to simply base yourself where its prey is, so youll follow Asiatic ibex, Tajik markhor (goats with distinctive corkscrew-shaped horns), Marco Polo sheep and other key prey species for the snow leopards, lynxes and Eurasian wolves too, in these rarely explored mountains. Other wildlife that you may well encounter includes wild boar, Bukhara urial, as well as vultures (bearded and griffon) and golden eagles. As youll be travelling mainly on foot, the animals will hopefully remain undisturbed by your presence enabling you to witness enthralling natural behaviours. Essentially, this destination is a dream for wildlife photographers, especially those with patience and luck on their side.
Trips use local guides (not only do you benefit from people that have known these areas since childhood, but you are providing employment opportunities) and also operate in close partnership with local conservation organisations  you may assist with setting camera traps and sightings will be recorded. Climate change is leading to shrinking habitats for snow leopards and many other predators, which in turn leads to increasing conflicts with humans. Responsible wildlife tracking tours such as this demonstrate the value of conserving these incredible creatures. Its possible you may also visit a school to watch as children learn about why key predators are so significant to the regions wider ecology  you may be some of the first English speakers these children have ever met.
Youll begin in the pine-covered hills of Chon Kemin National Park in Kyrgyzstan, a true wilderness where the silence is deafening, before flying on a few days later to Tajikistan then transferring, past views of Afghanistan, to a small conservancy that has the highest ever recorded density of snow leopards, with 10 individuals in a 100km² area. Spotters will be out and about before you arrival to maximise your chances of success  these are not inexpensive trips and for many travellers they are bucket list experiences, so while sightings can of course never be guaranteed, no effort is spared.
See all our Wildlife tracking on foot Holidays

Our Wildlife tracking on foot Holidays 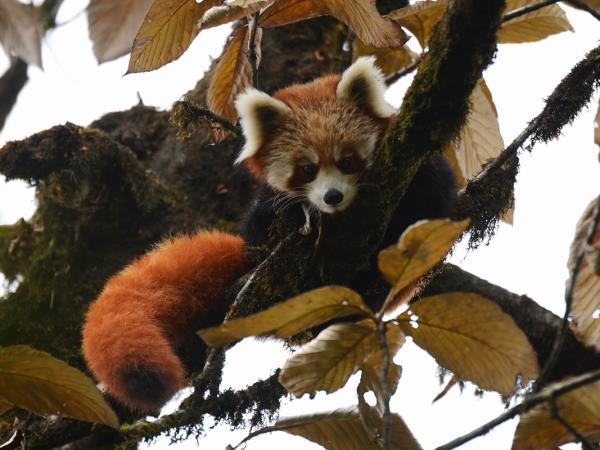 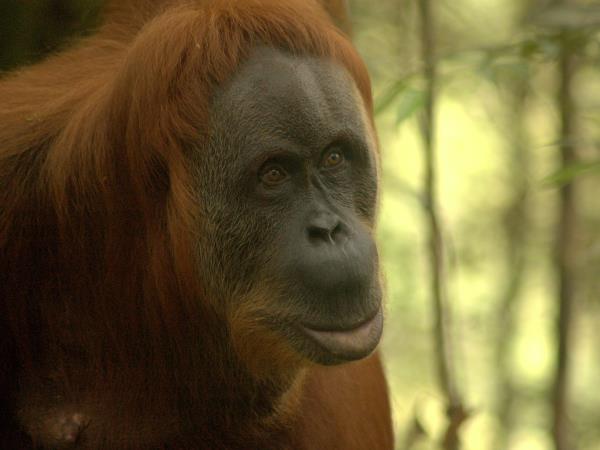 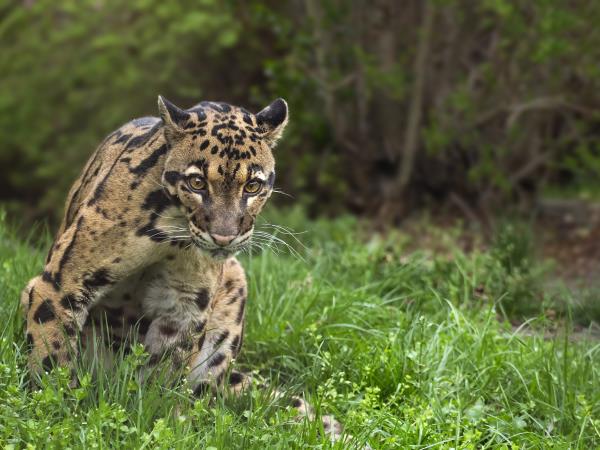 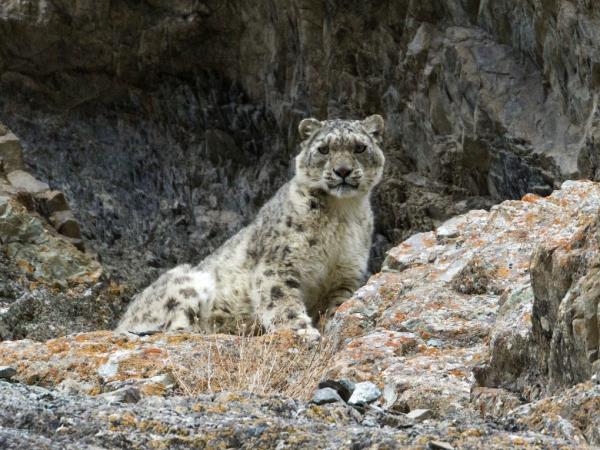 Snow Leopard tracking in the Himalayas

Join expert guides and track snow leopards in the Himalayas 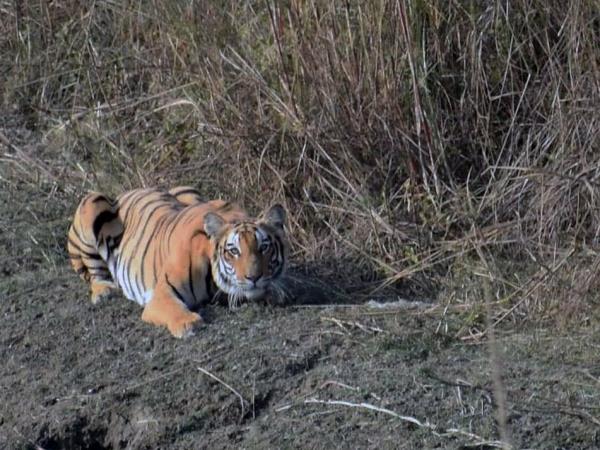 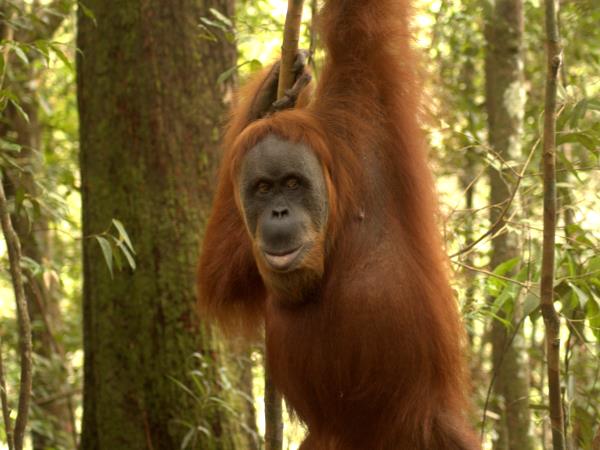 As Marley Burns from operator Silk Road Adventures says, the aim is to provide you with luxury experiential travel. For the bulk of the trip you are going to be based in very remote areas where your accommodations, typically mountain cabins, are going to be basic. You can however expect a few comforts: good quality bedding with soft duvets, fresh linen and fluffy pillows, excellent food and wines brought in, and a welcoming G&T when you get back every evening. There is even the chance of a Russian-style banya sauna to warm up in. Nine nights on the trail are bookended by 5* hotels in Bishkek and Dushanbe.
Expect plenty of early starts and late finishes, because again you want to have as many chances to see the leopards as possible. Bringing your own spotter scope or binoculars is highly recommended. You will travel with a specialist ranger team, as well as a senior representative of the operator, and get between locations in high-spec 4WDs. In instances where the snow is too deep to drive you may take to horseback.

From £2395 10 days ex flights
Tailor made:
This trip can be tailor made throughout the year to suit your requirements

In this part of the world, the biggest threats historically to the snow leopard were hunting and poaching from livestock farmers that have moved into the cats territory. Today though its climate change, shrinking the mountain habitats of them and their prey and increasing the chances of conflict with humans. Wildlife tracking holidays help with conservation efforts directly by showing local people the value of these animals alive rather than dead.

Snow leopards are particularly difficult to spot among big cats, and there is a big cachet in finding them, the apex predator, in their natural environment rather than just on a well-worn track. The big appeal of this kind of trip (wildlife tracking on foot) is the thrill of seeing them without them being disturbed at all by our presence. Yes its difficult, yes you have to work for your sightings in cold, harsh mountain environments, but if and when you get your sighting, its immensely satisfying and a world apart from your traditional safari.

Trips like this have a powerful positive impact on the local economy, and conservation efforts, but there is an element of roughing it. In Tajikistan for instance you have one of the worlds largest populations of snow leopards and your chances of sightings are pretty good, but while in the capitals we use 5* hotels, the mountain hut accommodation is basic. Because these trips are not cheap, we aim to bring in additional comforts for our guests from good bedding to high end foods and wines, and you of course have that great Russian sauna. This is luxury experiential travel.

More about Wildlife tracking on foot 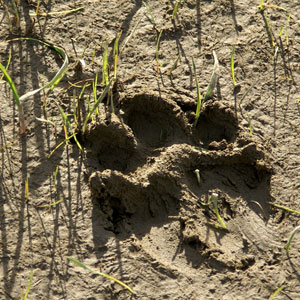 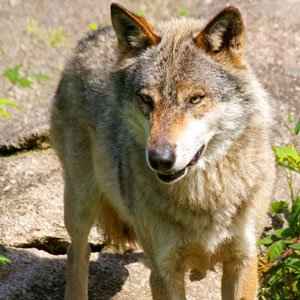 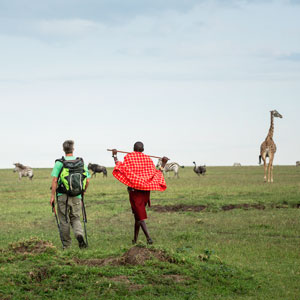 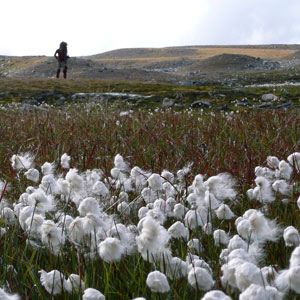 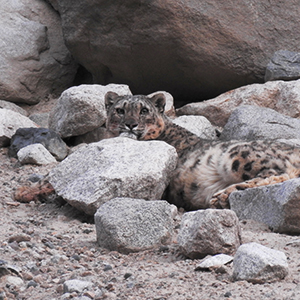 Ladakh Snow leopard tracking
Explore a true wilderness in company of expert naturalists and guides with snow leopard tracking holidays in the Himalayas, as you search the mountains for one of the worlds rarest and most majestic big cats. 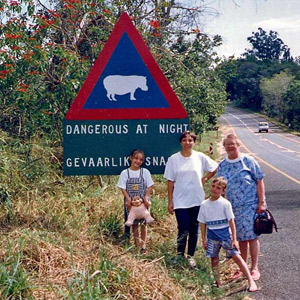 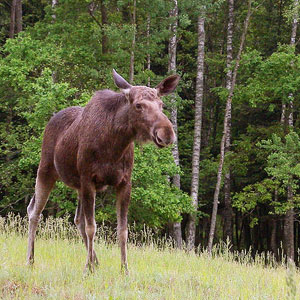