Our Andalucia travel guide is all about travelling like a local, as you learn what we rate, what we don't, and how to travel responsibly on your Andalucia holiday.

Seville historian Antonio Dominguez Ortiz believed multiple Andalucias lived in the minds of its people, alongside the map's singular geographic boundaries. Each drew on the spirit of contrasting landscapes: the Sierra Nevada's rugged peaks, laced with walking trails and rushing rivers; lush vales like Guadalquivir, living to timeless rural rhythms; and Europe's only shore facing both the Atlantic and the Mediterranean, pivoted around slender straits dividing Europe and Africa with just a few kilometres of gorgeous blue ocean.

That proximity saw Andalucia imprinted with Arab influences over five centuries of Moorish rule that made it Europe's centre of learning. Romans, Greeks, Phoenicians and Byzantines left even earlier cultural marks. Atmospheric ancient ports like Cadiz drew influences from the Americas, while arid Almeria stood in for a filmic Wild West. It may be part of Spain, but our Andalucia travel guide reveals a region revelling in a world very much its own.
See all our Andalucia Holidays

a perfect mix of unforgettable history and stunning nature.

a part of Spain where beach-life takes prominence.

For a unique accommodation, consider the cave. Caves are wonderful places to stay in Andalucia, fitted out in charming rustic style amid gorgeous natural surroundings. They stay shady and cool in summer and warm in winter, all completely naturally. Castillejar's caves are close to lush river valleys, lakes and a very attractive network of hiking/biking trails.

Sherry is Andalucia's liquid expression – gorgeous, distinctive and infused with rich history. Visit charming bodegas (sherry producers) in the production 'triangle' defined by Jerez, Sanlucar de Barrameda and El Puerto, and discover the magic of the ancient solera blending system. Marry chilled fino or manzanilla with seafood, or luxuriate after dinner with the smooth burnt raisin notes of Pedro Ximenez.

Almond blossoms are the star of Andalucia's technicolour spring flourish, sprinkling a glorious haze of ethereal pink blossom throughout the region in February and March. One of the best spots is Las Alpujarras but valleys and hillsides in many places present a bright carpet of wildflowers that lights up the Andalucian spring.
Rated

The southern cities of Seville, Granada and Cordoba are strangely timeless, transporting visitors back to the Moorish kingdom of Al-Andalus. The Alcazar, Alhambra and Mezquita may be amazing monuments, but modern life is just as magical  streets so narrow you can reach out and touch both walls, tiny doorways, exquisitely patterned tiles and the eerie sound of flamenco quivering through an open window.

Iberia's highest peak  the 3,478m Mulhacen  is just one of a host of 3,000m-plus mountains here, complemented by the terraced slopes of Las Alpujarras, fashioned by 8th-century Berbers. A renowned walking mecca, it's also dotted with small fincas and organic farmstays for those looking for a truly rural retreat. Nature lovers can explore the eponymous national park. Observatories dot the range, drawn by spectacular starry skies.

Get close to the timeless rhythms of traditional Andalucian rural life with a farmstay in a clutch of bucolic locations – and with varying levels of luxury. You decide if you fancy being hosted at places like an organic riverside B&B in the gorgeous Sierra de Grazalema or self catering in the splendid mountain scenery of Las Alpujarras.

Europe's driest spot still boasts over 1,000 plant and animal species  a starkly beautiful slice of Almeria dotted with whitewashed pueblos amid cacti-strewn plains and rugged hills that stood in for the Wild West in the 'Spaghetti Westerns'. Check out old gold mining memories around Rodalquilar  or bag a wide sandy beach all to yourself.
Overrated

Andalucia's coast is a little less tarnished by cheap package tourism bunkers than some others in Spain, but it has its share. Torremolinos is perhaps the worst example – a once humble fishing village turned into a shrine to horrendous overdevelopment, swamping any hint of Spanishness with 'full English breakfasts', Happy Hours and Sky Sports. And with an abundance of dirt cheap all-inclusives, how much foreign cash actually stays in this region is questionable.

Spain may be synonymous with “summer holiday” but it’s actually our least favourite time to visit Andalucia. It’s too hot and humid to walk or cycle comfortably, the beaches are at their busiest and prices rise. Come instead for the spring wildflowers, the warm light of Almeria in December, or the evocative scent of orange blossom in April. Delicious.

Europe's driest region is a lousy place to put 120 water-hungry golf courses (too costly for 99% of locals to play on). Sure, a few pioneering Andalucian courses now irrigate with recycled water, use special grasses that stay green on very little moisture, and actively encourage native flora and fauna their green swathe. But that still leaves over 100 that don't. 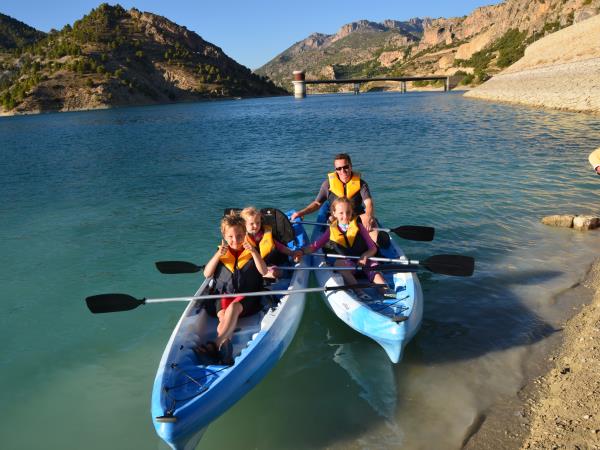 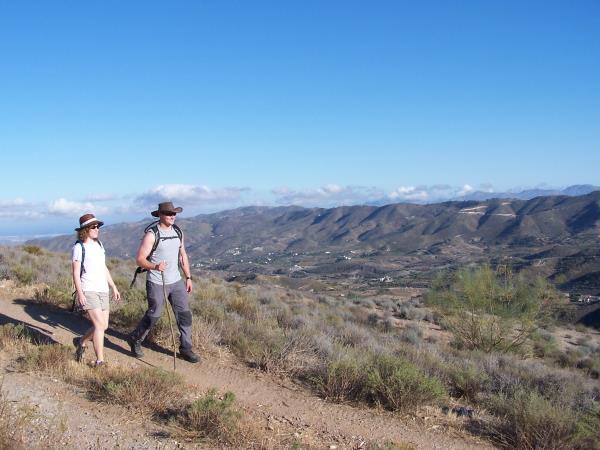 Moderate walking in foothills of Olive and Almond groves 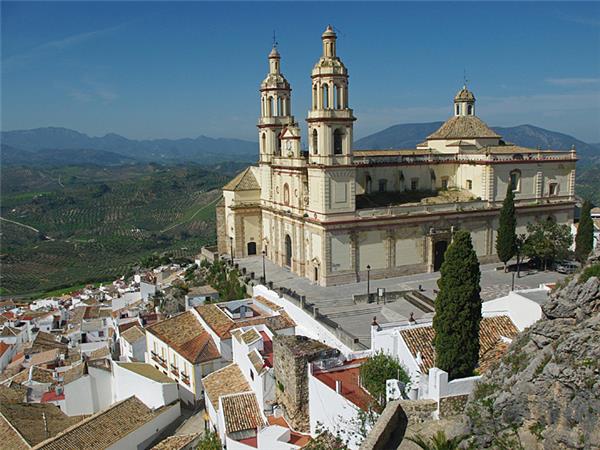 The olive groves and rugged hills of Andalucia 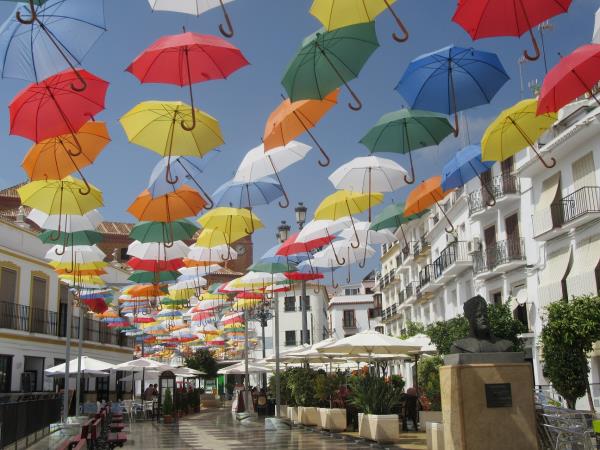 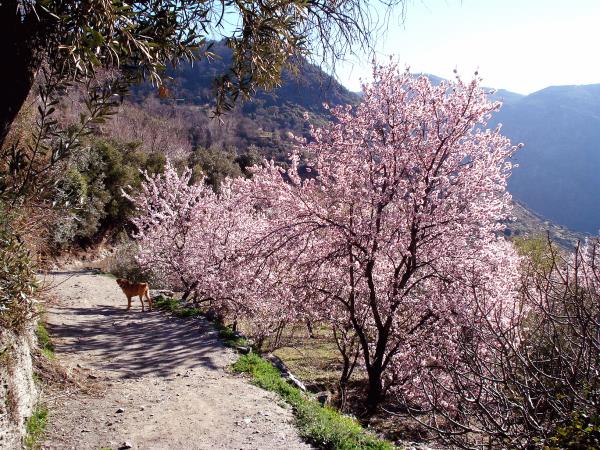 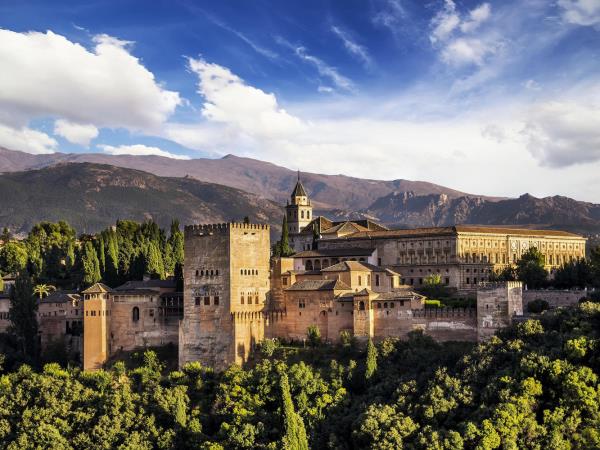 Self drive, mountains, cities and walking in Andalucia

Travel Team
If you'd like to chat about Andalucia or need help finding a holiday to suit you we're very happy to help.

Be seduced by sherry in the contrasting towns of Andalucia's 'sherry triangle': sophisticated Jerez, rough-edged El Puerto and sea-breezy Sanlucar.

Coquinas are delicious tiny clams from the Huelva and Cadiz coasts.

Salmorejo is a delicious cold soup for hot days, made from bread, olive oil and tomatoes.

Andalucia's anthem was inspired by a traditional harvest tune sung by peasants in Málaga, Seville and Huelva.

After so many flows of different peoples, Andalucians display commendable tolerance, especially in cities like Cadiz.

Centuries of Moorish rule left their mark on the land via terraces and sophisticated irrigation in places like Las Alpujarras.

Nearly 20 percent of Spanish vocabulary is based on Arabic words once spoken in Al-Andalus.

Mealtimes are late by UK standards. Think lunch at 2 or 3pm, dinner at 10 or 11. But tapas are a great alternative if you can't eat that late.

Sheep cheese from Grazalema and goats cheese in herbs are dairy delights.

Iberico ham from black pigs fattened up on acorns in northern Andalucia is a sweet and succulent treat that you can buy vacuum packed to take home.

Donkey milk soap from Sierra Nevada is said to work wonders for people with allergies to other soaps.

Jaen province is home to over 40 million olive trees  many still harvested traditionally by beating with sticks.

Set three-course lunch with a drink: £8

A brief history of Andalucia

Recent years have seen Andalucia struggling between two contrasting ways of being. At one level, it remains a beguiling beacon for millions of tourists drawn by natural wonders, a vast coast fringed with deserted beaches, and stunning Moorish architecture reflecting over 500 years rule from North Africa – and, yes, Costa del Sol resorts, from upmarket Marbella to tacky Torremolinos. But for many locals, the last few years have been marked by crippling austerity brought on by mass unemployment and woes affecting previous boom industries like construction and agriculture. Responsible tourism remains ever more important at such times...Read more
Andalucia's human past dates back to prehistoric times, evidenced by the cave paintings of Nerja (near Malaga) which are among the oldest expressions of human thought. Romans and Carthaginians fought over the region at various points, with the emperor Justinian I founding the province of Spania here in the 6th century. A brief period of Visigoth rule ended when Muslims invaded in 711, created a territory dubbed Al-Andalus that became a leading light of European learning and culture for centuries to folllow. While most of Europe endured the Dark Ages, Al-Andalus enjoyed universities, mosques and palaces, thermal baths and exotic gardens. The Alcazar, Alhambra and Mezquita remain as brilliant reminders of this glorious heyday. It wasn't until 1492, that the Moors' final outpost of Granada fell to Christian forces – the same year, Columbus set sail on the first of his voyages to the New World, setting out from Cadiz.

Andalucia's next prominent role in Spanish history came in the early 19th century, when it was the final holdout in Spain against the invading forces of Napoleon Bonaparte. Cadiz became the effective capital of 'free Spain', and it was here on 19 March 1812 that the country's first constitution was drawn up to enshrine the rights of Spanish citizens. Cadiz repeated its role as a final bastion of Spanish freedom in the 1930s, when it was the last city to fall to the forces of fascist dictator Francisco Franco. 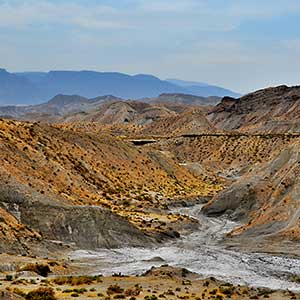 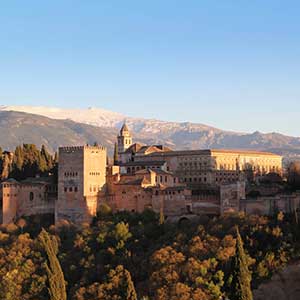 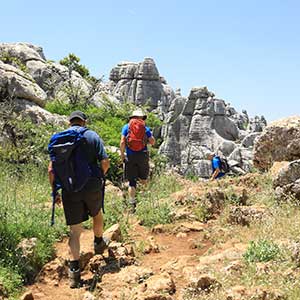 Activities in Andalucia
Walking in the far south, photography tours, decadent feasts of seafood and exhilarating dance lessons are just a few of the things to do in Andalucia - totally Moorish. 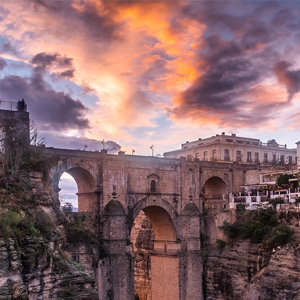 Things to see & do in historic Andalucia
Sunny, seductive and scented with orange blossom; Andalucia is one of Spains most appealing regions. 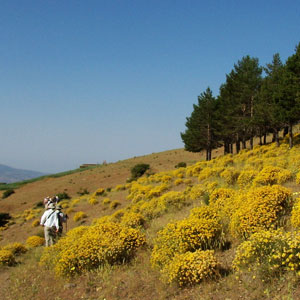 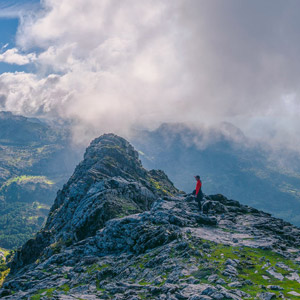 Guided walking in Grazalema
Whether or not the rain in Spain stays mainly on the plain, the wettest part of the country is actually in the mountains: the Sierra de Grazalema to be exact. 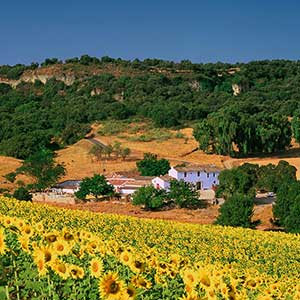 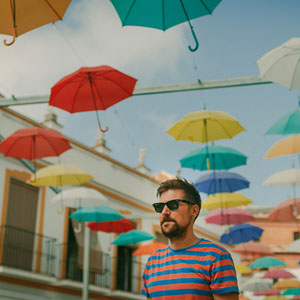 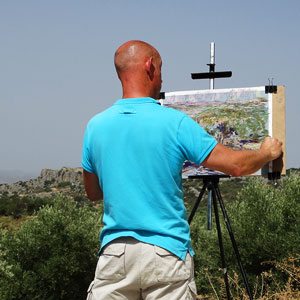 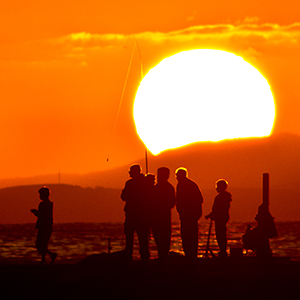 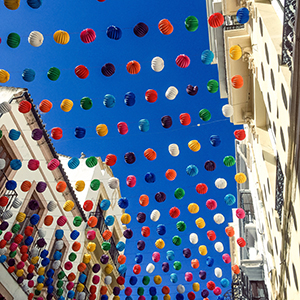 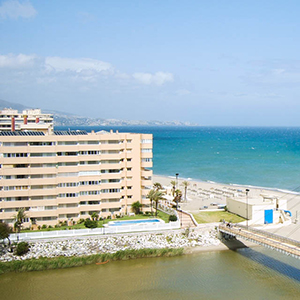