Walking in the Canary Islands

Walking in the Canary Islands reveals a side of the archipelago that the lions share of visitors doesnt realise exists. Youll explore massively underrated national parks, from the biodiverse laurel forests of Garajonay to the towering volcanic peak of Mount Teide  and youll see them in low season, when the coach crowds go back from whence they came.

Walking in the Canary Islands

But that’s exactly what you’ll see when you go walking in the Canary Islands. Vicky Garnett, from our adventure holiday specialists Explore, says it’s her favourite thing about walking here: “You can cover lots of different environments – from volcanic to cloud forest – in a week and also enjoy the Spanish feel of the smaller towns and villages. Parts of the islands are built up and cater more toward mass fly and flop tourism, especially the south coasts of Tenerife and Lanzarote. Most people come to sunbathe – leaving many trails free of other walkers.”

Canaries walking holidays have plenty more arrows in their quiver. The best holiday companies – the ones who really know the Canaries – take you off-season, when sunshine sticks around, but the temperatures ease down from the high 20s. “The best months for walking are October to April, avoiding the heat of the summer,” says Vicky. “Perfect conditions for exercise and earning your sangria and Canarian papas and jamon!”

They’re also a mix of low and high impact. Low impact environmentally – boot prints over tyre tracks; small groups rather than coachloads. High impact when it comes to investing in communities several dozen kilometres off the tourist track. That means Spanish towns, Spanish food, Spanish fiestas and Spanish language (with a few words of Canarian dialect thrown in for good measure – that’s papas, not patatas). You’ll need to travel with an expert holiday company that matches you up with great guides for the best experience.
See all our Canary islands Holidays 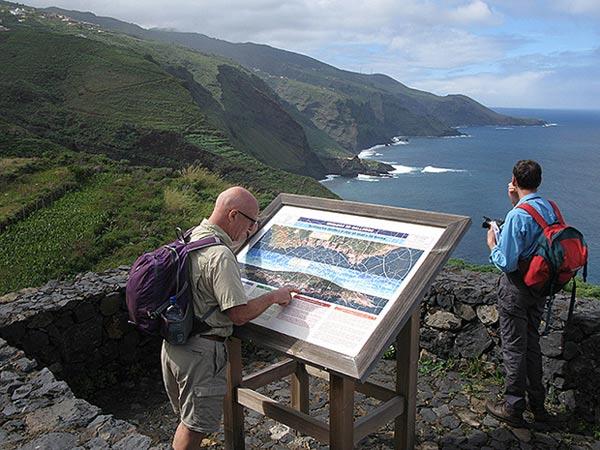 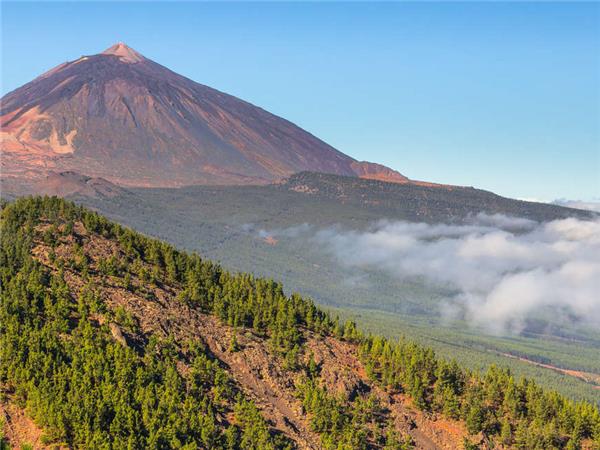 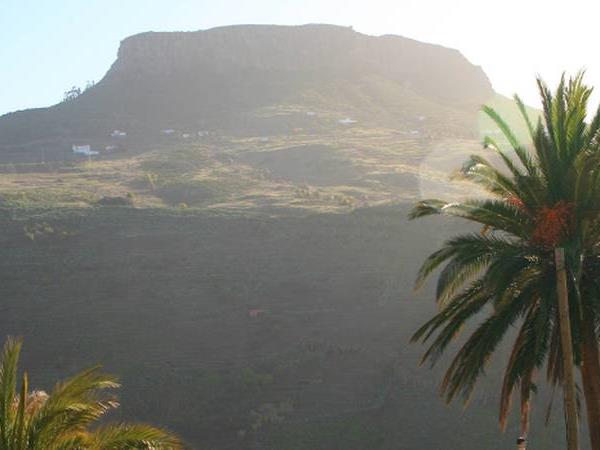 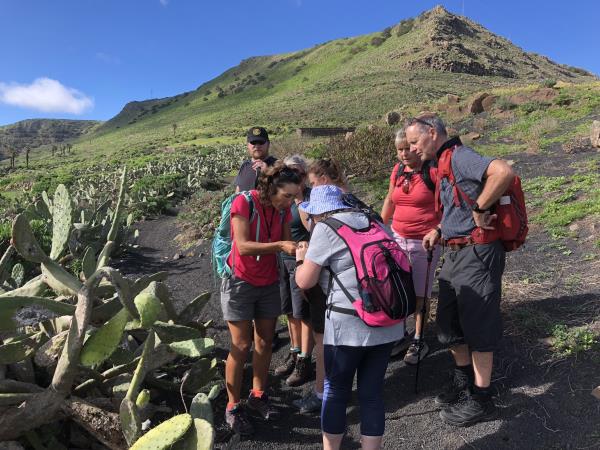 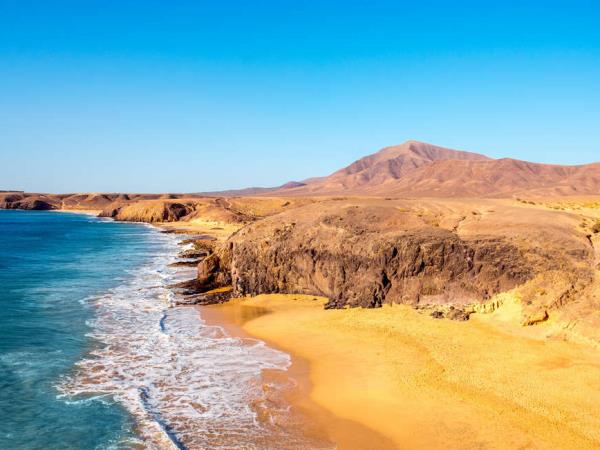 Discover the unique landscape of Lanzarote

Top 5 islands for walking in the Canary Islands

Many walking holidays explore Gran Canaria. Spectacular views are a dime a dozen here, from desert-dry rough-cut gorges and toothy mountains, to hilly pine forests and statuesque cacti fields that flower in spring. The best holiday companies dig out obscure villages to stay in that still offer handwritten menus that change with that days fish haul.

Vicky Garnet, from our adventure holiday specialists Explore, says:
I think the Roque Nublo on Gran Canaria is the best for views  a dramatic outcrop above the pine forest with panoramic views across the island and neighbouring islands. Standing at 80m tall, it is one of the worlds largest free-standing rocks. The more remote towns such as La Aldea are small, with more of an authentic feel and a selection of dinner options. Maybe theres not as much going on as people may think, but its perfectly suited for a hike on that side of the island.

The 40-minute ferry journey from Tenerife to La Gomera is a barrier that most travellers cant be bothered to cross. Thats great for hikers after underexplored trails and people-free views. An in-the-know guide will push on through capital San Sebastian, into the countryside  home to the dense mystical (and misty) laurel forests of Garajonay National Park.

Susanne Braack, from our Canaries whale watching experts OCEANO Whale Watching Worldwide, says: La Gomera is a really powerful place. The forest alone is a UNESCO World Heritage Site, and being there is stunning. Its such a peaceful place and there arent many of those on this planet left, so its really special. We have this long journey to La Gomera  thats why its so unspoilt here. Its not crowded.

Ruta de Los Volcanes does pretty much what it says on the tin, leading intrepid hikers around craters, past rock formations and over craggy hills carved by long-past volcanic eruptions that have shaped and reshaped La Palma. This is fertile land, so endemic Canary pine forests cloak slopes and hide away cave dwellings of the La Guanche indigenous people.

Vicky Garnet, from our adventure holiday specialists Explore, says:
For forest scenery, go to the unique laurel forest on La Palma, which is a dense subtropical cloud forest. Its wonderful to walk through with twisted trees, shrouded in mist amongst a great diversity of flora.

See all our Canary islands Holidays
Travel Team
If you'd like to chat about Canary islands or need help finding a holiday to suit you we're very happy to help.

If its a moonwalk youre after, Lanzarote is your island. It doesnt dilute its landscape with forests and mountains  just serves its volcanic views straight up. Hiking here really is like hiking several lightyears off-planet, thanks to strange half-moon vineyards, jet-black lava fields, dusty red plateaus and a skyful of constellations.

Vicky Garnet, from our adventure holiday specialists Explore, says:
If you just want volcanic landscapes then Lanzarote is your island. It is very different to the others with not much green, dominated by the central volcano and lunar landscape of Timanfaya National Park.

Mount Teide National Park wears the Canaries volcanic past on its sleeve. Guided tours trace the circular route over crater trails and lava caves that lie under the gaze of Mount Teide, the highest peak in Spain. Its one of the most popular national parks in the Canaries, so the best guides will point you in the direction of lesser-visited Roques de Capricho for canyon views.

Vicky Garnet, from our adventure holiday specialists Explore, says:
Walk in Teide National Park on Tenerife  youll head inland and above the clouds to be greeted with stunning views and blue skies. Its a landscape of rock formations, calderas and craters all under the impressive shadow of the cone of Monte Teide  the highest peak in Spain.

Tips for walking in the Canary Islands 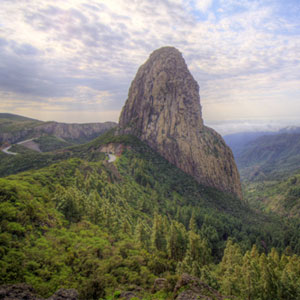 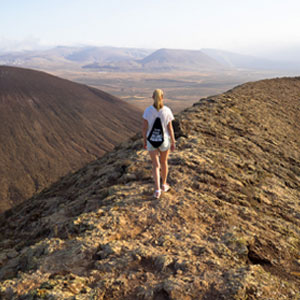 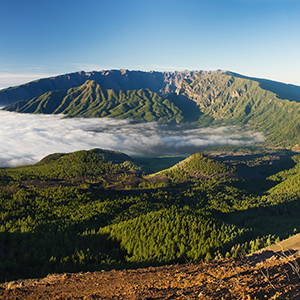 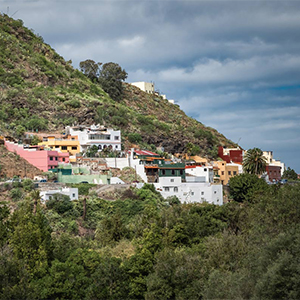 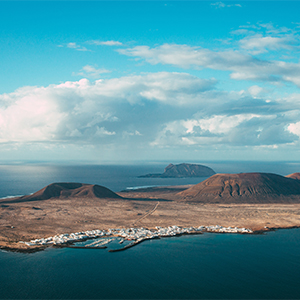 Things to see & do in Lanzarote
Lanzarote is for rebellious spirits. Read about how the island is home to pioneers of ecotourism still inspired by the legacy of the great architect and activist Cesar Manrique. 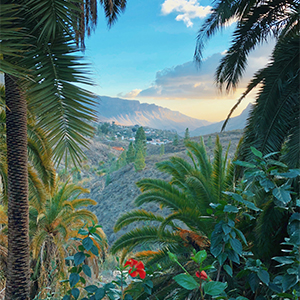 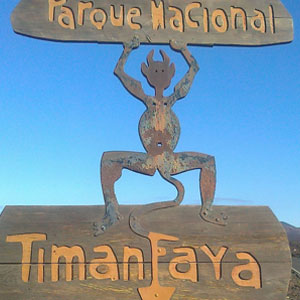