Responsible tourism in Chile really should be taken seriously and if youre looking to travel right in Chile then please read on to find out why Patagonia for sale, deforestation and mining are important issues and what you, as a traveller, can do to help.

Chile deserves praise for the way it has recovered as a nation from the years of the Pinochet dictatorship which saw thousands of citizens murdered in a country at war with itself. Today, the country presents a dynamic and welcoming face to the world, with a far healthier economy than some of its Latin neighbours.

But beneath the quietly proud surface, major environmental issues threaten Chile. Massive deforestation for short-term economic gains threatens ecological havoc. Open-cast mining swells government coffers while scarring the land and threatening Chile's all-too-fragile water supplies. Pollution problems range from choking smog in Santiago to fetid rubbish mountains. Responsible tourism in Chile also includes a human element with respect to the rights of indigenous peoples, who continue to see ancient land rights trampled. For a people as essentially decent and thoughtful as the Chileans, these are issues they should find the vision to deal with. 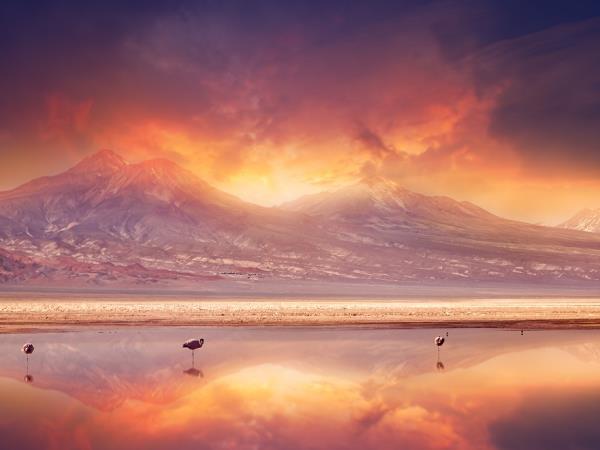 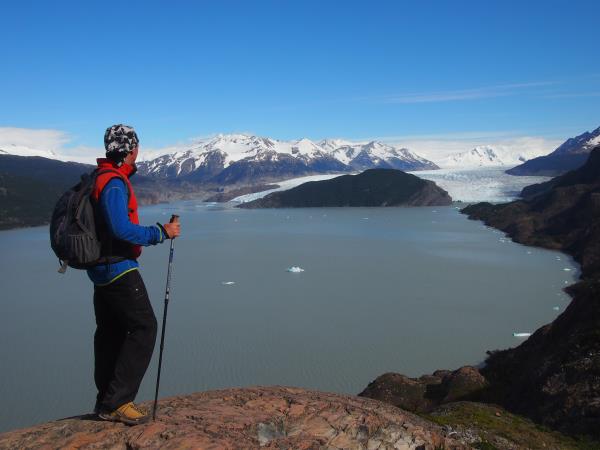 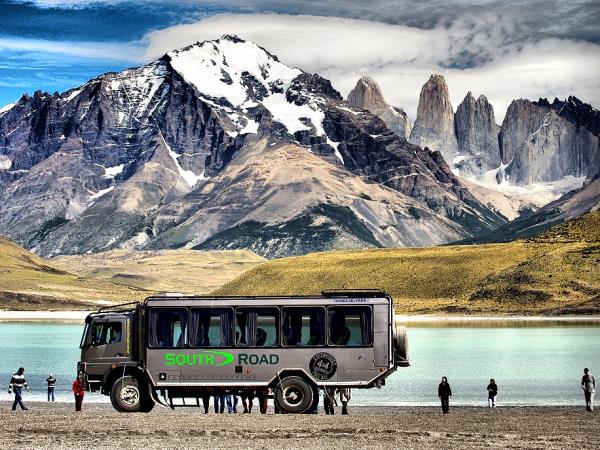 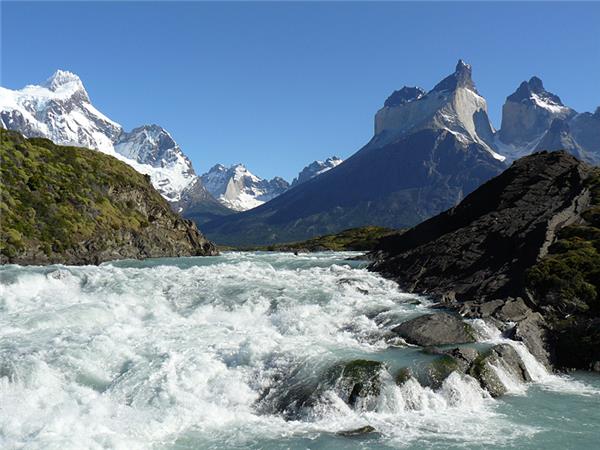 Explore the wild, mountainous south of Argentina and Chile 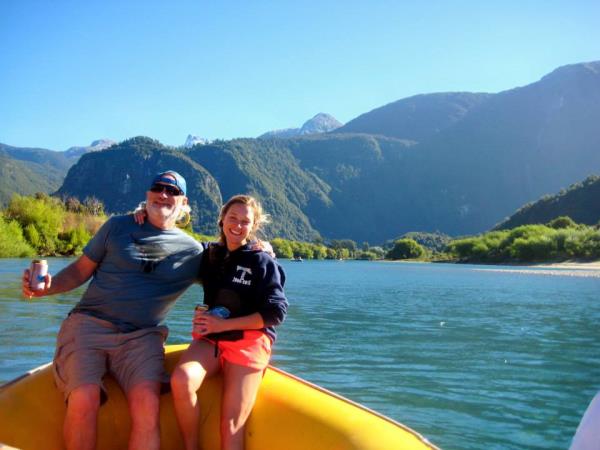 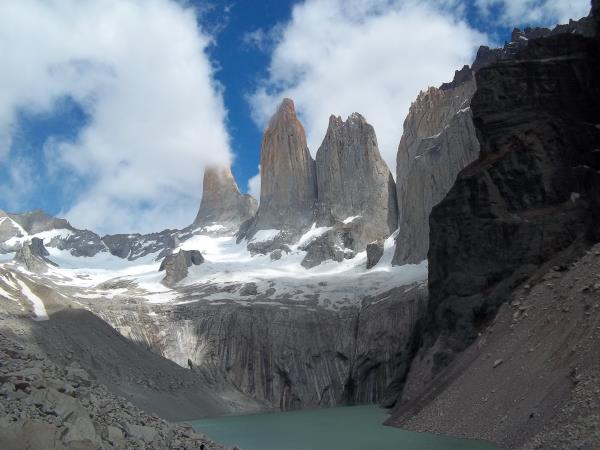 Patagonia tailor made tour, self guided

The Spanish conquistadores never penetrated the wild reaches of Patagonia. Pushed back by the Indian problem, this land remained uncolonised, a final stronghold for the Mapuche people. But five centuries on from the discovery of the Americas, Europeans  and North Americans  are once again scrabbling to grab chunks of untouched wildernesses in what they see as unclaimed land.

An influx of foreign investors includes leading names such as the Benetton family turning million of hectares into livestock farms, while other wealthy speculators are buying up forests, riverbanks and entire lakes to turn into exclusive retreats and golf courses.

Not all landowners have used the land for their own gain, however. Most famously, Doug Tompkins, founder of The North Face, has conserved over 2 million acres of land across Chile and neighbouring Argentina through his organisation The Conservation Land Trust. Some of the land is now a private park with public access; while another tract was returned to the Chilean government on the condition that it would become a national park  it is now Corcovado National Park.
However, despite funding local community projects, the privatisation of these giant areas of land, and the resulting loss of public access is still cause for controversy. Because the so-called 'Indian problem remains. Patagonia is the ancestral home of the indigenous Mapuche people, who have lived on this land for centuries, yet have no papers to demonstrate ownership. Land is sacred to these people, and moving them from one tract of land to another is not acceptable. They do not see land simply as a source of income, pasture or water  it is part of their origins and their spirituality.

What you can do:
Quite simply, money is at the root of the issue here, and only by generating income from untouched land  including that within the national parks  will the unregulated sale of land appear less appealing to the government. Explore the parks. Pay your entrance fee. Visit local communities. Stay with people working the land on traditional ranches. Empowering local people to create livelihoods from the sustainable use of their lands will give them a bigger voice against the billionaire entrepreneurs and multinationals  and everyone who visits and speaks with them is able to go out and tell their stories, raising awareness of this modern tale of colonisation.

Chile's precious temperate rainforests have suffered from both logging for over a century. According to the WWF, between 1985 and 1995 alone, Chile lost nearly 2 million hectares of native forest – destroyed for pulp, then replanted with pine and eucalyptus plantations which were expanding at an annual rate of nearly 10 percent. The result is the Chile now has the world's largest expanse of radiata pine tree farms – along with some of the world's most endangered native forests. These are a global jewel; Chile has the second largest expanse of temperate rainforest on Earth, second only to British Columbia in Canada.

The alerce tree has been a particular target for logging – a beautiful evergreen with a life span of several thousand years – due to the high commercial value of its wood. A 1976 law banning the logging of live alerces has been widely flouted either by burning the trees or stripping their bark to kill them before logging. The best place to see these arboreal ancients today is the Alerce Costero National Park in the La Union region. Not only is this a haven for these magnificent trees but also the endangered Chaihuin indigenous people as well as wildlife such as the Magellanic woodpecker.
The destruction of native forest also has devastating effects on wildlife. 90 percent of the native forest-dependent species in Chile are found nowhere else in the world, including the world's smallest deer (the pudu) and a remarkable hummingbird that builds nests entirely from moss and spiderwebs. The genetic isolation of such indigenous animal species into little pockets  native islands amid a sea of foreign trees  severely threatens their ecological needs and long-term survival.

What you can do:
Try to buy paper products  tissues and napkins, for example - that carry a certification from organisations such as WWF to show they have come from sustainable forestry initiatives or been recycled. Consider donating to organisations such as WWF, which has worked in Chile since the 1970s on campaigns including the establishment of Protected Areas System of the State (SNASPE) and pioneering scientific work on protecting native deer populations, including the unique miniature pudu.

Mining is a vital industry to Chile, providing around a third of the government's total revenues. So its importance to the country's economic well-being cannot be ignored. However, mining is also a major cause of environmental scarring, as well as a threat to precious water supplies. In northern Chile, Chuquicamata is site of one of the world's biggest open-cast copper mines, where hundreds of thousands of tonnes of rock are dug up every day and processed in ways that spew arsenic-laden dust into the air. The plume from the smelting work carries at least 200km.

Dust from mining also covers precious glaciers which are not only natural wonders for visitors to admire but also key suppliers of Chile's fresh water. An estimated three-quarters of Chile’s population relies on water that comes from the annual ice melt, which replenishes underground aquifers, rivers and lakes.

For example, the Andina 244 mining project just north of Santiago is surrounded by 26 glaciers that supply the bulk of the water for the capital's 7 million people. Since 2009, mining companies have had to complete Environmental Impact Assessments (EIAs) for project – without corresponding laws to ensure that restrictions can be put in place and enforced. For Andina 244 the mining companies involved say 'only' 5 glaciers will be affected, with the destruction of 36 acres of ice. Even if you believe their estimates, wouldn't it be better to have EIAs linked to laws that would stop damage - not just say how much will be done?

With the melting of the glaciers accelerated by mining – as well as wider global warming – where will Chile's water come from if the glaciers disappear in the future? Mining operations also consume vast amounts of precious water, contaminating it in the process. While humans can work out ways to create clean drinking water – if there is any left – animals desperate to drink in the parched environment are often forced to drink contaminated water.

What you can do
Support environmental organisations campaigning such as Greenpeace which are leading local campaigns against irresponsible mining in Chile. They work, too. Thanks to Greenpeace's help, a tiny community in Southern Chile managed to stop the expansion of the Invierno coal mine in 2018. 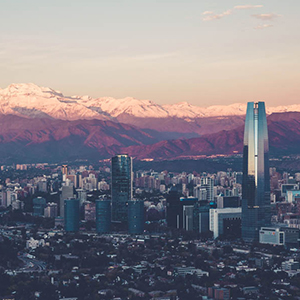 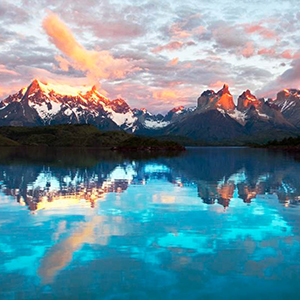 Chile travel guide
Discover Chile like a local with our guide taking you from Neruda to the Mapuches, via the Andes. Atacama and Patagonia. 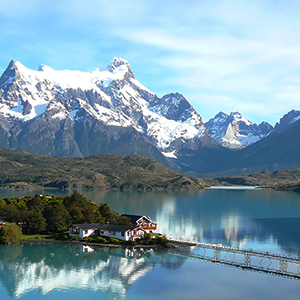 Chile map & highlights
Discover all the must-sees and a few of the lesser-known places to visit with our Chile map and highlights. 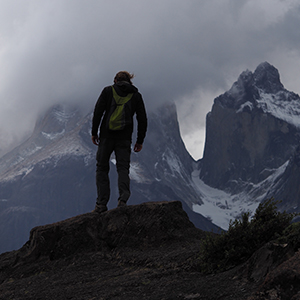 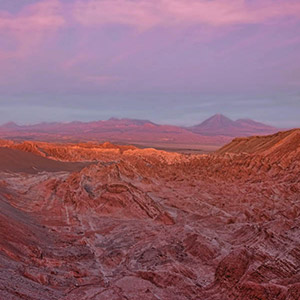 Atacama Desert holidays, Chile
The landscape of Chiles Atacama Desert is almost Martian in appearance, and it has been used in numerous Hollywood movies! 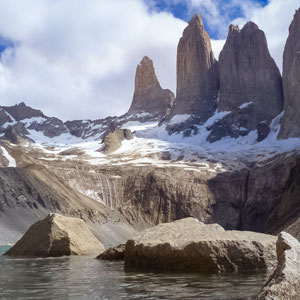 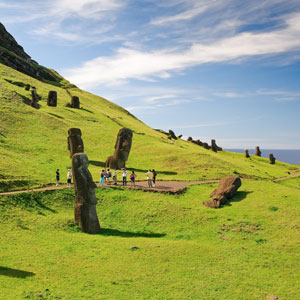 Things to see & do on Easter Island
Easter Island holidays are an opportunity to discover a fascinating history and culture, as well as those famous moai sculptures. 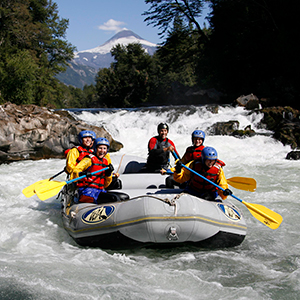 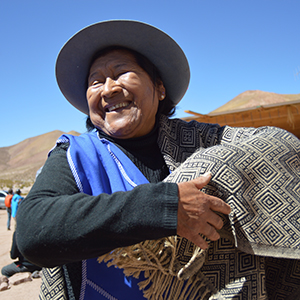