What makes a good sailing holiday? You need some coastline: check, Croatia has 2,000km of the stuff. Some interesting islands on the way  that would be nice. Well, Croatia has 1,200 of them, and theyre nicely packed together so you can island hop with ease. As an added bonus, youve got great weather and wonderfully clear water. All in all, these shores are a sure-fire sailing holiday hit. Find out more in our Croatia sailing holidays guide.

Croatia is used to sailors. A thousand years ago, Venetian ships came creeping across the Adriatic and claimed the Dalmatian coast as part of Venices empire. A millennium later and Croatia is the one with the fleets. Its a well-established sailing hub, and any visiting Venetians are only here as tourists. Yacht charter has operated in the region since the 1980s, and the industry has grown enormously since Croatia gained independence from Yugoslavia in the mid-1990s.

There are Roman ruins and Venetian forts. There are national parks and natural wines. There are over 1,000 islands  thats over 1,000 reasons to go sailing in Croatia.

Now, Croatias sailing is one of the countrys worst-kept secrets  there are sophisticated marinas all along the coast providing good sailing infrastructure. Beginners on their first flotilla are welcome, as are adventurers who want to combine sailing with everything from sea kayaking to stand-up paddleboarding. Theres nothing nicer than breezing along a pine-scented coastline in your own boat and stopping in a terracotta-topped port town after the many day trippers have cleared off. Sailing is one of the best ways to enjoy the Croatian coastline.
See all our Croatia sailing Holidays 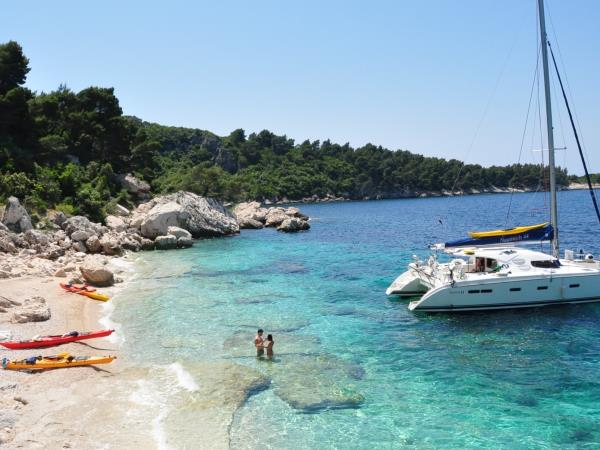 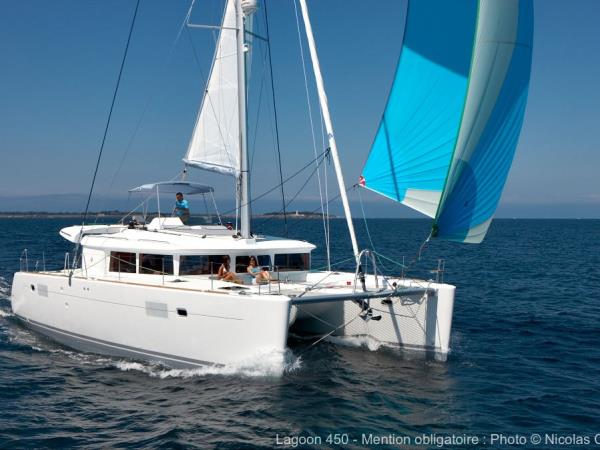 Pure sailing adventure for those who love the sea. 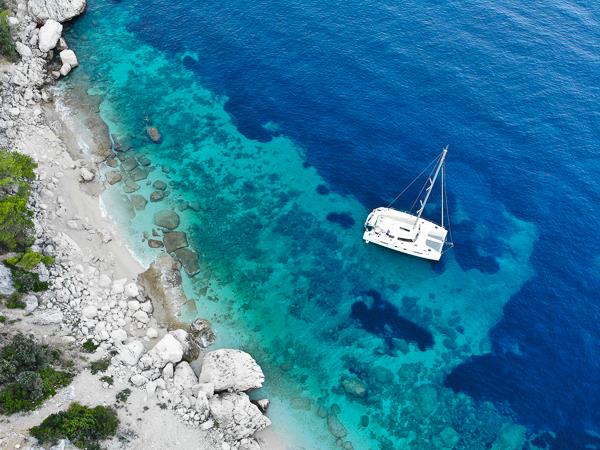 Sailing with a mix of activity and leisure 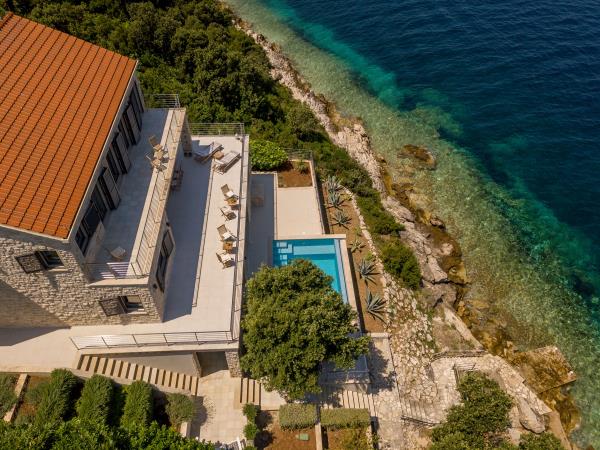 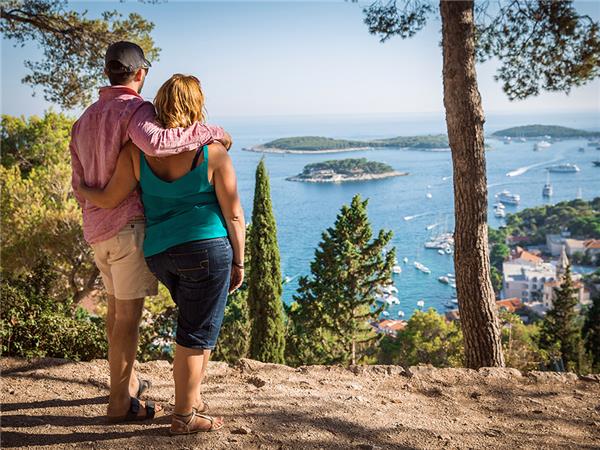 Experience the old-world charm of Croatia 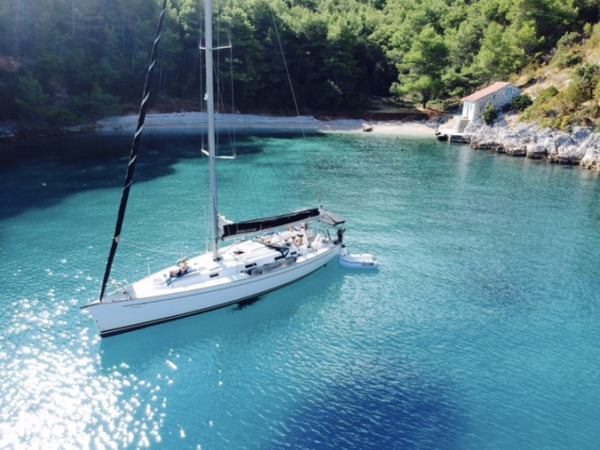 Go on a sailing holiday in Croatia if...

Dont  go on a sailing holiday in Croatia if...

What do sailing holidays in

You might have seen the kinds of vessels that these holidays use: gleaming white fibreglass boats, between 8 and 15 metres long, with two sails  a mainsail and genoa (a smaller sail at the front). These sailing yachts look great, but you have to be prepared for compact conditions. Below deck, theyre very space efficient, with cabins in the bow and stern, and a saloon and galley (kitchen) in the centre. Catamarans (twin-hulled boats) usually have more room below.

There are usually shared heads (bathrooms) with toilets that you might need to flush with a hand pump. Theres electricity run on a generator  which isnt available when youre sailing with the engines off. You dont come on board to stay connected to the outside world  if theres WiFi, youll have to pay extra and it might be patchy if there at all. Water is even more of a precious resource, and youll be encouraged to have short showers.

One option is to share a skippered sailing boat with a small group of others, in which case solo travellers will probably share their cabin with a member of the same sex. These shared boats accommodate between eight and 11 travellers. Itll feel like youre living a little bit on top of each other, but once youre out on deck youll find plenty of space to sunbathe. Youll have an experienced local skipper on board who knows the area, and either owns the company or gets paid a good, fair local wage. Alternatively you can charter your own boat.

Often youll all cook together on the yacht  but dont miss a chance to sample food at traditional konobas (Dalmatian diners, similar to tavernas). People are often pleasantly surprised by Croatian coastal cuisine  think seafood and rice dishes, as well as Italian-influenced pastas.

If you’ve got four or five days you can go on a short, activity-packed sailing trip out of Dubrovnik and see some of the Elaphiti Islands. If you’ve got a week you can sail as part of a flotilla from Split to Krka National Park, or join a skipper who will take you across the Central Dalmatian Islands to Vis.

Some sailing holidays have in-built activities on board. Kayaking excursions, paddleboarding and hiking can be woven around short passages of sailing. It’s really easy to combine water sports with sailing – usually you can do one where you can do the other, after all. You’ll normally need to be able to swim at least 50 metres to participate.

Flotilla and bareboat sailing in Croatia are for those who can already sail, and feel ready to embrace the open water unsupported. They’re great for confident sailors. To charter a boat on flotilla or to bareboat, you need your RYA Day Skipper certificate to prove you’re worth your salt. Bareboating is generally for more advanced skippers, whilst flotilla perfect if you need a bit more support.

You can gain a RYA Competent Crew or a RYA Day Skipper qualification whilst sailing in Croatia. Both courses take less than a week of sailing to complete, leaving you with a day either side to sightsee on the Dalmatian coast with your course mates. You’ll usually book a berth on a boat, rather than chartering the whole yacht, and learn in a small group of around five people. Croatia is a great place to qualify to sail. The route is beautiful, the winds are gentle and the weather is lovely.

What to bring on a sailing holiday

You dont need to bring all that much on a sailing holiday. Youll spend most of your time lolling on deck in a swimsuit once youve set the sails. Some casual clothes for evenings in local restaurants, and some trainers for hiking up the hilly islands in search of churches and monasteries are nice additions. You might want some deck shoes if youre planning to help with sailing the boat and some sailing gloves to protect your hands. Speaking of protection: sun protection is important. Get yourself some biodegradable sun cream  as this doesnt damage coral reefs, a hat and some sunglasses. If you can locate polarized sunglasses, even better, as they eliminate glare when youre looking at the sea. Bring some evening entertainment  a deck of cards for a ferocious game of snap (light sleepers might want ear plugs).

If youre worried about seasickness theres an arsenal of potential treatments available over the counter: acupressure wristbands, ginger capsules, caffeinated seasickness tablets. Alternatively, you could get a prescription for a patch that you stick behind your ear: some people swear by it.

From 580 to 790 4 days ex flights
Read 72 reviews
Tailor made:
This can be booked daily between 10th April and 28th October

When is the best time to go on a sailing holiday in Croatia?

Croatias main tourist season runs from May to October; island restaurants tend to close their doors for winter. Some sailing companies run cruises out of season, in April and November, but most trips are from May to October. If you want to charter your own boat, May to October is the period to do it, as the weather is at its safest and most predictable. Summer can be unenjoyably busy in Croatia  especially around Dubrovnik, Split and the Central Dalmatian Islands. Events like Yacht Week, boozy sailing cruises for up to 40 party yachts in high summer, should be avoided at all costs. Its best to sail in the shoulder seasons and avoid the cities. You can always pop over to the next port and find relative peace. 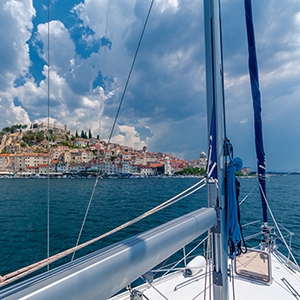 Croatia sailing holiday map and highlights
Croatias long coastline and numerous islands provide plenty of sailing opportunities. Check our map of where to go sailing in Croatia and put these destinations into your chart plotter. 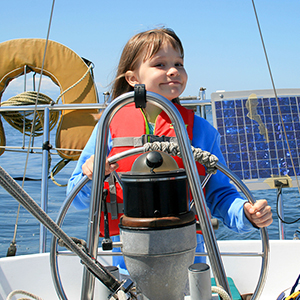 Family sailing holidays in Croatia
Small group travel is great if youre a solo traveller or with a couple of friends, but your family might prefer to have their own boat. Its a great way to spend time together, and a great way to enjoy Croatia with kids. 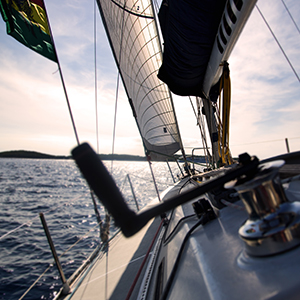 Bareboating holidays in Croatia
It might have a reputation as an easy sailing area, but Croatia is no crèche. If youre an adventurous sailor, then you can have a fantastically rewarding bareboat sailing holiday in Croatia. 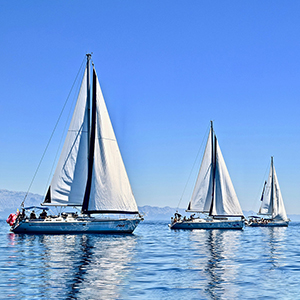 Flotilla sailing holidays in Croatia
Croatia is a flotilla sailing capital  vying with Greece as one of the tops spots for this fun group activity. Enjoy well-serviced marinas, safe line of sight sailing and, of course, lovely weather, too. 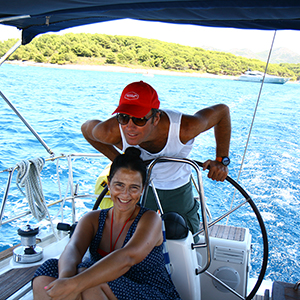 Croatia sailing tips and advice
The sailing community is a friendly bunch and they dont hold back on useful tips. Weve collated the best words of advice for sailing in Croatia both from the experts, and from the travellers themselves. 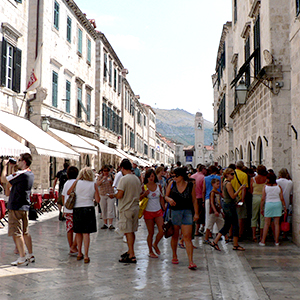 Responsible sailing in Croatia
Sailors love the oceans more than anyone. Its not uncommon for them to pick up sea debris as they sail along, or be passionately anti-pollution. Be a responsible sailor and learn about Croatias local issues, too.