Electric safari vehicles are transforming the game drive experience into something more quiet, more smooth and more environmentally responsible. We take a look at what should prove to be an exciting new development in safaris and what this means for the future for game drive vehicles.

A new breed of electric safari vehicle is gliding around the African savannahs, transforming the game drive experience and creating zero emissions.

When it comes to African safaris, driving is the main method of spotting wildlife, for obvious reasons. While walking safaris are an option in some reserves, the prospect of a close encounter with a pride of lions means that, in most places, its safer to be aboard a 4x4 and more practical, too. Traditionally, these vehicles run on petrol or diesel, which of course produces pollution, but also noise. Much of Africas wildlife has become habituated to the sound of a diesel engine idling a metre away while humans snap pics and gasp, but how much more pleasant if the safari vehicles emitted a purr rather than a roar, and what potential benefits for biodiversity? And how much better for the environment if safari vehicles didnt also belch out toxic exhaust fumes and CO2?

Happily, electric vehicles are beginning to be used for safaris in Africa, though so far, only in a handful of places. Perhaps the most notable example is at the Chobe Game Lodge in Botswana, which was quick off the mark, launching the first electric game drive vehicle and electric powered safari boat in Africa back in November 2014. Currently, the lodge has four boats (three of which are fully solar powered) and four electric vehicles. As of 2021, the lodge estimates that from the start of its electric fleet conversion project its vehicles have saved over 38,000kg of CO2 emissions and nearly 15,000 litres of diesel across its fleet of jeeps and boats.

Electric vehicles are also becoming more common in several other African countries. In March 2019, the first electric safari vehicle was introduced in East Africa. It currently purrs its way around Lewa Wildlife Conservancy in Kenya, and is owned by Lewa Wilderness lodge. Makanyi Lodge in Timbavati Private Nature Reserve in South Africa now has a converted Land Cruiser in operation while at Cheetah Plains Lodge in the Sabi Sands Reserve in South Africa, the owner has converted a vehicle to his own specification, so that its not only electric, but as luxurious as a Range Rover, with bolstered suspension, super comfortable seats and USB chargers  a task that cost around $100,000.
See all our Safari Holidays

There are no mass produced electric safari vehicles on the market currently, so typically, standard vehicles such as Land Rovers or Toyota Land Cruisers are converted for electric power and are not hybrid. This is recycling on a grand scale, reusing the materials and resources of an existing vehicle, and simply removing the standard aspirated motor and replacing it with an electric motor, speed drive and batteries. Various companies are already doing this, and in Kenya, Swedish startup Opibus hopes to go from converting safari vehicles to electrifying Nairobi’s matatu minibuses, too.

Mikael Gange from Opibus says it costs around 37,000 US$ to retrofit a safari vehicle. If the lodge that owns it already runs off solar power, it's then simple to install a vehicle charging point, otherwise solar panels are also needed to replenish the battery after each drive. “Running costs are between 80 and 90 percent cheaper than with a diesel engine,“ says Mikael. “Within five years you have recouped your investment.“

Simon Mills from safari specialist Native Escapes explains some of the other issues around widespread take-up of electric safari vehicles: “It’s an interesting one, I don’t think their use is too far off. I had a conversation with a lodge owner in Kenya the week before last, and they are looking at it, but the main issues are that the vehicles need to be pretty powerful to navigate some of the roads, trails and off-road areas, and electric vehicles are not quite capable for bush work yet. Also, the charging point(s) required for all vehicles is horrendously expensive, so a lot of private owners can’t afford it – just yet. But I think they will come as technology develops.”

With climate change an undeniable global crisis, shifting from fossil fuel powered vehicles to electric powered vehicles, which emit no pollution and can be solar charged, is a sensible and environmentally responsible step. Its also the final piece of the sustainable jigsaw for many lodges, which already use solar power and have strict environmental policies in place, but have traditionally run diesel powered game viewers.

In terms of performance, if you listen to those companies that are converting and using electric safari vehicles, its 100 percent good news. A vehicle fitted with a 55KWh battery has a range of between 150km and 200km off a single charge, depending on the terrain and how loaded it is and, as the average game drive is only 30-40km, this is more than enough power and range. Tests of converted Land Cruisers have found them capable of driving on sand, across river beds and over exceptionally rough terrain, too.

Mikael Gange, from Opibus:
When I explain how powerful an electric vehicle is people are often surprised. It has lots of power and torque and, compared to a diesel engine which can weigh 150kg, an electric one is only 42kg, so the whole vehicle is lighter and more efficient. A safari vehicle is the perfect application, too, since it travels at low speed but the terrain demands a lot of torque. This is exactly what an electric motor can provide. Safari vehicles travel tops 100km a day with the start and end point the same, back at the lodge, so that's another reason why it makes sense to use electric vehicles, and they provide the possibility for some conservancies to be completely carbon neutral.

And as the technology improves over the coming years, so will the vehicles' performance in rough conditions.

It's entirely possible too that greater take-up of electric safari vehicles will have positive effects on biodiversity in African parks, for instance by reducing the noise pollution that can affect breeding and other behaviours.
It has to be said that electrification does come with wider sustainability issues. The Global Battery Alliance, part of the World Economic Forum, warns that the large batteries used in electric vehicles are not manufactured without costs to people and the environment. The extraction of raw materials used in batteries can come at a significant social and environmental toll, including the use of unsafe and child labour to extract the cobalt used in them, while battery production itself carries a large carbon footprint. The Alliance makes solid suggestions for the improvement of the battery value chain which if implemented will further boost the environmental benefits of electric vehicles.

In addition to their environmental benefits, electric safari vehicles offer a unique game drive experience. Forget the constant rattling to life of a diesel engine, the cranking gear changes, and the revving and roaring as it negotiates sandy tracks, in an electric vehicle all you hear is a hum akin to an old-fashioned milk float. This means that with no engine noise to compete with, you can better hear your guide, whose insights into the wildlife can sometimes be lost if youre three rows back from the front seat in a traditional vehicle.

You can hear the animals better, too, from lions roaring in the early morning to the alarm calls of baboons. The ride is much smoother, with none of the engine vibration of a traditional vehicle, making getting clear, non-wobbly photos far easier. All in all, electric vehicles help the passenger feel at one with nature, rather than simply observing it.

Animals react differently to electric vehicles and, on the whole, the quietness of these vehicles means animals are unthreatened by their presence. Creatures such as impala and waterbuck which might dart away when they hear a diesel engine are easier to approach, and its even possible to get a little closer to notoriously grumpy black rhino, which have poor eyesight but exceptional hearing.

With a traditional vehicle, you typically switch the engine off while viewing game, to enjoy the experience in silence, but starting the engine again startles the wildlife. With an electric vehicle, thats not an issue. You can approach wildlife quietly and then glide away quietly, leaving it in peace. Its a much less disruptive experience. That said, the quietness of electric vehicles brings stealth but also surprise, and occasionally skittish animals can be startled by what seems like the sudden arrival of one, gliding into their space. They'll get used to it in time, though.
Amanda Marks from our specialist holiday company Tribes Travel:
Ive used an electric vehicle at Chobe Game Lodge in Botswana. Theyre obviously very quiet so nice for the passenger from that point of view. However, we have also heard that elephants in particular had got used to the noise of engines so tend to be spooking at electric vehicles rather more than others as they dont hear them coming! For that reason, there is some talk of adding some noise to them!! Emissions-wise though theyre obviously a much better deal so I hope things do move that way. 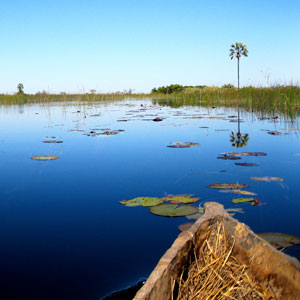 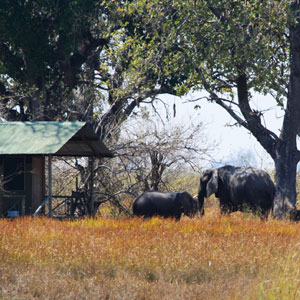 Safari travel guide
Learn what we rate and what we dont when it comes to African safaris, as well as plenty of useful advice. 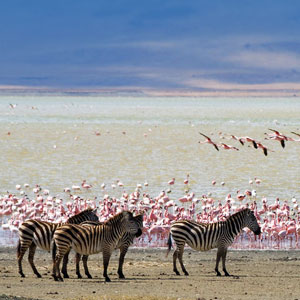 Best place to go on safari
Our interactive map and highlights will help you narrow down your safari search, country by country. 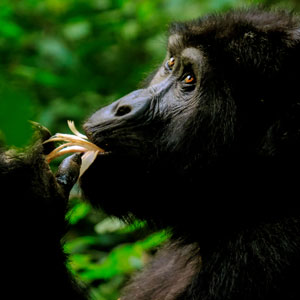 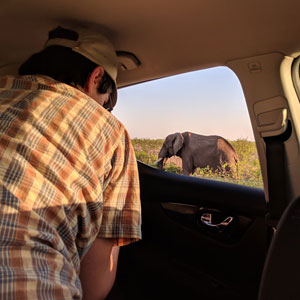 How to choose a safari
Bewildered by safari options? We give you all the information you need on how to choose the ideal trip. 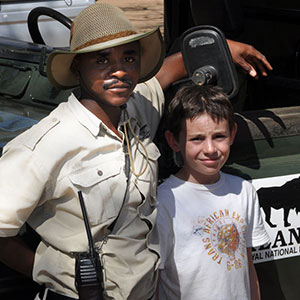 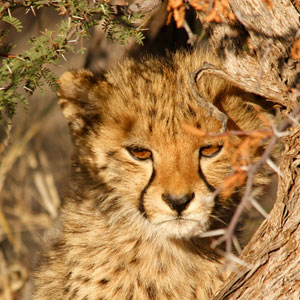 Safari tips
Read our experts' advice to find out how to travel safely and savvy when on safari in Africa. 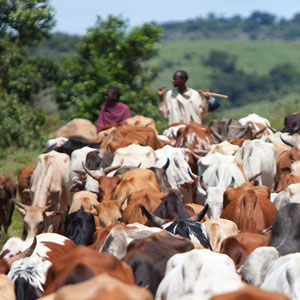 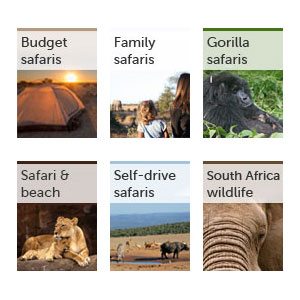 Contact us - call or email Call us from anywhere No queues or automation Sign up to our newsletter
Photo credits: [Page banner: David Clode] [Intro: flowcomm] [Environmental benefits: Weldon Kennedy] [Experiential benefits: Jeremy T. Hetzel]
Back to the top