There are a lot of responsible tourism issues in Zimbabwe but, at the same time, tourism is really in its nascence here, and so we can help ensure that they proceed with ethics, economic sustainability and positive environmental impacts before the damage is done. It is a fascinating country with a way to go, and learning about responsible tourism in Zimbabwe will help inform you but also inspire you to visit an incredible country and help create change in doing so.

One of the most common questions regarding travel to Zimbabwe has been, for many years, should I go there at all? It was true that the political regime, led by Robert Mugabe, was responsible for human rights atrocities and, as such, was subject to EU Restrictive Measures or sanctions. Thankfully, times are a changing since the military coup d'état in November 2017 after which Robert Mugabe resigned. He was replaced by Zanu PF former ally, Emmerson Mnangagwa, who will run as presidential candidate in elections during 2018. So Zim is, hopefully, coming out of the sin bin. But at the moment, it is still a case of 'watch this space' on the political front. At Responsible Travel we have always believed, even during the Mugabe years, that the country has suffered greatly, that the local economy and individuals can really benefit from its magnificent natural heritage, and that we need to support both. Even more so now. And you can do so too, if you travel with a responsible holiday company that works closely with grass roots partners. However, you also shouldnt ignore the human rights issues that the country has witnessed. Read Amnesty International and Human Rights Watch for more details. And always support these organisations with donations when you can. For more details on conservation and other issues, read on. 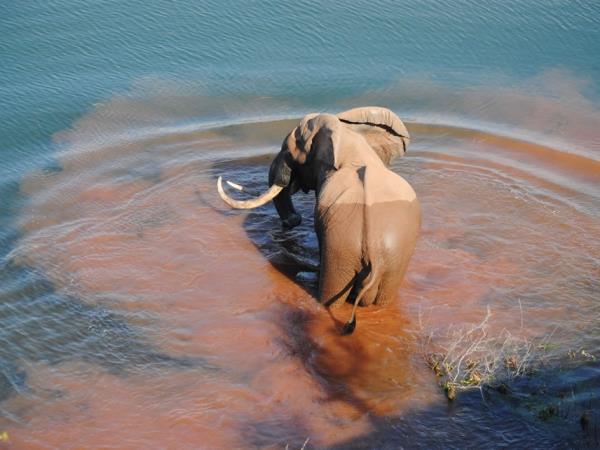 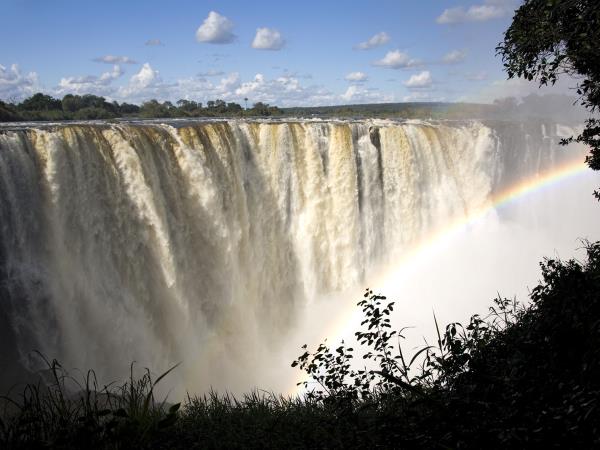 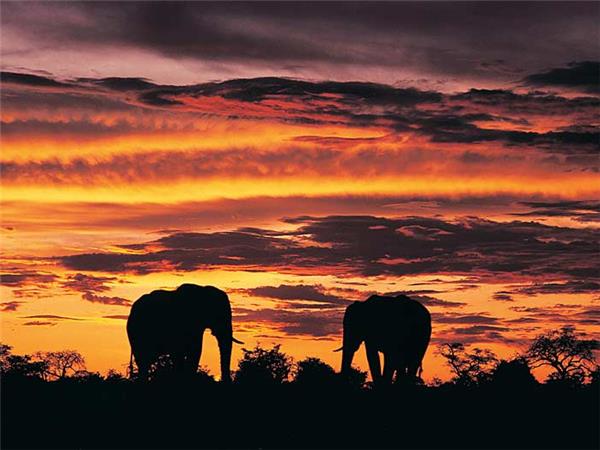 Victoria Falls to the meandering waterways of the Okavango Delta 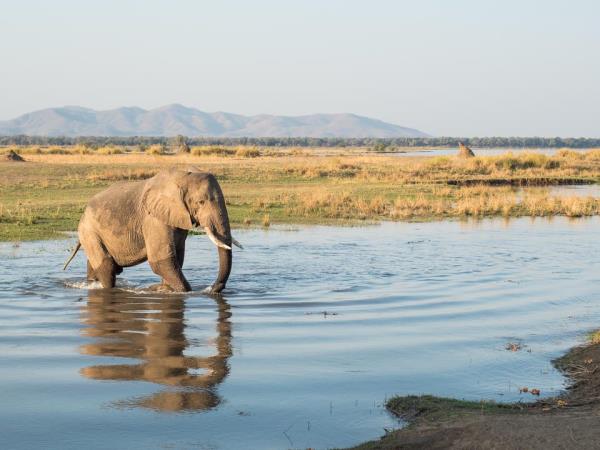 A journey through Zimbabwe's most iconic wildlife habitats 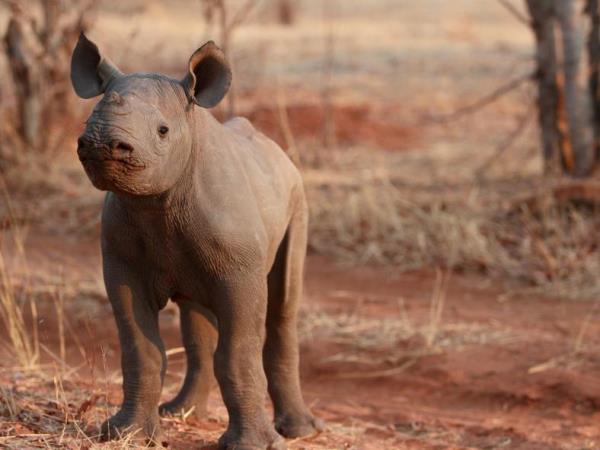 Apart from its notorious dictator, Robert Mugabe, and the coup d'état that finally ousted him in November 2017,  Zimbabwe has been in the news for other reasons: trophy and canned hunting and, in particular, the news that went viral about the killing of one of the countrys most precious lions, Cecil, by a US trophy hunter. Longtime resident of Zimbabwes Hwange National Park, where killing lions is illegal, it is alleged that a hunting organisation lured Cecil out of the park in 2015 in order for it to be killed by the American hunter who had paid tens of thousands of dollars to do so. It is important to point out that this was not actually a case of canned hunting, as the lion in question had not been reared for the sole purpose of being hunted for 'sport', but had been roaming freely in the national park. However, the event did highlight the issue of hunting for tourism purposes and was brought to the attention of the world by international traditional and social media.

We totally condemn canned hunting at Responsible Travel but sadly it, along with elephant hunting for ivory, is still a feature in Zimbabwe. And so we urge all supporters of ethical tourism to condemn it too. Read more on our stance on canned hunting which is when wild animals are reared only for this purpose. With Zimbabwes tourism opening up again, it is a particularly important time to nip this unethical and unthinkable industry in the bud. And the best way to do this is to go on wildlife safaris and show poachers, as well as the government authorities which are said to support the export of animals to foreign zoos*, that so much more money can be made in the long term from sustainable wildlife watching.

*Source: Zimbabwe Conservation Task Force
What you can do
Support the work of the Zimbabwe Conservation Task Force and read up on the history of elephants and conservation politics in the extraordinary book Elephant Dawn by Sharon Pincott. She worked tirelessly for 13 years monitoring African elephants here but was forced to leave in the end. The struggle continues to preserve these sumptuous survivors of the savannah.

With regards to canned hunting of lions, thanks to lobbying of some governments and airlines to prevent the export of trophies, as well as massively negative PR, hunters are finally deterred from going on such trips. The superb Wild Aid/Panthera report lays out the facts and figures very clearly. Shockingly, the EU still allows the import of trophies from certain African countries, including Zimbabwe, if authorities believe that the hunting has been done sustainably i.e. it generates income for conservation purposes. Tragically, canned hunting is all about money and the pride of the shoot, rather than protecting the prides. Nothing makes that point better than Ian Michlers 2015 film Blood Lions, a brilliant, hard-hitting documentary that exposes the dark underbelly of South Africas captive breeding and canned hunting industries. Although it is based in South Africa, you will get the message.

As tourism is on the rise again in Zimbabwe, we want to make sure that tourists and tourism providers dont fall into that dreadful trap of thinking that riding elephants, walking with lions or indeed cuddling lions is something that any of us should be doing. It happens around the Victoria Falls region, and it is something that we actively take a stance against at Responsible Travel.
Although on rare occasions, it is suggested that the money earned from it is put towards elephant conservation, in Zimbabwe we dont buy that. It generally doesnt and it is also a tourist trap which involves wild animals being coerced into behaviour that isnt natural to them. And will make their eventual release into the wild nigh on impossible. Read more on our stance on elephant trekking and general advice on wildlife tourism.

"I know of no political movement, no philosophy, no ideology, which does not agree with the peace parks concept as we see it going into fruition today. It is a concept that can be embraced by all. In a world beset by conflicts and division, peace is one of the cornerstones of the future. Peace parks are a building block in this process, not only in our region, but potentially in the entire world."  Nelson Mandela

Zimbabwe gets a lot of negative press, much of it merited. However, there are some wonderfully positive stories going on here too, and the existence of two regions that are members of the Peace Parks Foundation is worthy of note. More formally known as Trans Frontier Conservation Areas (TFCAs), the idea behind them is that conservation can not only work nation by nation, but by creating wildlife corridors across borders, protecting all important habitats from country to country. These are of major importance when it comes to supporting sustainable development through tourism and, in so doing, promulgate peace and stability. The member countries work together to help combat wildlife crime, protect ecosystems, work on disease control, advocacy and political support, as well as supporting community development projects.

Zimbabwe is a member of two TFCAs, with more in the pipeline. The Kavango-Zambezi Trans Frontier Conservation Area is in the northwest, sometimes referred to as the Ivory Route, as it provides a corridor for elephants to move between Angola, Botswana, Namibia, Zambia and Zimbabwe where the Okavango and Zambezi river basins meet. This is the worlds largest such area covering a region the size of France. The other is the Great Limpopo Trans Frontier Park in the southeast corner of the country, opening up a corridor that links Limpopo National Park in Mozambique, Kruger National Park in South Africa and Gonarezhou National Park, Manjinji Pan Sanctuary and Malipati Safari Area in Zimbabwe. Big and beautiful terrain for big and beautiful wildlife including elephant and buffalo.
What you can do
Read up on the work of the Peace Parks, subscribe to them and follow them on social media. But most importantly, do make a donation. In terms of elephant survival and protection from the ivory trade, for example, an industry that the Peace Parks strive to bring to a stop, do please support the work of Born Free. Read more in our article about their campaign, Bloody Ivory, which we also support, sign their petition and help fund elephant protection.

Debby Oscroft, from our Zimbabwe supplier, Sunway Safaris:
Responsible tourism means just that  being responsible. So dishing out sweets or money to kids that congregate around the vehicles really does nothing for them. Firstly it teaches them to beg as they prefer the instant gratification to the long haul of becoming educated and earning a living. Secondly, they cannot afford the dental care that becomes necessary with all the sugar in the sweets. 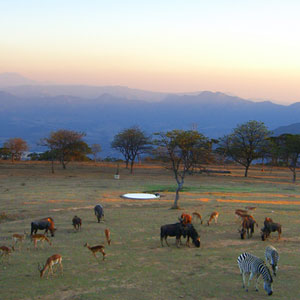 Best time to visit Zimbabwe
The best time to travel to Zimbabwe is now. 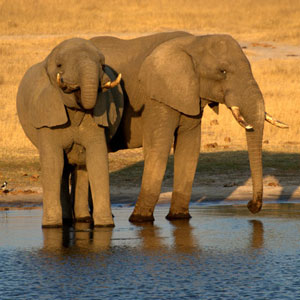 Zimbabwe travel guide
Zimbabwe has been turned upside down and inside out since gaining independence in the 1980s.

Zimbabwe map & highlights
Dont be fooled into thinking that the only thing to see in Zimbabwe is Victoria Falls. 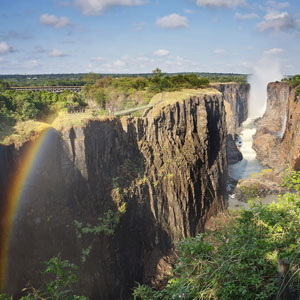 Zimbabwe activities
From river rafting to going on safari, climbing mountains to jumping off bridges, Zimbabwe keeps you on your toes. 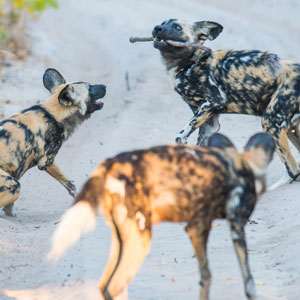 Find out more about combining two Southern African countries in a single trip, in our Botswana and Zimbabwe travel guide. This is the best two for one deal ever; a chance to explore and compare two neighbouring nations on one holiday, seeing diverse landscapes, beautiful national parks, ancient sites and amazing wildlife.